Returning home, these West Virginians are rewriting the poetry of Appalachia

On a recent Saturday at a brewery in Parkersburg, West Virginia — a town known more for its oil and gas museums than its craft beers or arts community — Marc Harshman, the state’s poet laureate, huddled over the bar with two fellow writers to write haikus to their beers.

“Sharp, this bracer / knocks me, falls clear to my heart: / the high should come soon,” Harshman read aloud, and there were laughs. Then he grew serious: “Mornings with Grandma: / deep memories flood through me. / Taste alone did this.”

The brewery was packed with poets and people who appreciate poetry; they had just finished up a reading to celebrate the first anthology of poetry and literary writing from West Virginia published in some 15 years. 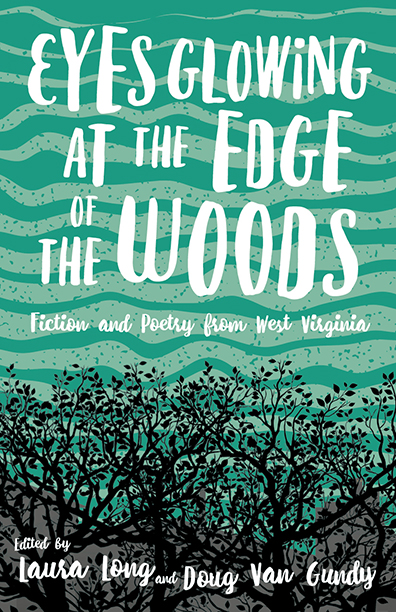 “Eyes Glowing at the Edge of the Woods” is the first anthology of poetry and literary writing from West Virginia in some 15 years.

The poetry read that night, and contained in the anthology, is not what you might expect out of West Virginia, or from regional poetry. For one, it does not fall into the trap of nostalgia or tackle traditional subjects in traditional ways. Instead, it examines, often unsparingly, topics as wide-ranging as environmental dangers, sexual identity, family conflict, discrimination and rebellion. At many points, the poetry asks questions about how to leave the past behind — or at least how to learn to live with it.

“[It is not] the Appalachian poetry that is nostalgic about Grandma’s quilts, and ‘I remember the canned beans,’” poet Doug Van Gundy, who co-edited the anthology, told me.

Its title, “Eyes Glowing at the Edge of the Woods,” is a nod to how animals, seen from a distance, can be as mysterious and little-known to humans as West Virginia is to the rest of the country.

Harshman, who often crisscrosses the state in his role as poet laureate, said the poetry coming out of West Virginia no longer just celebrates rural life and industry.

The anthology, which features 63 fiction writers and poets, has “work that combats stereotypes from a state like this — that it’s a place of lesser sophistication, of lower literacy, conservative in all the worst ways instead of the best ways,” he said.

In his poem in the anthology, called “Shed,” Harshman describes rural life but also warns of its risks: “A man comes to believe almost anything when he lives on the inside of himself long enough,” he writes.

Van Gundy — who left West Virginia for school in Utah, North Carolina and Vermont before coming back home for love — is blunter.

“We’re not just a state of Trumpian contrarians. We’re far more complex than that,” he said, something showing up in the poetry being written there.

Take, for example, the work of Randi Ward, who has two poems in the anthology. Ward also grew up in West Virginia and left — for Denmark, Iceland and the Faroe Islands — before returning home to care for her beloved, ailing grandmother. Her short, incisive poems can raise your hair:

What’s left of her
paces
the sagging porch
wearing one sock,
crying
for the dogs. 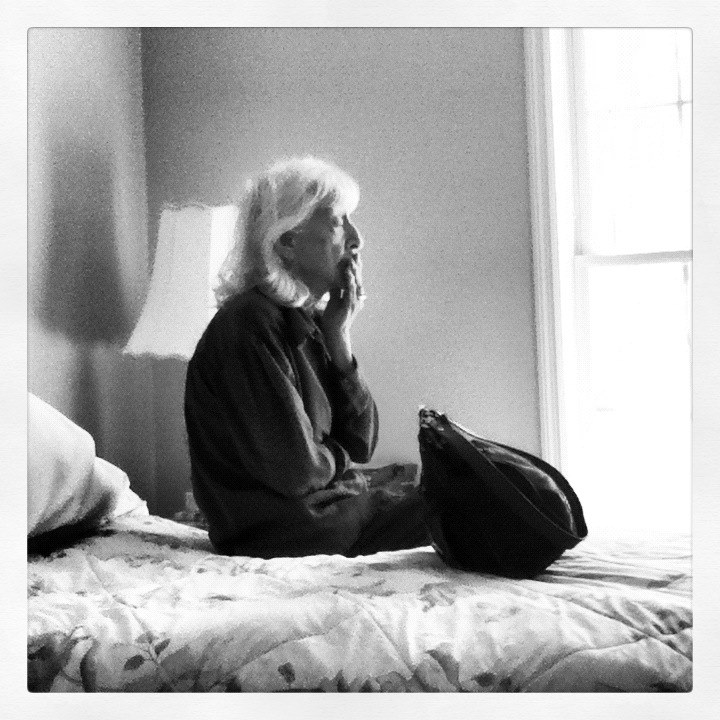 “I would have rather shoved my left hand down a running garbage disposal [than come back]” Ward told me, knowing it was “going to be a dogfight” dealing with a dysfunctional family who struggled with mental illness and the trauma of war. But Ward did come back, she said, and so her poetry often reflects “a moment as trigger.”

This can be seen in her poem, “Daddy Longlegs,” also included in the anthology, which was written after her family farm fell into ruin. As a child, Ward said, it was fun to pick up the daddy longlegs on the farm and ask where the cows had gone, to see if the arachnid lifted its legs in the wind that way. As an adult, after the farm was lost, she felt only guilt and shame:

I’m tired
of asking
you where
the cattle
have gone —
stop pointing
at me.

The struggle of leaving and coming back home is a recurring theme in the anthology. In the poem “Ritual,” poet Kelly McQuain writes about a visit to West Virginia in which he helps his mother get a bat out of the house and then quickly prepares to leave, his bags already packed. “In these ways,” he writes, “we rescue ourselves.”

The anthology, it must be said, does include West Virginians who have left, never to return. It also features writers who have newly arrived from elsewhere and see West Virginia through a different lens. But perhaps the most interesting work is from the poets who had left and were drawn to come back.

“You put in a vine in Australia and a vine in France, and it’s the same root stock but two different grapes. The dirt that you’re grown in makes a difference,” Van Gundy said. “It colors and flavors who you become.”

Van Gundy’s poem in the anthology is about country music; he is the kind of poet that sometimes whips out a fiddle out on stage. It’s a sentimental subject, but he is direct, instead of maudlin, in exploring it. The poems ends with an analogue between musicians and poets who come back, writing of the “voices that got just far enough away, from these mountains, to get flung back home.”

In many ways, these voices did not exist when Van Gundy, Harshman, or Ward were young — or at least they were not accessible to poets like them. 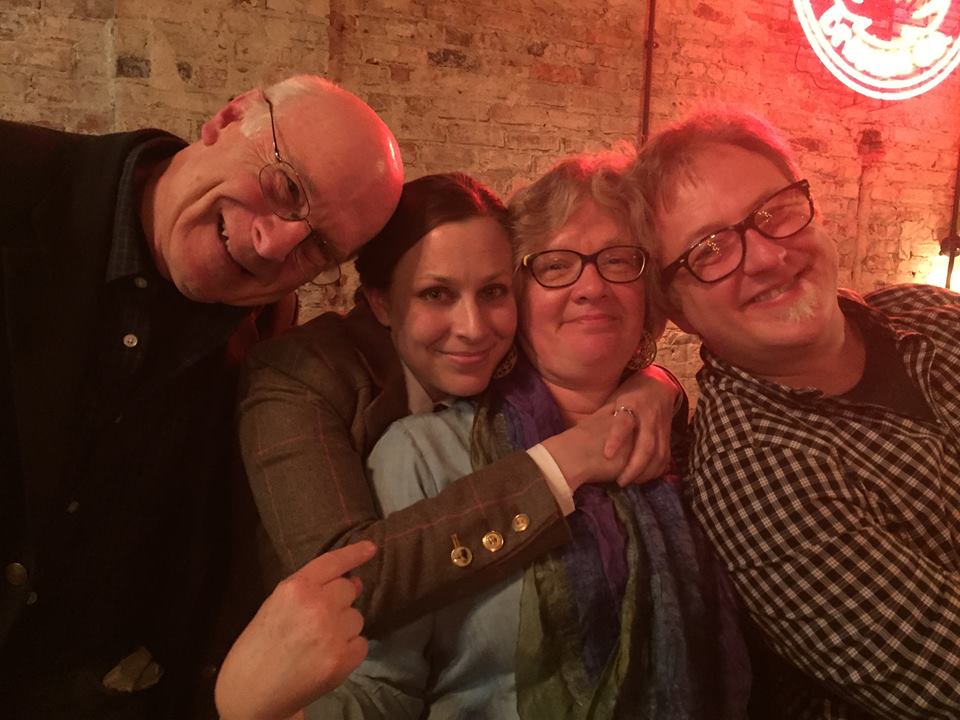 “There was next to zero poetry community when I was a child,” Van Gundy said. Things changed for him at 19, when he somehow came across the poem “Northern Pike” by James Wright, a poet from Ohio; he can still recite it from memory. “[Before that] I didn’t know you could write about crawdads in a poem, and being conflicted about doing what you do as a man in Appalachia … that just opened a door for me.”

As for Ward, she said she was exposed to just one poetry program as a child — but that it “probably saved my life.”

There are also now MFA programs at West Virginia University and West Virginia Wesleyan College, the latter of which was formed just six years ago by the previous poet laureate, Irene McKinney; now deceased, she was described to me as a “force” and “a lightning rod.” Today, the program draws applicants from around the country, and major writers such as Terrance Hayes and Patricia Smith.

The national Poetry Out Loud program, which encourages high schoolers to memorize and recite poetry before a crowd, has also come to West Virginia. Harshman, who is a children’s author in addition to poet, is a judge for the contest, as is Ward.

And, Ward says, teachers are increasingly using contemporary Appalachian poetry in schools. There’s also a growing number of poets who visit those schools “to say: we’re here, we’re alive, we’re doing stuff, you don’t have to go away to do that,’” she said.

Van Gundy hopes that in some small way the anthology, which was given to every high schooler who participated in the Poetry Out Loud contest, can also help.

“I imagine some lonesome kid who is bookish and loves language and loves being here but doesn’t fit in,” he said — a kid, perhaps, like the one he once was — “picks up this book and says ‘Oh, I can stay here, this is permission.’”

“Eyes Glowing at the Edge of the Woods: Fiction and Poetry From West Virginia” is published by West Virginia University Press. It’s available online here.

Left: Poet Doug Van Gundy said "something about the landscape that shaped us" has drawn many poets back. Credit: Abbey Oldham, PBS NewsHour