In ‘Scranton Lace,’ nostalgia for a time and place that no longer exist

After a century of operation, the Scranton Lace Company, one of the largest employers in the area, abruptly closed, mid-shift, in 2002. The mechanization of looms contributed to its end, along with risky investments. The actual building still stands, abandoned.

Throughout its history, thousands of people worked at the Scranton Lace Company, including, incidentally, Hillary Clinton’s grandfather. Many more were touched by the factory, once a major landmark and source of pride for the city, as the world’s largest producer of Nottingham Lace. Among them was Margot Douaihy, whose forthcoming book of poetry, “Scranton Lace,” is nostalgic for a time and place that no longer exists.

“Scranton Lace meant quality products. It was the paragon of finery, but also something very useful,” Douaihy said. “I was really inspired by it growing up, and then confused when it closed.” 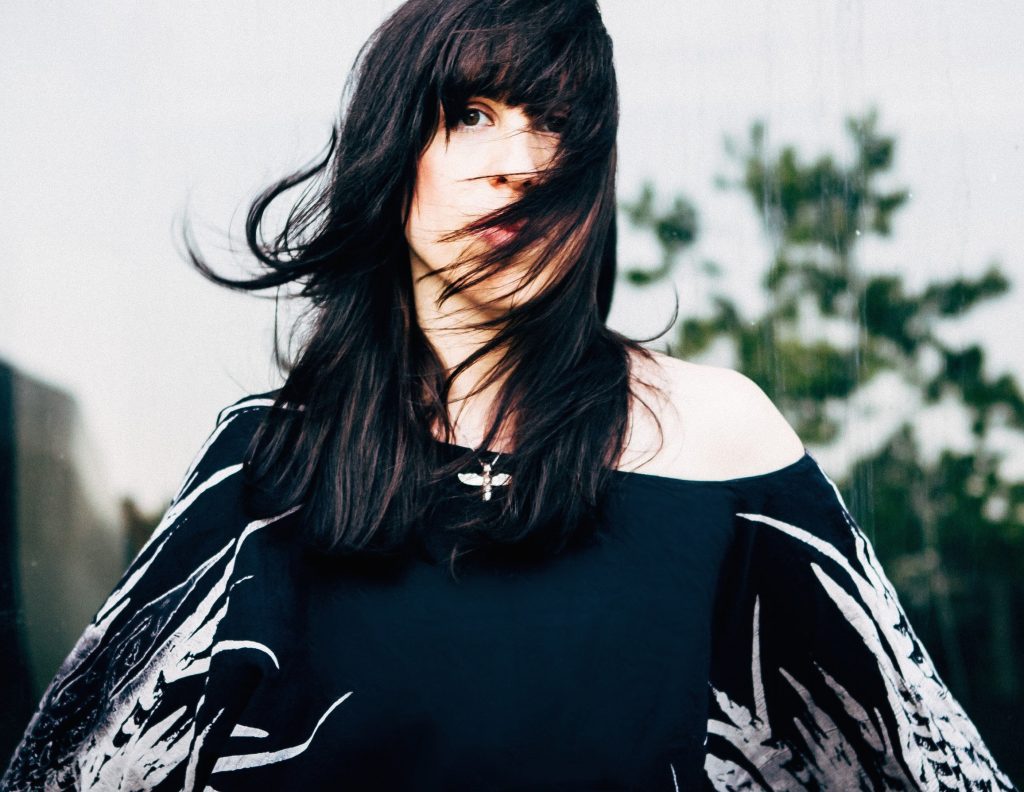 As she worked through that confusion as an adult, Douaihy began to think more about lace as a metaphor, as an object with both physical and negative space.

“Lace is a ruse, see-through, a two-sided mirror,” she writes in the title poem, “Scranton Lace.”  “So many faces hiding within one.”

While the book is a love letter to Scranton, she said, it also acknowledges the Rust Belt’s limits. Growing up queer in an all-American industrial town, Douaihy said “I felt like an outsider, like I was not a part of the town. I had this internalized homophobia.”

Douaihy has since moved away from Scranton and settled in Northampton, Massachusetts, with her partner Bri Hermanson, a scratchboard illustrator who created the drawings for “Scranton Lace.” Scratchboard illustrations are typically made by scratching or scraping lines of cardboard; for these drawings, Hermanson also used physical lace dipped in ink. 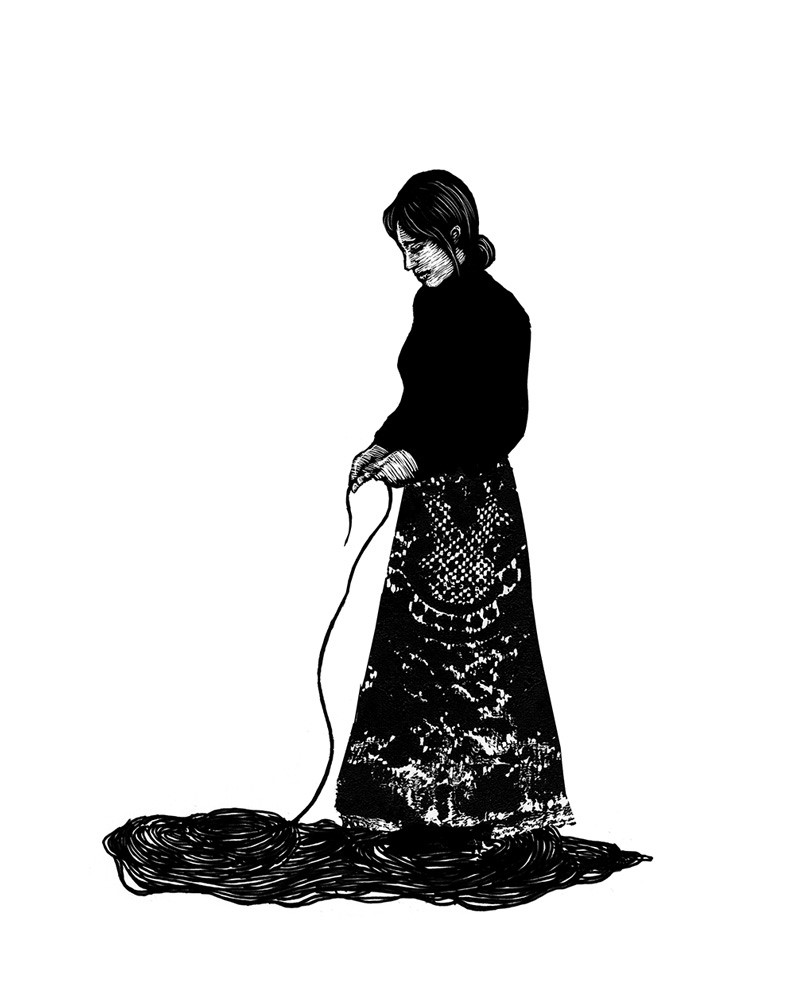 “To make these illustrations, I had to physically cut lace that was made years and years ago in this factory and essentially ruin it,” Hermanson said. “But it also felt really generative, like I was bringing it back to life.”

When I called them, Douaihy was holding a Scranton Lace ring that Hermanson had given her for her birthday. It was inscribed in 1931 to “Dorothy” as a thank you for her decade of service.

In many ways, Douaihy said, she feels a kinship to the shuttered lace factory, and a sense of wanting to protect it. “Because while it’s no longer needed, it’s still there. So I’m asking: what do we do with it? What’s its sense of utility in this moment?” Douaihy said. “I’m still reckoning with that.”

Broken windows fake awake
like marble eyes, lids locked
after the heart stops. Scranton Lace,
elegant ruin, abandoned since her last
bell rang, cutters fired mid-shift.
Time untied when the big clock broke.
Don’t fix it. Why try? There’s no next
act when you’re used. Despite fine
wreaths, doesn’t every graveyard
choke with weeds? Headstones so bored
the undead aren’t sure where to haunt;
dates faded, names imbibed by granite.
In Vulgar Latin, Lace means entice,
ensnare. The factory tricked me every day
as I drove to school, gutters buckling
with pigeon nests. Grandest banisters
in town flaking rust. Dust, love letter
of age, how dare you. Lace lives
in rewind, tin migraine of a glue high.
Each loom taunted by memories of spin,
gears desperate to grind. What is a blade
but an ache to cut? No money to repair it,
tear it down. Welcome sign still floats
above closed doors like elixir so old
it’s turned to poison, slow stripping inside.
In the parking lot, I slept off my first
hangover, learned how much whiskey
I needed to black out: one fist. I fell in lust
with the waitress at the diner behind The Lace.
We kissed in her trailer Friday nights
when her boyfriend hit the late shift.
She called me T. Because I’m trash? I asked.
Because you’re tiny, she laughed.
Your hands, they’re so small.
She was new to women—I was barely one—
but we understood lace, negative space,
code of openings, frames blinking
between braids. Lace is a woman
who is here & nowhere, intact but full of holes.
Lace is an old curse & after the reverse spell
the ruined part of you never fits quite right.
Lace is a ruse, see-through, a two-sided
mirror; so many faces hiding within one.

Below, listen to Douaihy read “Scranton Lace.” Editor’s note: This poem has been excerpted from the original.