Iran’s national poet Simin Behbahani died Tuesday of heart failure at the age of 87, according to the country’s official news agency.

Behbahani was an iconic figure of modern Persian literature, affectionately referred to as “the lioness of Iran” by the literati of a country that treasures poetry as its national scripture.

Born in June 20, 1927, Behbahani published her first poem at the age of 14 and went on to write 19 books of poetry in six decades. Many of her poems were turned into love songs by Iranian singers, but Behbahani is best known for writing about the daily events in Iran. She expanded Persian verse by weaving Iranian history and the challenges facing her country following the Islamic Revolution in 1979.

In 1999 and 2002, Behbahani was nominated for a Nobel Prizes in Literature. She was awarded the Simone de Beauvoir Prize for Women’s Freedom in 2009. 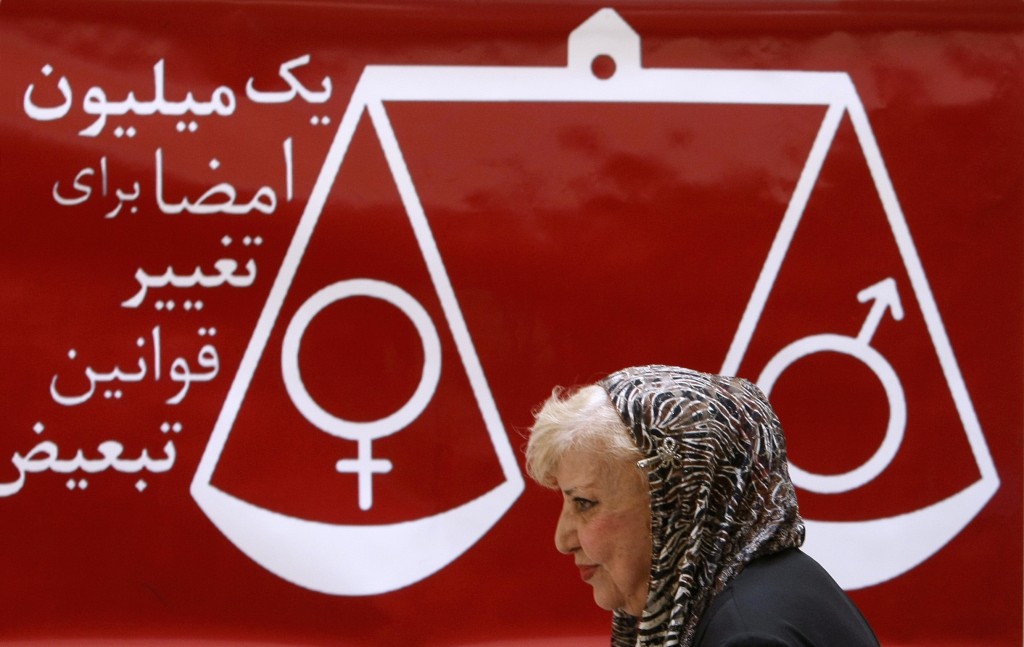 Iranian poet and women’s rights activist Simin Behbahani walks past a banner reading “one million signatures to change the biased laws” during a press conference in 2007 in Tehran. Photo by Behrouz Mehri/AFP/Getty Images

In 2010, she was invited to speak and read some of her poetry at the International Women’s Day celebration in Paris, but she was detained at the airport in Tehran. After a full night of interrogation at the age of 82, her passport was eventually confiscated and she refused permission to leave Iran.

Behbahani’s English translator, Farzaneh Milani, a professor at the University of Virginia who specializes in female writers in Iran, spoke to the NewsHour about the prominent poet in 2010.

“Simin Behbahani recognizes the power of words, and she has used them to write a different kind of history of Iran. I sincerely believe that the history of the last three decades of Iran, especially after the revolution, can be best studied through her poetry,” said Milani.

“Because she is not an ideologue, because she doesn’t belong to any political party, because she loves the country she lives in, she has presented an image that is fair and judicious, that is complicated and multilayered.”

Watch PBS NewsHour’s segment on the writings of Simin Behbahani, as told by English translator and scholar of women writers in Iran, Farzaneh Milani.

This story is cross-posted on the Rundown.

Left: Simin Behbahani, seen in this Feb. 10, 2007, file photo, was one of Iran's most prominent writers. She died Tuesday at the age of 87. Photo by Romissa Mofidi