Anne Waldman’s newest poetry collection reads like a spellbook — a mix of prose, verse, illustration and photography, woven together like the instructions to a ritual. 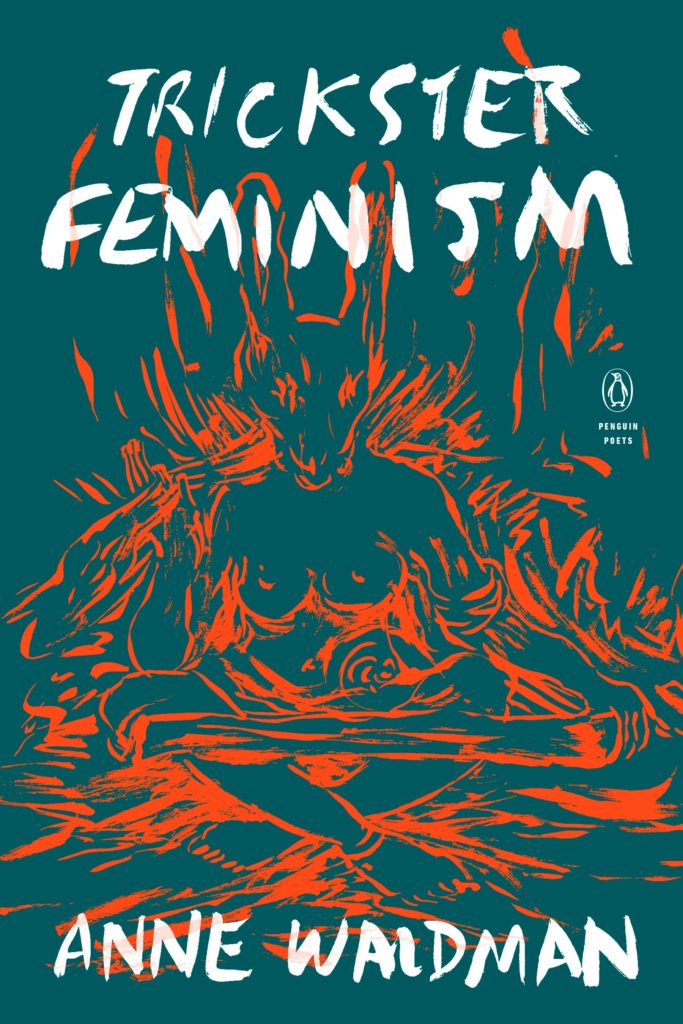 But the incantatory poetry of “Trickster Feminism” is practical magic, Waldman’s way of meditating on — and taking action against — what she says are increasingly difficult times.

Waldman lives in New York City and was inspired by the almost weekly protests she’s witnessed since the 2016 election. Like June Jordan’s poetic chronicling of Harlem in the ‘60s, Waldman said she was inspired to channel her anger and frustration through poetry as a “useful language.” To her, finding a way to work out those feelings “was almost like a vow.”

With pressing issues like climate change, nuclear conflict, immigration and women’s rights on the line, Waldman said she’s worried about the way current events will unfold. While she said she has confidence that people will eventually “wake up” to injustice, she wondered how poetry could be a mechanism for change that is both direct and imaginative.

In the new collection, she imbues her feminist voice with that of the “trickster,” a mythological entity — usually a male figure — known for using intelligence, cunning and mischief to break rules and fight against power and convention.

The first poem of the book, “trick ‘o death,” introduces readers to the clever creature Waldman claimed as her feminist protagonist. The piece is physical, chant-like:

Interwoven with her language of frustration over the woes of the world, Waldman maintains a sense of “gleeful female empowerment” through light — sometimes comical — shifts in energy.

Waldman riffs off the names of iconic female writers in her poem “Entanglement,” bouncing between literary heavyweights Mary Wollstonecraft, Audre Lorde, Marianne Moore and Gertrude Stein in a playful way:

Girt intrudes and les beings all grounded to this task
Move a century a few inches: stein is stone

Wren a line over brooks

Deploying levity and playful moods is a survival mechanism for Waldman, who describes the work as apotropaic — infused with the power to ward off evil.

working with willow rods that’s the method, bring great bundles of them,
put on the ground scatter them pronounce them, saying:

willow rods, very consoling we’ll clear the ground you don’t have to be a Scythian . . .
and then the ones behaving more like women use a different method they take a piece of the inner bark of a lime tree
cut it into many pieces
which they keep twisting and untwisting around their fingers as they make effigies of themselves, willow rods of women saying:

“there’s one we lost to negligent wind” “another one burned up”
“one folded down a sparrow’s cheek” “how many turnings in a twisty one?”

a million, more than you can ever hold makes the pronouncers happy surveyors of tractor and sage
and when all goes out

remember eclipse telling you this could all go out women too? women go out?

but for love & mystery willows rods, willows rods you know this, women
to fool the hearts of men

staying up all night, notice the moon and its macabre signal and hemp vapor tents on the horizon
walk upside down in the footprints of the living 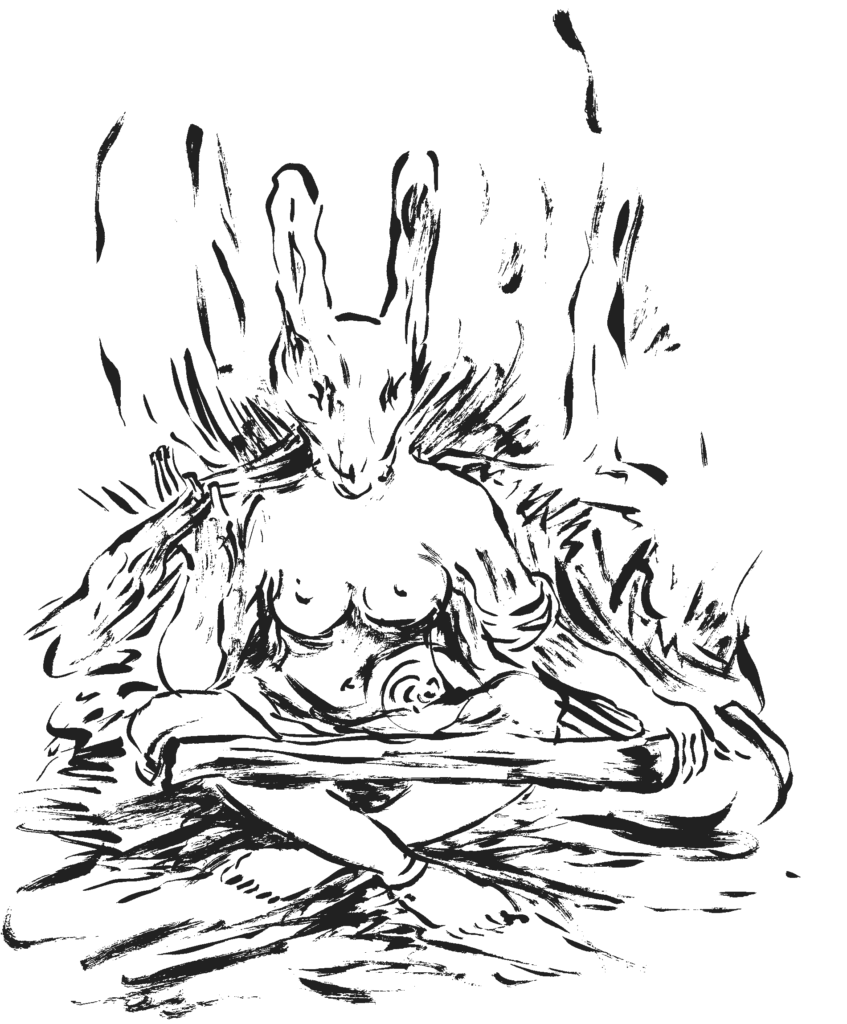