This poet gives voice to the violence along the U.S.-Mexico border

Living on the U.S.-Mexico line between Ciudad Juárez and El Paso, Sasha Pimentel and her University of Texas students have been touched by border violence, witnessed the drug wars and an epidemic of femicide. Her classes are never short of harrowing stories. 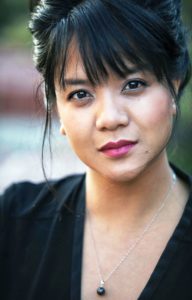 One of Pimentel’s nonfiction students, an undocumented immigrant, feels his breath catch at the sound of police sirens or on the steps of official brick buildings. He wrote one of his essays about his stepmother, who was raped by narcos in front of his father.

Another student came to her office to apologize for missing her poetry class because the cartel had raided the family home. Yet another describes sitting in a casino as a group of armed men rushed in and began shooting.

Pimentel is an immigrant herself; she was born in the Philippines and lived abroad before eventually moving to Texas to teach. Her latest collection, “For Want of Water,” is a culmination of her experiences living on the border, and a response to what she said has become a normalization of violence and disappearances. 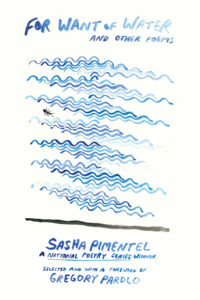 She said she writes to give voice to violence “so unseeable, so irreconcilable it hurts so much to say.”

“For me, a central question started kind of evolving,” she said. “How do we live our daily lives, how do we pour the coffee, how do we open the car door, how do we touch our lovers, while people are dying around us?”

While El Paso, Texas, has been ranked one of the safest cities in the U.S., Juárez continues to rank as one of the most violent in the world.

Violent crimes against women, often impoverished factory workers, also plagued the city for years. Pimentel says the border isn’t all violence, but “there is a strong violence that these women have had to live against, and that’s silenced.” Pink crosses greet visitors crossing from Texas in memory of the hundreds of women and girls brutally killed and dumped in Mexico’s deserts since the 1990s. The issue reached such magnitude that the United Nations Entity for Gender Equality and the Empowerment of Women called the violence “a pandemic.”

“How do we live our daily lives, how do we pour the coffee, how do we open the car door, how do we touch our lovers, while people are dying around us?”

Pimentel asked herself what poetry could possibly do in the face of all the death that surrounded her community; poems were a way to speak out against atrocities she felt were being silenced.

The title poem in her latest collection, “For Want of Water,” traverses the border between silence and language and retells a true story of a young migrant boy who dragged his mother’s body across the border into Texas. It is the collection’s most important poem, according to Pimentel.

Read Pimentel’s “For Want of Water” here, and listen to her read the poem below.

Born in Manila and raised in the U.S. and Saudi Arabia, Sasha Pimentel is a Filipina poet and author of “For Want of Water” (Beacon Press, 2017), selected by Gregory Pardlo as a winner of the 2016 National Poetry Series, and “Insides She Swallowed,” winner of the 2011 American Book Award. Her work has appeared in New York Times Magazine, Poets & Writers, American Poetry Review, Guernica and New England Review, among others. She teaches poetry and creative nonfiction as an associate professor at the University of Texas at El Paso, on the border of Ciudad Juárez, México.

Left: Crosses are erected in Ciudad Juarez in 2008, in memory of some of the women murdered in the city since 1993. Photo by REUTERS/Henry Romero