Watch this 7th grader use slam poetry to tell girls: ‘You are good enough’

Posted by Queen Creek Middle School on Tuesday, May 23, 2017

When Olivia Vella’s seventh grade teacher asked every student to write a monologue on a topic about which they were passionate, Vella immediately knew what she wanted to say. She wanted to tell girls her age that they were talented, smart and beautiful — no matter how often they were told otherwise.

The slam poem, which Vella performed for her class and on video, begins with a list of ways a girl can fit in — trendy outfit, styled hair, tight Converse shoes. As Vella’s voice shakes, she begins to ask: “Why am I not good enough?” But by the end of the poem, she’s turned the question on its head. “You are loved. You are precious … You are deserving of respect,” she tells the room. “And most of all, you are good enough.”

“I think that you just go to the store and you see this magazine that says: ‘Look at this new way to lose weight.’ Or you see this perfect selfie of someone,” she said, speaking by phone from Queen Creek, Arizona, where she attends Queen Creek Middle School. “And this society wants everyone to be perfect and just be like objects.” 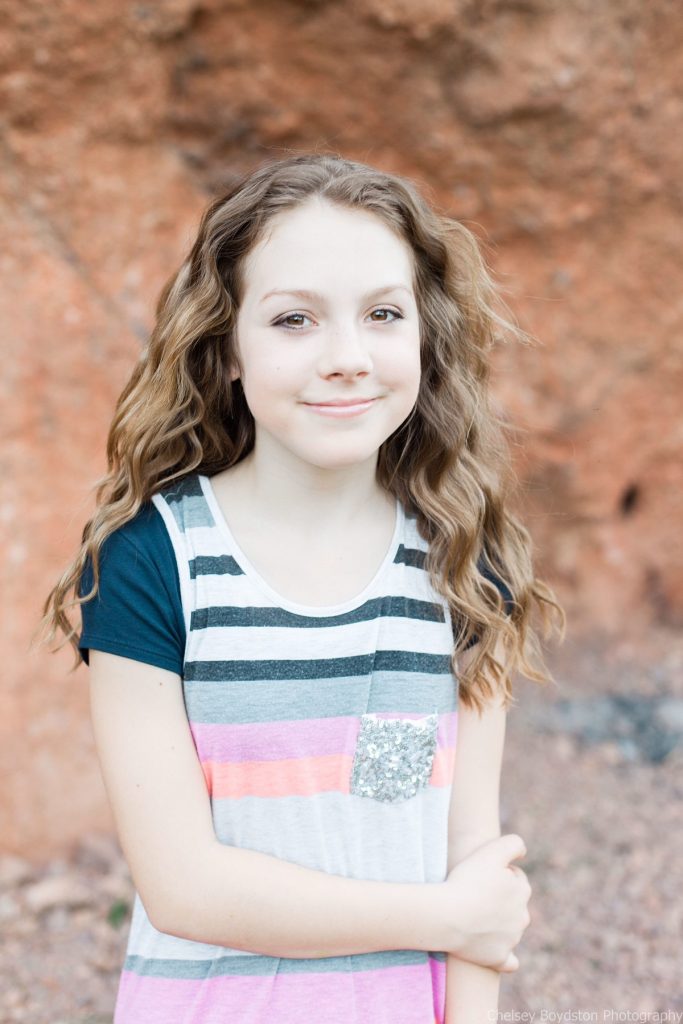 Other kids in the class wrote personal poems, too: about preparing for a parent’s divorce, being separated from family, or having people in class copy your work. But no poem resonated so much as Vella’s.

“Girls were crying. Boys couldn’t stop looking at Olivia in awe,” her teacher, Brett Cornelius, said of the moments following the performance. “It changed [how] they viewed her. And then they were clapping and cheering.”

Vella’s poem resonated beyond the classroom too. A video of her performance of the poem on the middle school’s Facebook page now has 192K views; it has also been reposted on YouTube.

One commenter wrote that though she was 63 years old, the poem spoke to her, because “many of the things you said were things that I struggled with so many years ago … The hair, make up, right clothes, dumbing myself down. I never had the courage to fight back.”

Vella says that the response she has gotten nationwide has been “good overwhelming” and that she’d like to write more slam poetry. Cornelius said he thinks students connected with slam, or spoken word, poems because of how they can be both personal and performative.

“We watched a lot of slam poetry, and these poets were saying all these things kids think and feel every day but don’t have the outlet to say,” he said. “And then these poems gave them the courage to say it.”

Watch Vella perform her poem in the player above.