Listen to Peter Cole read his poem “Song of the Shattering Vessels” from his newest collection “The Invention of Influence.”

Song of the Shattering Vessels

Either the world is coming together
or else the world is falling apart–
here–now–along these letters,
against the walls of every heart.

Today, tomorrow, within its weather,
the end or beginning’s about to start–
the world is impossibly coming together
or very possibly falling apart.

Now the lovers’ mouths are open–
maybe the miracle’s about to start:
the world within us coming together,
because all around us it’s falling apart.

Even as they speak, he wonders,
even as the fear departs:
Is that the world coming together?
Can they keep it from falling apart?

The image, gradually, is growing sharper;
now the sound is like a dart:
It seemed their world was coming together,
but in fact it was falling apart.

That’s the nightmare, that’s the terror,
that’s the Isaac of this art–
which sees that the world might come together
if only we’re willing to take it apart.

The dream, the lure, isn’t an answer
that might be plotted along some chart–
as we know the world that’s coming together
within our knowing’s falling apart. 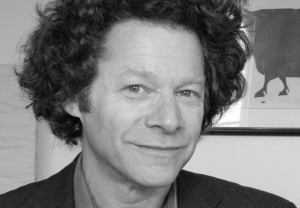 “The Invention of Influence” is Peter Cole’s fourth book of poetry. Named a MacArthur Fellow in 2007, Cole is also known for his translations, including “The Poetry of Kabbalah: Mystical Verse from the Jewish Tradition” and “The Dream of the Poem: Hebrew Poetry from Muslim and Christian Spain, 950-1492.” Cole lives in Jerusalem and Connecticut.