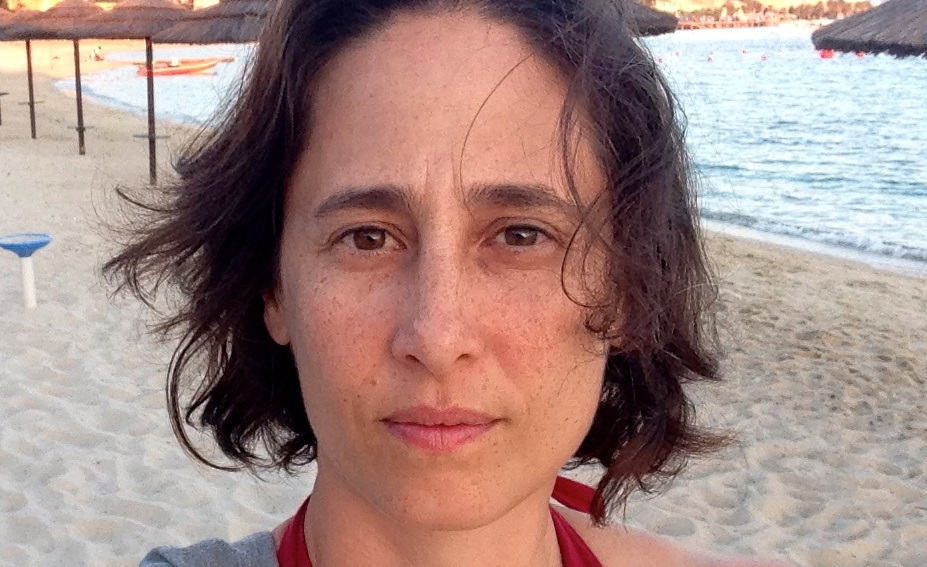 Rachel Zucker was once told that poets either write out of noise or out of silence and she has no doubt which category she falls into.

Zucker just published a new collection of poems called “The Pedestrians.” A native of New York, she has lived in the city for almost her entire life, which has greatly influenced her poetry.

“Being a New Yorker is very intrinsic to my personality,” Zucker told Art Beat. “New York has always shown up in all my poems, but in this book, I was really interested in being more explicit about it and not just writing about New York, but writing in a way that somehow mimicked the experience of living in New York.”

She wrote poems in forms that felt “rushed” and “chaotic,” that implied many voices, what she calls “high population density poetics.”

“In a way it’s a very, very private sort of solitary poem of a single voice talking about wanting to get even more and more quiet and more and more focused and more and more alone … we normally think of loneliness as a really bad thing, but once you have a lot of people in your life in close proximity to you, loneliness takes on a new appeal.”

Listen to Rachel Zucker read “i’d like a little flashlight.”

i’d like a little flashlight& I’d like to get naked & into bed & be
HOT radiating heat from inside these
blankets do nothing to keep out the out keep
my vitals in some drafty body I’ve got in & out
in all directions I’d like to get naked into bed but
HOT on this early winter afternoon already
dusky grim & not think of all the ways
I’ve gone about the world & shown myself
a fool shame poking holes in my thinned carapace
practically lacy woefully feminine I’d like to get
naked into bed & feel if not hot then weightless I
once was there a sensory-deprivation tank
Madison WI circa 1992 I paid money for that
perfectly body-temperature silent pitch-dark tank
to do what? play dead & not die? that was before
e-mail before children before I knew anything
just the deaths of a few loved ones which were poisoned nuts
of swallowed grief but nothing of life
or life giving which cuts open the self bursting busted
unsolvable I’d like to get naked into the bed of my life
but hot HOT my little flicker-self trumped up somehow
blind & deaf to all the dampening misery of my friends’ woes
I’d like a little flashlight to write poems w/ this lousy day
not this poem I’m writing under the mostly flat
blaze of bulb but a poem written with the light itself
a tiny fleeting love poem to life a poem that says
Look here a bright spot of life oh look another!

That desire for a sense of quiet is a direct response to the “crush of the whole city” around her.

“I’m not sure that I would have felt the call to write that poem if I were living in beautiful rural Vermont or something, and that my outside world was very quiet and sparse and bucolic. That desire that I talk about in that poem is inspired by the feeling of being one person almost in a borg cube amidst so many other people, so many other consciousnesses and voices and needs and desires.”

For Zucker, it’s the noise of New York that inspires her.

“i’d like a little flashlight,” from “The Pedestrians.” Copyright © 2014 by Rachel Zucker. Reprinted with the permission of Rachel Zucker and Wave Books, Seattle, Washington.