Poetry Mar 17, 2014 11:13 AM EDT
Thinking about the MoonAs a child I thought the moon
existed only at night:there it was
in the dark sky.

but it wasn’t the real one.
It was that other one.

The real moon had moonlight,
silver and blue

And the full moon was so big
it seemed close, but

“Thinking about the Moon” is reprinted by permission from Collected Poems (Coffee House Press, 2013). Copyright © 2013 by Ron Padgett. 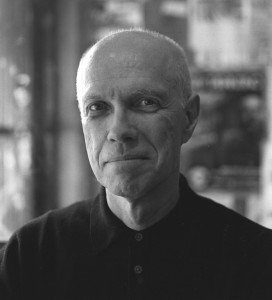 Ron Padgett is an American poet, essayist, fiction writer, translator and member of the New York School. His latest book “Collected Poems” is a compilation of his works from 1960-2004, including 11 previous publications and dozens of uncollected poems. Padgett is the recipient of awards and fellowships from the Guggenheim Foundation, the American Academy of Arts and Letters, the Poetry Society of America, and the National Endowment for the Arts and was a 2012 Pulitzer Prize finalist in poetry. His work has been translated into 18 different languages.