Tightly wound hands pull at a tangle of firearms with fingers poised on the triggers in Michel de Broin’s “War of Freedom,” a sculpture made with decommissioned guns from the streets of New Orleans.

The work is part of a larger project called “Guns in the Hands of Artists,” in which weapons from a gun buyback program were distributed to more than 30 artists who used them to create art addressing contemporary gun issues. A photo of the sculpture is also featured on the cover of Dorothy Barresi’s latest poetry collection “What We Did While We Made More Guns, slated for release March 8.

“I really do believe that America’s economic failures for individuals leads to this sort of excess of feeling powerless, needing to be visible somehow, to be seen,” she said. “And unfortunately it so often channels into violence.”

Americans are more anxious than ever about the state of the country. The American Psychological Association’s most recent Stress in America survey reveals some of the highest American stress levels to date.

Fifty-nine percent of Americans — including many who have lived through World War II, the Vietnam War, the Cuban Missile Crisis or 9/11 — said they consider this “the lowest point in our nation’s history that they can remember.” Sixty-three percent of participants, that’s two-thirds of Americans surveyed, said “the future of the nation” is a significant source of their worries.

“What We Did While We Made More Guns” examines Americans’ anxieties and moral uncertainties in poems on international torture, war and police brutality.

The collection’s title piece is about the torture at Abu Ghraib. In another poem, “LAPD,” Barresi describes violence toward the mentally ill, often misunderstood by law enforcement. She writes of “a still boy/ (who muttering to himself all morning paced the center divide/ palsied, rope-burned by exhaust)/ cooperates fully at our feet.” 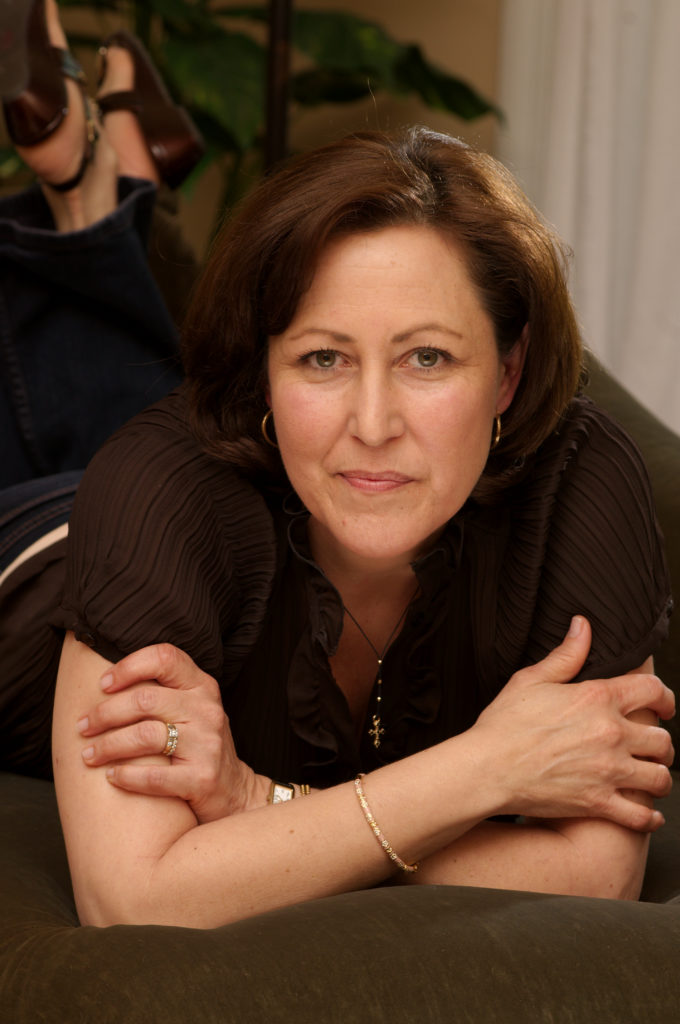 “My concern is that…the very sense of freedom becomes sort of perversely twisted, if you will, so that it’s alright to believe anything as long as you believe it intensely,” she said. “In some ways, to me, that’s the most frightening thing about what’s going on right now politically, the idea that one can erode the sense of fact and supplant it with intense belief.”

She points to “fake news” and the power of the gun lobby as examples, adding that she’s ready for a Time’s Up movement on gun control.

She finds solace, she said, in the hope that our younger generations will force change.

“But I hate to think of how many more people will die between now and then.”

Read Dorothy Barresi’s “What We Did While We Made More Guns” below.

What We Did While We Made More Guns
By Dorothy Barresi

Prayed.
Dug mass graves.
Raped the daughters of the enemy, who,
in their terror,
turned back into swans.
Placed war orphans in loving homes.
Pinned honorifics
to field-dressed shadows,
recruited hommes noirs
to fill empty jail cells and swans
with their coruscating metallic cries
to lend comic grace
to memorial fountains.
The exchange of gifts, the games, the tilts, the jousts
the masques,
proceeded without irony.
The year’s cotillion was elegantly attended
by debutantes in a glowing
orange and red silk tent
before an amputated audience
of officers, some crying,
some propped on tiny
keepsake pillows.
We prayed.
Prayed for peace
through victory.
Sang the old hymns—
It’s me, it’s me, it’s me, oh Lord….
Planted winter wheat. Let it rot,
the alcohol smell sweet and scouring.
Planted corn.
Ate the mice that overran the field
instead, blood and small hides
in our cupped hands, and
purpose,

our hair
dripping as though we had just stepped
from a bath with our beloved.
The dead we have with us always.
Livestock were fed broken chocolate bars
to fatten provisions
quickly.
Guts ruined, they bellowed all night
but we were sleeping
only two or three hours now,
there was so much to do—
tunnels to torch,
missile silos to polish with our hair.
Cops and
students of political science
orated like gods in parking lots
decorated with thousands of yellow ribbons,
red searchlights
scalded the possible flight paths
of our urgency, everyone useful, finally, everyone
making corrections
to sacrifice,
beauty to conviction.
Paying prisoners of war
one bucket of water
for the truth.
Two if it wasn’t any good.

Dorothy Barresi is the author of five books of poetry: What We Did While We Made More Guns, American Fanatics, Rouge Pulp; The Post-Rapture Diner, winner of an American Book Award, and All of the Above. She is the recipient of Fellowships from the National Endowment for the Arts and the North Carolina Arts Council. Her poems have appeared in numerous journals including Volt, Pool, New Ohio Review, Poetry, Ploughshares, and The Gettysburg Review. She is a Professor of English at California State University, Northridge.