For many, “Infinite Jest” is a kind of sacred work. A magnum opus that can challenge readers simply to finish. The “defining work of the 1990s.” One of the greatest books of all time. Or something to be literally consumed.

For poet Jenni B. Baker, David Foster Wallace’s postmodern epic on tennis, recovery and entertainment, is text material for her poetry. Since 2013, Baker has been making poems out of “Infinite Jest” by erasing much of the text, and creating a new piece of writing from what’s left behind. 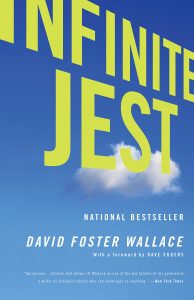 “It’s a challenge when working with a source text, because you want to interpret a text in a way that’s new and inventive, and not a poetic retelling of the original thought,” she said. “While traditional poets start with an idea and find the words, with erasure you start with the words and find the idea.”

Baker has done erasure work before, including an extended series of erasures of a 1960s Boy Scout handbook, and a commentary on the recent election where she blacked out text from the Grimm Fairy Tales. But erasure of Wallace’s work felt like it had a special significance, she said, because of the author’s death by suicide in 2008 after he struggled with depression for much his life.

“Part of what drew me to this project was feelings of grief about [Wallace’s] suicide,” said Baker. “Because you have this feeling that somebody wrote this thing that you loved, that they will be no more, and that there will not be anything more like this. Death is a form of erasure — we are all erased. So it felt like a fitting a tribute to him.”

In the end, Baker plans to do a poem for every page of the 1,079-page novel. She is currently up to page 325. Below, read some of those poems, which range from three words to dozens, from questions to provocations, and from the quiet and plainspoken to the increasingly urgent. 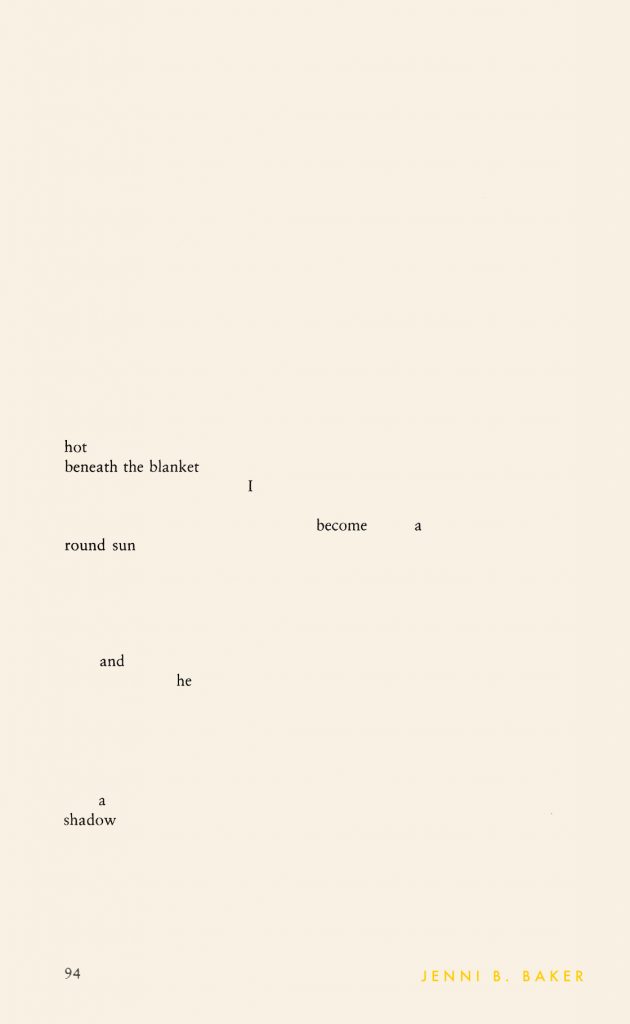 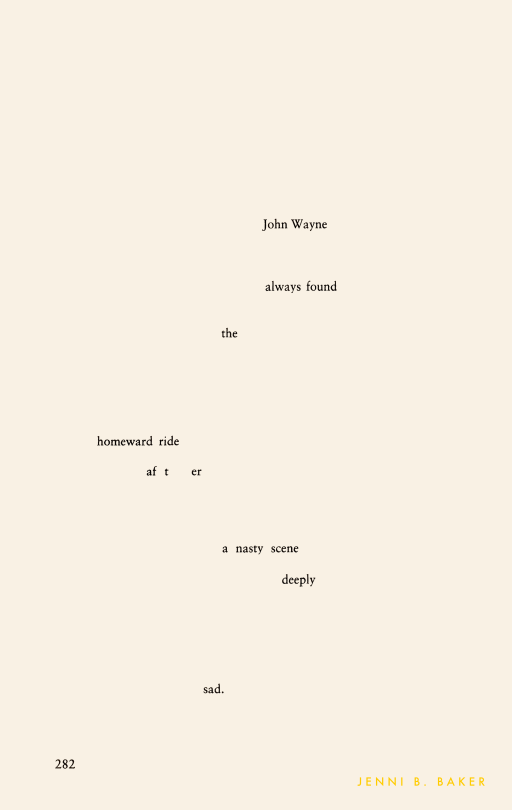 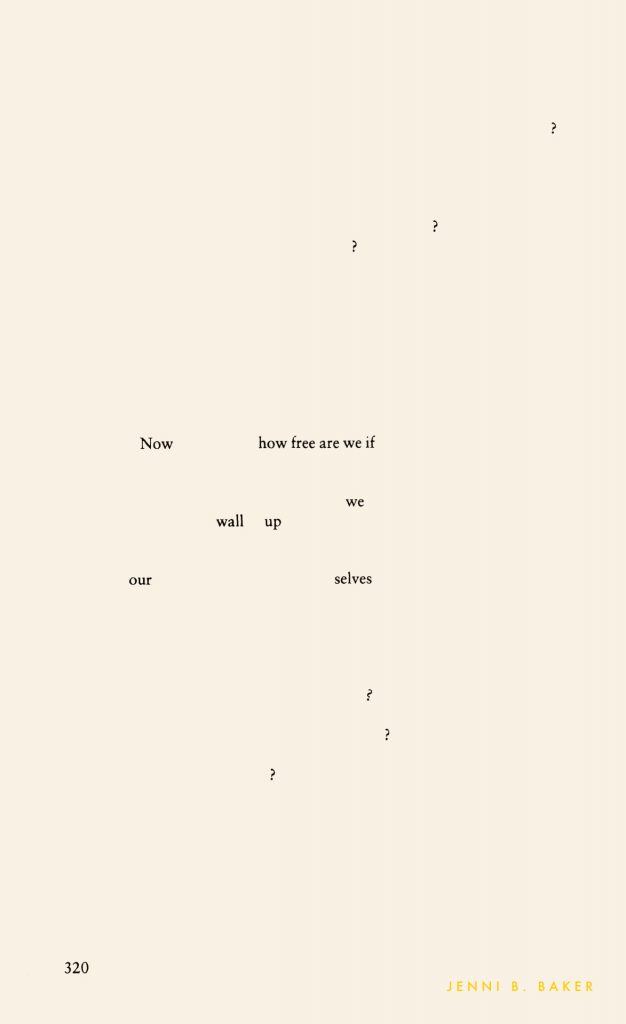 Jenni B. Baker is the co-founder and projects director of Container, a publisher of text objects. Her chapbook, Comings/Goings, generated by applying Oulipian constraints to Washington Post articles, was released in 2015; additional work appears in publications such as The Journal, Hayden’s Ferry Review, Whiskey Island and Washington Square. She is the recipient of a 2017 Individual Artist Award in Poetry from the Maryland State Arts Council.

Left: Images by Jenni B. Baker