Prince, whose unique blend of funk, soul, hip-hop and pop earned him top honors in music and millions of fans worldwide, died Thursday at 57, his publicist Yvette Noel-Schure told the Associated Press.

Authorities responded Thursday morning to an emergency call at his studio in Chanhassen, Minnesota, at 9:43 a.m. local time. The musician had been hospitalized following an illness earlier this week that caused his private jet to make an emergency landing in Illinois while en route to his home outside of Minneapolis. Representatives for the singer say he had been battling the flu for several weeks.

The singer was born Prince Rogers Nelson in Minneapolis in 1958 to John L. Nelson and Mattie Shaw. The two would divorce before he was 10 years old, an event that critics say affected him greatly.

Watch Watch Prince wail on ‘While My Guitar Gently Weeps’ on PBS.

The artist, who was inducted into the Rock and Roll Hall of Fame in 2004, sold more than 100 million records in his lifetime. He is on Rolling Stone’s list of 100 greatest artists.

Straddling the era of pop in the 1950s and the budding rock of the 1960s, Prince took genre-blending and musical experimentation to a new level.

His first album, “For You,” came out through Warner Bros. in 1978. Critics saw potential in his “canny combination of coy lyrics, tricky drumming, and layered harmonies,” Michaelangelo Matos wrote for Pitchfork. 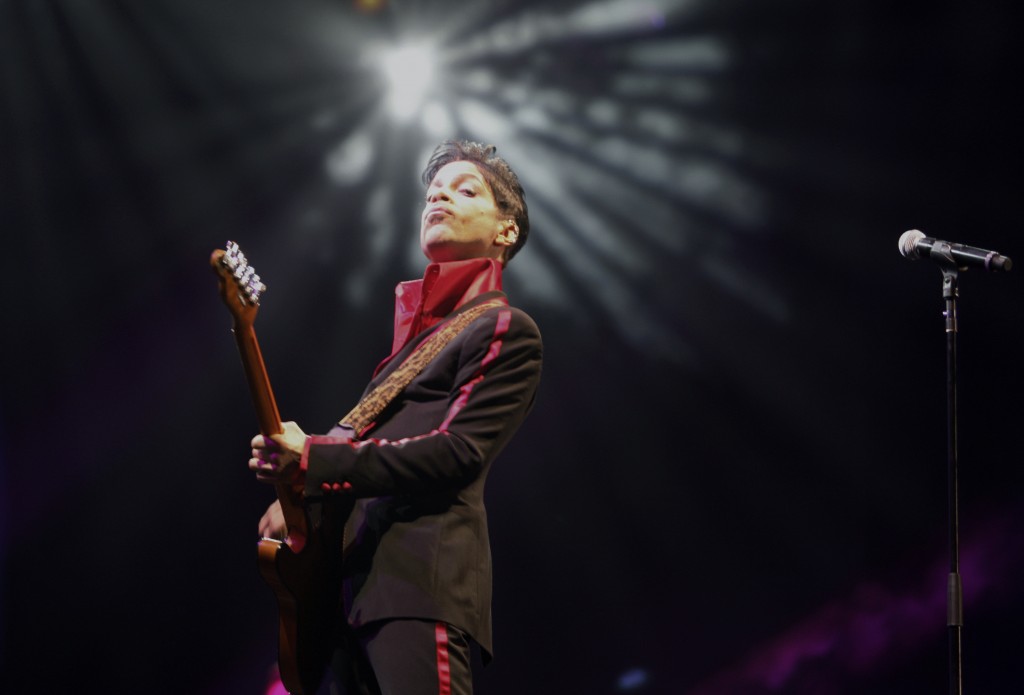 But it was his 1982 smash hit “1999” that launched him to international superstardom. Some of his most memorable singles include “When Doves Cry,” “Little Red Corvette” and “Kiss.”

Prince won seven Grammys over the span of his career and an Academy Award for Best Original Score for “Purple Rain” in 1985. The soundtrack of the same name sold more than 15 million copies worldwide that year. Prince was known as a master of several instruments including guitar, drums and piano.

In 1993, he changed his name to the “love symbol,” a logo with no known pronunciation which combined the gender symbols for male and female. It was commonly noted in print as “O(+>.” The move earned him the nickname “The Artist Formerly Known as Prince,” and seven years later, he changed his name back to Prince.

At Super Bowl XLI in 2007, he lit up the stage during a heavy rainstorm in what would become one of the most iconic performances of his career. Bruce Rogers, production designer for the event, said that when Prince was asked if he could perform in the rain, he asked, “Can you make it rain harder?” 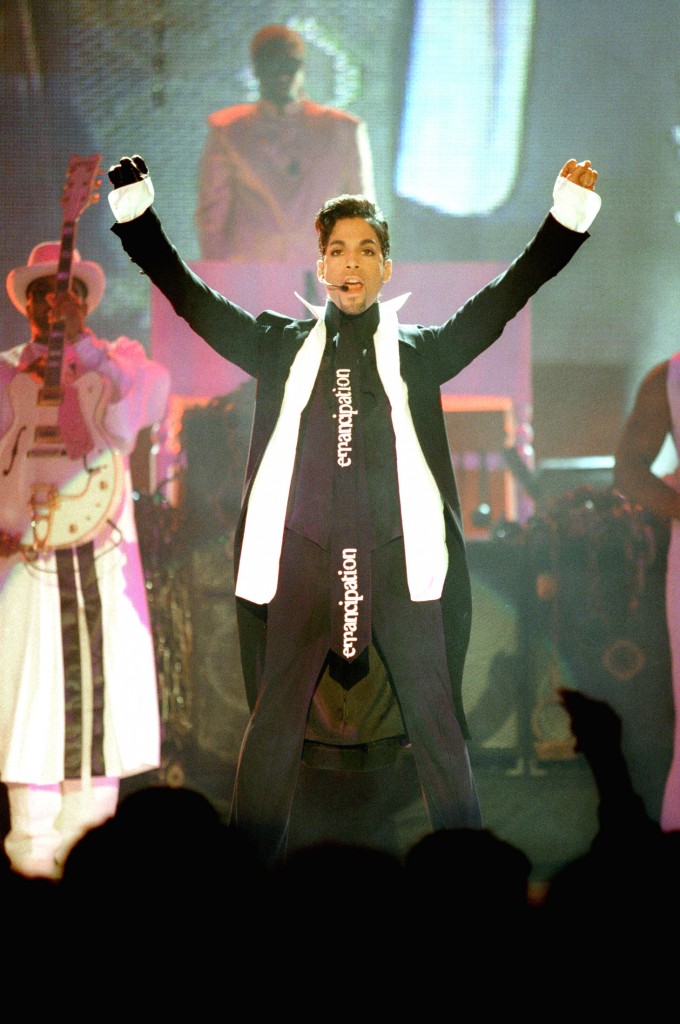 The artist formerly known as Prince performs at the Brit Awards, the UK’s premier music awards at Earls Court in London, Feb. 24, 1997. Photo by Kieran Doherty/Reuters

He also became an advocate for artists through his own battle for independence from his record label, Warner Bros. He fought the label for ownership of his work, even once writting “slave” on his face in protest. Prince parted ways with Warner Bros., but returned several years later. He remained protective of his material, fighting to keep videos and songs off of popular online platforms like Spotify and YouTube. 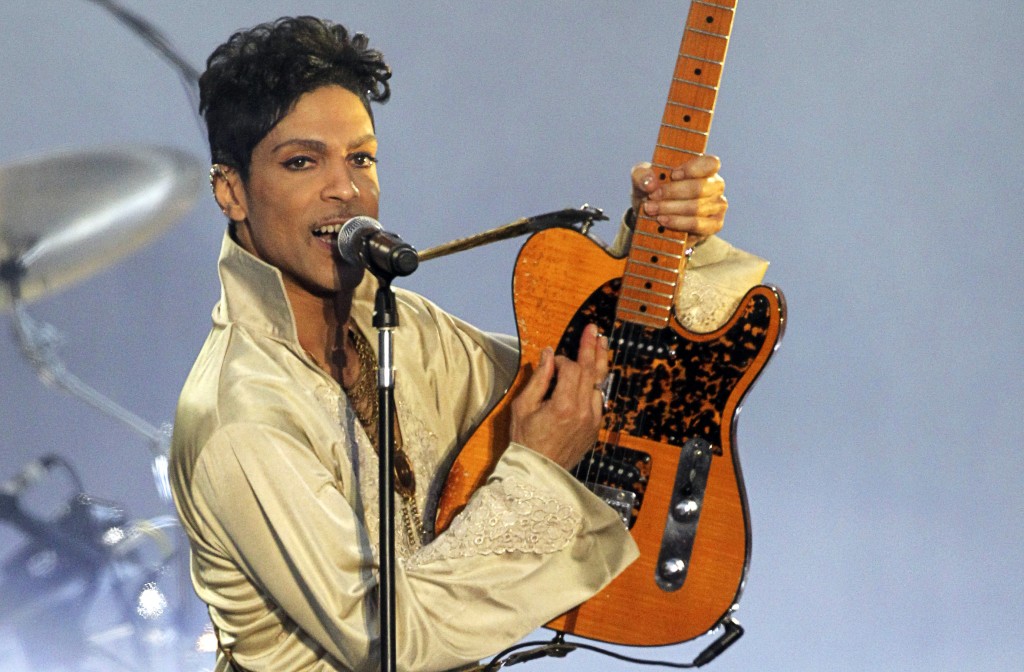 Prince performs for the first time in Britain since 2007 at the Hop Farm Festival near Paddock Wood, southern England, July 3, 2011. Photo by Olivia Harris/Reuters

The artist never stopped working. In a 1985 interview with the Electrifying Mojo, a Detroit radio personality, he said he heard inspiration everywhere.

“I hear things in my sleep; I walk around and go to the bathroom and try to brush my teeth and all of the sudden the toothbrush starts vibrating! That’s a groove, you know,” he said. “You gotta go with that, and that means drop the toothbrush and get down to the studio or get to a bass guitar, quick!”

Despite a prolonged battle with what his representatives say was the flu, Prince still performed and recorded music up until shortly before his death. He released four albums since late 2014, including two released via the music streaming service Tidal. While performing in New York City last month he announced an upcoming memoir documenting his life and musical journey. It was slated for release in the fall of 2017.