I sing the book old-fashioned: Printing Whitman’s masterpiece by hand

The Arion Press in San Francisco is one of the country’s last printers dedicated to creating limited edition, handmade books with centuries-old letterpress printing equipment.

To celebrate Arion’s 40th anniversary and the printing of their 100th book, publisher Andrew Hoyem took on a special project: Walt Whitman’s landmark book of poetry, “Leaves of Grass.” Whitman was 36 years old when he published the first edition in 1855. It contained one of his most famous poems, which he later titled “Song of Myself.” Whitman revised and republished “Leaves of Grass” throughout his life, but the first edition marked a new era in American literature.

The NewsHour’s Jeffrey Brown sat down recently with former Poet Laureate Robert Hass, a Whitman expert, to discuss “Leaves of Grass” and its significance during a time of great change in America.

Jeffrey Brown also spent several days at Arion Press to learn about the craft of fine bookmaking. Check out the photos below to see Arion’s process. 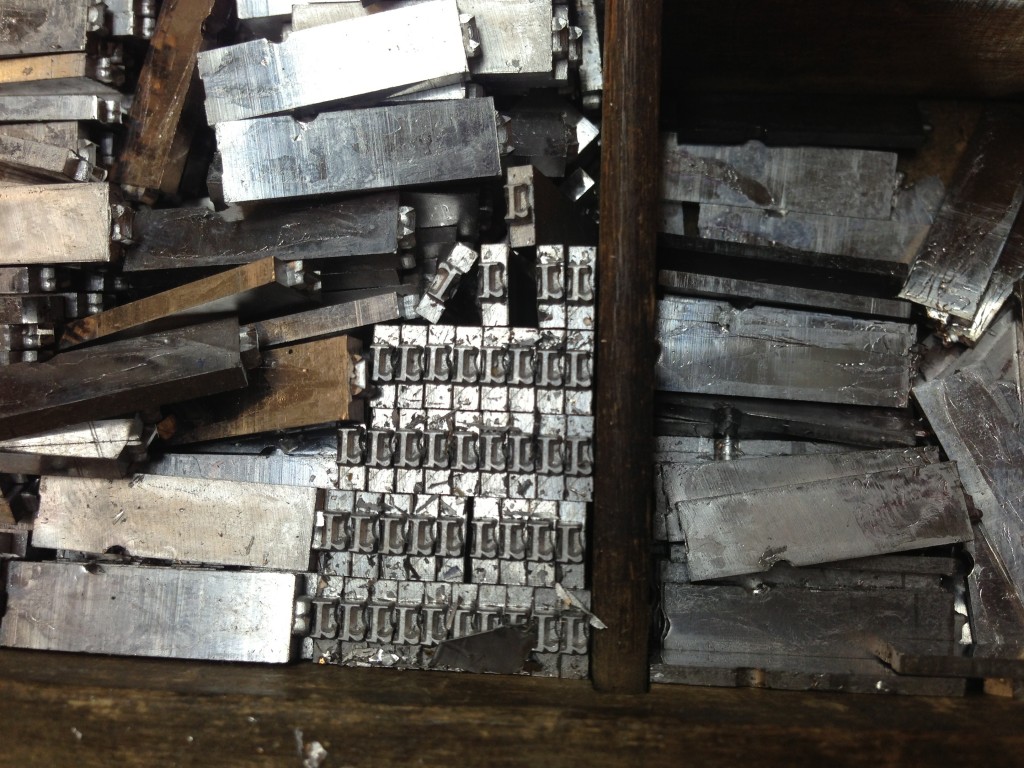 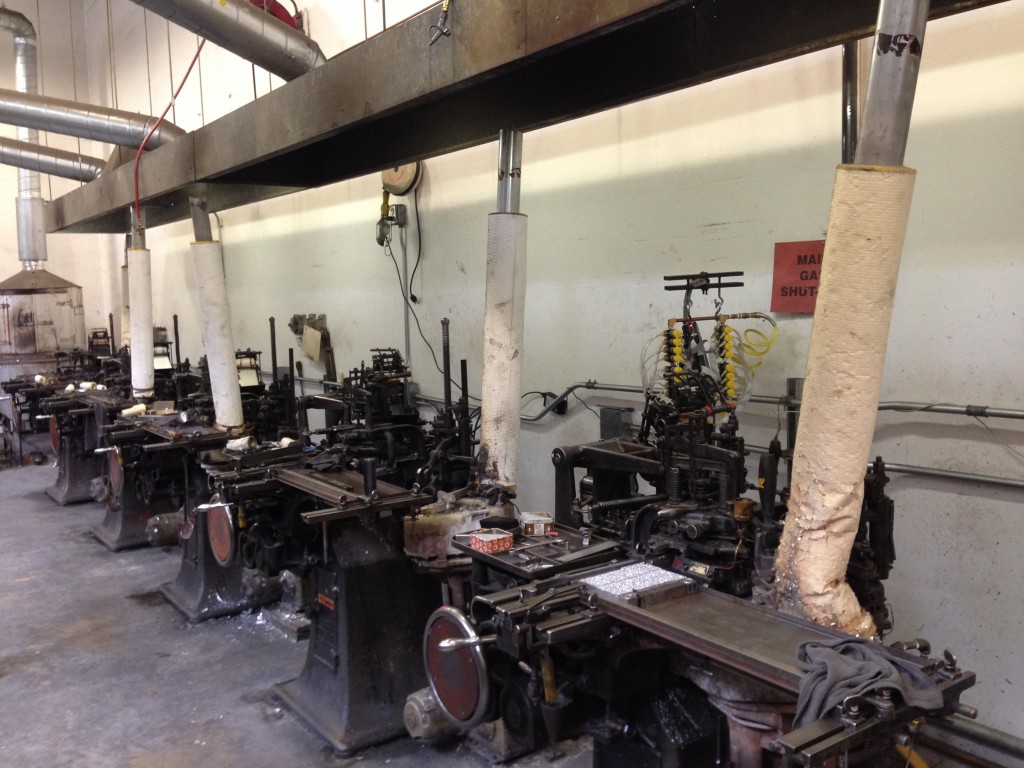 Arion’s Monotype Machines create lines of lead type used to create some of the pages in Arion’s “Leaves of Grass.” The oldest one in the Arion foundry is from 1915. Photo by Cat Wise/PBS NewsHour 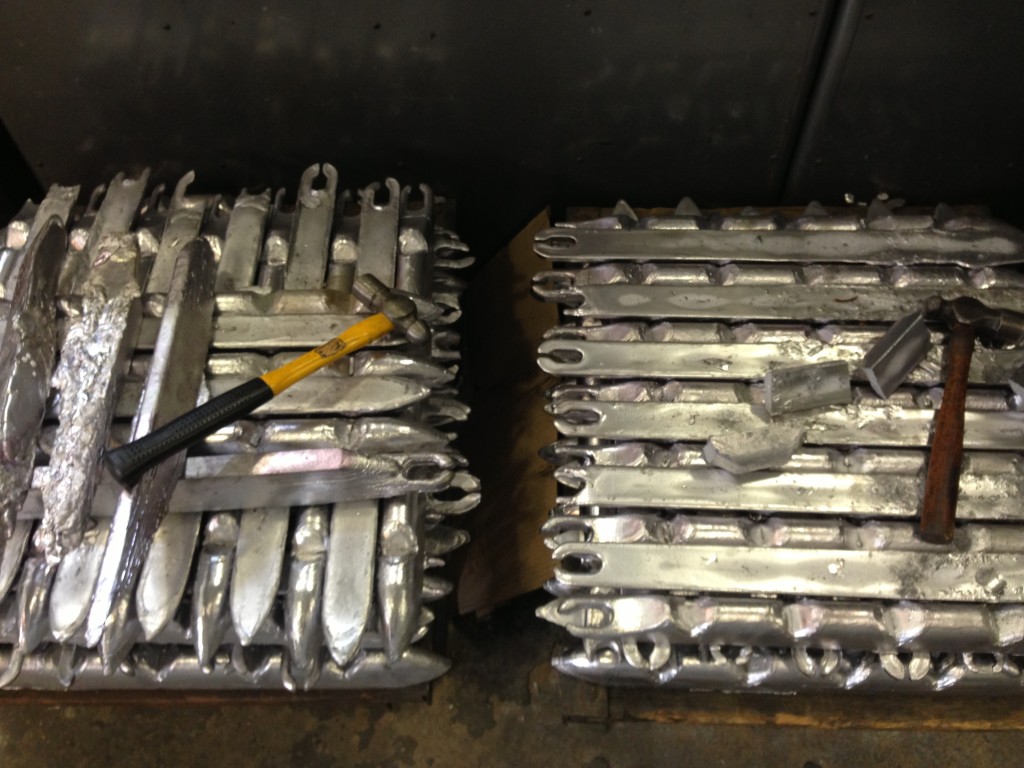 Blocks of lead known as “pigs” are melted down to create new type. Photo by Cat Wise/PBS NewsHour 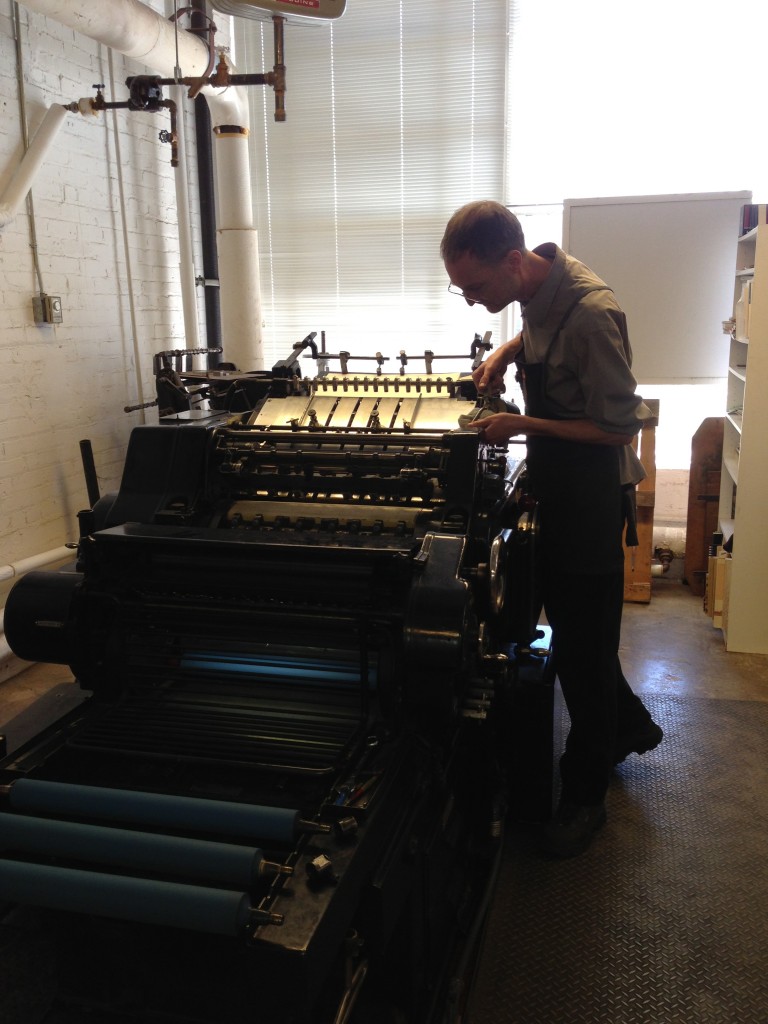 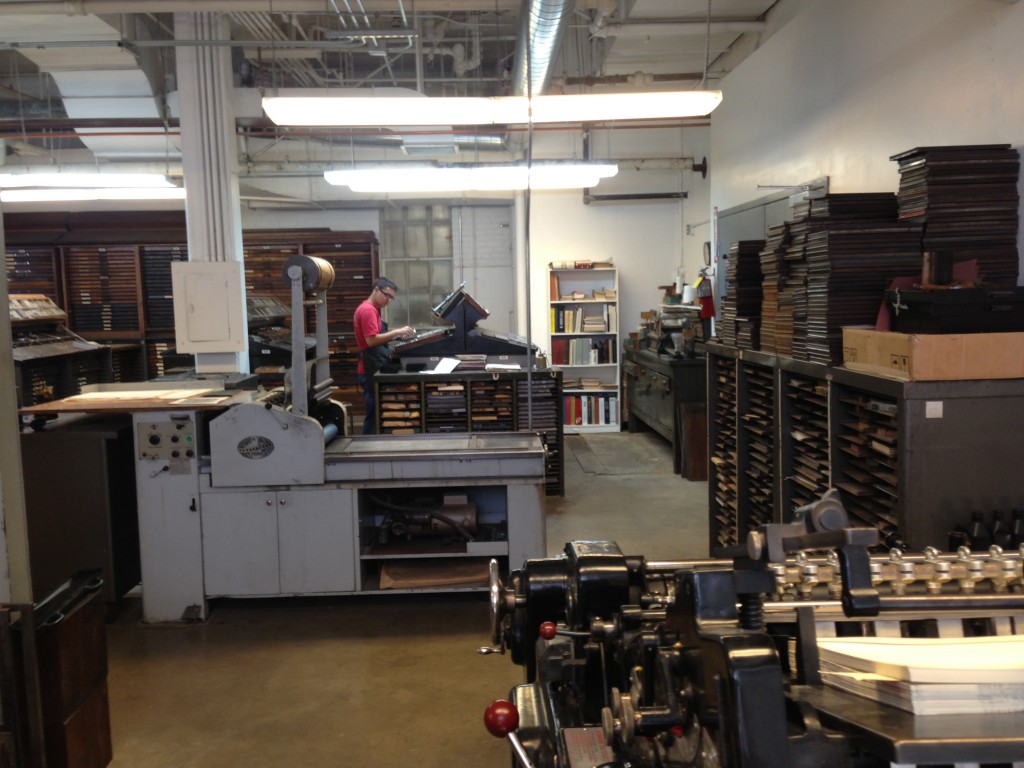 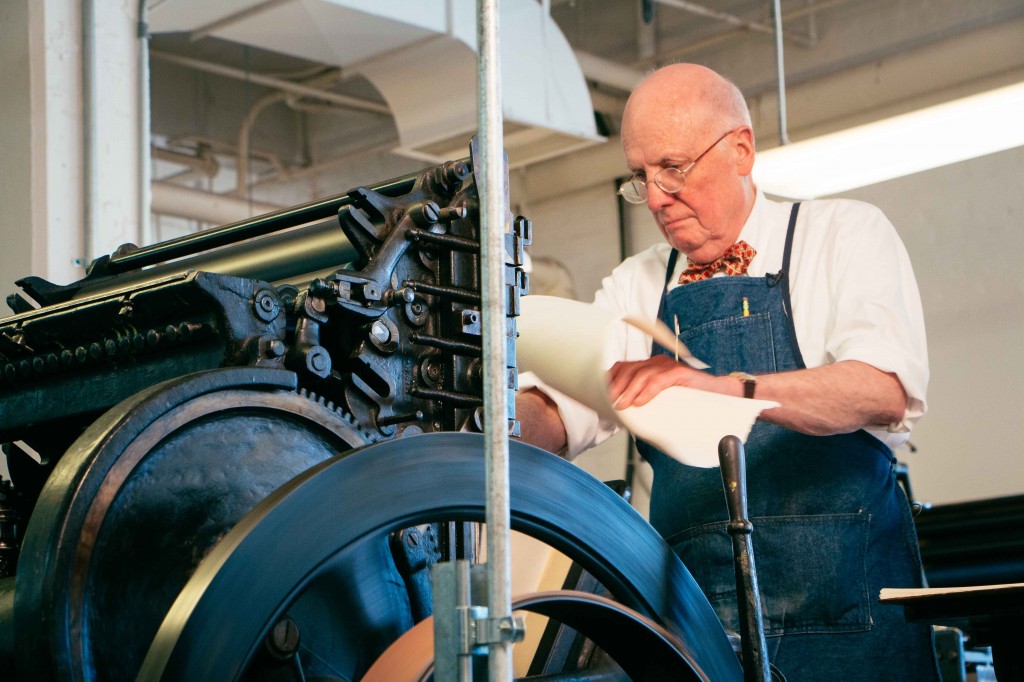 Arion founder and publisher Andrew Hoyem prints pages of “Leaves of Grass” in a 1920 Planten Press. Photo by Jeremy Raff 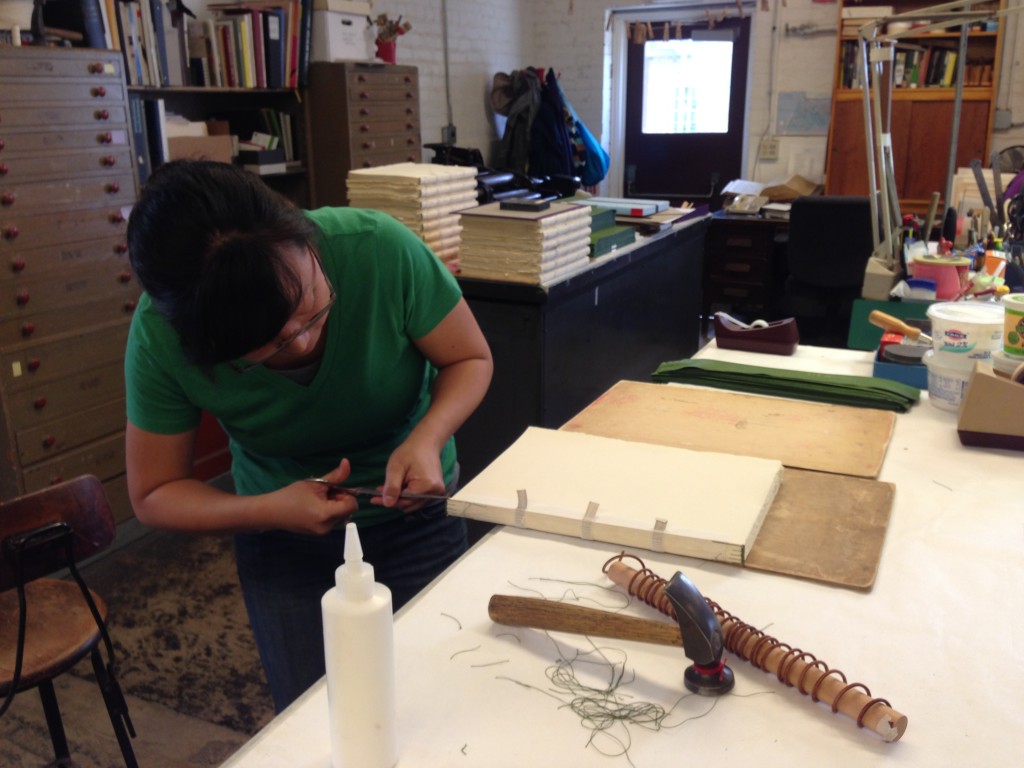 Arion bookbinder Rochelle Youk trims the handsewn binding of a nearly finished “Leaves of Grass.” Drawings of grass made by Youk appear at the beginning and end of the book, as well as on the spine. Photo by Cat Wise/PBS NewsHour 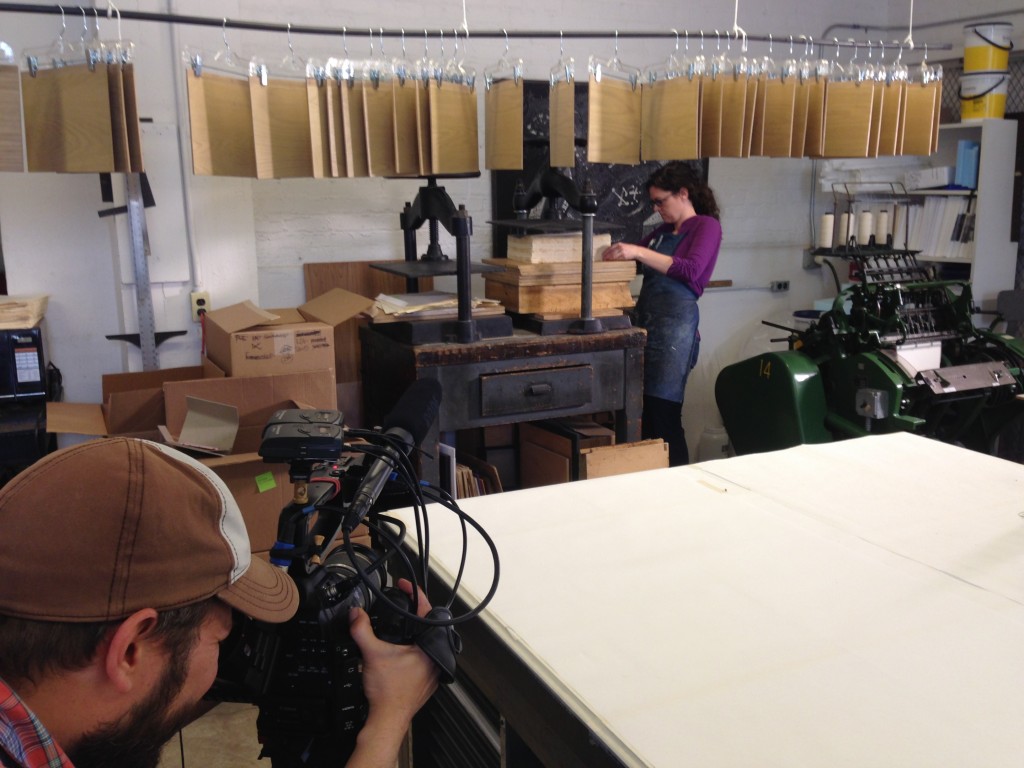 Arion lead bookbinder Sarah Songer compresses the handmade paper pages of “Leaves of Grass” in an old-fashioned press before they are inserted in the cover of the book. Photo by Cat Wise/PBS NewsHour 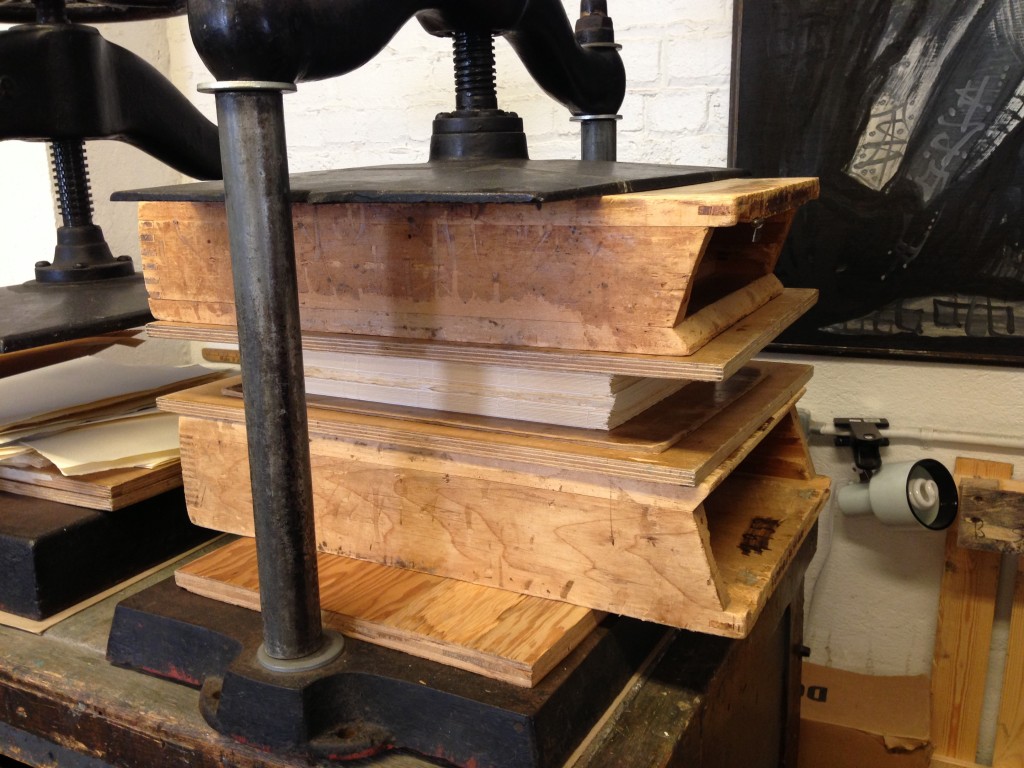 Handmade paper for “Leaves of Grass” is compressed in an old-fashioned press before being inserted in the cover of the book. Photo by Cat Wise/PBS NewsHour 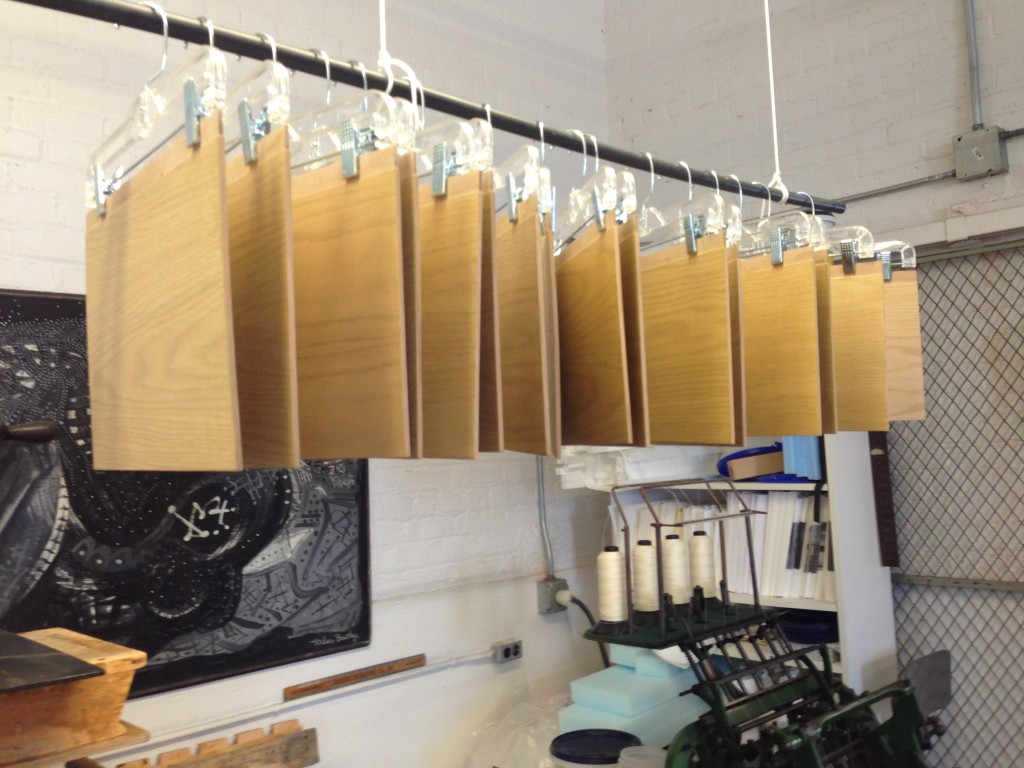 Wooden book covers for “Leaves of Grass,” known as “binding boards,” hang to dry after being stained. Photo by Cat Wise/PBS NewsHour

Tune in to Friday’s broadcast of the PBS NewsHour to watch correspondent Jeffrey Brown’s full report on Arion Press. You can watch on our Ustream Channel at 6 p.m. EDT or check your local listings.

Left: The craft of fine bookmaking is alive and well at the Arion Press in San Francisco, where bindings are handsewn. Photo by Jeremy Raff