Eight people are being charged with gross negligence and were referred to a disciplinary court on Sunday for allegedly damaging the famed King Tutankhamen mask at the Egyptian Museum in Cairo.

The 3,300-year-old solid gold mask was knocked over by curators at the museum in August 2014, an incident that dislodged and scratched the blue-and-gold beard from the famed image of the former Egyptian ruler.

The curators then haphazardly glued the piece back on with epoxy, prosecutors said.

“In an attempt to cover up the damage they inflicted, they used sharp instruments such as scalpels and metal tools to remove traces of adhesive on the mask, causing damage and scratches that remain,” prosecutors said in a statement.

The former head of the museum and members of a conservation team are among those being charged.

The employees had reportedly been conducting work on the museum’s lighting when the initial incident took place. 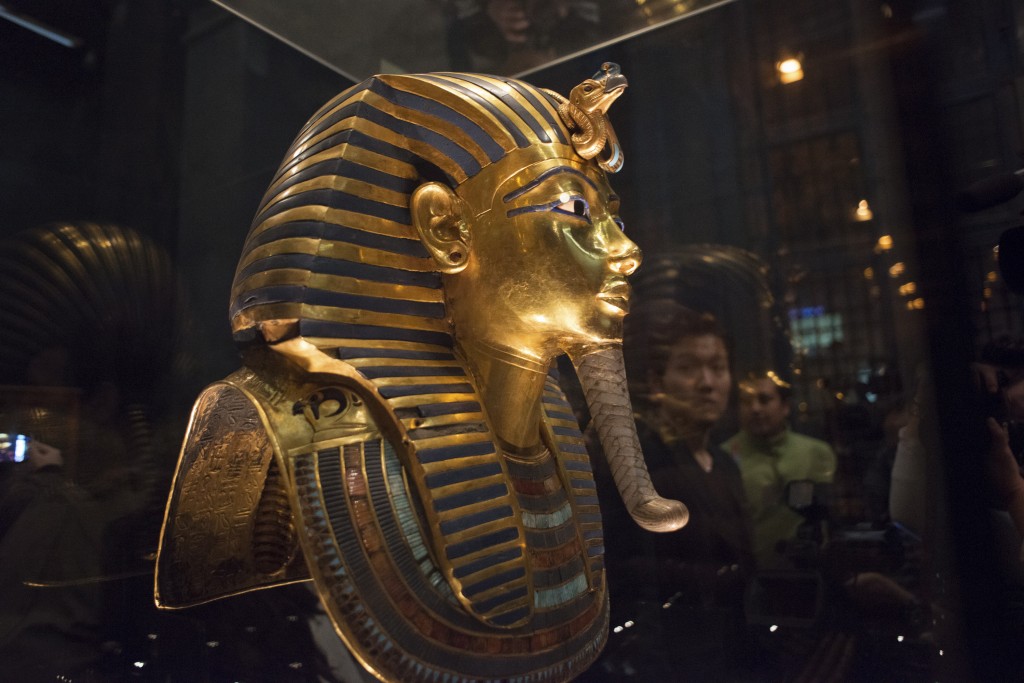 The mask of King Tutankhamun, which was found to have been damaged and glued back together, is seen at the Egyptian Museum in Cairo Jan. 24, 2015. Photo By Shadi Bushra/Reuters

A team of conservators recently removed the damaged beard and more properly re-attached it to the iconic mask using beeswax, officials said.

German restoration expert Christian Eckmann, who led the endeavor, spent two months working on the mask, a tedious job that included warming the beard to remove the epoxy that the museum employees had used in an attempt to fix it.

The King Tut relic was removed from the museum’s exhibits during the process but put back on display on Dec. 16.

The mask was first discovered in 1922 by British archaeologists.

Left: German conservator Christian Eckmann works on the restoration of the golden mask of King Tutankhamun at the Egyptian Museum in Cairo, Egypt, Oct. 20, 2015. The beard on the iconic solid-gold mask was reportedly knocked off by employees in 2014, then crudely reattached. Photo By Mohamed Abd El Ghany/Reuters