The Young Lords, a largely Puerto Rican group of radicals, virtually took over parts of New York City in the 1960s and early 1970s fighting for self-determination for Latinos and against racial discrimination and inequality.

What started as a turf gang on the streets of Chicago in the fall of 1960 ultimately grew into a Puerto Rican nationalist party that expanded to New York City — as its members opened offices in the Bronx, East Harlem and the Lower East Side.

Now, the radical social activists have reclaimed their territory at three New York museums with the exhibit “¡Presente! The Young Lords in New York,” which explores the civil and human rights activism of Latinos through photography, film and other artwork to showcase the legacy of the Young Lords.

“They grew up during a period of struggle and they had a profound sense of responsibility to the community,” said Johanna Fernandez, a professor of history at Baruch College and co-curator of the Bronx Museum exhibit. “That experience of seeing the discrimination in the schools, in the hospital, at the police station, radicalized them emotionally at a very young age,” she said. 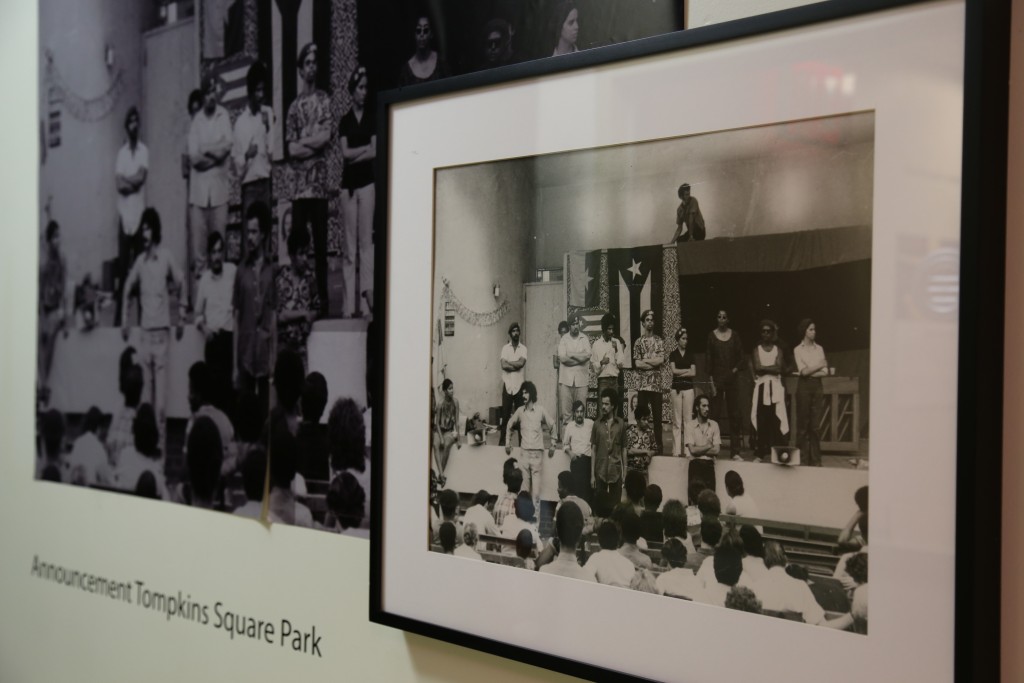 Digital prints at Loisada Inc of the Young Lords’ announcing the formation of the group at Tompkins Square Park in 1969. Photo by Hiram Maristany

Organizers announced the formal founding of the Young Lords at a public rally to commemorate the Cuban Revolution on July 26, 1969, at a bandshell at Tompkins Square Park in the city’s Lower East Side.

In an era defined by protests — largely those calling for an end to the Vietnam War — the group’s radical beginnings were further influenced by the militant group, the Black Panthers, who fought against racial prejudice and police brutality in the 1960s and 70s.

The Young Lord’s members were generally young and were often the primary English speakers of their families. Many attended universities in the U.S. but later dropped out to join the organization.

The group developed a 13-point platform that combined principles of racial justice and socialism as well as calls for for Puerto Rican sovereignty. 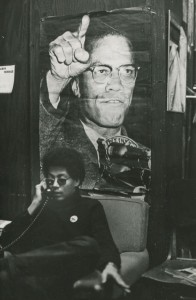 Pablo Guzman, Yoruba of the Young Lords, at the Bronx Museum of the Arts. Photo by Fred W. McDarrah

One of the Young Lords’ first actions became known as the “Garbage Offensive”, when the group blocked a portion of Third Avenue in 1969 with discarded waste to protest what they said was the Sanitation Department’s neglect of East Harlem.

“It’s important to show photographs of them not just in the march, at the protest, doing the action but in quiet moments too when work is being done…the more reflective moments,” El Museo curator Rocio Alvarado said.

The group’s activism also led to the creation of the group’s weekly publication, Palante, which translates to “forward in struggle” or “right on” in Spanish.

“They were a revolutionary organization and there is a history of newspaper production in radical Socialist organizations,” Fernandez said. “[Palante] was the means by which the Young Lords put their ideas out to the community about issues like Puerto Rican independence.”

Archives of the newspaper cover a large section of the El Museo and Bronx Museum galleries. 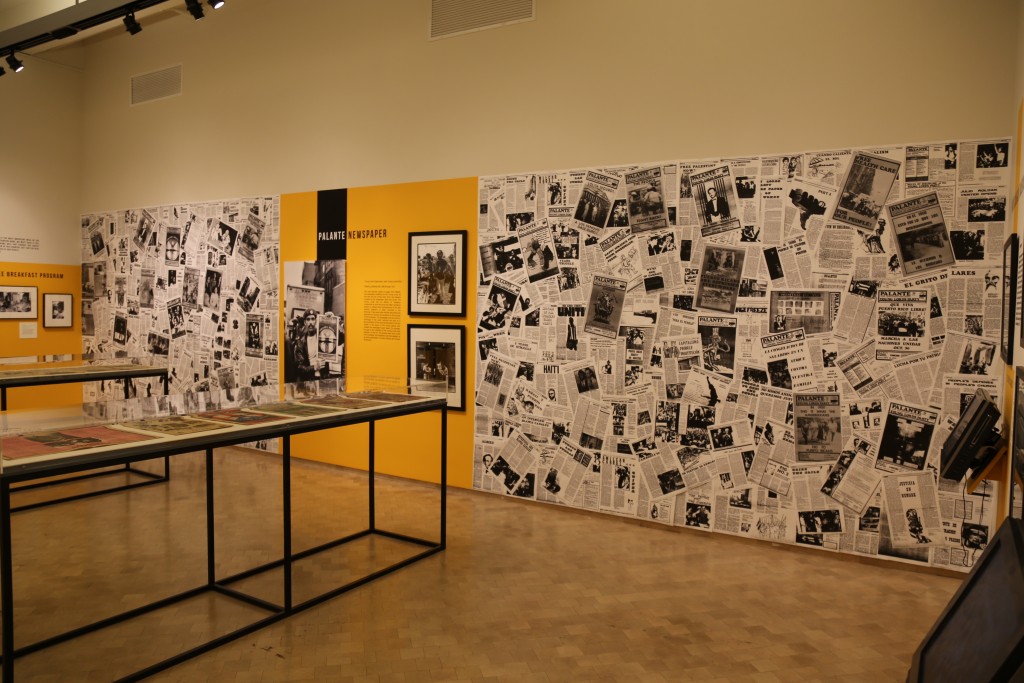 The group later staged two lock-ins at Lincoln Hospital in the Bronx, known to many in the community as the “butcher shop of the south Bronx,” to protest what they saw as poor health conditions and racism toward people of color at the hospital.

Many in the hospital staff supported the Young Lords in demanding better treatment and access to information for patients. A draft text outlining how patients should be treated at Lincoln Hospital eventually led to the first Patient Bill of Rights. 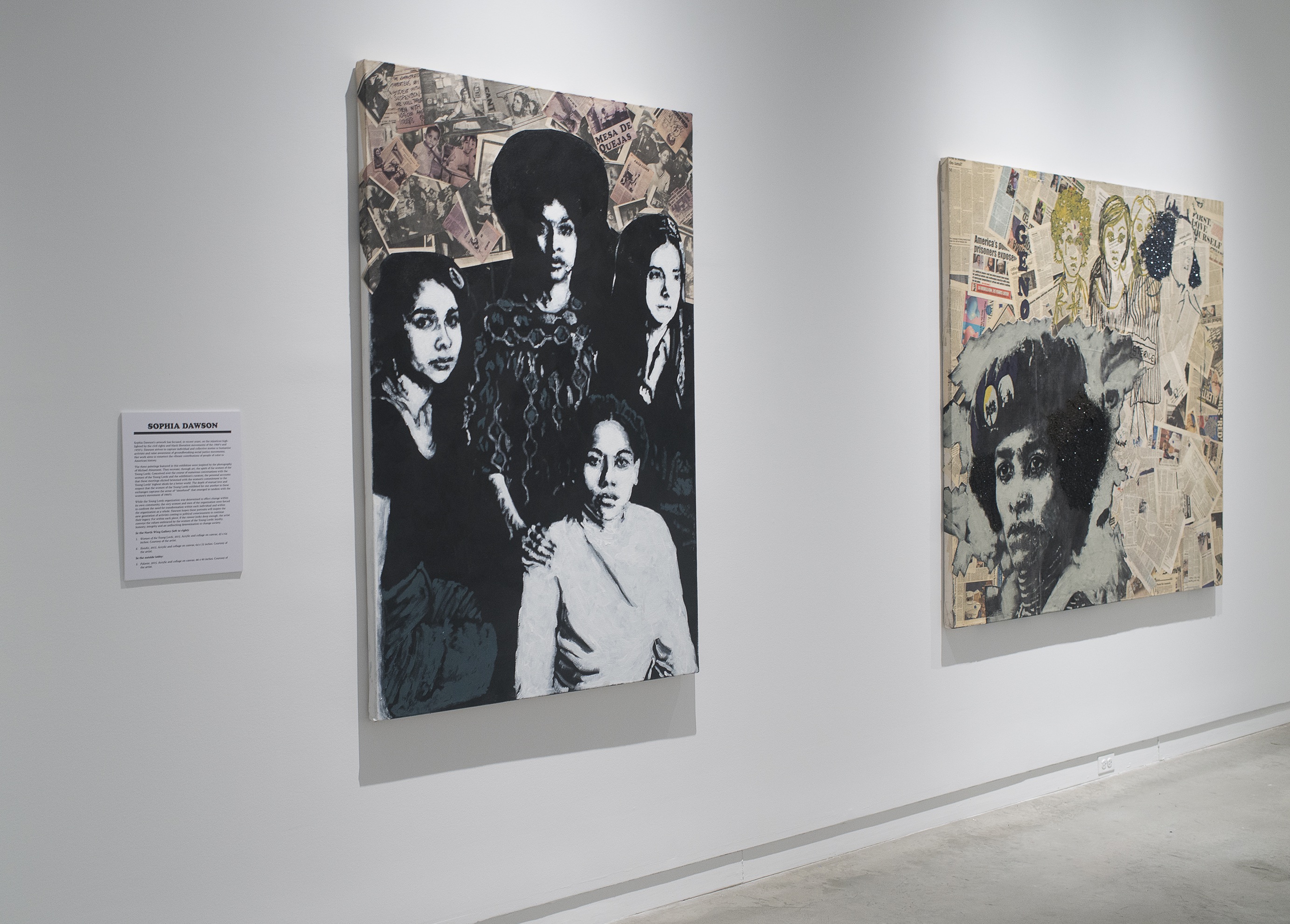 Installation view at the Bronx Museum of the Arts of Palante (2015) and Women of the Young Lords (2015) by Sophia Dawson. Photo by Vanessa S. Clifton​

But while the Young Lords fought for better treatment and services for their community, women within the organization quietly battled what they saw as a misogynistic environment.

Documented in the exhibit, “Women of the Young Lords: The Revolution within the Revolution,” the Bronx Museum tackles the internal politics of the women who pushed back against the organization’s status quo.

These women rejected the idea of “Revolutionary Machismo,” a tenet included in the first draft of their 13-point platform. Instead, the women of the Young Lords lobbied to include “Down with Machismo and Male Chauvinism” as part of the plan.

At a recent panel discussion Denise Oliver-Velez, the first female leader of the Young Lords, called Revolutionary Machismo “the oxymoron of the century.”

Working with Young Lords Women’s Caucus, artist Sophia Dawson created a painted collage that pays tribute to the work of the women of the Young Lords in fighting for gender equality. 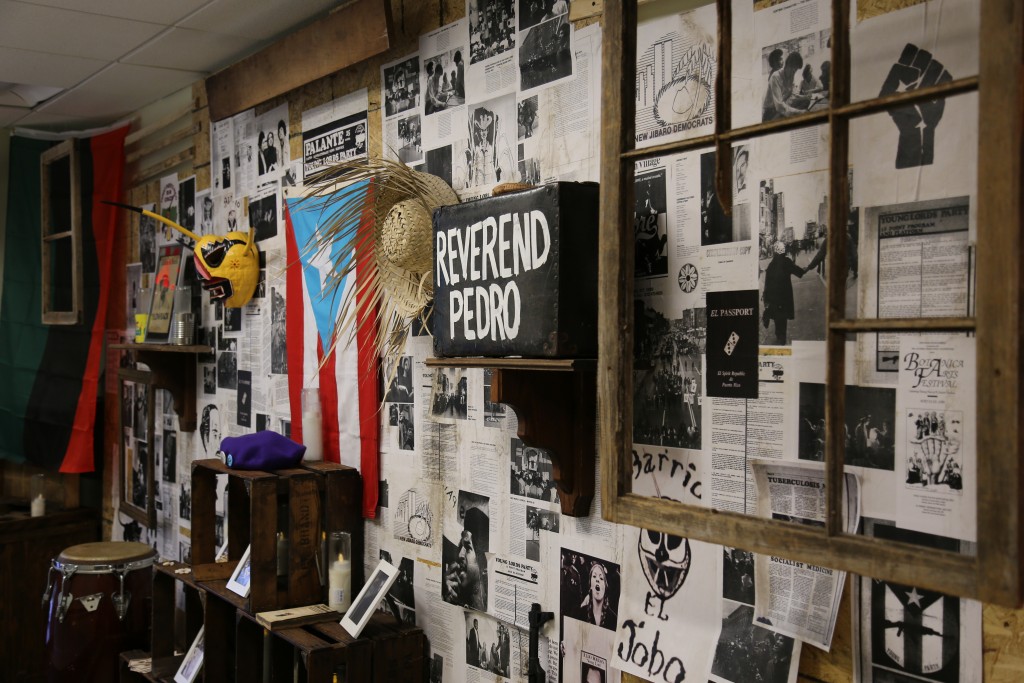 In the Lower East Side, the Loisaida Inc. space honors the icons of the Young Lords and their ‘theatrical brand of cultural activism.’

The entrance of the exhibit, by Brooklyn artist Adrian ‘Viajero’ Roman, is a shrine-like mixed media installation that serves as a memorial to not only to the Young Lords but to the generation’s community activists as a whole.