Rappers respond: ‘This is how we express ourselves’ 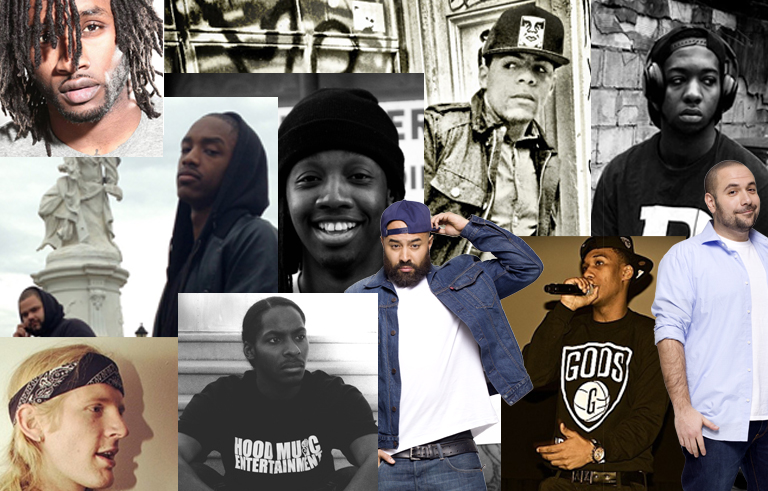 A man shoots his foe in the head over and over again, leaving him to bleed out on the street. The man has no remorse. He even brags about it.

Only this man isn’t real. He’s a character in a rap song written by Vonte Skinner, who was sentenced to 30 years in a New Jersey state penitentiary for the attempted murder of Lamont Peterson.

In Skinner’s case, prosecutors relied on two eyewitnesses who claimed he was the shooter, though their stories had changed several times. They also read 13 pages of violent rap lyrics to the jury, taken straight from Skinner’s own notebooks, to show his violent intentions and aspirations.

Across the country, police and prosecutors are increasingly using a suspect’s own rap lyrics as evidence in criminal cases. Law enforcement argues that they help establish motive or intent and in some cases even contain confessions. But critics argue that rap music is just that: music. It’s not a diary.

NewsHour recently reported on this growing trend and the issues of relevance, prejudice and first amendment protections that are being weighed when the criminal justice system probes lyrics.

We wanted to know more about what artists and others in the hip hop industry think about this trend and the various arguments about why it does or does not make good evidence.

To do this, we got help from Hot 97 radio station in New York. We asked their DJs and up-and-coming rappers to share their thoughts on the issue.

Here’s what a handful of them had to say: 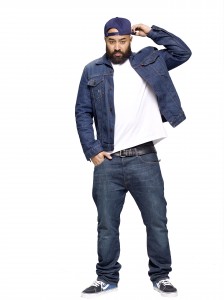 Ebro Darden, Host Hot 97, New York: My concern is simple: if there is no hard evidence to support someone being guilty of a crime besides some potentially fictional lyrics to songs, then it should not be admissible.  Everyone knows prosecutors need to maintain a high conviction rate for their own resume to matter, so jumping to using rap songs is easier than getting some communities to participate in convictions. 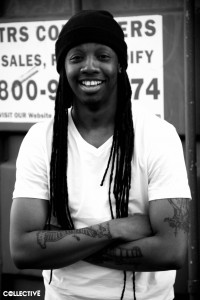 Sule, New Jersey: As musicians, the art that we publicize to the world should be used to spread positivity and knowledge. Some artists started to use music as a get-rich-quick scheme, portraying a life they may not have lived. With that in mind, using those very same lyrics that simulate an imaginary lifestyle to link them to a crime is wrong. I wouldn’t necessarily say “Gangsta Rap” has a role in the music industry. Many artists come from rough neighborhoods and are simply expressing their story, painting a picture with words. I’m pretty sure their intentions of making a “Gangsta Rap” song aren’t to inspire the youth to do harm to one another. Personally, with that being said, the “role” of Gangsta Rap is to entertain, just as much as the next genre. It’s unfortunate because sometimes the entertainment that is displayed can take a turn for the worst, as shown in previous incidents. 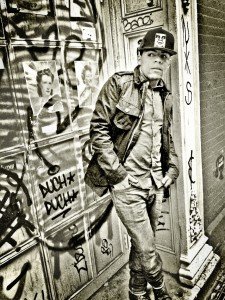 Madison, Bronx, NY: The use of rap lyrics as evidence in criminal trials is outrageous in my opinion. The idea of lyrics being used as evidence of criminal behavior concerns me because lyrics aren’t really credible nowadays. It’s mostly fiction. Step into a room with 100 rappers and you’ll find that less than 10 percent of that bunch actually experience what they write about on a daily basis. The majority of rappers write for entertainment purposes with the dream of becoming successful. Artists intentionally fabricate overexaggerated lyrics for the listeners’ enjoyment. There is no way something like this should be used in a case. This is an art form, a route a lot of people take to display talent, get noticed and hopefully make enough money to take care of our families. This is how we express ourselves. These are rap lyrics, not confessions. 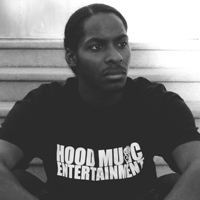 Young Blade, Long Beach, California: I think it’s stereotypical for them to try to use rap lyrics in a court room. Any other genre of music can make some [expletive] up in a song, but if a rapper says anything violent, they take us literally. I’m not going to lie: there are some dumb-[expletive] dudes out there committing murders and then making songs about it, but you can’t really consider those people musicians, and those people tend to get caught. As far as courts trying to pin murders on people based on what you say in a song, I think it’s unfair. They’re basically calling all rappers criminals, especially gangsta rappers. 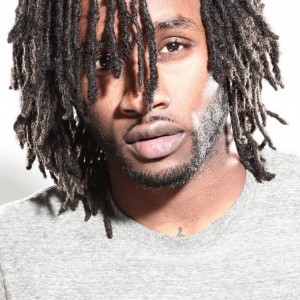 J. Skyy, Jackson, Mississippi: When I first saw the case of Antwain Steward, I thought it was a problem. If a detective does his work and doesn’t find anything, a song should not make or break a case. A lot of people who make this art are telling stories about things that are around them and it would be hard to break down those stories and say ‘this little part here fits this part of something that happened’ … They should do police work by going out and doing the real work of finding physical evidence.

But when it comes down to those lyrics, I feel like rappers need to stand up and change, too. You are putting your words out there for everyone to hear. If I put negativity out there, I’m going to get negativity back. And you have a lot of people following rap music, especially young guys and girls. I’m trying to let these people know that there is a lot more going on than what they see on the streets here.

The problem is that many rappers are just telling one side of the story, they are glorifying all the bad stuff on the streets. If I pick up the microphone and am rapping about those same negative things then I also should tell you about how it pushed me harder in my writing and how I got beyond those things. That’s what we [as artists] should be doing more of. 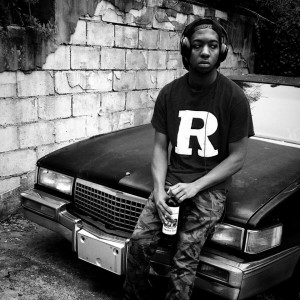 Namir, New York: People have to realize that rappers are just like any other artist or musician. What makes an artist an artist is his artistic portrayal of his life and how he expresses his life through whatever art form that he does. So a lot of times these people are surrounded by these [violent] situations … these are places that they grew up and these are stories that they tell through personal experience. They don’t do it with any malicious intent of encouraging people to do those kind of things, but every artist looks around where they are and draws inspiration from that. 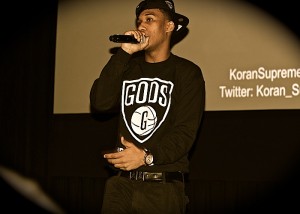 Koran Supreme, Brooklyn, New York: For me, rap is a culture that is used in order to shed light on many issues and problems that affect urban communities. As a conscious rapper, some of the stories I write do not personally reflect myself, but do affect the lives of others around me. The focus is on acknowledging the problems, and being relatable to people who share similar environments, thoughts and emotions. We do this through lyrics. In regards to ‘gangsta rap,’ I believe that this is the voice of the street. The energy and feeling that most people can relate to, who have grown up in dangerous environments. Many things go on in this world, however few of us are willing to speak up about it. Granted, the use of the words may not be the most appealing, I do believe that these lyrics do not always reflect the artist’s’ personal life. Many artists create personas for mass appeal, popular demand and radio spins. Many even have ghost writers to create songs for them. To consider that an artist is guilty for a crime because of gangsta rap lyrics completely lacks in hard evidence. If this continues, many artists will be restricted in creativity and expression. Hip hop as a whole will be altered. 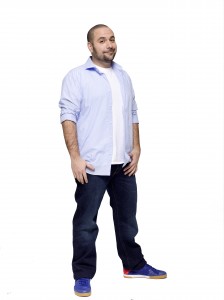 Peter Rosenberg, DJ/Host Hot 97, New York: The bottom line is this has to be a case by case situation. … There are situations in which I feel looking at lyrics could be worthwhile, but in some it is ludicrous. No one would suggest that a director of violent films would somehow be likely to commit violent crimes, but in hip hop it’s a different story. 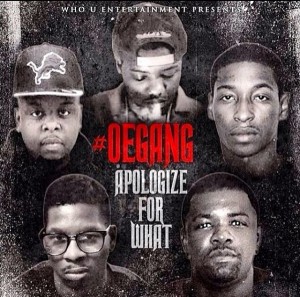 O.E Gang, Bronx, New York: This is a serious matter. There are many innocent people being convicted of crimes that they are not committing. They are being held accountable for the type of music that they have chosen to create. Music is a form of art, each artist is entitled to choose which direction they are willing to go. Music is an outlet of entertainment for rap artists, the same as actors in movies. Just because an artist expresses himself in his or her lyrics portraying violent activities, dealing drugs or sexually explicit activity does not mean there’s truth to what they’re saying. As for actors, look at Al Pacino in the movie ‘Scarface,’ where he played a drug dealing kingpin. He was only acting and had no truth to his life. As for us, we experienced it first hand. There were a few of our friends that are upcoming hip hop artists that are incarcerated today and being convicted of crimes such as gang activities and conspiracy because of their music. I believe we should be able to express ourselves musically without being accused of criminal activities. Anything we try to dedicate our time somehow turns into a bad situation. 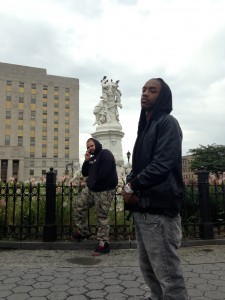 CJ “Young Impetuous” Tilley, Harlem, New York: The use of rap lyrics to prosecute individuals is problematic for a plethora of reasons. Let’s call this what it really is, a last ditch effort by prosecutors with absolutely no case! These are cases with questionable eyewitness accounts, a form of evidence we all know to be notoriously unreliable. 73 percent of exonerations follow convictions based on eyewitness account.  (Editor’s note: The Innocence Project, which tracks these statistics, places the rate at 75 percent.) The verifiability of raps and shaky eyewitnesses is just too suspect to be the driving factors in conviction. Meanwhile you have no weapon linking to the murder OR, furthermore, the suspect. What we’re seeing are last ditch efforts and desperation aimed at what they see as an easy target: hip hop. Haphazardly using rap lyrics as evidence of crime is no different than citing a Mission Impossible movie to indict Tom Cruise. 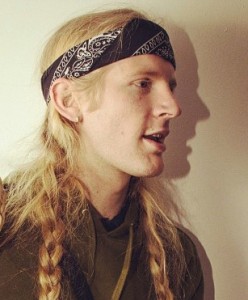 Gold1n, Bronx, New York: The use of rap lyrics in trials is a mistake that will reflect poorly on the strength of the American justice system. Rap lyrics, or poetry set to music, are a cathartic valve used by communities and individuals to express emotions which should not be repressed or deferred. While it is true that prosecutors have a powerful tactic in appealing to the prejudice of the jury by confirming a bias against young minority males, it is essential we respect the justice system and prove defendants guilty beyond reasonable doubt, without the use of rap lyrics, which must be protected by the first amendment in the same manner as literature, filmmaking or art.

Below you can watch the full broadcast report on the PBS NewsHour about the use of rap lyrics as evidence in criminal court: