In the last two decades, musician Nick Drake went from relative obscurity to posthumous fame, his beautiful, melancholic music touching the lives of people throughout the world. Forty years ago, he died from an overdose of antidepressants at age 26. Today he’s often remembered as a “solitary, misunderstood lonely poet.”

“We are more intent on making the picture as muddy as it really is, than trying to clarify anything.”
Now, his sister wants to set the record straight, to provide a “fuller picture of someone who was basically an enigma.”

“Nick Drake: Remembered for a While,” is the product of that goal, a nearly 450-page book, filled with photos, handwritten lyrics, family letters and essays on the musician.

The book, released this week, is being billed as “the authorized companion” to the artist’s music, and was compiled and edited by his sister, Gabrielle Drake, and his estate manager, Cally Callomon.

The beginning to Nick Drake’s handwritten lyrics to “Fruit Tree,” which was released on his first album, “Five Leaves Left,” in 1969. Courtesy Bryter Music

“I’m usually a bit suspicious about things that try and be definitive,” Callomon told Art Beat. “We are more intent on making the picture as muddy as it really is, than trying to clarify anything … because none of us know how it was.”

Gabrielle Drake had originally vowed to never write about her brother, leaving that task to music critics and historians, but inaccuracies in their writings prompted her to reconsider.

He was more than a depressed, melancholic young man, she said. “He had a lot of humor and lightness in him … He gave a lot of pleasure to people. He had friends. Nick was very much loved in his life.” 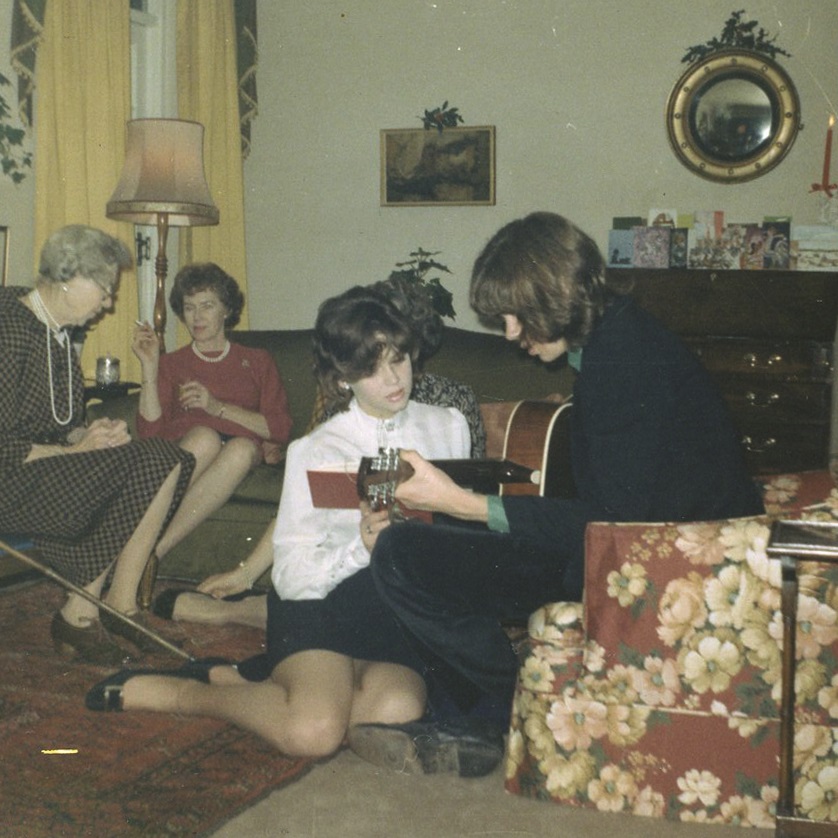 Gabrielle insists on a more complex chord structure for their recording of ‘All My Trials’ during Christmas at Far Leys, the Drake family home. Photo by Rodney Drake

The original idea for the book came from Callomon, who was inspired by a similar compendium his father owned on Beethoven.

“You could play the records and wander through Beethoven’s life,” he said.

Diving into Drake’s life took six years and wasn’t easy. The two had a long list of people that they hoped would contribute.

“Nick was someone who compartmentalized his life, and so often certain sections of the people in certain parts of his life never met people who were in other parts of his life,” Drake said. “It’s been very interesting to me to hear about a Nick perhaps that I didn’t really know, and that happened throughout.” 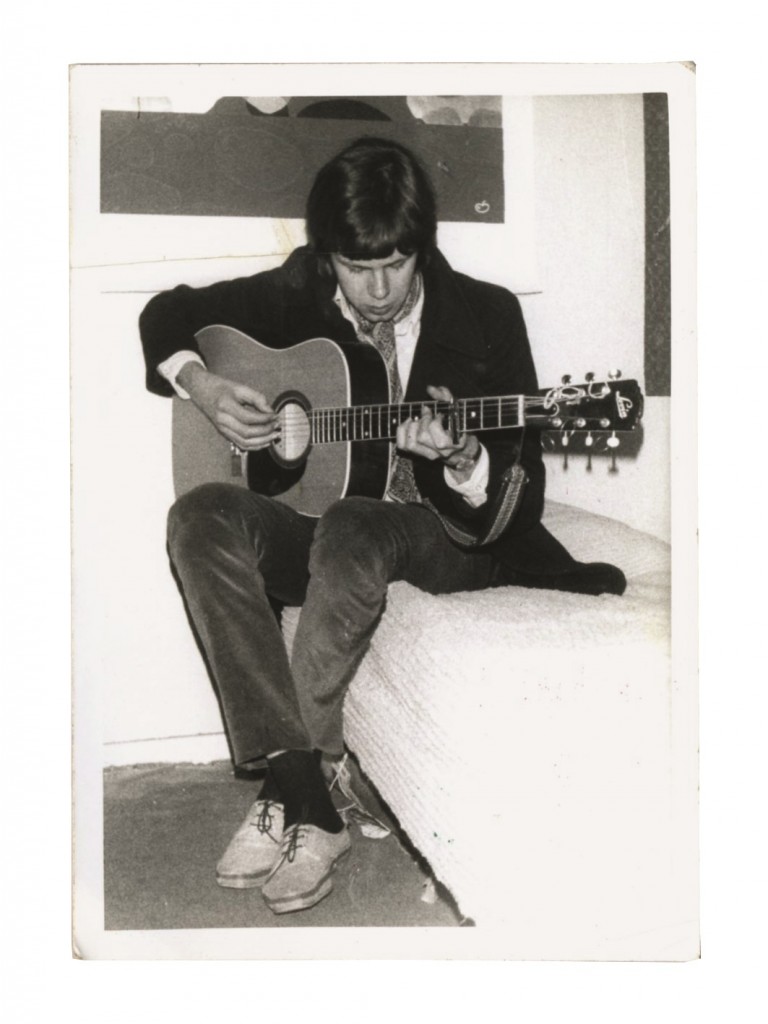 She met friends she’d never met before. She read her father’s diaries documenting the almost daily struggle of the last three years of Drake’s life and his battle with depression. Entries describe his son’s moods, his medications, his willingness or unwillingness to converse.

“I found that reading those diaries were quite an enlightenment, and quite a harrowing one and distressing one at that,” she said.

Despite the painful memories, Gabrielle Drake kept the diaries in a storage room in her home, along with family letters and papers, poems from her brother’s childhood, photographs and report cards. “My family and I are terrible hoarders. We seem to have kept everything.”

Callomon was already a fan of Drake when, in 1990, he started working at Island Records, the record company that released Drake’s three studio albums.

“There were a number of musicians on their roster who I thought were really undernourished and Nick was very much one of them — he wasn’t selling any records at all.”

Pink Moon, Nick Drake’s third album, came out in 1972, two years before he died. It was his worst-selling album during his life, but his biggest-selling album in America. In 1999, the title track was featured in a Volkswagen commercial, which helped launch the song on to the Billboard Hot 100 chart.

“Some music is dated by the death of the author. Some music, it doesn’t matter whether the person is alive or not; it’s the music itself that takes flight.”
In 1994, he created the CD collection “Way to Blue: An Introduction to Nick Drake.” The collection was an immediate success, selling more than 200,000 copies in the U.S. and U.K. combined. Through the process, Callomon developed a relationship with Drake’s sister and with music producer Joe Boyd, which paved the way to managing Drake’s estate.

“I just got interested in, what happens if you manage a dead musician as if he’s a living entity,” said Callomon. “Some music is dated by the death of the author. Some music, it doesn’t matter whether the person is alive or not; it’s the music itself that takes flight.”

When Callomon started managing Drake in the ‘90s, he was still fairly unknown.

“The extraordinary thing was that he died in relative obscurity 40 years ago,” Drake said. “It took a few years for his fame to start rising, but then it seemed that it was almost unstoppable. His work, which I think he always believed in, and his music, suddenly found an audience.” 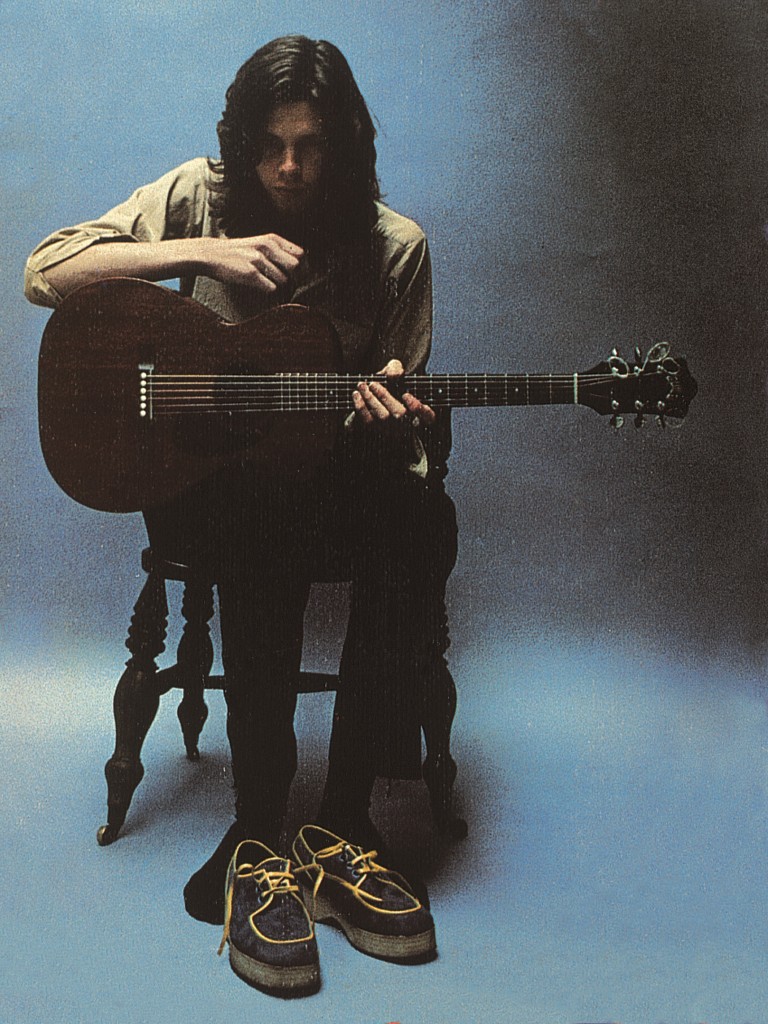 So why did he find an audience so many years after his death? Callomon has his own theory. The manager describes Drake’s music as without “clichés.” It doesn’t fit neatly into one category or another, he said.

“I think people were just confused by this person making music in odd time signatures with odd phrasings and off callings, and this is music that didn’t adhere to whatever was at the time the sign of the times … the reason why he wasn’t selling is the reason why he is selling now.”

Back in the early 1970s, Drake struggled with a lack of recognition, so his sister believes this profound response, so many decades later, would have meant a great deal to him. For her, it’s bittersweet.

“I am deeply pleased and delighted for him that his work is recognized and only terribly sad that he is not able to see it for himself,” she said. “While I am not surprised that people find his music beautiful and are really starting to listen to it in a big way, I suppose I am surprised and delighted that fame can come to him 30 years after he died.”

“Introduction” is the overture to Nick Drake’s second album, “Bryter Layter,” which was released by Island Records in 1971.

That fame, she is quick to point out, is largely due to word of mouth. There have been no large campaigns promoting his music. People have discovered it and passed it on to their friends.

“The great thing about Nick is the deeper you get, the more mysterious he becomes.”
As this network of Drake devotees continues to grow — a task Callomon is gratified to keep working on — they now have their new book to help “round out” the many impressions of the illusive artist.

But is that “rounding out” possible? Callomon and Drake hope to start, but they both agree no one will ever have a finished picture.

Callomon recalls hearing the first track to the album “Bryter Layter” in London’s Abbey Road studios recently. He’d heard it many times before, but “it virtually brought me to my knees,” he said. “It was like hearing it again for the first time.”

“The great thing about Nick is the deeper you get, the more mysterious he becomes,” he said. “And there aren’t many musicians around that I can say that about…

“I don’t think I’ll ever get to a point where I’ve exhausted Nick Drake.”

Left: Forty years after his death, musician Nick Drake's sister wants to set the record straight. She's just published "Nick Drake: Remembered for a While," an authorized companion to the artist’s music, to provide a "fuller picture of someone who was basically an enigma." Courtesy Bryter Music