SAN JUAN, Puerto Rico (AP) — Rihanna smiled under her face mask as she heard her name called in the pre-dawn hours of Tuesday, but hesitated before she stood up.

Before her, top Barbadian government officials encouraged her to join them at a crucial moment in her nation’s history.

Rihanna had just been declared a national hero by the Barbadian government and bestowed with a title, “the right excellent,” as the island bade farewell to Queen Elizabeth II as head of state and celebrated becoming a republic for the first time in history.

“On behalf of a grateful nation, but an even prouder people, we therefore present to you the designee for national hero of Barbados, Ambassador Robyn Rihanna Fenty,” the prime minister said. “May you continue to shine like a diamond and bring honor to your nation by your words, by your actions, and to do credit wherever you shall go. God bless you, my dear.” 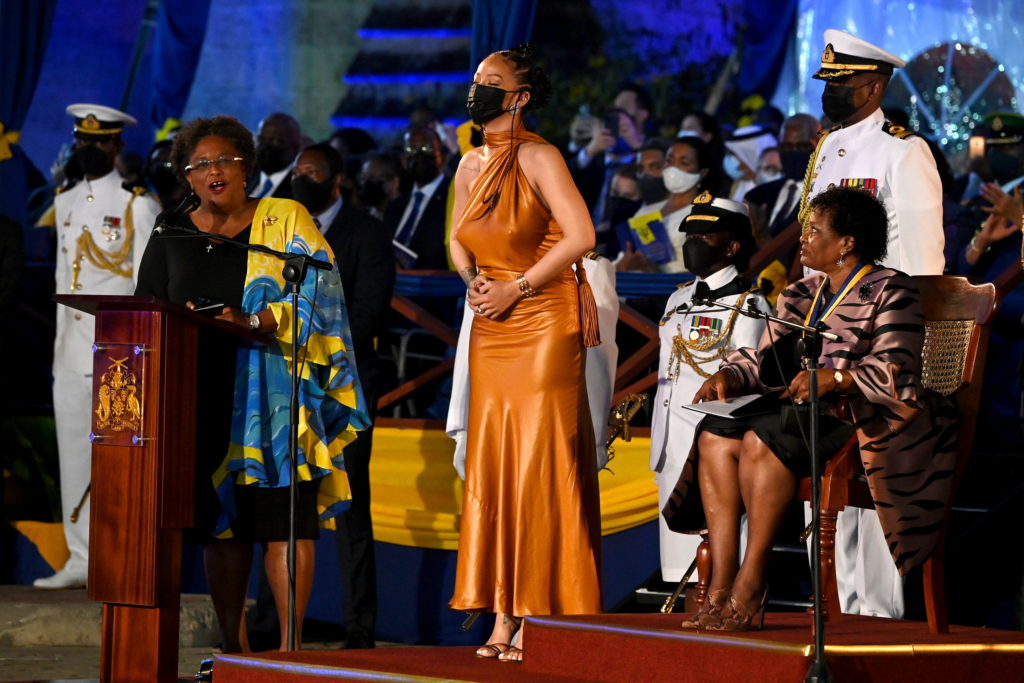 Barbados Prime Minister Mia Mottley and Barbados President Sandra Mason honour singer Rihanna as a National Hero during the Presidential Inauguration Ceremony to mark the birth of a new republic in Barbados at Heroes Square in Bridgetown, Barbados, November 30, 2021. Photo by Jeff J Mitchell/Pool via REUTERS

Rihanna raised her palm to her heart as she stood next to Mottley and said thank you before they walked offstage and briefly put their arms around each other.

Before Rihanna sat down again, she greeted several people, including Prince Charles.

On Wednesday, the singer was officially honored in a separate ceremony where she received a large medal emblazoned with the outline of Barbados and blew a kiss to the cheering crowd.

“This is a day that I will never, ever forget. It’s also a day that I never saw coming,” she said in a brief speech in which she encouraged the youth to continue pushing Barbados forward. “I have traveled the world and received several awards and recognitions, but nothing, nothing compares to being recognized in the soil that you grew in.”

It is the first time in more than 20 years that Barbados has bestowed a national hero honor: The last person to receive the title was former cricket player Garfield St. Aubrun Sobers. A total of 11 people have now been honored since 1998, including a slave who led a rebellion and the first person of African descent to serve in the island’s Parliament. 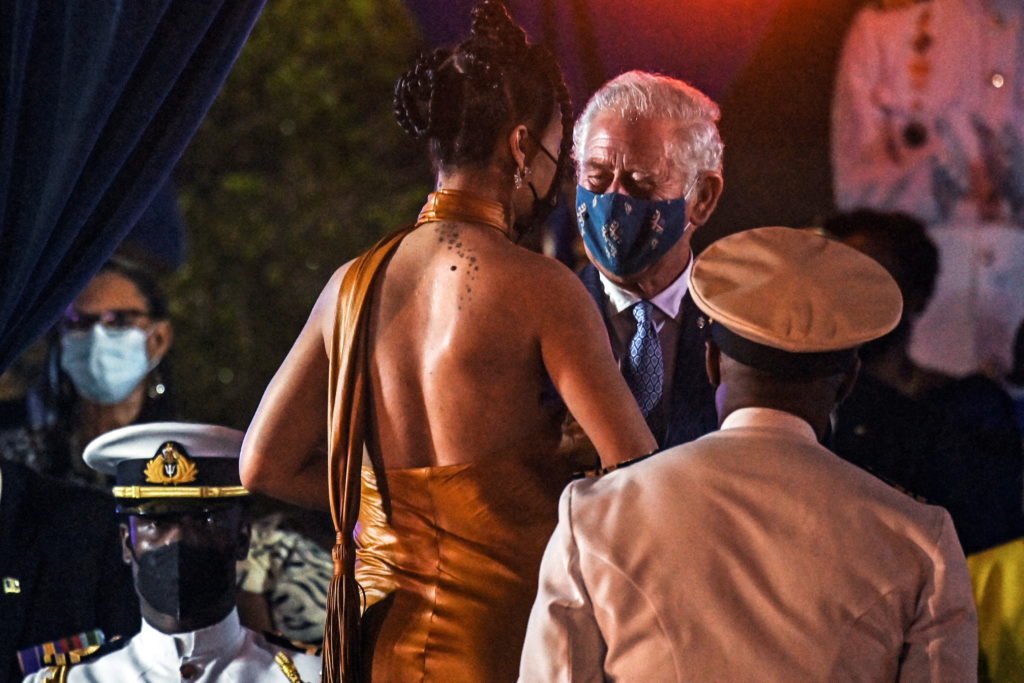 Rihanna, honored as a National Hero, and Prince Charles, Prince of Wales attend the Presidential Inauguration Ceremony at Heroes Square on November 30, 2021 in Bridgetown, Barbados. The Prince of Wales arrived in the country ahead of its transition to a republic within the Commonwealth. This week, it formally removes Queen Elizabeth as its head of state and the current governor-general, Dame Sandra Mason, will be sworn in as president. Photo by Toby Melville – Pool/Getty Images

When Mottley presented Rihanna early Tuesday before the official ceremony, she noted that the pop star came from humble origins and was born less than a mile from where the ceremony was taking place.

She congratulated the singer for “commanding the imagination of the world through the pursuit of excellence with her creativity, her discipline and above all else, her extraordinary commitment to the land of her birth.”

Rihanna has won nine Grammys in various categories, including rap, dance and R&B, and is working on an upcoming album. She also owns a lingerie line called Savage X Fenty and has been praised for being inclusive, hiring women and men of all shapes, sizes and colors for her fashion shows.