LONDON — Britain’s new 20-pound (about $29) note went into circulation Thursday — one that replaces the image of a pioneering economist with a battered warship being towed away for scrap.

The polymer banknote replaces a paper predecessor bearing the image of 18th-century economist Adam Smith. The new version features a self-portrait of artist J.M.W. Turner alongside his painting “The Fighting Temeraire.”

The painting depicts the Royal Navy ship HMS Temeraire, which helped win the 1805 Battle of Trafalgar, being hauled away by a tug at the end of its life.

WATCH: At rare J.M.W. Turner show, the watercolors are as fragile as they are many

Born in 1775, Turner became known as “the painter of light” for his resplendent landscapes and seascapes. The Turner Prize and the Turner Contemporary gallery in the seaside town of Margate, where he once lived, are both named for him.

Bank of England Governor Mark Carney said he was “delighted that the work of arguably the single most influential British artist of all time will now appear on another two billion works of art — the new 20-pound notes that people can start using today.” 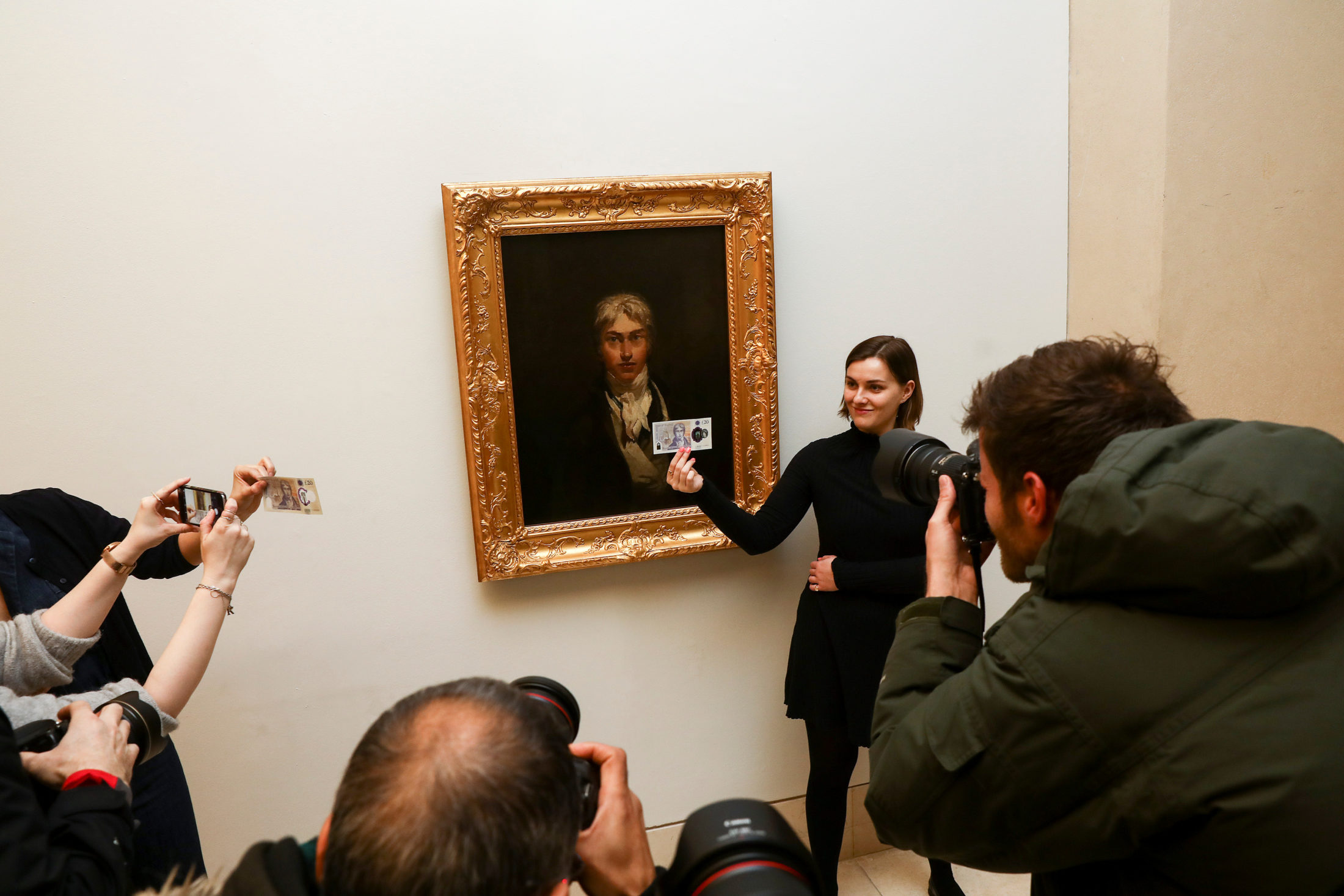 An employee poses with the new 20 pound note featuring artist J.M.W. Turner in front of Turner’s self portrait at the Tate Britain in London. Photo by Simon Dawson/Reuters

The bank says polymer notes are more durable and harder to forge. The new 20 includes features such as see-through windows and a hologram to help thwart counterfeiters.

The 20-pound note is the third denomination to be switched from paper to plastic, following a 5-pound note featuring former Prime Minister Winston Churchill and a 10-pound note bearing the image of author Jane Austen.

A polymer 50-pound note featuring codebreaker and computer scientist Alan Turing is due to enter circulation next year.

READ MORE: A museum thought it had a Rembrandt knockoff. Only it was real

At rare J.M.W. Turner show, the watercolors are as fragile as they are many