Roxane Gay on ‘difficult women,’ divisions in feminism and the Women’s March on Washington

Roxane Gay, feminist, essayist, novelist, comic book writer, keen observer of pop culture and lover of tiny baby elephants, is out with a new collection of short stories, called “Difficult Women.” The collection follows the lives of more than 20 women—from an engineer to a stripper to a woman made of glass—across the country, from Upper Michigan to a Florida subdivision.

The second sentence of “Difficult Women” is “I was in a mood.” The last is “You will hear me.” Ahead of the Women’s March on Washington, the author perhaps best known for a collection of essays called “Bad Feminist” sat down with PBS NewsHour to talk about how women are labeled, divisions in feminism today, and why the phrase “difficult women” resonates so strongly after the election. This conversation has been edited for length and clarity.

ELIZABETH FLOCK: I wanted to start off by asking you about the title “Difficult Women.” In the inscription in the front of the book, you write: “For difficult women, who should be celebrated for their very nature.” Can you talk about what you meant by that?

ROXANE GAY: Oftentimes the phrase “difficult women” or “difficult woman” is a slander. So I wanted to turn it into a positive rather than a negative. I wanted to celebrate women that might be labeled differently—whether or not they really are—who have no agency when they are labeled in that way. I thought: Let’s celebrate our difficulties and our humanity. It felt like a good way to play with preconceptions.

ELIZABETH FLOCK: In the book you also identify women by different labels: “loose women,” “frigid women,” “crazy women,” “dead girls” … What was the thinking behind those categories?

ROXANE GAY: I think there are a lot of labels that women get. “Crazy women”: women are often considered crazy when they call a man after they go on a date. Oftentimes what’s termed crazy by a man is: “Don’t crowd me, let me make all the moves.” I definitely think we have to challenge that. And “frigid women,” because whenever a woman doesn’t put out when a man wants her to, she’s [considered] frigid. I was really, really into that. And then I thought about how all too often, we see women dead, and the dead female body is the centerpiece of TV shows like “Criminal Minds,” “SVU,” “Law & Order.” I watch all these shows, of course, so I feel complicit in that.

ELIZABETH FLOCK:  You imbibe a lot of culture, a lot of TV, how does that influence your writing?

ROXANE GAY:  For the short story “How,” I thought about it in episodes. I thought using titles in the story would help shape the reader’s perception of what was about to happen, and be a nice placeholder for what was about to happen in that episode. I wanted the pieces to build, so that you get this really satisfying payoff at the end. There is a reason TV can be compelling, season after season, and it’s because there’s a narrative arc. In this story in particular I was thinking very specifically about a narrative arc. And thinking about what information to give the reader when, and why.

ELIZABETH FLOCK: On the other hand, the short story “Requiem for a Glass Heart” feels not at all of that TV world. It hinges on a metaphor about a woman made of glass. Where did that idea come from?

ROXANE GAY: In this case I was just thinking: “What would you be like if you were made out of glass?” Because glass is stronger than people assume. I learned that glass is made in nature when lightning hits sand. So I thought: What if a woman rose out of the sand when lightning hit? What would her life be like? What if this amazing happened? And then I wrote the story.

ELIZABETH FLOCK: But at the end of that story, I do think you sort of consciously make that point, when you say the stone thrower doesn’t want “to have to see too much” of the glass woman, or love her too carefully …

ROXANE GAY: Oh absolutely. There’s definitely … a point being made, about when a woman dares to expose herself. Oftentimes people look away, because it’s uncomfortable, because it’s difficult. 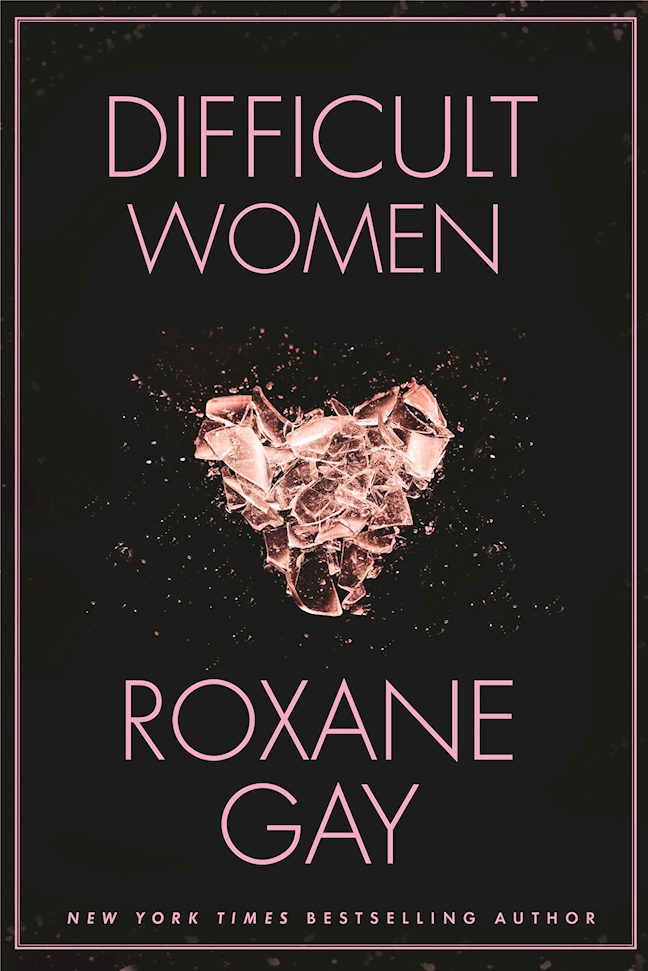 ELIZABETH FLOCK: You did a reading in D.C. last night, and someone asked a question about this election and feminism. You said: “This election revealed the difference between performative feminism and real feminism.” Can you talk a little more about what you meant by that?

ROXANE GAY: We’ve seen a lot of it lately, in the past two or three years. Feminism has become more popular, which I think is fantastic. We’ve even seen major celebrities embracing feminism and talking about it, which I also think is incredible. I think they are a great gateway to feminism. But some people stop at the gateway, and just say “Oh, I’m a feminist,” and just decide feminism is anything related to women. Like: “Oh, a woman has a job, oh, well she’s a feminist.” And it’s deeper than that, it’s richer than that, and we don’t talk about that a lot. So I think a lot of what happened on Nov. 8 was this confluence of all of these people who didn’t realize what feminism actually was. They were thinking they could vote for Donald Trump and that somehow women’s rights would be okay, and that somehow they were making an independent choice by going against the grain of “what you were supposed to do.” So I think a fracture was revealed. And a lot of people, myself included, were very surprised that 53 percent of white women would vote for Donald Trump. It’s not even about conservative vs. liberal. It’s: Have you met him? Have you seen this man and what he stands for, which is nothing? And so how do we reconcile that with this idea that we were making strides for women? … We don’t necessarily. So that’s very difficult.

ELIZABETH FLOCK: You tweeted about the New York Times story about how there are divisions in the Women’s March on Washington, specifically along racial lines, a split which feels like it’s been going on for a while …

ROXANE GAY: Yeah, definitely, that’s been going on since the rise of feminism. It’s a fracture that happens in all movements, but for some reason people love to gawk at it when it’s women and feminists. That article troubled me because I just felt like, “This is what you’re choosing to focus on?” But at the same time, I think it was important to show what is happening, to reveal that these fractures that are happening. The story certainly didn’t do those [white] women who were like, “I don’t want to go [to the march] anymore,” any favors. It made them look really bad. And they should look bad, they should have some reflection. Like, “Oh, I’m being asked to look at gender as a complex thing? I’m being asked to understand that women are not just women, they have complex identities? No, don’t make me do that work.”

ELIZABETH FLOCK: I think you also said last night that you’re not responsible for the feelings of alienation of those women, of others …

ROXANE GAY: Correct. And we’re seeing again, since Nov. 8, this call to “understand middle America.” I’m from Nebraska and I live in Indiana, so I have a very good understanding of middle America. I’ve spent 35 of my 42 years in so-called “flyover states.” I don’t think it’s a great mystery. These are normal people who work hard. Many of them are very faithful. Certainly they have conservative values. But this idea that somehow they’re misunderstood and disaffected is not necessarily true. They’re not misunderstood. And again you can’t speak of it in a blanket way. It’s difficult. But many people on both sides are intolerant, and I don’t think that marginalized people are responsible for making not marginalized people feel more comfortable. That’s not our job. If you feel alienated by something, you have to look at that. Because that’s your choice. That’s an active thing that you’re doing. So I think this idea that we have to somehow create bridges and somehow do some sort of emotional labor is just nonsense, and I’m not personally going to do it.

ELIZABETH FLOCK: Do you think the phrase and idea of “difficult women” has special resonance after the election?

ROXANE GAY: Oh, definitely. Hillary Clinton was a difficult woman in every sense of the word. She was also extraordinarily qualified. My heart breaks for her, to lose to Donald Trump. He’s unworthy, he’s just unworthy, and she is worthy. I know that many people disagree, and I respect[that] we have different opinions on her. But I thought she was going to be a hell of a president. Not a perfect president, and she had some very big shoes to fill with Barack Obama, but I thought she would have made a good faith effort. And so it’s a shame.

ELIZABETH FLOCK: When is your memoir “Hunger” [on food, weight, self-image] coming out?

ROXANE GAY: It’s done and I’m much happier with where it is now. I’ve been working on it for two years, but not really. I’ve been on the road since May 2014 so … a lot of it was just logistics. I did not have time to sit and write.

ELIZABETH FLOCK: But it’s amazing how hyper-verbal, or how prolific, you are. In the last few years you’ve written essays, two novels, a comic book, this book of short stories and a memoir—and you send maybe dozens of tweets every day.

ROXANE GAY: I think it’s because in my actual life I am very quiet. So on Twitter, I can be chatty without being around other people, which is very seductive. You know, hell is other people.