Cartoonist Scott McCloud, best known for the “Understanding Comics” series, talks about “The Sculptor,” his first graphic novel and his first work of fiction in over 30 years. Video shot and edited by Josh Barajas.

You’re chugging up a roller coaster, but the slow climb to the top seems to take forever.

That’s how writing and illustrating “The Sculptor,” a 488-page graphic novel, felt for artist Scott McCloud, best known for the “Understanding Comics” series. 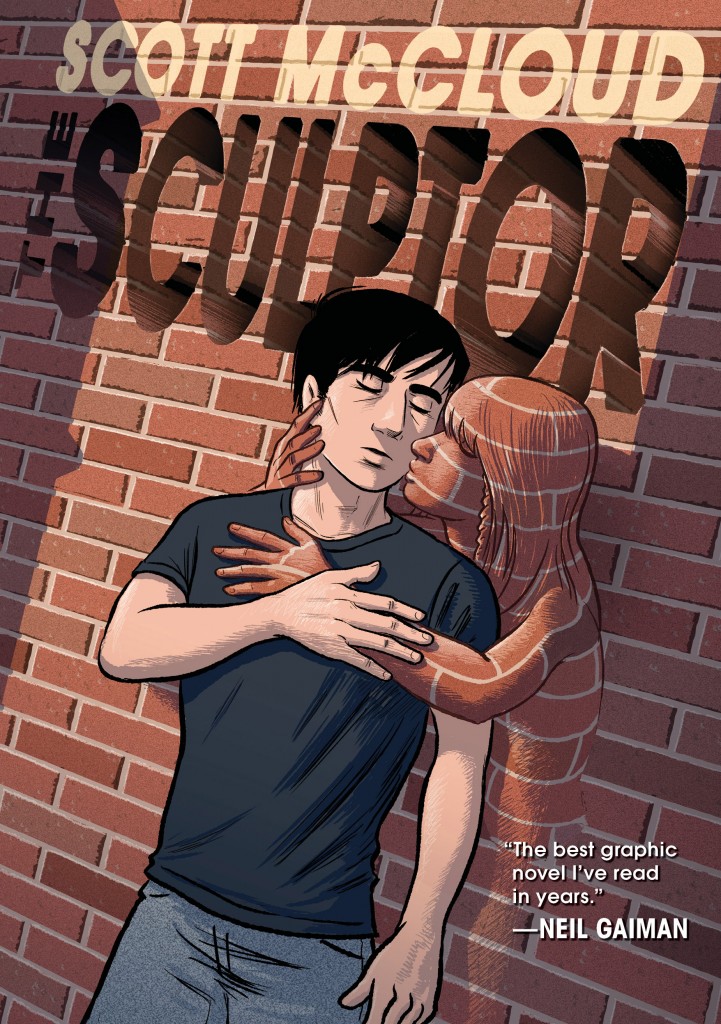 The project took him five years to complete. And for McCloud, the achievement was monumental. While his non-fiction work on understanding and making comics is widely regarded as the textbook authority on comics art, “The Sculptor” is his first graphic novel and his first work of fiction in over 30 years.

“For somebody that likes to theorize and come up with ideas on how comics work, it’s not the same as sitting down and actually applying, test driving all these ideas and techniques.”

The result is the emotionally wrought story of David Smith, a young sculptor who shares the name of the real-life sculpting legend. Overcome with his inability to make a name for himself in the art world, David enters a Faustian bargain with Death, who takes the form of his deceased Uncle Harry. The terms? David will be able to sculpt anything with his bare hands, but he’ll pay with his life. At the end of 200 days, he will die. 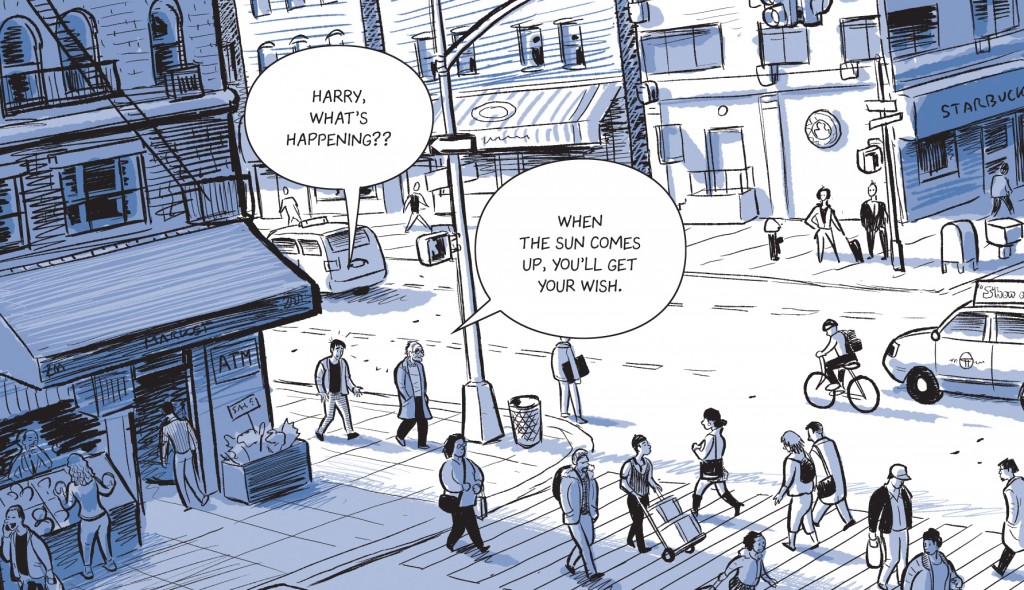 David revels and despairs in his powers until he meets Meg, an actress struggling with depression. As the late-entry love of his life, she complicates his plan to quickly sculpt an immortal body of work and die a legend. The fleeting passage of time, along with the pressure to be great, weighs on David during the book’s difficult middle.

David’s journey is dark, and all too familiar for creators of all kinds. But McCloud insists that the book is a “love letter” to all artists, not just the “ones in the sunlight,” but also the vast majority who never gain a wide audience or experience mainstream success. 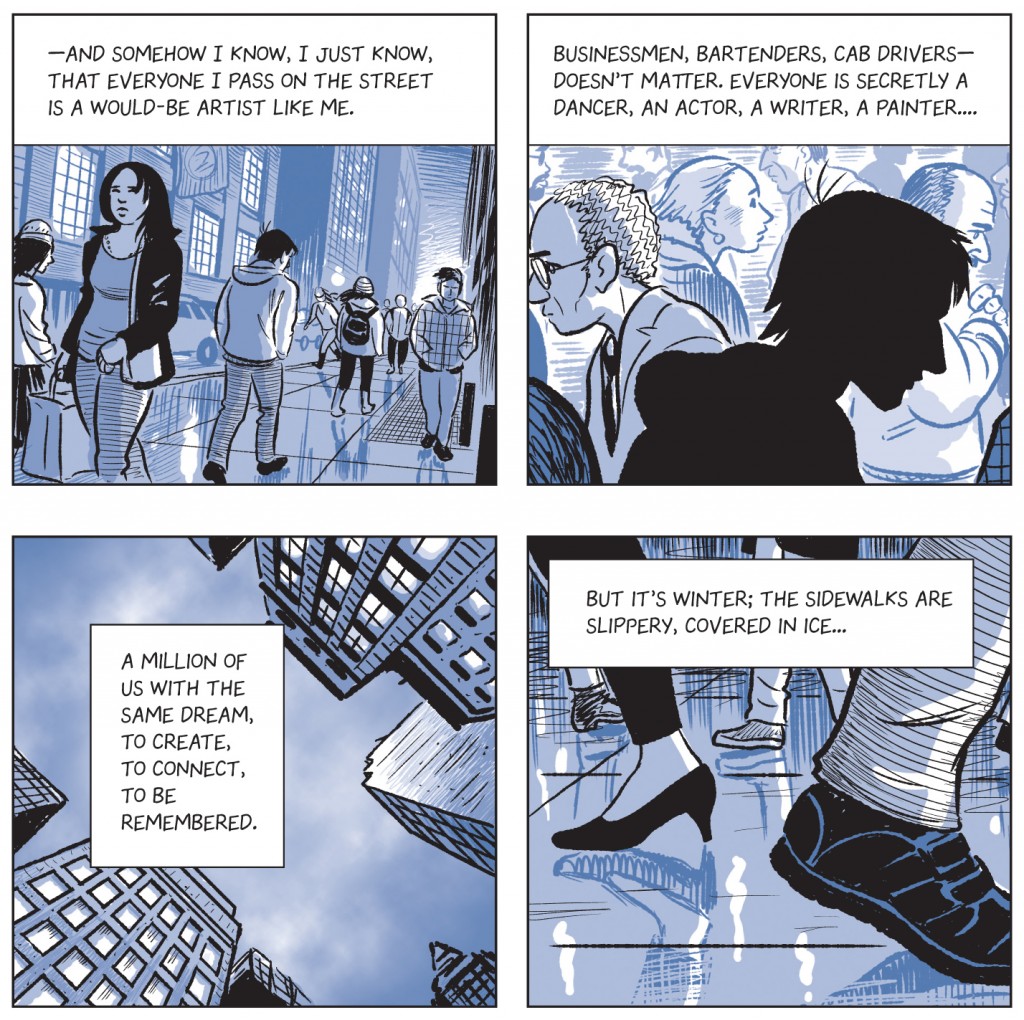 “That’s most people who pick up a pen or a paintbrush or try to sculpt or make movies,” McCloud said. “Most of those people struggle in obscurity for most of all of their lives. But I see their struggle as just as noble as the ones who find themselves celebrated or immortalized. And (David’s story) is their story too.”

While David strives to distinguish himself from others, his story is powerful because his struggle is so common. Will our hero live forever through his art? If we are taught the right skills, honored with the right circumstances, will we? Looking back, McCloud can offer only one certainty:

“One way or another, everyone gets forgotten. But there’s something glorious about struggling against it. About not allowing the sun to go down too quickly.”