Every year when the Academy Awards roll around, most nominated films and performers have already captivated the public’s attention. But often there’s a handful of films that viewers don’t know quite as well.

Art Beat came up with a list of six feature-length films that are currently nominated for Oscars, but haven’t gotten the same publicity buzz. What are these films? Should we check them out? We spoke to Kenneth Turan, the film critic for the Los Angeles Times, to find out more. 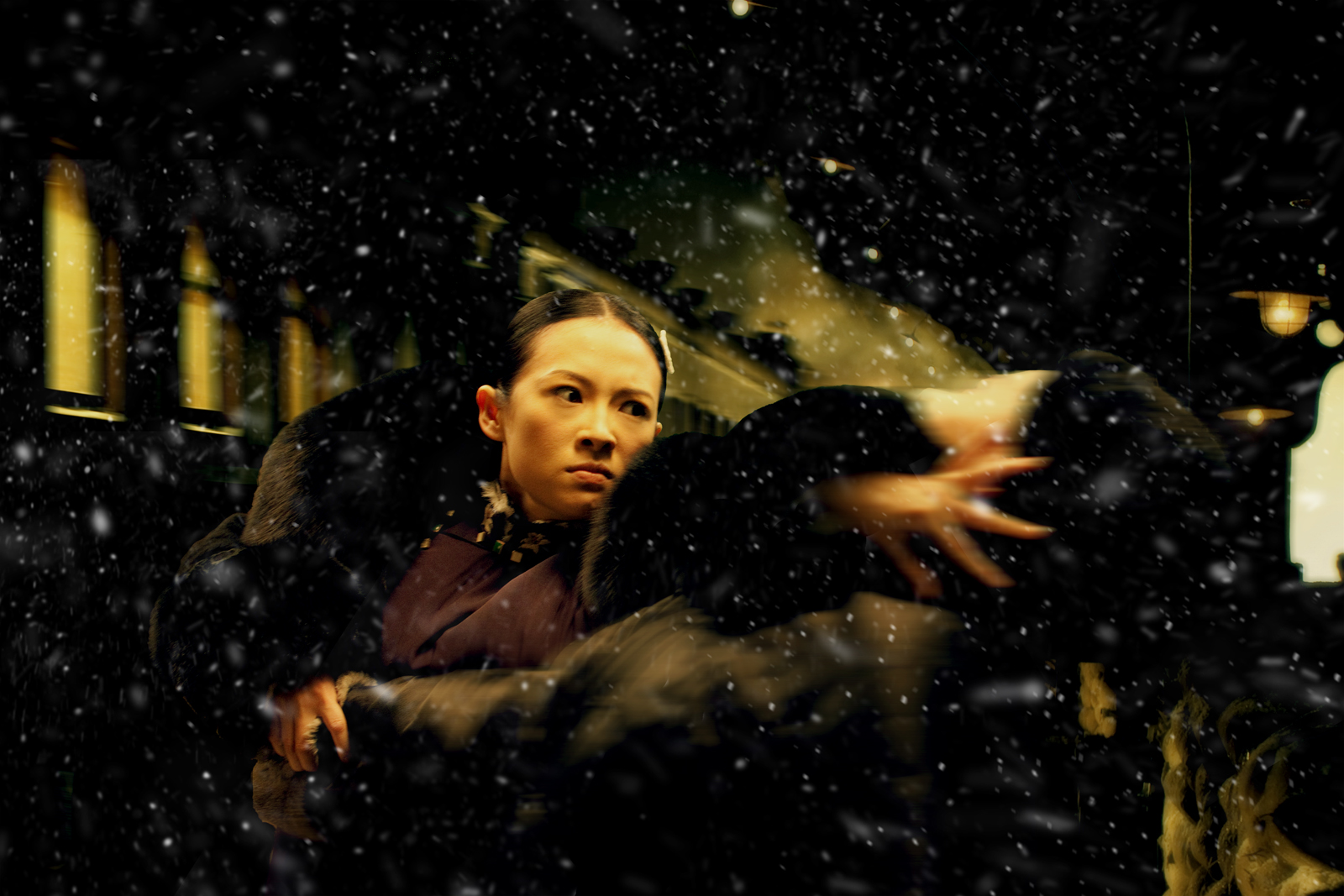 Wong Kar Wai’s “The Grandmaster,” starring Tony Leung, Ziya Zhang and Chang Chen, tells the story of legendary kung fu master Ip Man, who taught a number of renowned students including Bruce Lee. Set in China after the fall of the last dynasty, during the golden age of martial arts, the film is filled with epic action sequences choreographed by Yuen Wo Ping (“The Matrix,” “Kill Bill,” “Crouching Tiger, Hidden Dragon”).

Kenneth Turan: Well “The Grandmaster” is just a treat. Wong Kar-wai is a great visual filmmaker. He’s worked with martial arts before, but martial arts is really the focus of this film and it’s just fun to watch the action and watch his camerawork. It’s like a meal made entirely of desserts.” 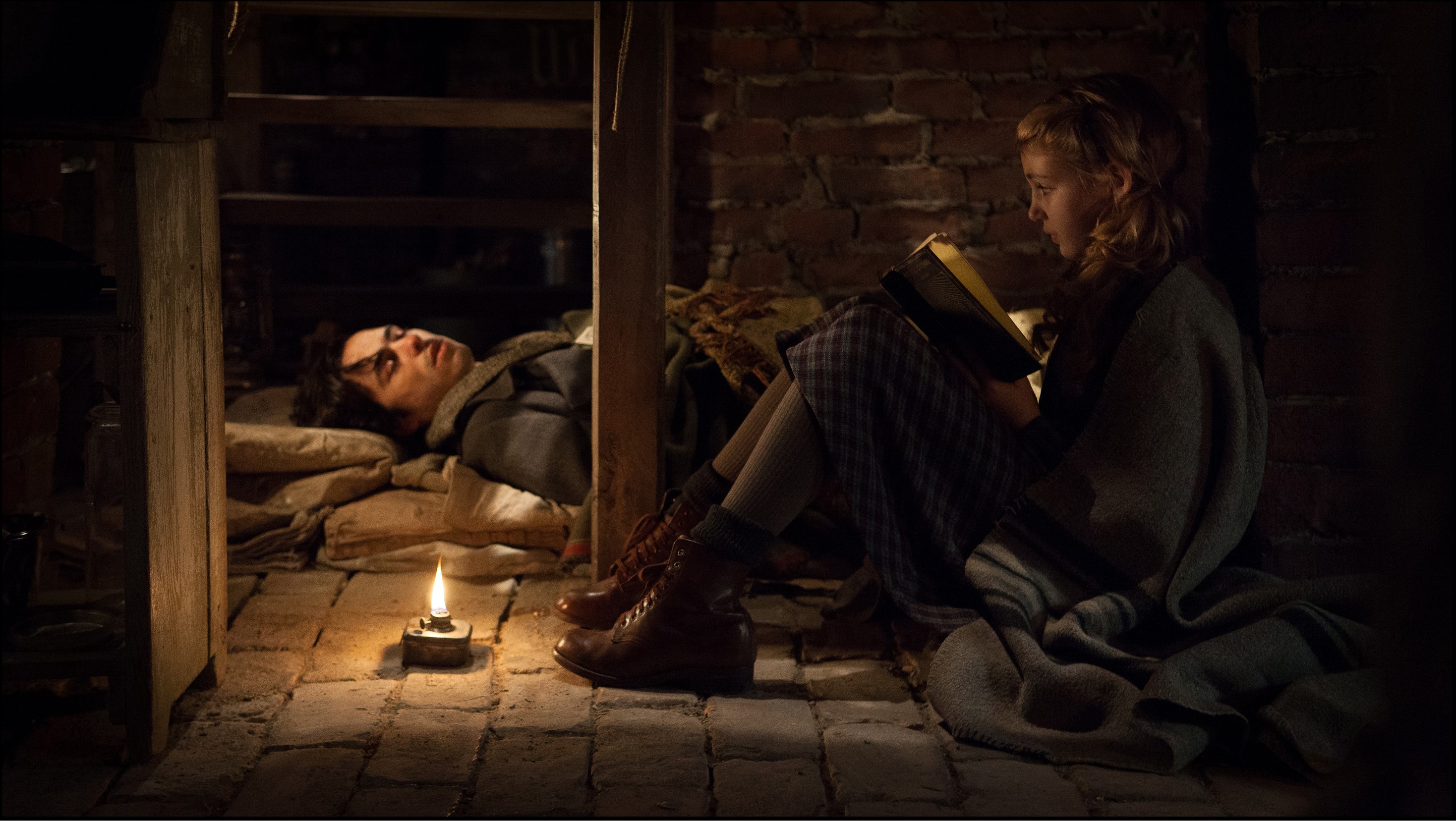 “The Book Thief,” based on the international bestselling book by the same name, tells the story of a young German girl during World War II. Leisel learns to read with the help of her new foster parents, who also end up taking in (and hiding) a Jewish boy, Max. Leisel and Max bond over the power of books as they try to cope with the war raging outside their home.

Kenneth Turan: It looked to be a very middle-of-the-road, earnest film wanting to do good in the world. There was nothing wrong with it, but nothing unexpected about it. 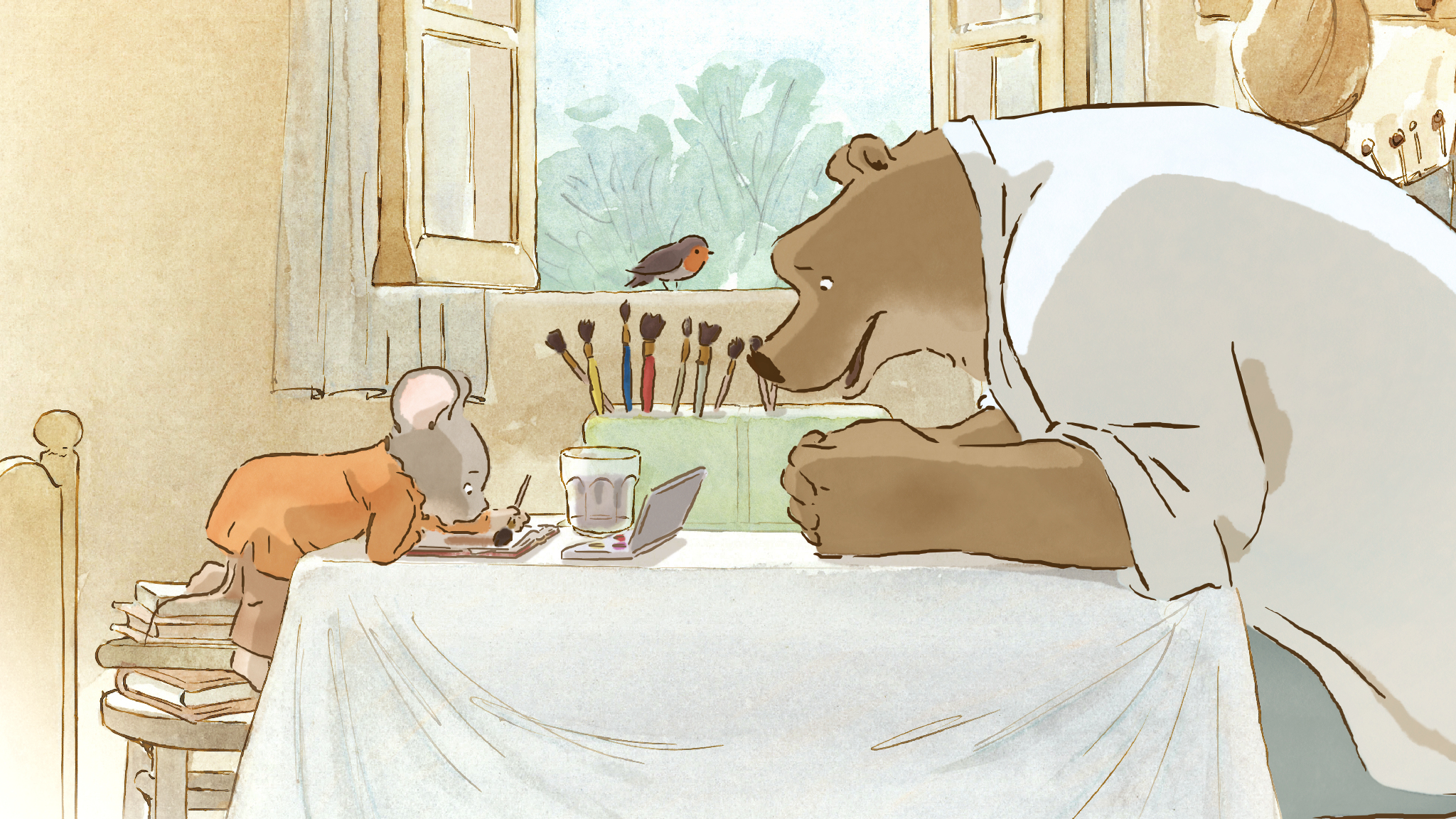 Based on a Belgian children’s book series, “Ernest & Celestine” tells the story of the unlikely friendship between a Parisian mouse and a bear. Tucked away in a community that fears bears, Celestine refuses to buy into the warnings about bears that she has been taught her whole life. She befriends Ernest, even after he tries to eat her for breakfast. The two face criticism from their communities and must prove that a friendship between a bear and a mouse is possible.

Kenneth Turan: I believe it’s hand-drawn animation … It also feels very European. The bear is very gruff. It sounds like it could be an American animated film, but the sensibility has its own charms.”

All Is Lost by J.C. Chandor
Nominated for: Best Sound Editing (Steve Boeddeker and Richard Hymns) 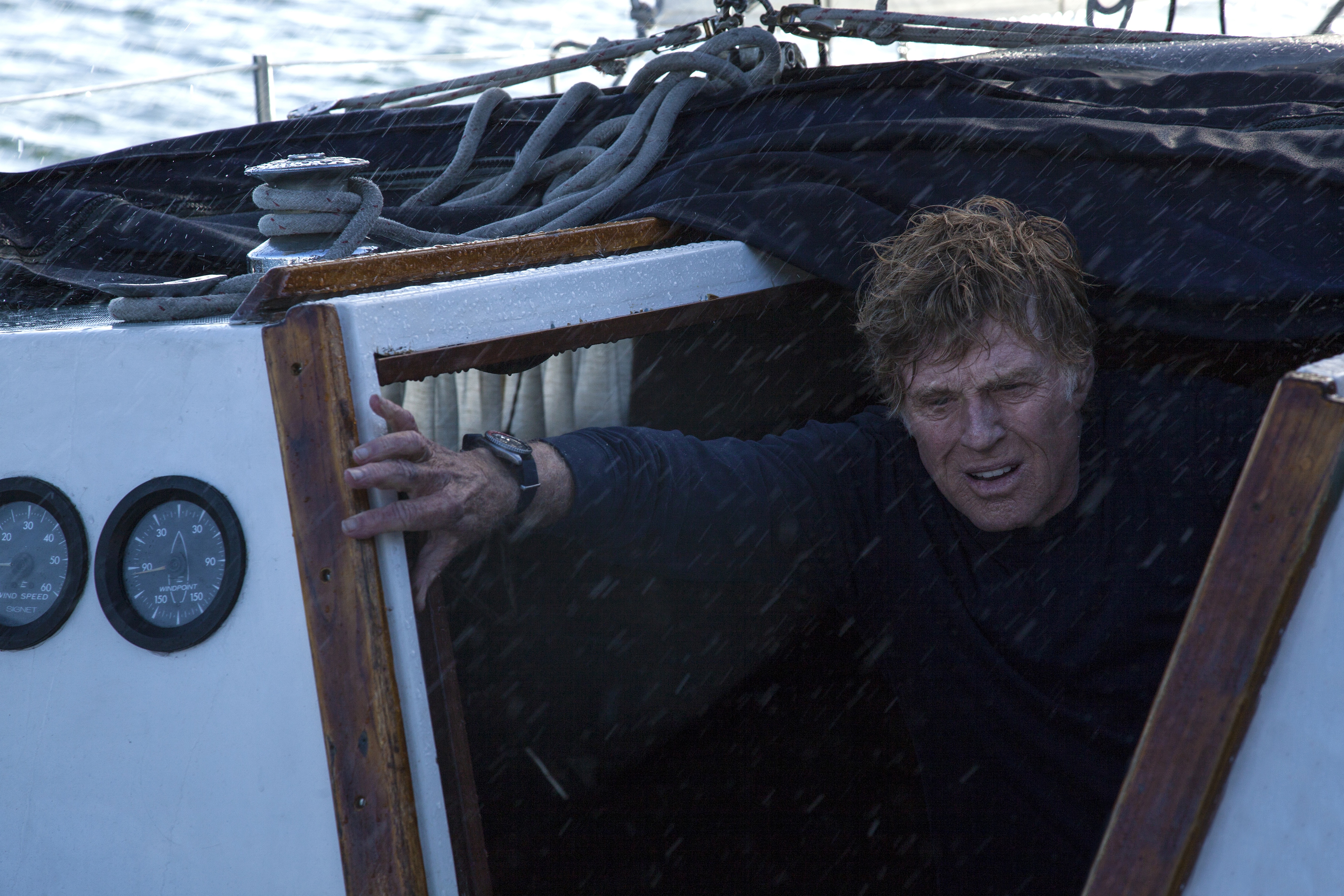 Robert Redford stars in “All is Lost,” the story of a solo sailor battling against an unfortunate turn of events. In the middle of the Indian Ocean, the unnamed protagonist wakes to find an abandoned shipping container punches a hole in the side of his boat. His navigation equipment and radio are disabled and, without them, he soon sails into a storm. The film follows a resourceful man as he ultimately faces his own mortality.

Kenneth Turan: Robert Redford is the only one in the film. There’s some talking from him and voice over, but there’s no conversation. It’s basically a silent film. That’s kind of daring for him to take on. I thought he did a wonderful job with it. It didn’t break through the public consciousness, it didn’t do that well at the box office, but it’s really almost an art film, an experimental film.” 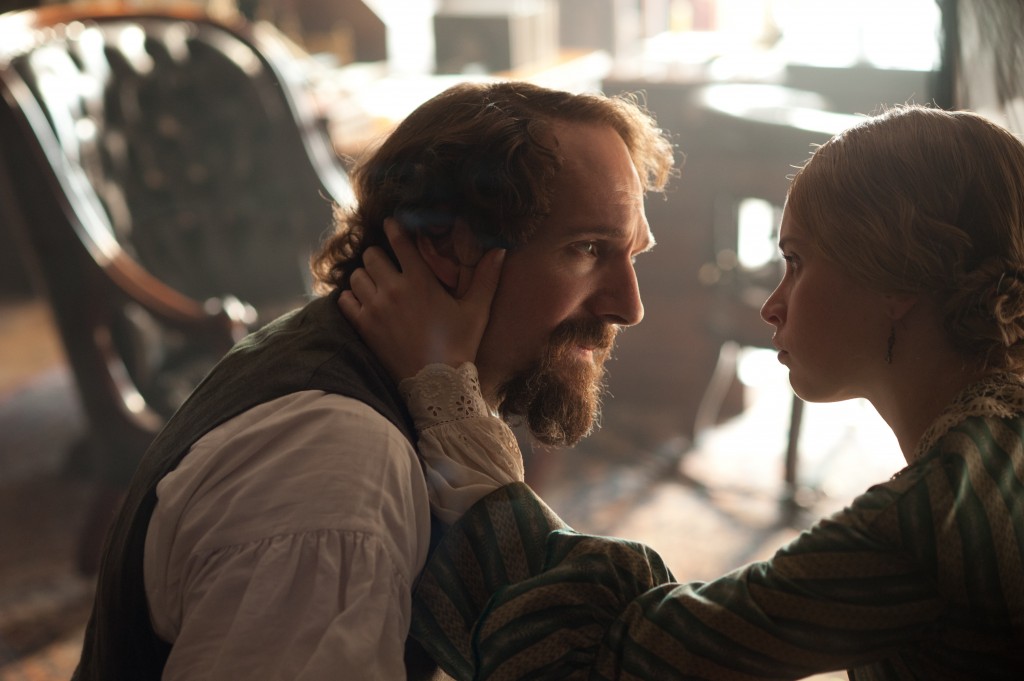 “The Invisible Woman” tells the story of Charles Dickens’s secret love affair. At the height of his career, Dickens meets and falls in love with Nelly, a young woman from a family of actors. Despite his marriage, Dickens carries out a decades-long affair with Nelly in Victorian society, where any action perceived as imprudence can destroy a woman’s reputation.

Kenneth Turan: This is really classic filmmaking, old-fashioned, almost throw-back filmmaking. It’s a really thoughtful story, intelligently made, really terrific acting. Just the kind of story about human lives and human interaction that I really like to see in films. 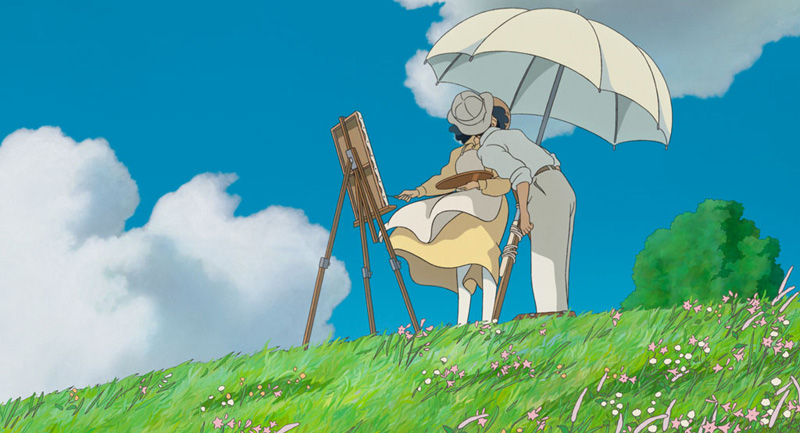 In Miyazaki’s “The Wind Rises,” Jiro dreams of flying. Inspired by Caproni, a renowned Italian airplane designer, Jiro is unable to be a pilot due to his eyesight. Instead, he joins a Japanese airplane engineering company and becomes a groundbreaking designer. The story of Jiro’s life takes the audience through the a series of historical events, including the 1923 Kanto earthquake, the Great Depression, and Japan’s participation in World War II. Jiro is based on the real life figure Jiro Horikoshi, who designed aircrafts used in World War II.

Kenneth Turan: I’m a Miyazaki fan. I’ve liked all his films — I think he’s one of the greatest animators who ever lived. This is a very personal film, just really immaculate storytelling, really fun to watch. It’s just different than the animation we’re used to.”