Scenes from the Arab Spring flash across the screen at the start of the new documentary “Shake the Dust.” But this film isn’t about politics or a revolution.

“Our story doesn’t make front-page news,” says the young narrator, a 12-year-old named Karim who grew up in a Kampala slum.

For some of them, it’s a way of self-identifying, of saying ‘I came from this place that most people think of as this terrible slum, but I also come from this beautiful culture called hip hop.’”

Images of violence dissolve to reveal a different side of war-torn and poverty-stricken worlds. Weaving through the streets and ghettos of Uganda, Colombia, Cambodia and Yemen — where filming took place days before mass protests and rioting broke out in the Middle East — the documentary depicts the lives of b-boys and b-girls who share a universal culture of hip hop. These are kids and young adults who have lost their parents, who were born with easy access to drugs and gangs and who have witnessed poverty firsthand. But for them, director Adam Sjoberg says, breakdancing isn’t an escape; it’s a way of life. 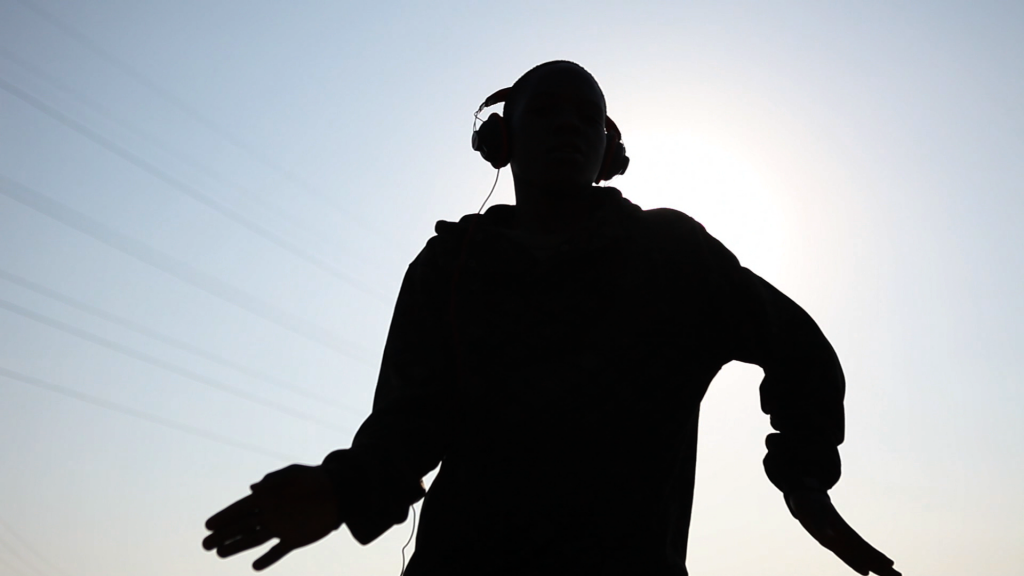 The silhouette of a breakdancer in Uganda. Image courtesy of BOND/360.

The imagery in the film is striking. In one scene, a group of Yemenese b-boys lays down a mat in one of Sana’a’s traditional public squares and breakdances. In Uganda, a b-boy leaps on top of a parked car and dances beside traffic. Throughout the documentary, breakdancers flip, turn and twist among dilapidated ruins, on crowded sidewalks and hilltops.

It was those images that gave Sjoberg the name for the film.

“I saw the repeated visuals of kids breaking in the streets and slums, kicking up dust. That visual, tethered to the idea of ‘shaking off’ their circumstances melted into the perfect title for the film.” 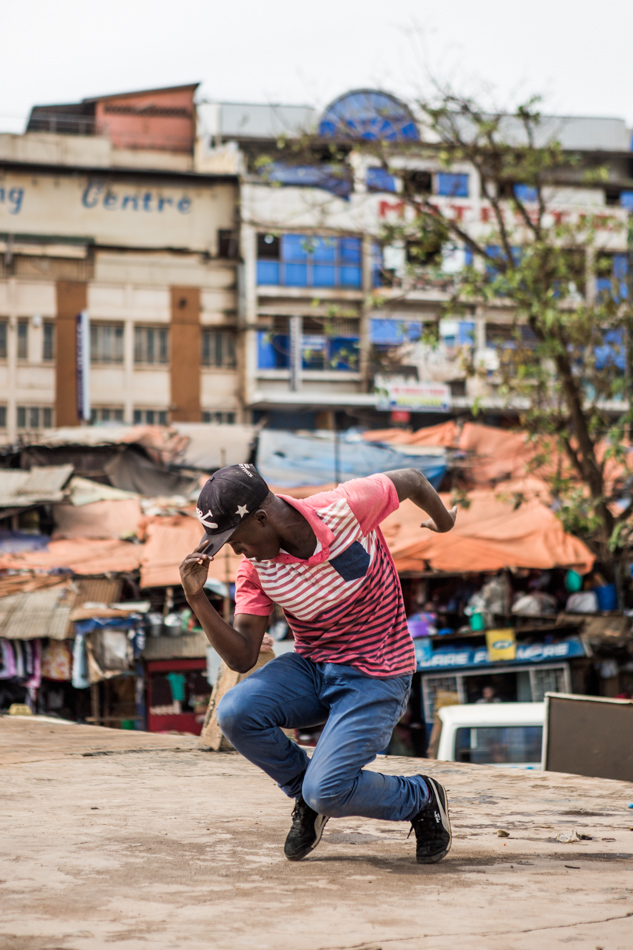 A b-boy poses in Uganda. Image courtesy of BOND/360.

Sjoberg wanted to make a documentary that showed a “different side of the story” in these impoverished areas. In 2007 he stumbled upon a video of kids breakdancing in Uganda — one of whom, a boy named Eric, ended up in his film. From there, he began finding similar videos of kids in other countries. 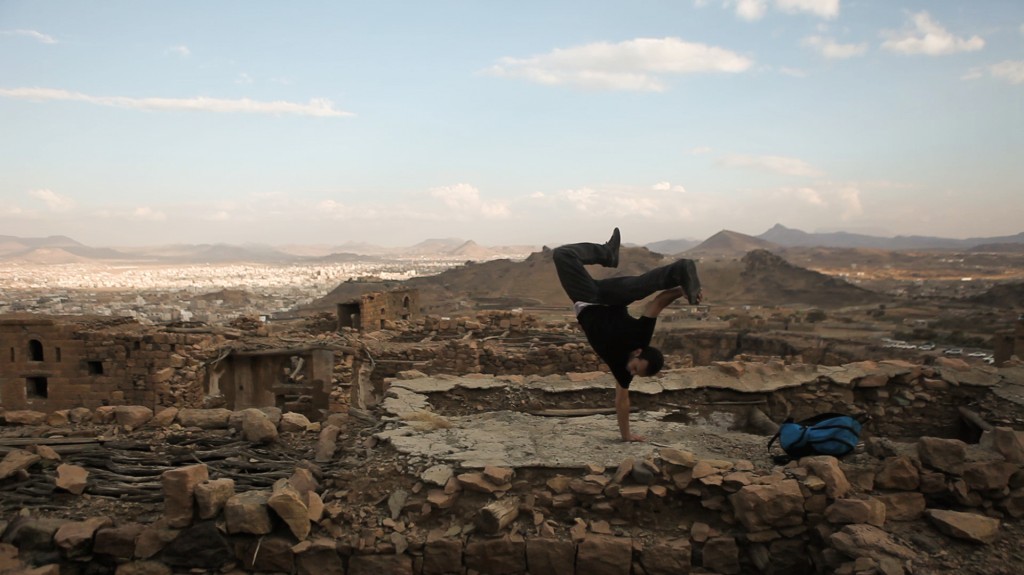 A b-boy dances on top of a rundown structure in Yemen. Image courtesy of BOND/360.

“That became my way in, to be able to tell an overall global story from underserved communities.”

Eight years later, and with some help from hip hop legend Nas, his idea has become a reality. 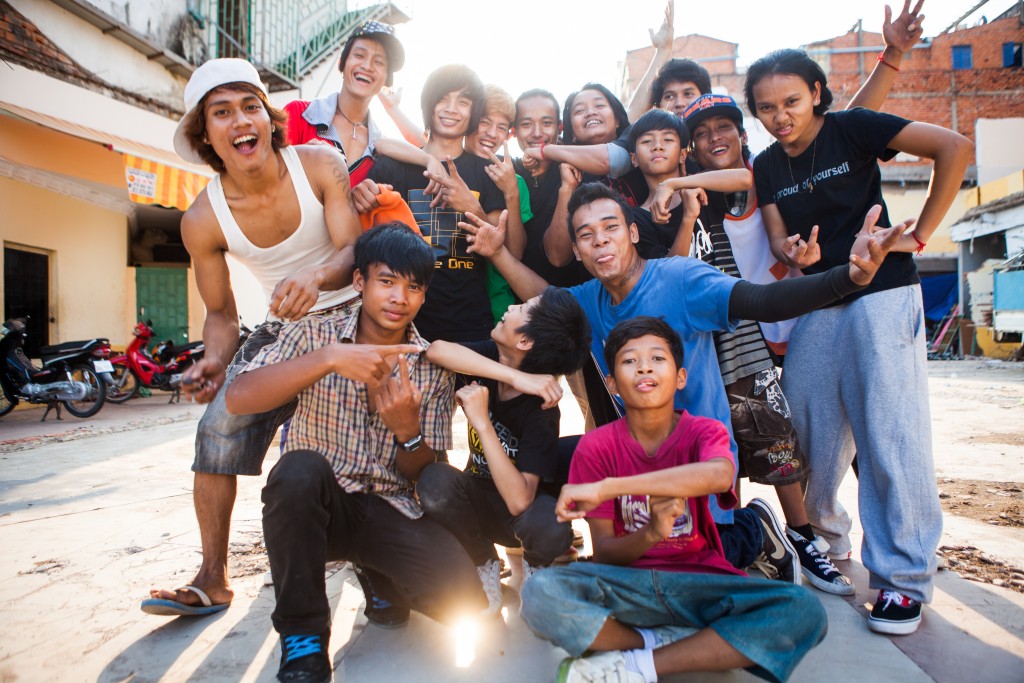 A breakdancing team in Cambodia mug for the camera. Image courtesy of BOND/360.

Most credit hip hop’s birth to New York City — specifically the Bronx — and to a culture that grew out of poverty. “Shake the Dust” reveals how hip hop has taken similar roots in faraway places many might consider unexpected homes for a movement that once found mainstream popularity on MTV. Sjoberg hopes that the documentary will help shift this perspective.

BOND/360 will theatrically release “Shake the Dust” on May 15th in Los Angeles at the TCL Chinese Theater to be followed by national, limited theatrical release. The film will be available on Itunes and additional VOD outlets on May 19. You can currently rent and buy the film on Vimeo.

Left: A young b-girl in Colombia breakdances next to her dad. Image courtesy of BOND/360.