South Sudan, a landlocked country in northeast Africa, has been embroiled in a civil war between government and opposition forces since 2013, two years after it gained independence. NewsHour special correspondent Jane Ferguson reports that countless people are on the run or starving, and that human rights advocates warn of ethnic cleansing of specific tribes. 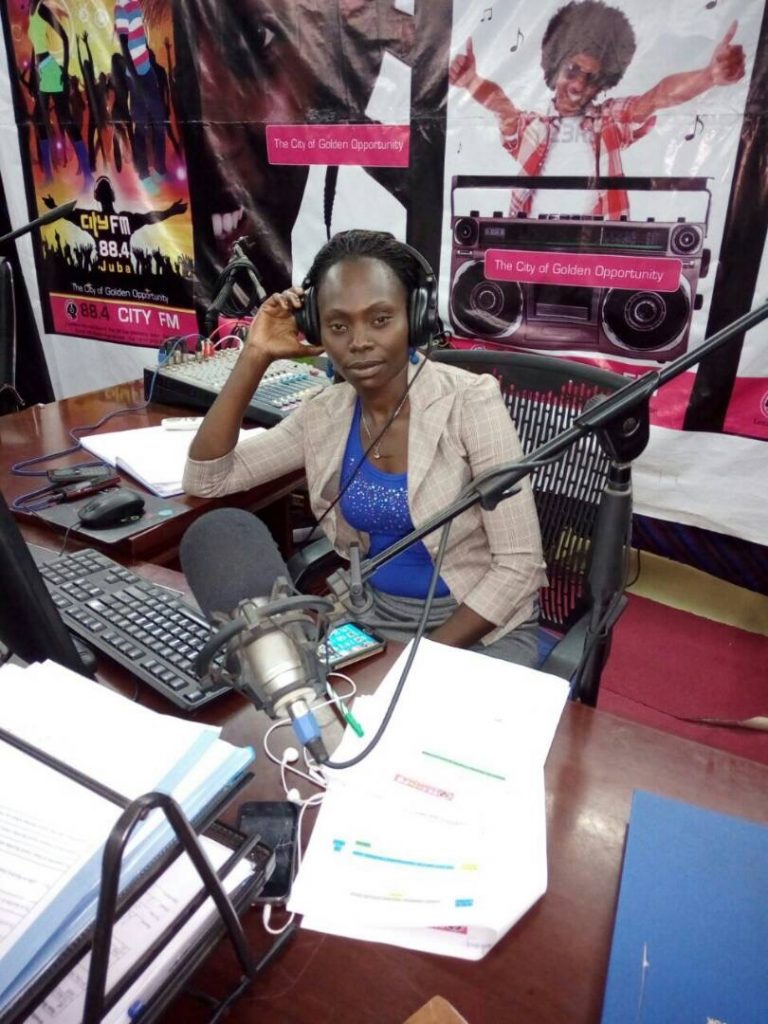 But parts of the country remain untouched — or at least stable — including Juba, South Sudan’s sprawling capital. There, young people seek to keep living life as usual, a major part of which is the infectious, can’t-stop-moving, dance hall music culture.

“They all like dance hall. They want to dance. They want to be happy despite the situation. They want to socialize with their friends,” said Akim Mugisa, who works at 88.4 City FM, one of the leading radio stations in South Sudan, and who spoke to NewsHour by phone and WhatsApp from the station in Juba.

Originating in Jamaica during the political unrest of the 1970s, dance hall is like reggae music, but more rebellious and fast-paced. Dance hall artists “toast,” or rap, over a rhythm track, and often compete to see who can be “badder den dem.” In South Sudan, musicians sing in English or Juba Arabic, the city’s dialect, or a blend of both.

Mugisa says a top hit this month is “Shid Hel Kum,” which means “Give Yourself Hope,” by the dance hall artist Crazy Fox. In 2016, entertainment website Hot in Juba crowned Crazy Fox the year’s dance hall king. The song, which is not online, but which Mugisa has heard, said it is “an encouragement song in the middle of conflict, economic crisis and related hardships.”

Crazy Fox’s 2016 hit, “Tebiu Chapati,” encouraged the youth to not be lazy and work harder for their money:

But dance hall artists often sing songs about less serious topics, too, about freedom and having fun. Among these is Kawaja Revolution, whose 2012 megahit “African Style” was all about dancing: “I want to dance, dance, African style… I love to see my people dance, let’s do this together, let’s dance together.”

Though people regularly request dance hall music on the radio station, the culture comes alive in clubs. In Juba, clubs generally hosts regular Wednesday ladies nights and Friday and Saturday night dance hall concerts, which have only been intermittently interrupted by the violence.

In July, the popular Club 64 resumed business “due to public demand,” writing on its Facebook page “#peacevibes #calmtheguns #nomorewar #weareallone” and “upholding peace and cohesion!”

That same month, Koryom Kuol, an events organizer, told the Guardian that dance hall music was particularly important in South Sudan now because its concerts “bring youth people from all tribes together to dance, sing and socialize regardless of their affiliation.”

And as the violence has escalated, Mugisa said, more musicians have begun writing songs about peace building and unity. Among these is dance hall artist MC Lumoex, who in September released the song “Dafa Dafa,” which means “Revenge,” with the music group Allstars:

“Enough is enough,” he sings as the song opens. “Revenge will not take us anywhere.”

Another new song by MC Lumoex, called “Alabu,” or “Dance,” is not yet online, but Mugisa said it is about both making peace and also having fun. “Dance… meaning let us dance and be happy than being desperate because of the situation,” he said.

READ MORE: Using the power of radio to end conflict in South Sudan

Left: Emmanuel Jal, a South Sudanese hip hop star, got his start in dance halls. Here, he performs in April 2014 at a concert for peace, a subject many dance hall stars now sing about. Photo by Tony Karumba/AFP/Getty Images