As the sun was coming up over the Georgetown waterfront, 37-year-old Allison Shapira bounces and waves to the beat in a cafe-turned-club in this historic Washington, D.C., neighborhood. Two DJs spin club music while a brass band whips dancers into a frenzy. They play their instruments and weave their way toward the center of the dancefloor. The crowd cheers. The MC chants, “Seize the day! Break the day!”

“I skipped boot camp for this,” Shapira said.

This isn’t your average club scene. This is Daybreaker, a sunrise dance party where “pre-gaming” with alcohol is swapped for 6 a.m. yoga, and shots of Fireball are replaced with organic energy drinks and iced coffee. The “morning movement” is making its way across the globe. So far, there have been more than 100 events held in nine different cities, including New York, San Francisco, Tel Aviv and London, in an effort to get people to rise and shine with a healthy dose of fun.

“Everyone’s inspired and fresh … It’s really about waking up,” said Shapira, who was attending her first morning party on a recent Wednesday. 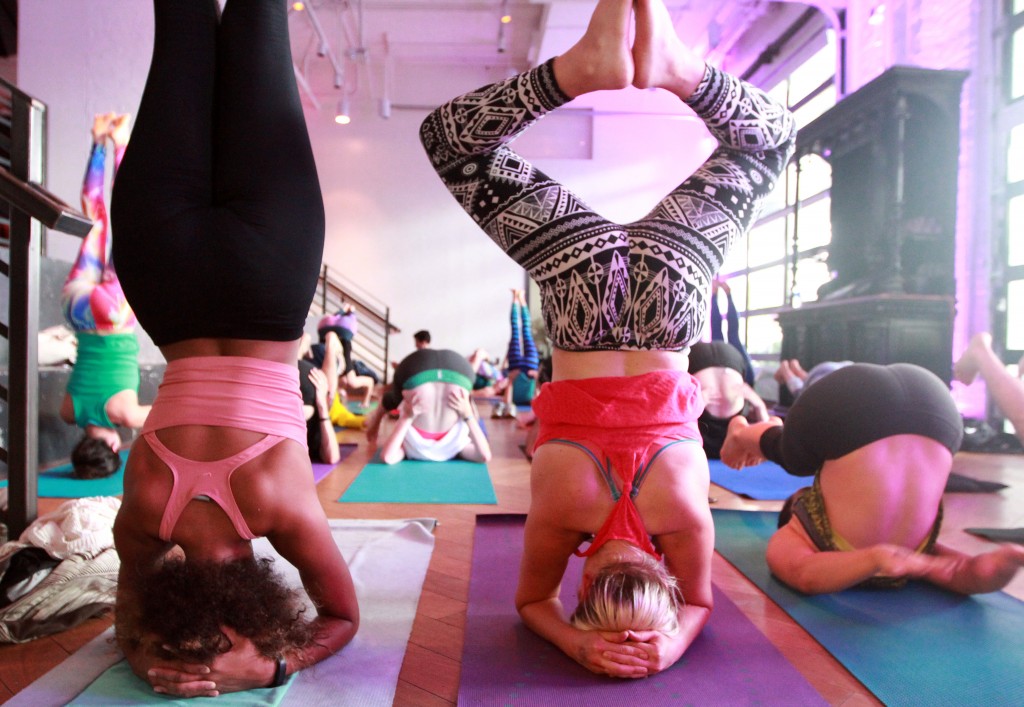 The concept for Daybreaker came about in 2013 inside a Brooklyn falafel shop. Founders Radha Agrawal and Matthew Brimer were musing over their night of dancing when they had the idea to take the energy and inclusiveness of the nightclub scene and infuse it into the weekday morning routine.

“Morning is a time when you have the most amount of energy potential inside of you,” Brimer said. “We started Daybreaker with that in mind.”

The atmosphere of a rave typically isn’t associated with that of clearheadness, but Agrawal doesn’t think that will deter partygoers.

“We curate these wild moments that distract you from the fact that you’re sober,” he said.

Distractions have come in the form of surprise appearances from cities’ local artists. Acrobats, painters, spoken-word poets and musicians, like Rufus Roundtree and Da B’more Brass Factory, have showcased their work at Daybreaker, adding to the excitement. 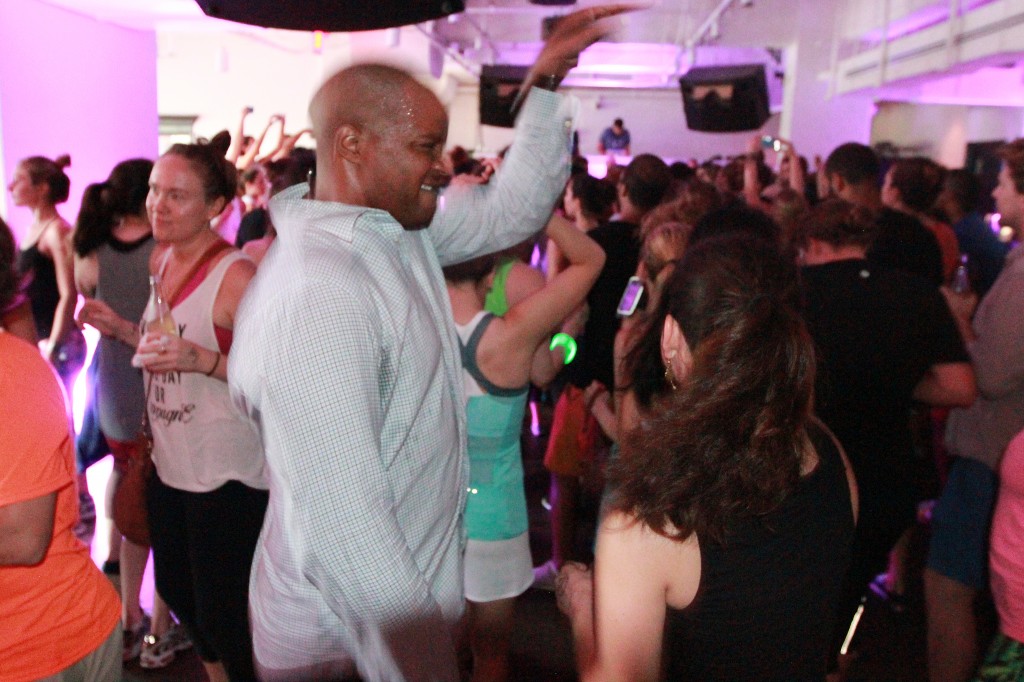 Sedrick Banks is a motivational speaker by day, and the life of the party by … day. Photo by Margaret Myers

The recent party in D.C., Daybreaker’s second, attracted a mix of young professionals, mostly women, looking for a creative outlet to complement their work-life balance, a necessity in a notoriously workaholic town.

“They’re there to celebrate life and come together,” Brimer said.

With the sun fully shining, everyone sits in a circle guzzling water and juice. In unison, the remaining group reads from a mantra card — an idea Agrawal said came from Burning Man — and sets an intention before setting off for work.

Left: Heidi Hurst, 22, dances during a morning "rave" in Washington, D.C., July 8, 2015. Daybreaker has been hosting daytime dance party events for two years. Based in New York, the company's events have attracted young professionals looking to combine fitness and fun in a unique setting. Photo by Margaret Myers