NEW YORK — Stephen Sondheim, the songwriter who reshaped the American musical theater in the second half of the 20th century with his intelligent, intricately rhymed lyrics, his use of evocative melodies and his willingness to tackle unusual subjects, has died. He was 91.

Sondheim influenced several generations of theater songwriters, particularly with such landmark musicals as “Company,” “Follies” and “Sweeney Todd,” which are considered among his best work. His most famous ballad, “Send in the Clowns,” has been recorded hundreds of times, including by Frank Sinatra and Judy Collins.

The artist refused to repeat himself, finding inspiration for his shows in such diverse subjects as an Ingmar Bergman movie (“A Little Night Music”), the opening of Japan to the West (“Pacific Overtures”), French painter Georges Seurat (“Sunday in the Park With George”), Grimm’s fairy tales (“Into the Woods”) and even the killers of American presidents (“Assassins”), among others. 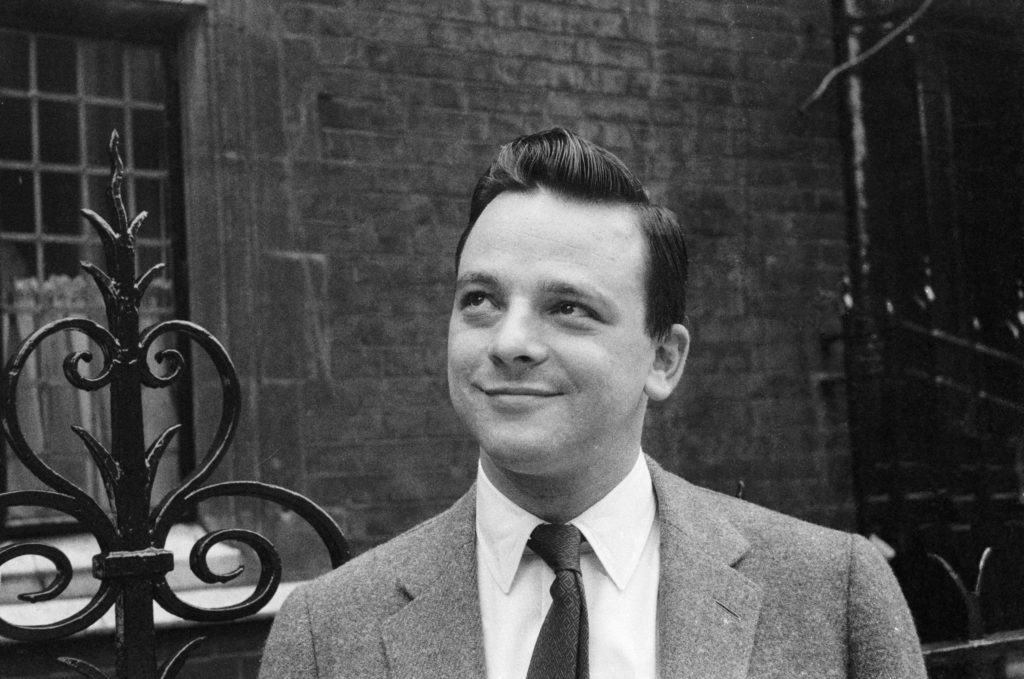 28th August 1962: American songwriter Stephen Sondheim, whose works include the musicals ‘A Funny Thing Happened on the Way to the Forum’, ‘Into the Woods’ and ‘Passion’. (Photo by Michael Hardy/Express/Getty Images)

Six of Sondheim’s musicals won Tony Awards for best score, and he also received a Pulitzer Prize (“Sunday in the Park”), an Academy Award (for the song “Sooner or Later” from the film “Dick Tracy”), five Olivier Awards and the Presidential Medal of Honor. In 2008, he received a Tony Award for lifetime achievement.

Sondheim’s music and lyrics gave his shows a dark, dramatic edge, whereas before him, the dominant tone of musicals was frothy and comic. He was sometimes criticized as a composer of unhummable songs, a badge that didn’t bother Sondheim. Frank Sinatra, who had a hit with Sondheim’s “Send in the Clowns,” once complained: “He could make me a lot happier if he’d write more songs for saloon singers like me.”

To theater fans, Sondheim’s sophistication and brilliance made him an icon. A Broadway theater was named after him. A New York magazine cover asked “Is Sondheim God?”

The Guardian newspaper once offered this question: “Is Stephen Sondheim the Shakespeare of musical theatre?”

In this 2010 interview with the PBS NewsHour, Stephen Sondheim sat down with arts correspondent Jeffrey Brown to talk about his storied career and the art of writing music, lyrics and rhymes that stand the test of time.

A supreme wordsmith — and an avid player of word games — Sondheim’s joy of language shone through. “The opposite of left is right/The opposite of right is wrong/So anyone who’s left is wrong, right?” he wrote in “Anyone Can Whistle.” In “Company,” he penned the lines: “Good things get better/Bad gets worse/Wait — I think I meant that in reverse.”

He offered the three principles necessary for a songwriter in his first volume of collected lyrics — Content Dictates Form, Less Is More, and God Is in the Details. All these truisms, he wrote, were “in the service of Clarity, without which nothing else matters.” Together they led to stunning lines like: “It’s a very short road from the pinch and the punch to the paunch and the pouch and the pension.”

Taught by no less a genius than Oscar Hammerstein, Sondheim pushed the musical into a darker, richer and more intellectual place. “If you think of a theater lyric as a short story, as I do, then every line has the weight of a paragraph,” he wrote in his 2010 book, “Finishing the Hat,” the first volume of his collection of lyrics and comments.

Left: Stephen Sondheim, songwriter and lyricist, listening to music in a New York recording control room during the original cast recording of the Broadway musical "Into The Woods." Photo taken in 1987. Photo by Oliver Morris/Getty Images

A Candid Conversation with Stephen Sondheim