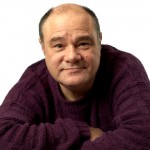 I was at the Stonewall riots. The movie ‘Stonewall’ gets everything wrong

Last Sunday, I was at the Stonewall Inn in New York City to kick off a campaign to make neighboring Christopher Park a national park. As the site of the infamous 1969 riots that energized the struggle for LGBT equality, it deserves to be memorialized and for its spot in history to be officially recognized. Those in attendance agreed: activists, community members, neighborhood residents and members of Congress, including New York Sen. Kirsten Gillibrand. It was a remarkable, dignified event.

But the movie “Stonewall,” directed by Roland Emmerich, which comes out this Friday and purports to portray this history, is not so dignified.

I take this subject personally, since many of the people portrayed in this film were, and some still are, my friends and family. These real-life events shaped me and guided me to all that I’ve done and accomplished in my life.

“Stonewall” is uninterested in any history that doesn’t revolve around its white, male, stereotypically attractive protagonist.
I’m not sure who “Stonewall” was made for. It wasn’t made for young LGBT people seeking good LGBT history, nor for a community who wishes to see its history portrayed with dignity and respect, and without perpetuating stereotypes and old myths.

In 1969 I was 18, one of those street kids who spent their nights walking up and down Christopher Street and occasionally popping into the Stonewall. The homeless sex workers that form the main portrayal of the LGBT community in the film were oversimplified and trivialized in the film. Homeless LGBT sex workers were only one part of a large and complex group of people, a group who wanted to stop being beaten up and jeered at, who wanted to feel something other than dehumanized. In reality, Marsha P. Johnson, who is portrayed in the film, kept a switchblade handy for anyone ready to attack her.

From the ashes of the Stonewall riots, we created the Gay Liberation Front, and from there I formed a group called Gay Youth. Meanwhile, my friends Sylvia Rivera and Marsha P. Johnson created Street Transvestite Action Revolutionaries (STAR). Gay Youth and STAR were both working to end the oppression of all LGBT youth, and all of us were doing something that had never been done before: create the idea of an LGBT community.

But “Stonewall” is uninterested in any history that doesn’t revolve around its white, male, stereotypically attractive protagonist. It almost entirely leaves out the women who participated in the riots and helped create the Gay Liberation Front, which included youth, trans people, lesbian separatists and people from all other parts of the spectrum of our community.

Before then, much of the gay rights movement focused on lessening discrimination in employment. But in the Gay Liberation Front, we were about defining ourselves first, rather then allowing society to do so, and in doing so we realized that we were a community. In one year, we created a system that would issue health alerts, support gay youth and trans people, create the first LGBT Community Center and, at the end of that first year, create the first gay pride march, then called the “Christopher Street Gay Liberation March.”

This is all oversimplified or absent in “Stonewall.” The most disturbing historical liberty, one brought up again and again in the film, is that Judy Garland’s death had something to do with the riots. That is downright insulting to us as a community, as inaccurate as it gets and trivializes the oppression we were fighting against. (Full disclosure that I had reached out to the film’s producers earlier in the process, offering to give them my account of what happened at Stonewall. They did not take me up on it. But it is clear that they must not have taken anybody else up on this offer, either.)

In taking a simple, purely sensational route, the film misses the point, by miles, of what Stonewall did and created. Before Gay Liberation Front began to organize a community, there had only been about 100 openly LGBT activists willing to go public about their sexuality. One year later, between 5,000 and 15,000 people joined in the Liberation March. We were able to do that by uniting under oppression.

The one redeeming character of the film was Johnson. I was emotional when I left the screening, thinking of her and her humanity, especially around that time. Otoja Abit captured her essence. But, after thinking further about it, I realized the film did not actually address the oppression from which Marsha had suffered all her life, nor did it flesh out the story of supporting character Ray, who many will believe to be based on Sylvia Rivera.

Ultimately, the controversial trailer for the film showed what was important to the film: the story of the boy from pure, white-bread America, a boy who is made into the hero of the film. Yes, there were plenty of people like him in the real-life gay rights movement. But a movement stands not just on the shoulders of one, but of many. In this case, it was too many for the film to handle.

Mark Segal’s book “And Then I Danced: Traveling the Road to LGBT Equality” comes out Oct. 6.