From painting overpasses to stadiums, a graffiti artist on his evolving art form

Graffiti artist RISK speaks with Jeffrey Brown about how he creates his color field murals and how both his art and art form have evolved over his 32 years painting.

For more than 30 years, Los Angeles-based artist RISK has been creating colorful murals on everything from highway overpasses — known as “heavens” — to dilapidated buildings, walls, trains and buses.

“I like to evoke emotion with colors and not letters or imagery,” he said, “so I have to really look at the environment and see where I’m at and kind of work that into it.”

Recently that environment was South Florida, where he joined eight other graffiti artists to paint on the abandoned Miami Marine Stadium, part of an effort to raise attention and money for the stadium’s restoration. Curated by New York-based stencil artist Logan Hicks, the project is called ART History and runs through 2014. 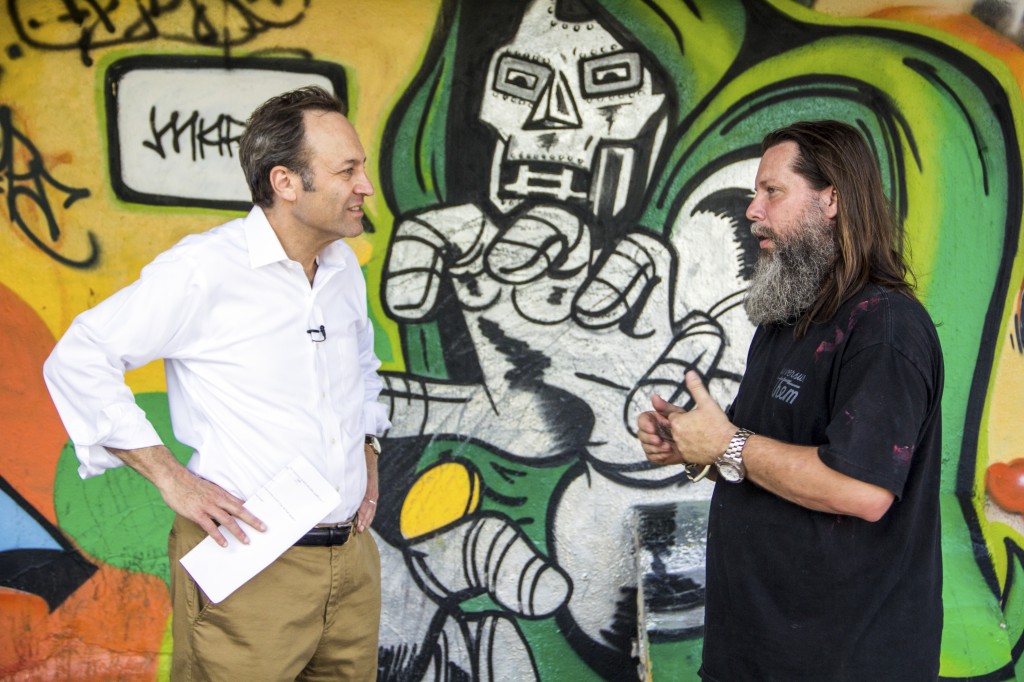 While reporting on the broader story of the Miami Marine Stadium, which was built in the 1960s and abandoned in the 1990s, Jeffrey Brown spoke with RISK about his project there, his body of work and the very temporary nature of his art form.

Watch Jeffrey Brown’s full report on efforts to save and restore the Miami Marine Stadium, part of the ongoing series, Culture at Risk.