“Southern Route,” a series of photographs by Tamara Reynolds, offers glimpses into the lives of people in the Deep South, as if she’s capturing something out of the side of her eye. Women sipping coffee at a diner, for example, or a man getting out of his truck.

Reynolds said she does not look for those moments as much as she responds to them.

“I just put myself in the position, and by going to these places, and I try to stay out of having too much of a plan because I will miss any opportunity,” the Tennessee photographer told Art Beat, saying she uses these chances to illustrate social structure in the South. 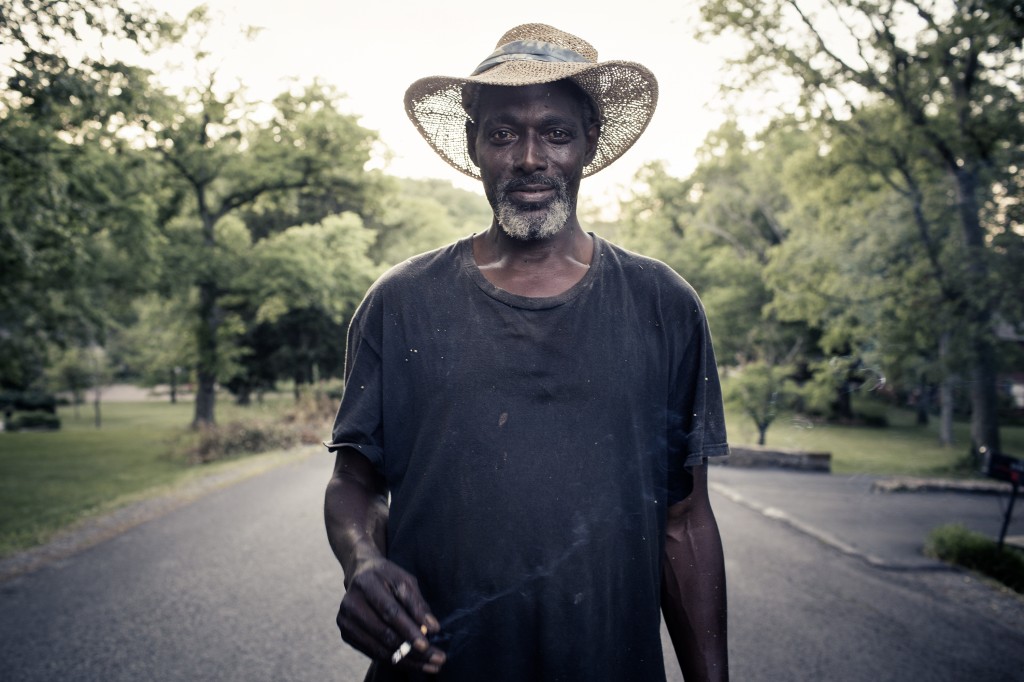 A lawn care worker named Mo was the first portrait that Reynolds took in her ‘Southern Route’ series. When she saw him in Nashville, she described him as “debonaire” and “very classic” and said these traits made him stand out to her. After taking his photo, she wanted to use her camera to capture similar moments in the South. Photo courtesy of Tamara Reynolds.

A lifelong Nashvillian and a commercial photographer, Reynolds taught herself art photography after the Great Recession slowed down business, but she does not want to simply take pretty pictures. Her images are romantic and nostalgic, but not in a way that supports a fictitious “Gone With The Wind” ideal. 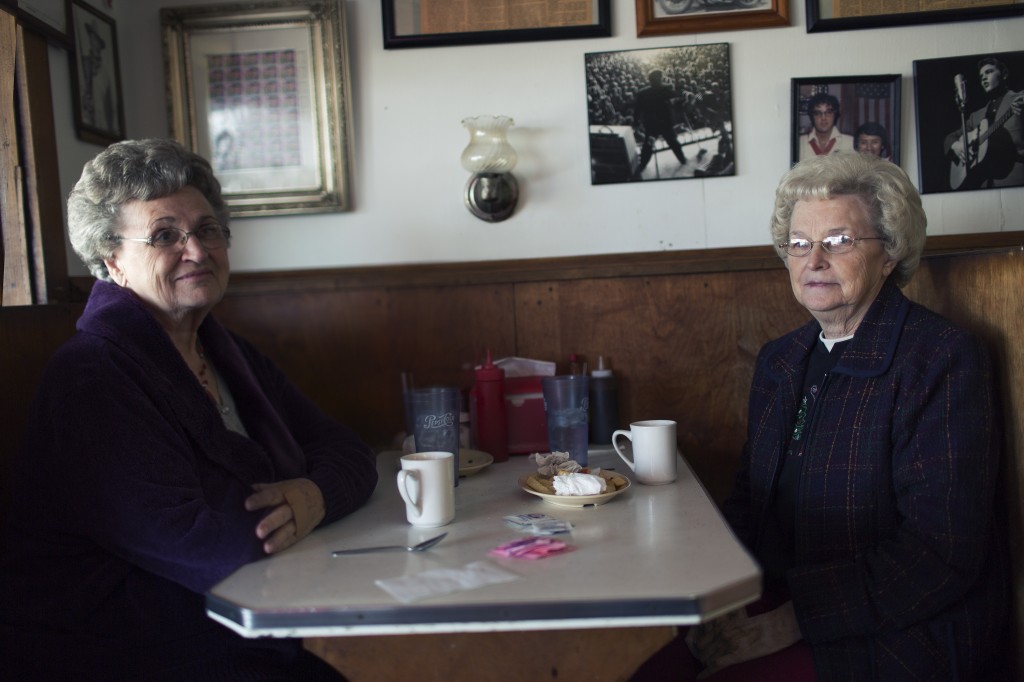 Two women sip coffee at Johnnie’s Drive-In in Tupelo, Mississippi. They told Reynolds that they both grew up knowing Elvis Presley, who was born and raised in that Northeast Mississippi town. Photo courtesy of Tamara Reynolds

Her work touches on issues of race, class and shifts in Southern society while preserving her subjects’ quiet dignity. The series reinforced for her the idea that the only way to improve race relations is by “diving” into uncomfortable conversations.

“Part of this is an exercise of me opening a dialogue and feeling to explore with other people about that Southern shame,” and the effects of white privilege, she said. 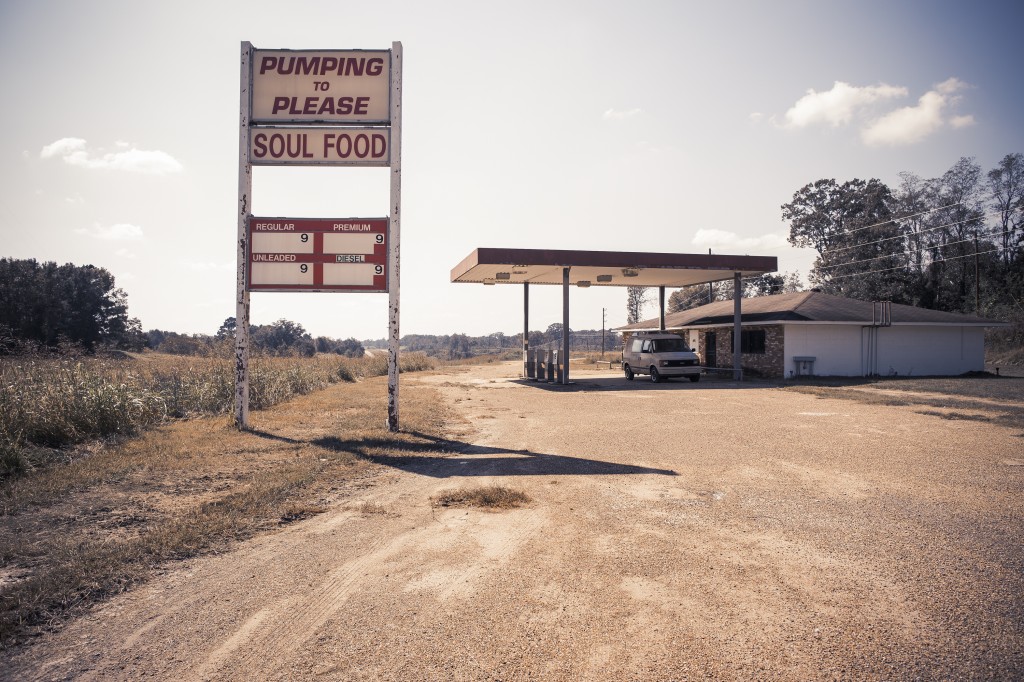 Reynolds was confronting these issues at a time when she was faced with a divorce, the death of her parents and the need for therapy, “learning the beauty of dealing with those hurts and bad habits.” It’s through those experiences that she adopted the mindset that has guided “Southern Route.”

“Let’s look at things we’ve kept hidden,” she said. In art and in life, this project reminds Reynolds to “have the courage to face these things that have held me back from being a better person and embracing all of me … broken and not broken.” 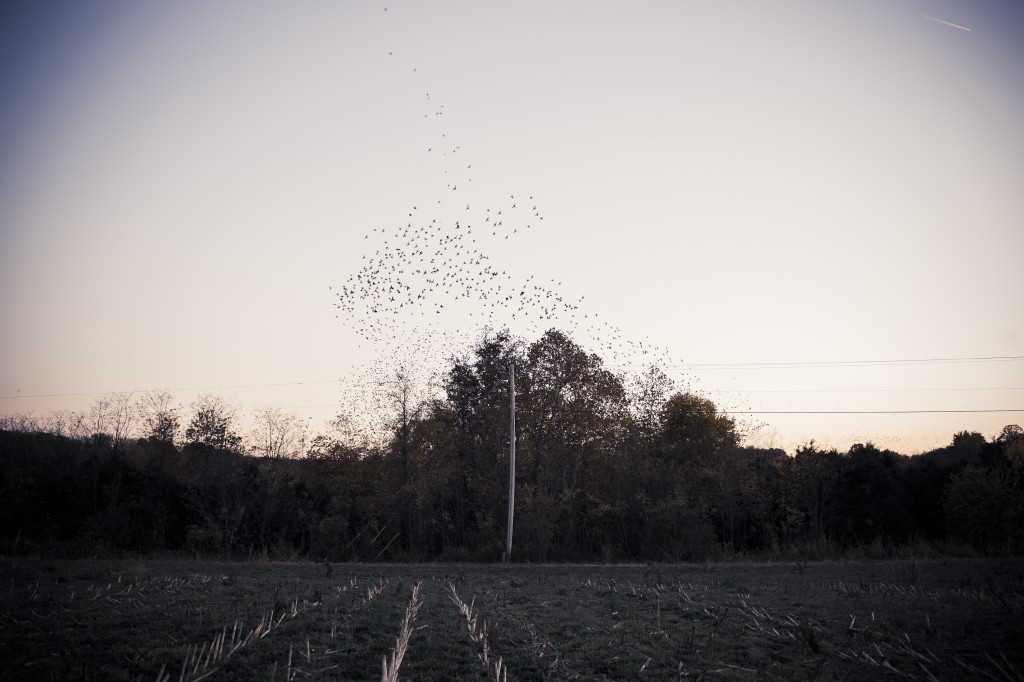 It is difficult to determine where the tree ends and birds begin in this photo that Reynolds captured near Elizabethtown, Kentucky. Photo courtesy of Tamara Reynolds

Portraits make up much of Reynolds’ work, but she also expresses her love of the rural South’s natural beauty. Whether she shows a solitary man paddling his canoe across still river water or a flock of birds bursting into flight on a chilly day, she portrays a side of the South that she says she is afraid may be endangered with urban and suburban development in and around Nashville, Atlanta and throughout the region.

“The land — there are the backroads and down in the hollows and across railroad tracks — is to me the foundation of the South, rather than the metropolitan areas that are becoming more homogenized,” she explained. “There’s the conflict. I love the Southernness. I’m glad for the progress, but let’s make commitments. Let’s not throw the baby out with the bath water.”

Her work is on display at the Ogden Museum of Southern Art from Dec. 5 through Jan. 4 in New Orleans as part of a juried exhibition of Southern photographers. 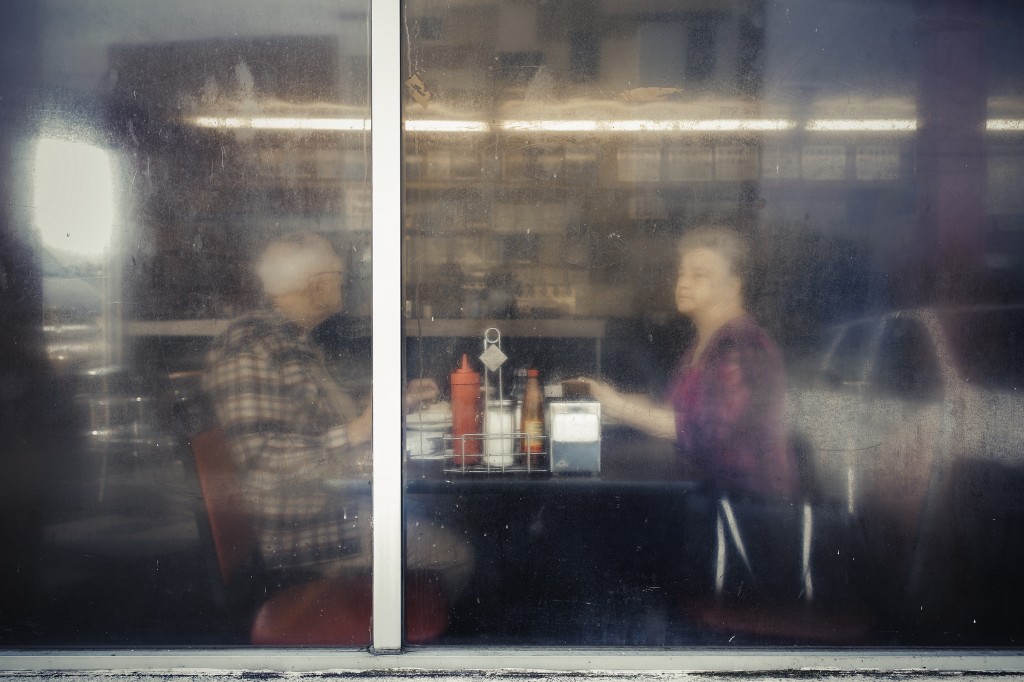 A couple appears to sit in quiet reflection in this photo Reynolds took at the Hermitage Cafe in Nashville. Photo courtesy of Tamara Reynolds 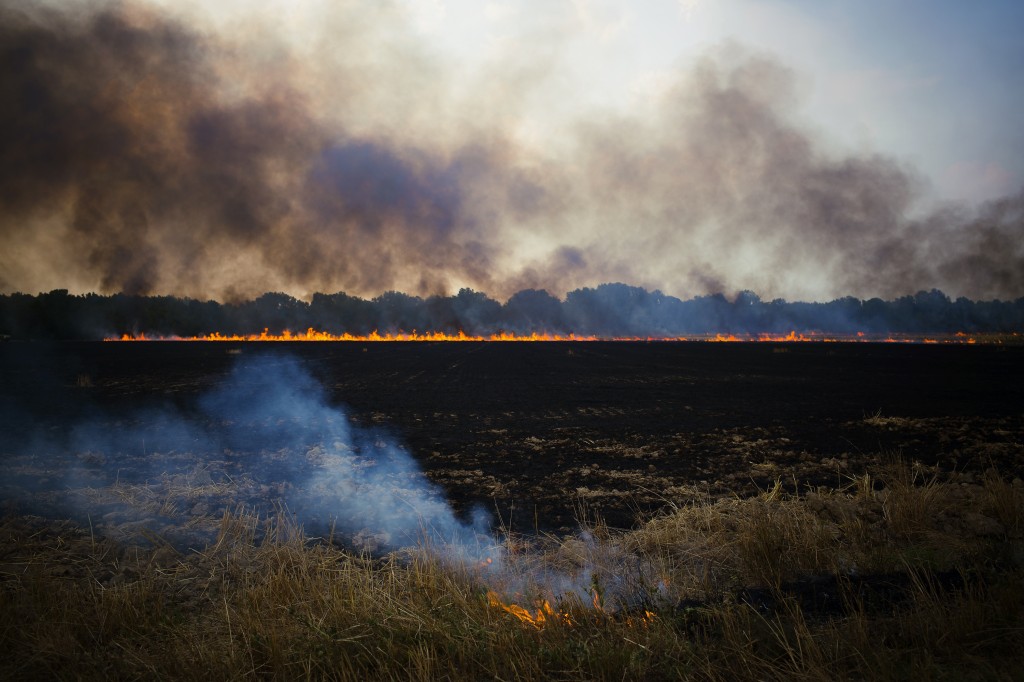 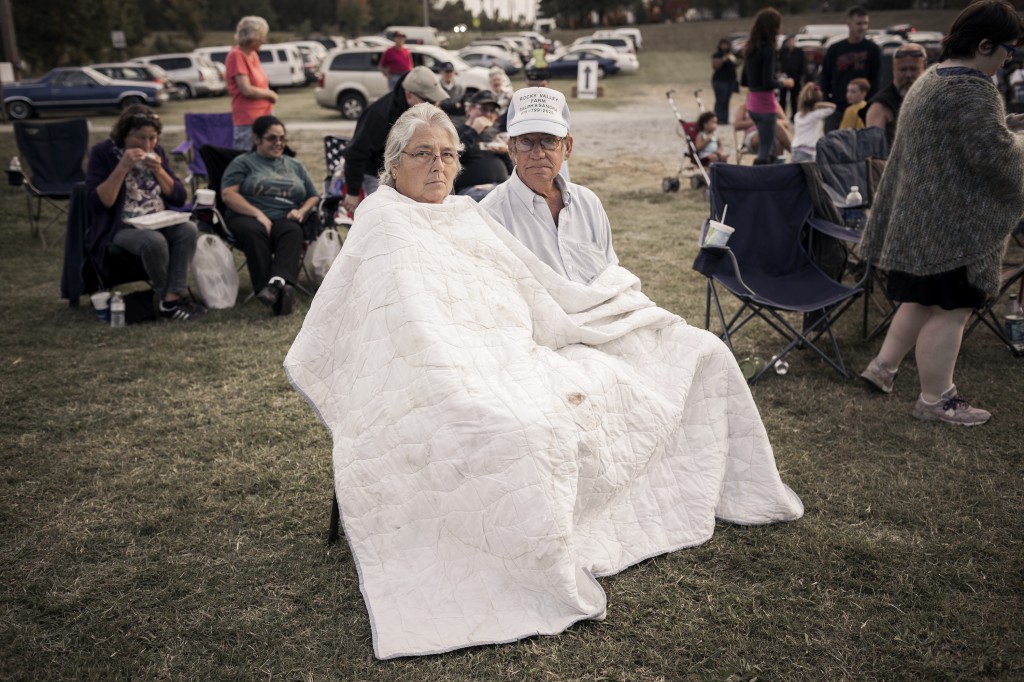 A couple stays warm under a white blanket while enjoying a harmonica festival in Fairview, Tennessee. Photo courtesy of Tamara Reynolds

Reynolds does not like to plan her assignments too much. She said she does not want to run the risk of missing small, telling moments. Photo courtesy of Tamara Reynolds 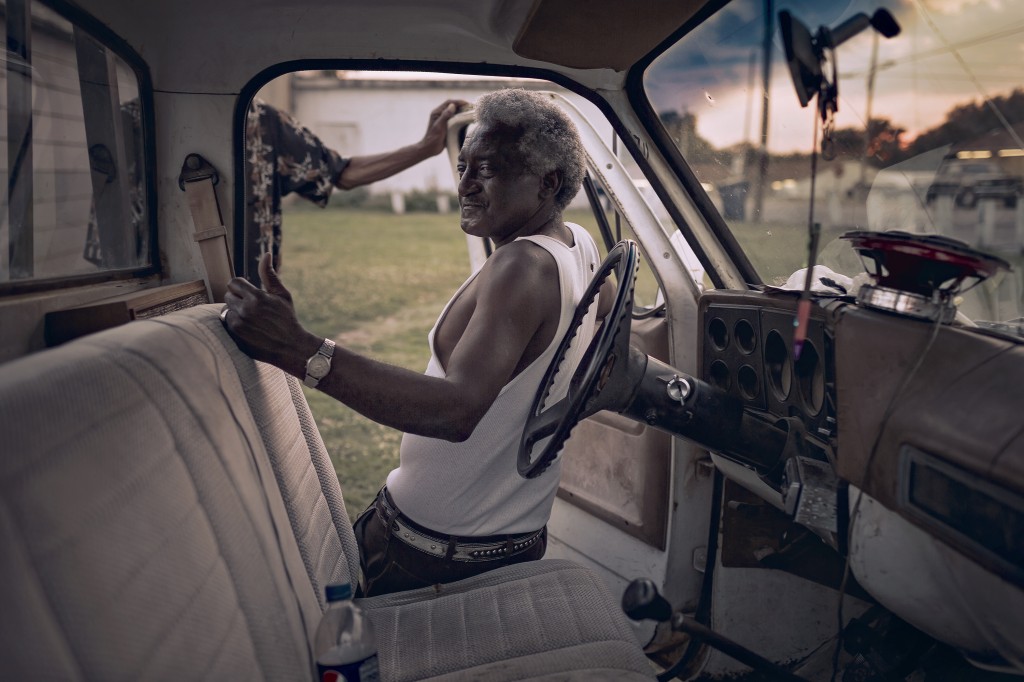 Left: A man drifts on a river in a canoe in this photograph taken by Reynolds in Pike County, Georgia. A handful of her photographs will be on exhibit at the Ogden Museum of Southern Art in New Orleans starting on Dec. 5. Photo courtesy of Tamara Reynolds