The Museum of the Bible references Islam twice, and other things we learned on our tour

The Museum of the Bible, the sprawling, 430,000-square-foot tribute to the good book, has been dogged by controversies long before opening day. It’s been criticized for not including enough Jesus, for excluding various religious traditions, and for being evangelical propaganda. The museum is funded by evangelical businessman Steve Green, the head of craft-store giant Hobby Lobby, who has maintained the museum will be nonsectarian. It is slated to open next week just blocks from the U.S. Capitol and National Mall.

When the PBS NewsHour wrote a story about the upcoming museum in July, the museum’s president, Cary Summers, said: “It’s the most controversial topic in the world. It’s the biggest-selling book; most banned, destroyed, influential book … We will irritate everybody.”

That same month, federal investigators said Hobby Lobby had illegally imported thousands of ancient biblical artifacts, accusations that put more heat on the museum, but which the company chalked up to naiveté. 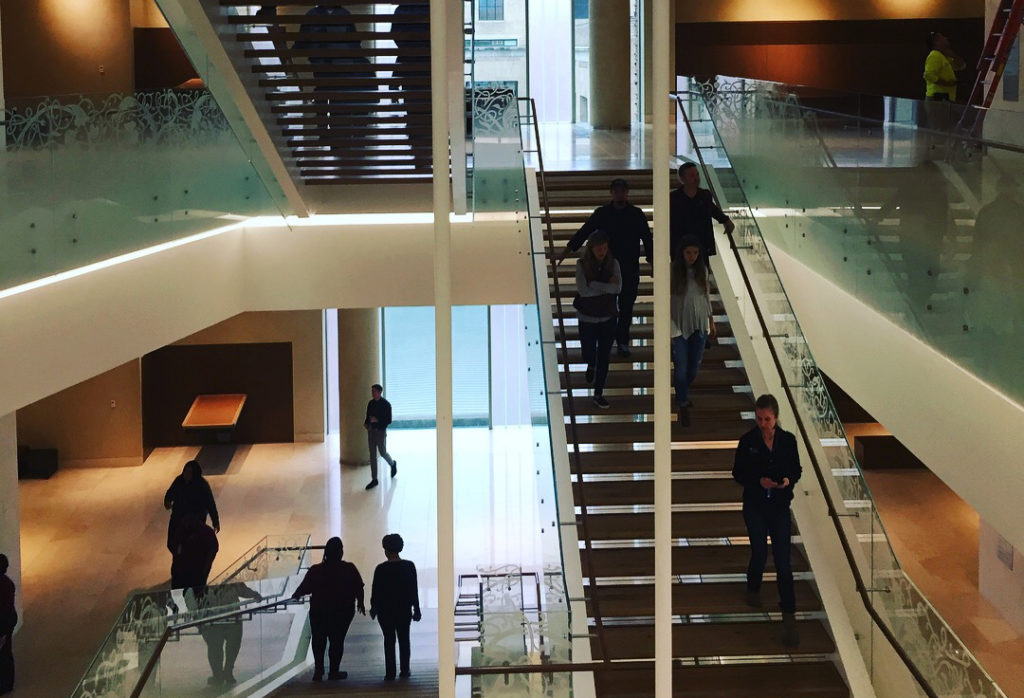 People preview the Museum of the Bible ahead of its opening on Nov. 17, 2017. Photo by Elizabeth Flock

Now that the museum is finally finished (or close to it), its detractors will finally see whether their concerns are justified, and the nearly 50 percent of Americans who regularly turn to the Bible will have an opportunity to learn more.

When the NewsHour toured the museum earlier this week, it found a state-of-the-art museum that stays away from hot topics like abortion or birth control, favors experiential and immersive exhibits, and does not evangelize but will likely ruffle the feathers of some from excluded religious traditions. It found a staff that acknowledged its problems with biblical artifacts may not be over, and exhibits that may be more controversial not for what it’s included but what’s left out.

The museum is split up into three sections: the impact of the Bible (on America, on the world), stories of the Bible (including a recreation of Jesus’ Nazareth), and the history of the Bible (from a text that only a few could read to the world’s most read book). In addition, there’s a restaurant called Manna, a biblical garden and a 500-seat theater, which will open with the musical “Amazing Grace.”

The museum’s exhibits do not try to interpret the Bible, as some had feared it would. Nor do they explicitly evangelize. Dr. Gordon Campbell, a scholar of the King James Bible who is part of the museum’s research arm, told the NewsHour that museum docents had been taught not to say phrases like “Holy Land” or use other language that could be misconstrued to show the museum as being sectarian. 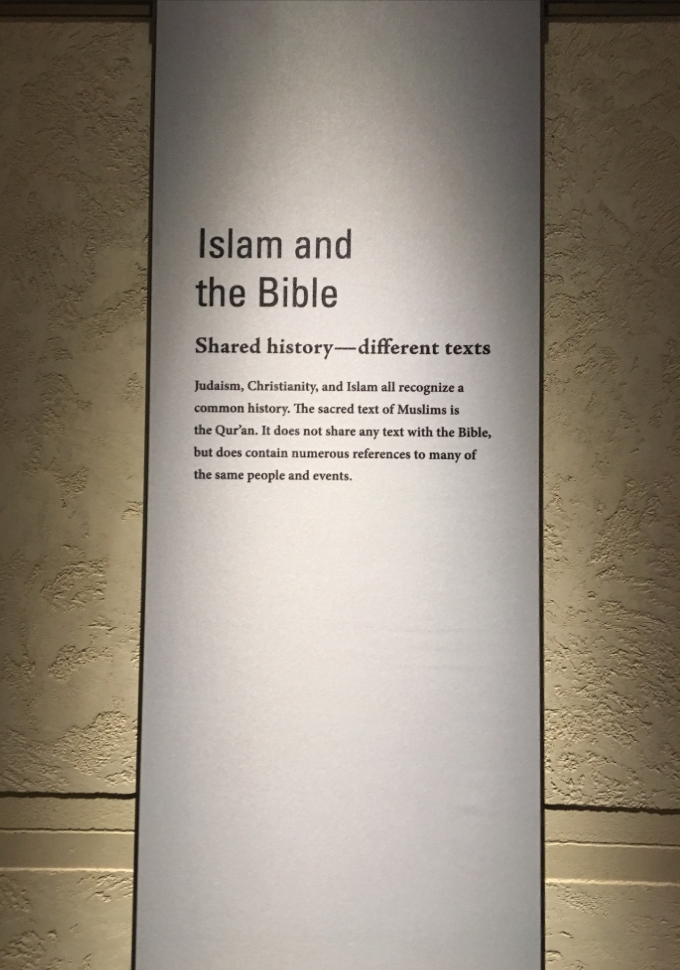 A plaque at the Museum of the Bible is one of two references to Islam in the museum. Credit: Anne Davenport

The museum is not an exploration of different faith traditions; the focus is kept on the book itself. There is just one reference to Mormonism, for example, via a Latter Day Saints translation of the King James Bible. And there are just two references to Islam, in a plaque that says the Bible and Quran do not share any text but contain many references to the same events and people, and in a Hebrew Bible section that includes mention of both Isaac and Ishmael.

Cultural references, however, abound in the museum, especially on the “impact of the Bible” floor, which traces the Bible’s influence on everything from fashion to the justice system to music. When the NewsHour walked through, the music section was playing Coolio’s “Gangsta’s Paradise,” whose lyrics open with a version of Psalm 23:4: “As I walk through the valley of the shadow of death…”

The museum in general is more experiential and immersive than might be expected from a study of a religious book. On one floor, a theater ride allows visitors to “fly” over Washington and see where the Bible is featured around the city, while a “drive through history” section encourages visitors to drive along with Christian adventurer/documentarian Dave Stotts to learn about the Bible’s history.

At times, the museum feels heavier on the experience than it does on details. There is not much discussion on the debate over how the Bible was written and transmitted, for example, a major branch of biblical scholarship. “To us that was a topic we just didn’t really want to step into with limited square footage,” Pollinger said. “We’re hoping to raise curiosity rather than close it down.” 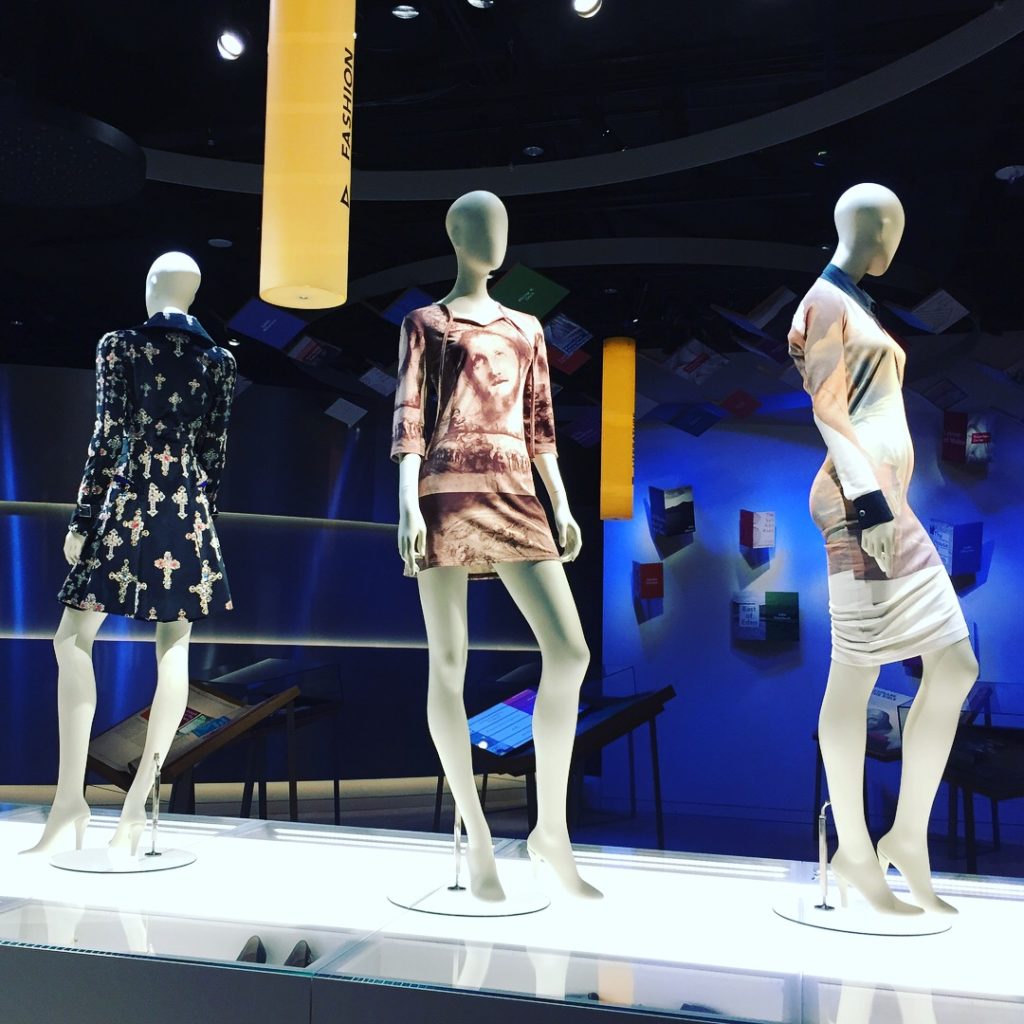 The Museum of the Bible’s impact floor traces the bible’s influence on everything from fashion to the justice system to music. Photo by Elizabeth Flock

But it’s an omission religious scholars Joel Baden and Candida Moss, persistent critics of the museum, worry is intentional.

“Because if you show the issues with textual transmission, and the forms of disagreement among other Christians about the words of Jesus, you would show that we don’t really know with complete accuracy what Jesus said or what Paul wrote,” Moss said. “It would call into question the accuracy of the Bible we hold in our hands.” 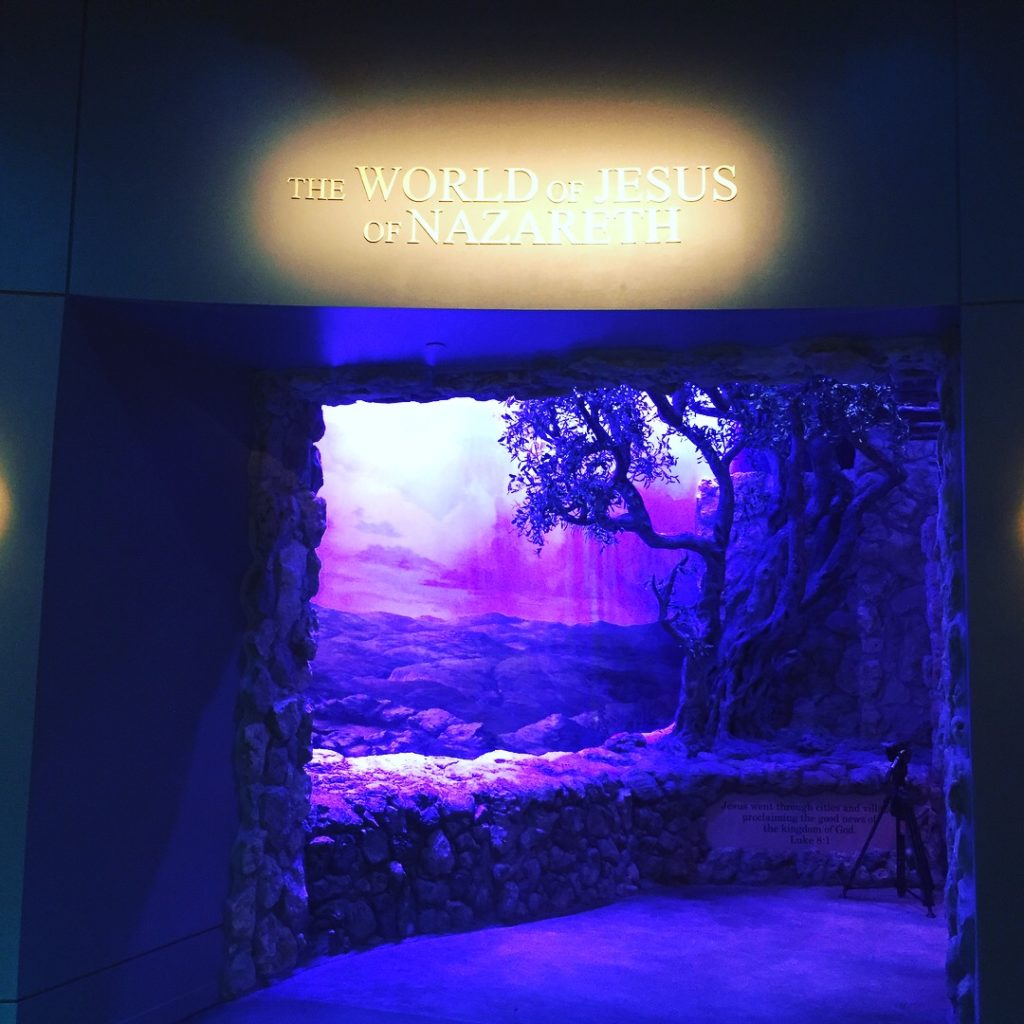 An exhibit space recreates the first century village of Nazareth in Israel, said to be Jesus’ childhood home. Photo by Elizabeth Flock

As for the artifacts, the museum’s permanent collections will show off 1000 items, a fraction of the 40,000 items now in the Green family collection, though the museum said more will cycle through. Green also said there was an ongoing review of the provenance of the museum’s artifacts, but that he was confident that what was on display was of “good provenance.”

However, among the artifacts being displayed at the museum are fragments of the Dead Sea Scrolls, which experts warned last month may be of dubious authenticity (both scrolls at the Museum of the Bible, and those sold to other buyers).

Jeremy Burton, the museum’s director of communications, told NewsHour the museum planned to have plaques accompanying the Dead Sea Scroll fragments that talk about issues with forgeries. “It’s a point of education,” he said — as was the entire museum. “We want people to come through exhibits and learn and form their own opinion.”