When was the last time you dove into a ball pit and clambered your way out? Chuck E. Cheese’s, circa 1999?

The National Building Museum in Washington, D.C., just took that colorful concept and flipped it on its head, turning their Great Hall into a massive beach complete with an ocean made of 700,000 to 1 million translucent plastic balls.

“We didn’t count every single one,” said Chase Rynd, executive director at the National Building Museum.

“The Beach” is 10,000 square feet. Its deep end is about four feet, which provides just enough of a challenge for the common swimmer to stay afloat. A “pier” offers beach chairs and a snack bar for those looking to rest.

Brooklyn-based design firm Snarkitecture concocted the idea as a follow-up to the museum’s “Big Maze” interactive, designed last year by the Bjarke Ingels Group. Though “The Beach” provides plenty of fun, there’s more to its purpose than just having a ball.

“The primary motivation is to inspire people to look at the built world differently,” Rynd said. 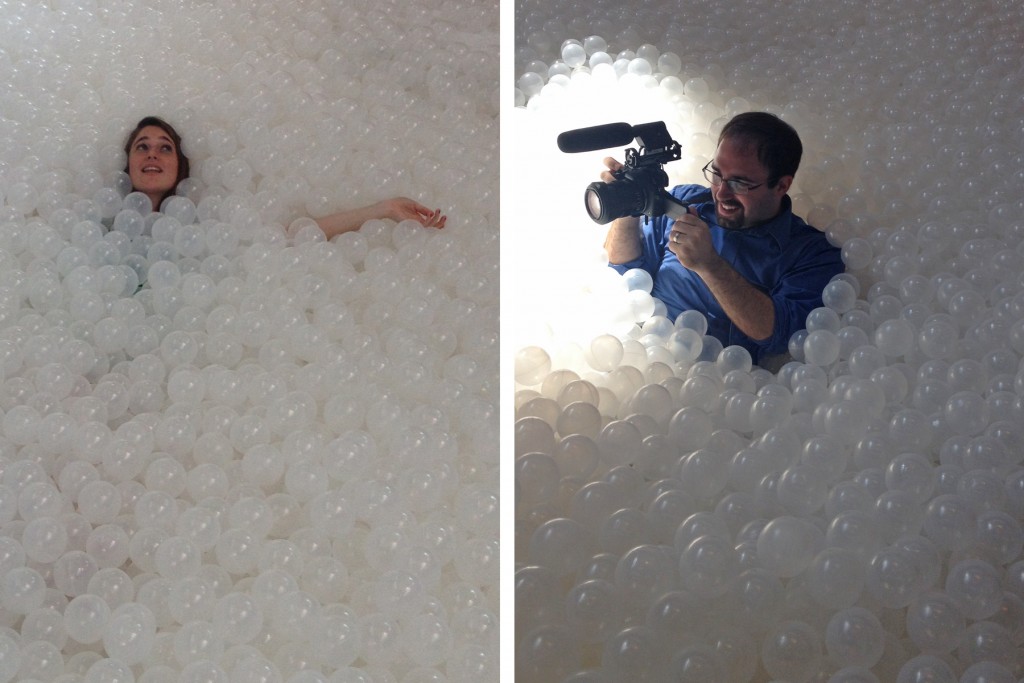 PBS NewsHour’s Colleen Shalby and Justin Scuiletti, in the field. Photos by Shalby and Scuiletti.

“The Beach” is entirely white. As sunlight floods into the Great Hall from a window-laden ceiling four stories above, the pristine space dazzles below. It’s not until people arrive that colors and patterns appear.

“When people enter here, and start diving in, that’s when we start to see the color palette,” Rynd said.

As soon as the doors open to the public, shouts of “cannonball!” fill the air. Babies waddle into the shallow area with moms and dads, and summer vacationers of all ages lounge and wade.

If you close your eyes, you can almost hear the sea. 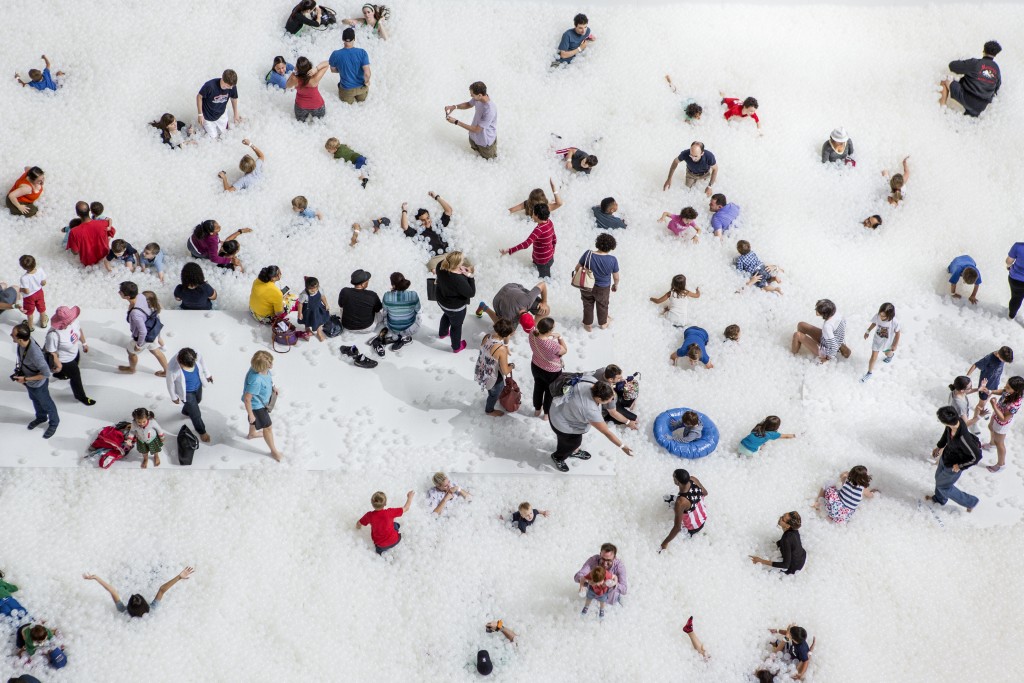