These Chinese cities begin life with empty streets and skyscrapers

It was just after dark when I found myself in front of an abandoned, glowing rainbow pavilion.

I was in the center of the Yujiapu Financial District near the port city of Tianjin. Amid dozens of dark skyscrapers and countless miles of freshly paved streets, the pavilion painted the landscape in a friendly glow and waited patiently for someone, anyone, to arrive.

Unlike many Western cities that begin as small developments and grow in accordance to the local industries, gathering community and history as they age, many of the new cities located in inner mainland China are built to the point of near-completion before people arrive. Because of this, there is an interim period between the final phases of development and when the areas become noticeably populated — and until then, many of the buildings stand empty. During this phase of development, Western media often describe these areas as defunct “ghost cities,” which fails to recognize that they are built on an urban model, timeline and scale that is simply unfamiliar within Western urbanization. 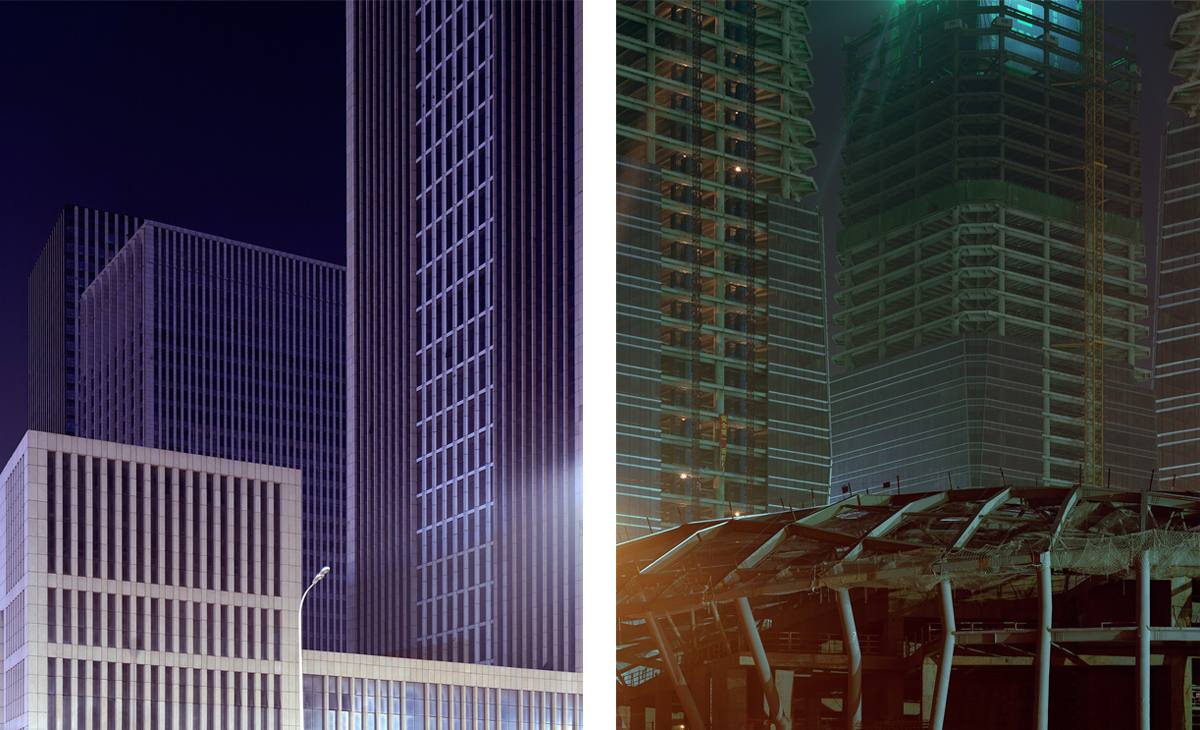 In 2015, I visited a number of these new areas, taking photographs in the Kangbashi New Area of Ordos, Inner Mongolia, the Yujiapu Financial District near Tianjin and the Meixi Lake development near the city of Changsha. Of these areas, Kangbashi is the oldest. Construction began here in 2005. The development of Meixi Lake began in 2012, and unlike Kangbashi, still seems to have some ongoing construction. Construction began on the Yujiapu Financial District in 2008.

I wasn’t surprised to find myself feeling rather alone in these places. What struck me, however, was the lack of history. Immediately, it became fairly clear that many of these “ghost cities” were not at all abandoned or defunct, as I had heard they were, but rather just very new.

Oftentimes, when you’re in a city, you can locate yourself on the timeline of that city by identifying different eras of architecture or by interpreting the relative age of the structures and landscape around you. But when visiting a city that has been built in just the past five or six years, these indicators of age are not yet visible, and because of this the urban landscape appears temporally displaced. It was the sense of displacement, produced by the uniform newness of these cities, that became the visual foundation for this series of work. 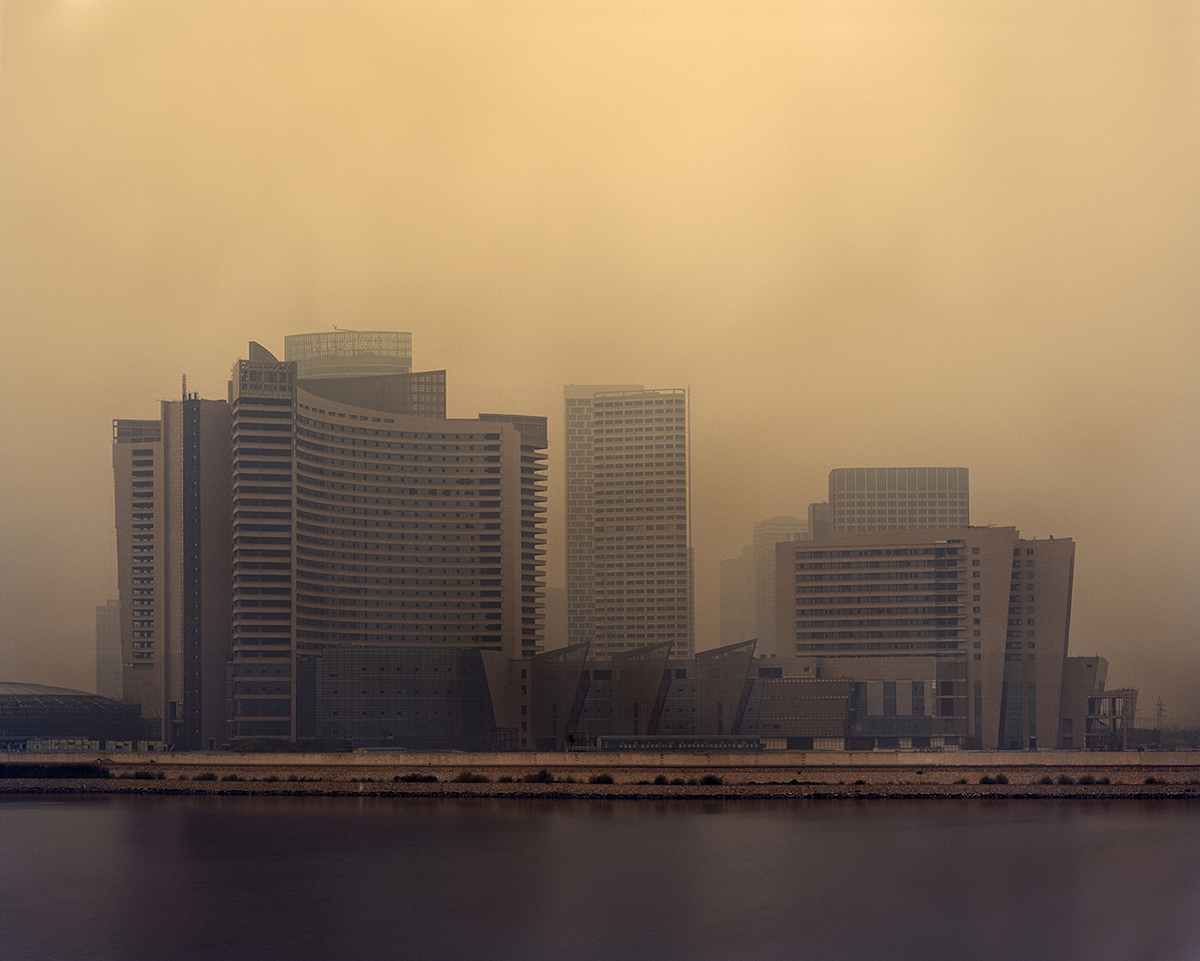 Instead of documenting these areas in a more traditional manner and titling the images with descriptive captions, I wanted to embrace their enigmatic nature. By photographing before sunrise and after sunset, I could make long exposures that would result in colorful, shadowless, almost fantastical images.

Many of these new cities are not expected to be completed or vibrant until 15 to 25 years after construction has begun. They are built for the distant future, and at present, we can only speculate on what form they will take on. Because of this, I was interested in making images that function less as illustrative documents, and more like reflections of how these cities feel right now. 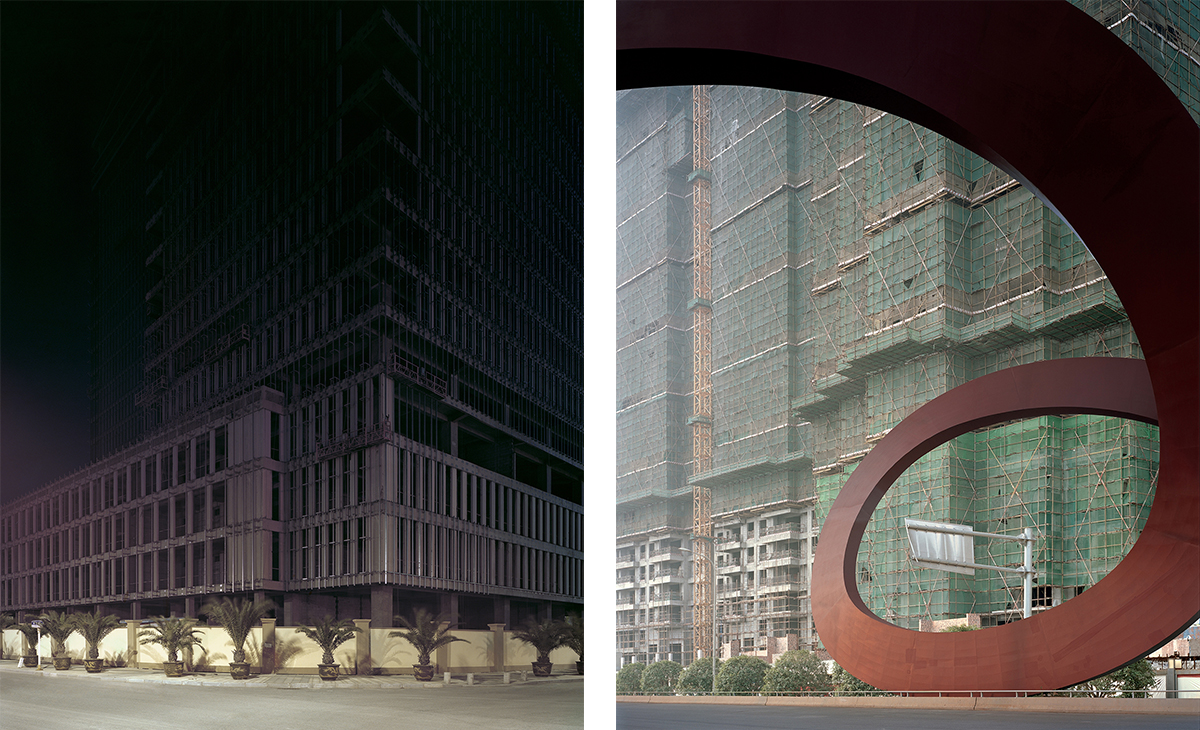 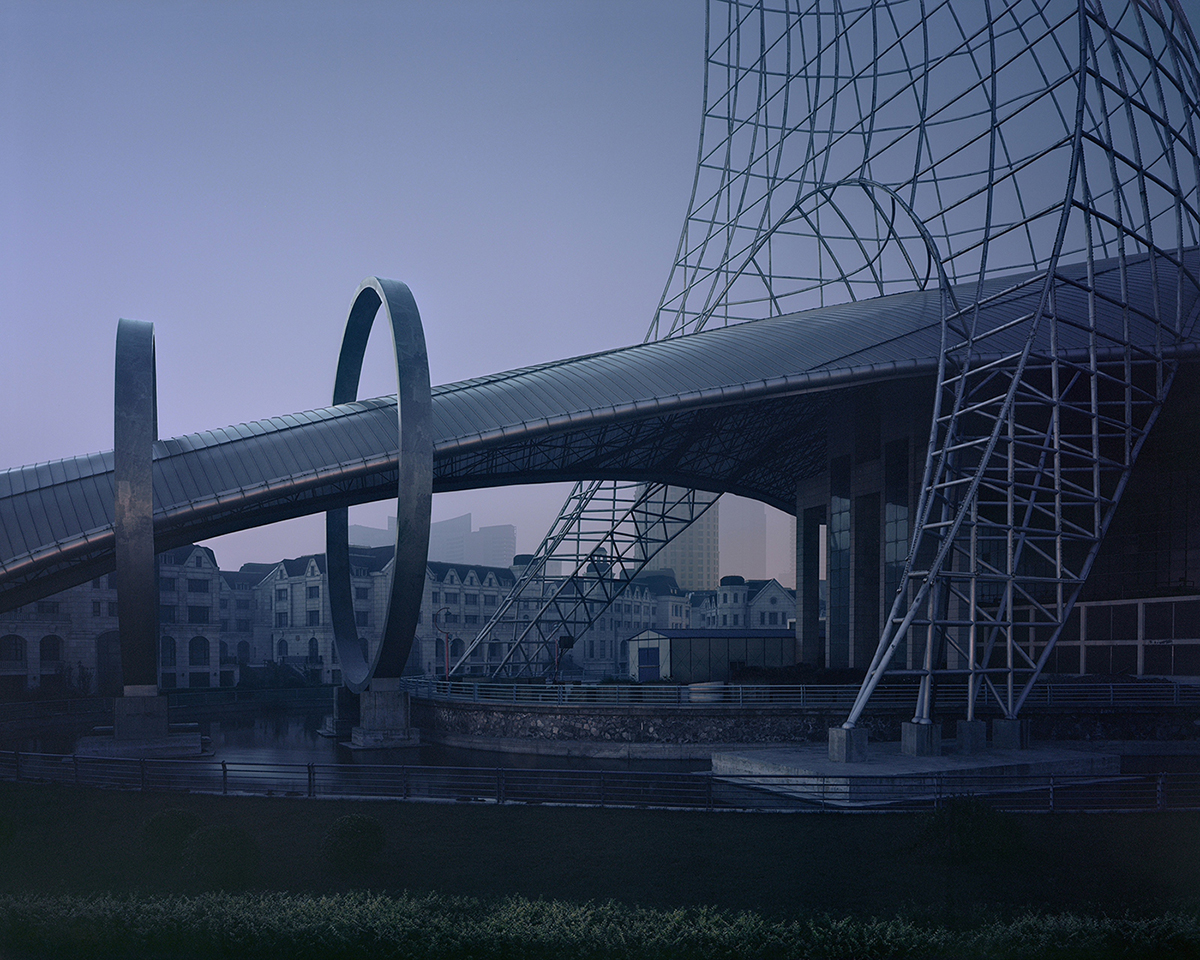 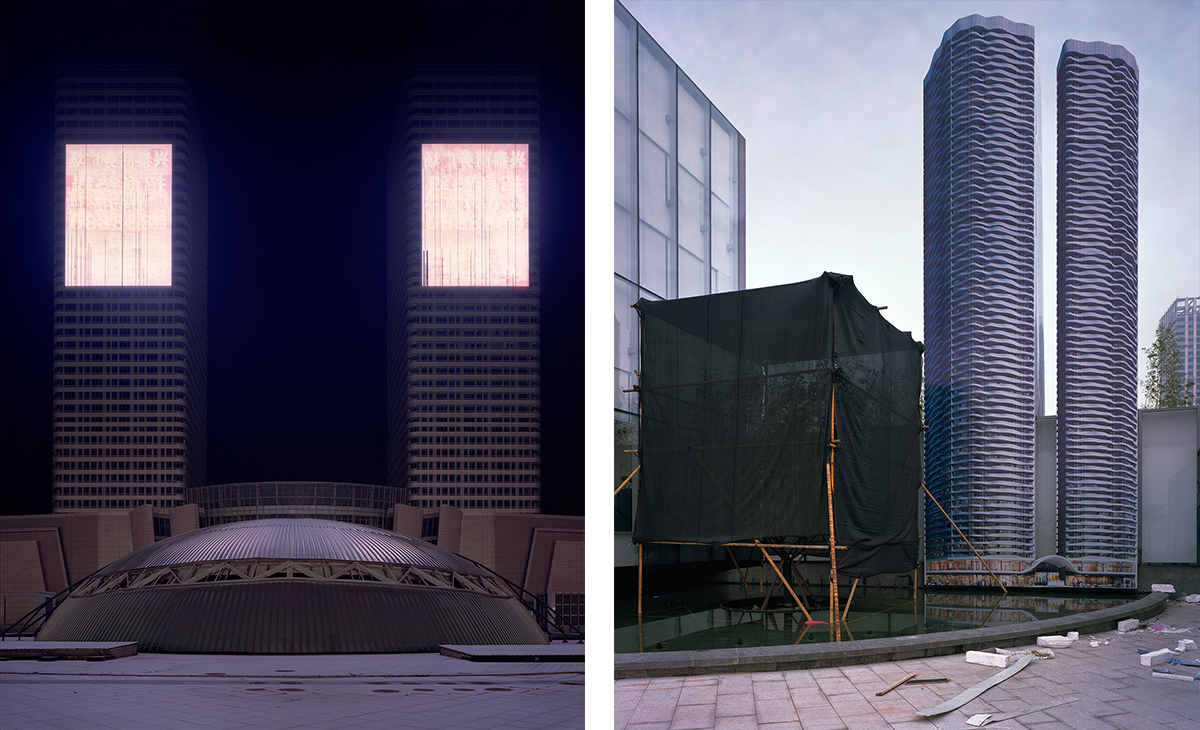