This classic cocktail will fire up your appetite for Christmas dinner

Like most good stories, the birth of the negroni is part truth, part lore.

Though some argue the cocktail was invented by Pascal Olivier de Negroni in 1857 in Senegal, most drink historians agree the negroni was born nearly a century ago, in 1919, at a cafe in Florence. Count Camillo Negroni (who may or may not have been a count) asked for something that would make his favorite campari cocktail a little boozier, so the bartender used gin instead of soda water.

Of course, as it goes with many great innovations, the bartender-inventor didn’t get the credit. Instead, Negroni’s family launched Negroni Antica Distilleria and started bottling the drink. The recipe quickly caught on throughout Italy. The American actor and producer Orson Welles, shooting “Black Magic” in Rome in 1947, famously described the negroni this way: “The bitters are excellent for your liver, the gin is bad for you. They balance each other.”

Like most good stories, the birth of the negroni is part truth, part lore.

There’s even a Negroni Week, in early June, that has become an international ode to the cocktail. In Italy, where my mother’s family is from, the negroni is an aperitivo, a pre-dinner drink meant to warm up your palate for the food (and wine) to come. The short ingredient list — equal parts gin, Campari and vermouth, with bitters if you like — also makes it easy to serve up for a crowd, says Dana Fares, the company mixologist at Quady Winery in Madera, California, which specializes in, among other things, vermouth.

Think of vermouth as the glue that holds everything in a classic cocktail together. The fortified wine, often infused with botanicals, falls somewhere between a spirit and a fruit juice. In this case, it’s a bridge between the bitter Campari and the juniper-heavy gin. It “allows both spirits to still have their own flavor profile; it adds a new element without overtaking the drink,” Fares says.

At Quady Winery, the Vya Sweet Vermouth is made with Tinta Roriz, a tempranillo; Orange Muscat, a wine made from a grape of the same name; and dry white wine. But any sweet vermouth will do.

The real selling point of a negroni, to me, is how easily you can use it to explore other crisp cocktails. Replace Campari with its lighter cousin Aperol to make your negroni a little sweeter. Use whiskey instead of gin for a Boulevardier, something a little darker. Looking for something that won’t give you such a buzz? Sub the gin for soda water to make the lower-alcohol Americano. The Sbagliato, translates loosely to “mistake” in Italian, uses prosecco instead of gin, which doesn’t actually sound like a misstep at all. 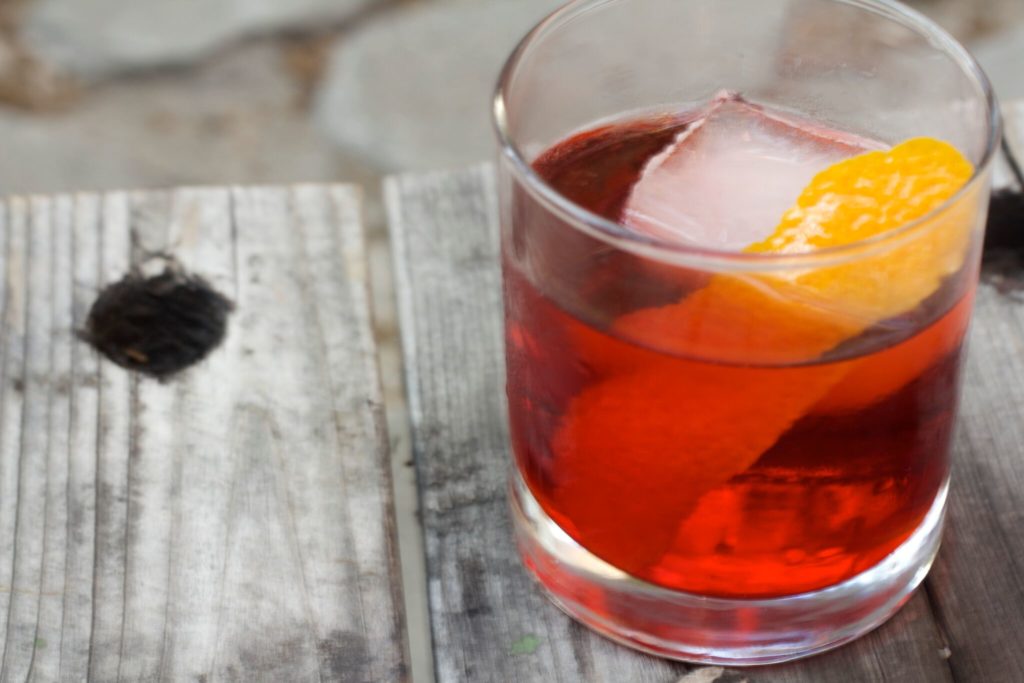 The Vya Negroni (“just like the best negroni you ever had, only a little better”)