A graphic designer by trade, Eric Rieger, better known as HOTTEA, uses the grid of chain-link fences as the backbone for his non-destructive, yarn-based instillation art. Rieger shares his history with the art form and explains how he became HOTTEA. Video produced by Kate McDonald, shot by Matt Ehling. Photographed and edited by Adam Geiger of Minnesota Original, Twin Cities Public Television

Eric Reiger used to create his street art with paints, but after a run-in with the law, he went looking for a new medium to creatively use the city as his canvas.

“I wanted to create a project that I could do on the street, non-destructively because I wanted to do art in the street, un-commissioned, wherever I wanted,” said Reiger 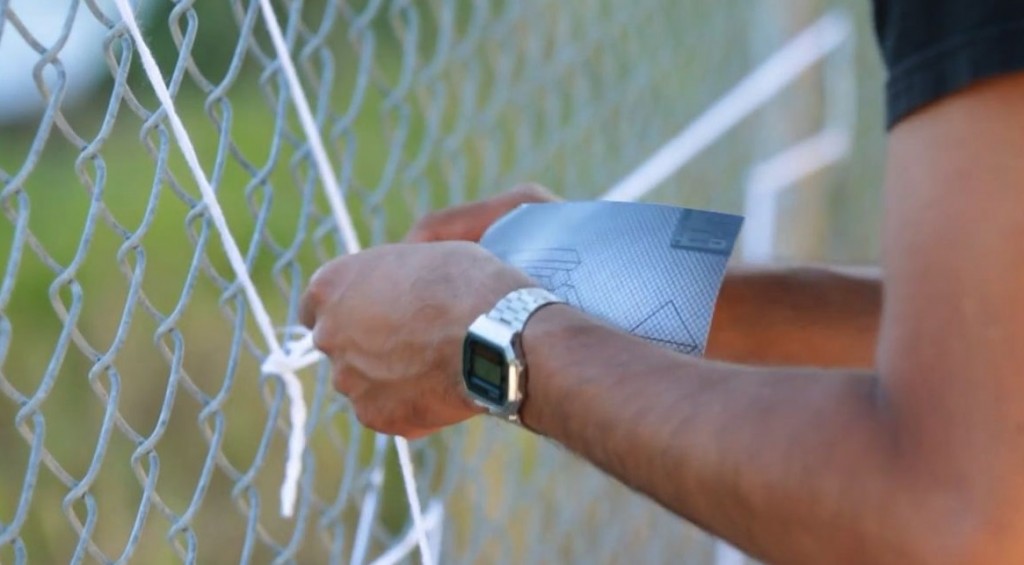 He eventually settled on yarn, creating a project now known as HOTTEA. Reiger, who was looking for a medium that would be less damaging to city property than paint, came to yarn because not only is it non-destructive, but it also comes in a wide array of colors and it’s easy to manipulate. Perhaps more importantly, Reiger felt connected to the fabric because his grandmother had taught him how to knit when he was young — yarn brought him back to his roots.

Reiger surveys a city by examining how he can interact with its surfaces. He is also a graphic designer and brings that knowledge to the way he integrates his yarn. 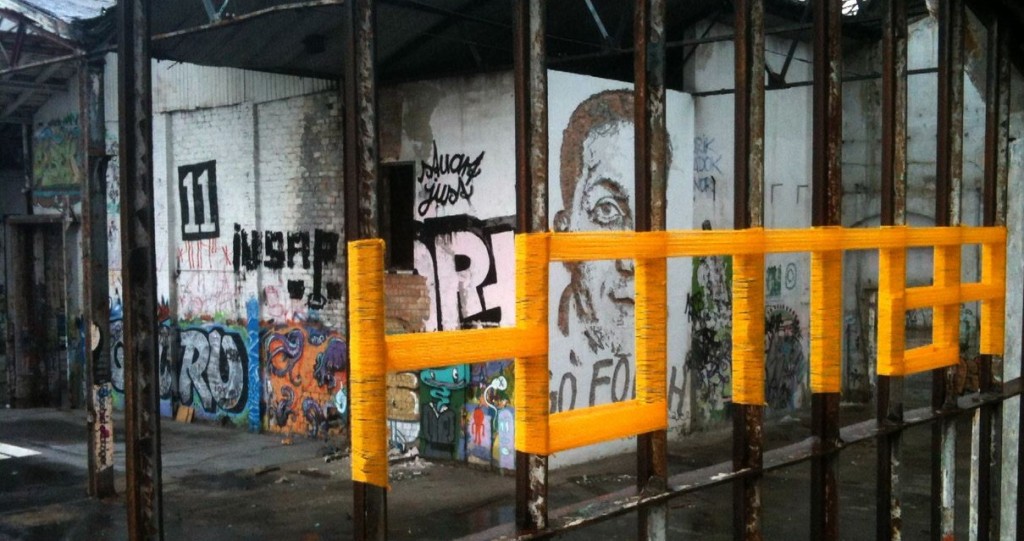 “Early on, it was very much like learning the alphabet, and then after continuing on for three or four years, you begin to see the potential behind the fence.”

His work isn’t something easily overlooked and he thinks yarn is getting people’s attention.

“A lot of times we pass by things, like graffiti, and a lot of people just see it as graffiti and that’s it. I noticed as I was doing work, people were confused, they were curious, they saw something more to it,” he said. “There’s more than just type on fences. There’s a concept behind that, there’s a story, there’s a reason why I’m doing this.”