Underserved Austin students embrace their culture through the art of drumming

Sevylla del Mazo teaches drumming to fourth and fifth grade students in one of the worst neighborhoods in Austin, Texas. The zip code that houses her school has one of the highest dropout and teen pregnancy rates in Austin, but del Mazo sees her music class as a way to reach her students.

“I had no idea whatsoever how therapeutic and community building all of this could be and how necessary it was for a certain population in our schools,” said del Mazo. “Art and music is a medium for introducing children to a broad spectrum of education, of tolerance that we need in this country.” 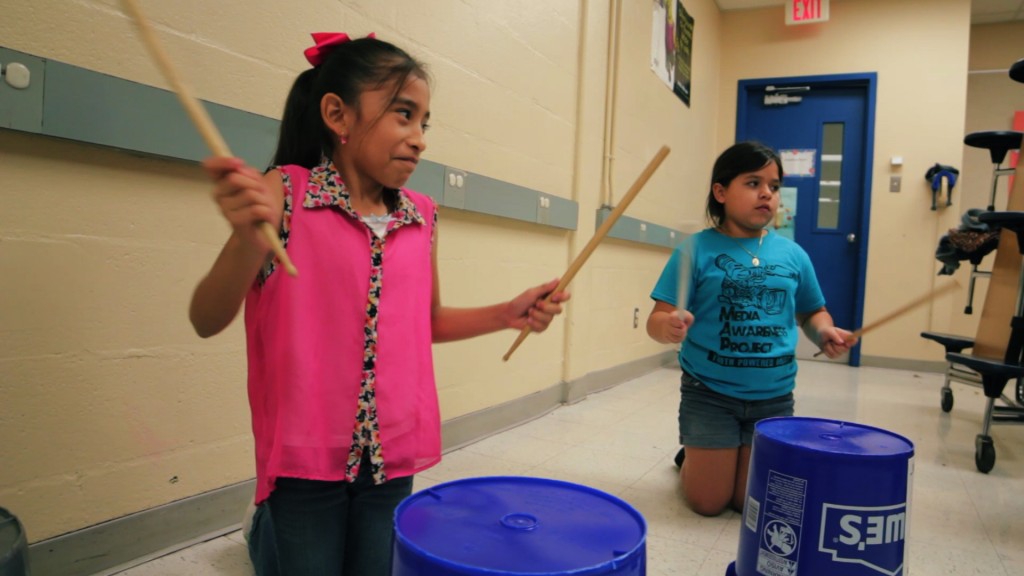 “The most important thing that an educator can do for our children is teach them a love of learning,” says Sevylla del Mazo

The music teacher and founder of Roots & Rhythms, an after-school drumming program, lets her students draw inspiration from her while they drum on recycled buckets.

Ninety-six percent of her students only speak Spanish and many come from homes where parents are illiterate in English and Spanish. Del Mazo hopes that her multilingual abilities will teach the students to embrace their own culture and language.

“I’m trying to tell them, you don’t need to be embarrassed. That’s an asset.”