In ‘Whitman’s Descendants,’ photographing some of America’s greatest living poets

In 1860, writing the third of six editions of his book “Leaves of Grass,” behemoth of American poetry Walt Whitman proclaimed what would follow him.

“I announce greater offspring, orators, days, and then depart,” he wrote in the book’s final poem, a tribute to everything he would never live to witness.

Now, generations later, photographer B.A. Van Sise — who descended from Whitman’s oldest sister and also his first cousin — has set out to create a portrait of his legacy. “Whitman’s Descendants” is a striking set of portraits documenting the heart of American poetry today, one that bears an urgent connection to Whitman and the issues of his day. 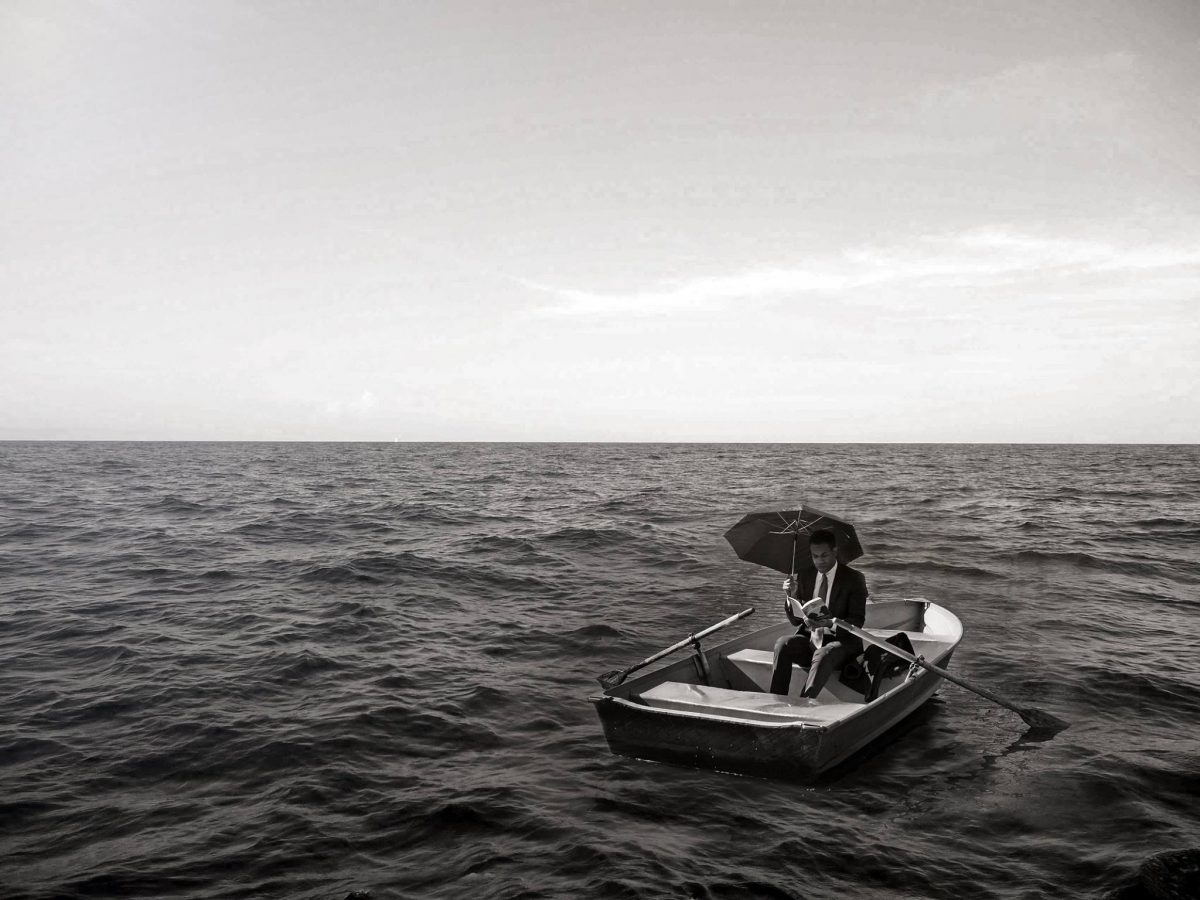 Pulitzer Prize winner Gregory Pardlo appears in this portrait based on his poem “Epicurus.” Photo by B.A. Van Sise

Gregory Pardlo, reading in a sailboat, lets the oars drift alongside him. Anis Mojgani stares at us from darkness. Aimee Nezhukumatathil’s gown pools on a wooden floor. These are the many faces of Whitman’s poetic descendants, their writing and origin stories as diverse as the America that his writing reflected, Van Sise said. 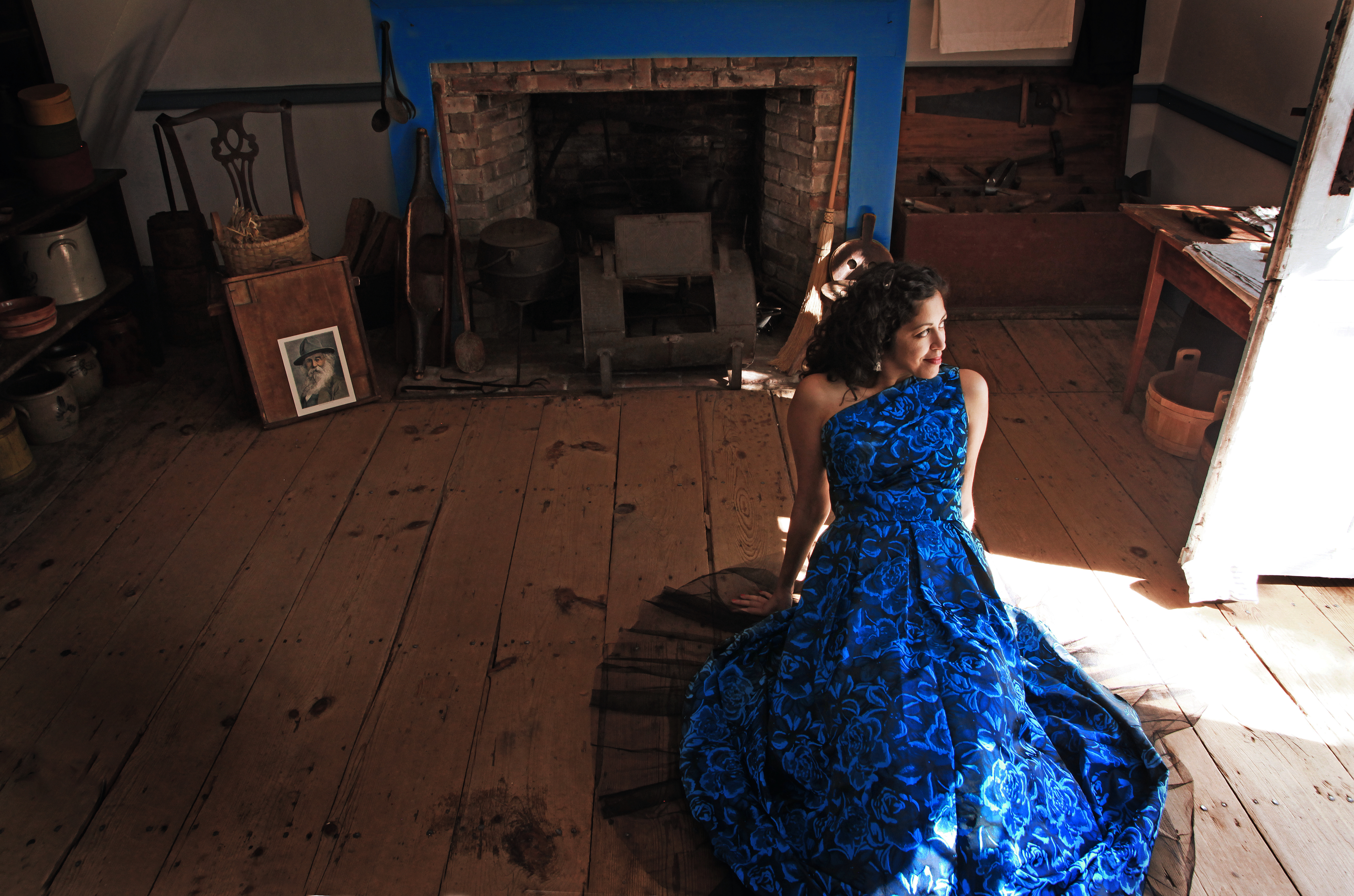 Aimee Nezhukumatathil appears in this portrait based on her poem “Dear Amy Nehzooukammyatootill,” a found poem composed of e-mails from high school students. It begins: “If I were to ask you a question about your book / and sum it up into one word it would be, ‘Why?’ / I think I like Walt Whitman better than you.” Photo by B.A. Van Sise

Some of those poets had been writers-in-residence at Whitman’s birthplace in Long Island, New York, the group that Van Sise originally sought to photograph. He soon expanded to include other poets whose writing engages with Whitman’s imprint on American literature.

Each photo begins with a piece of writing from the poet, which Van Sise mines for visual elements to create an initial concept. “I almost always pick a piece that has some sort of autobiographical value to me,” Van Sise said. Then, he and the poet will work together to settle on a final concept and complete the final image. 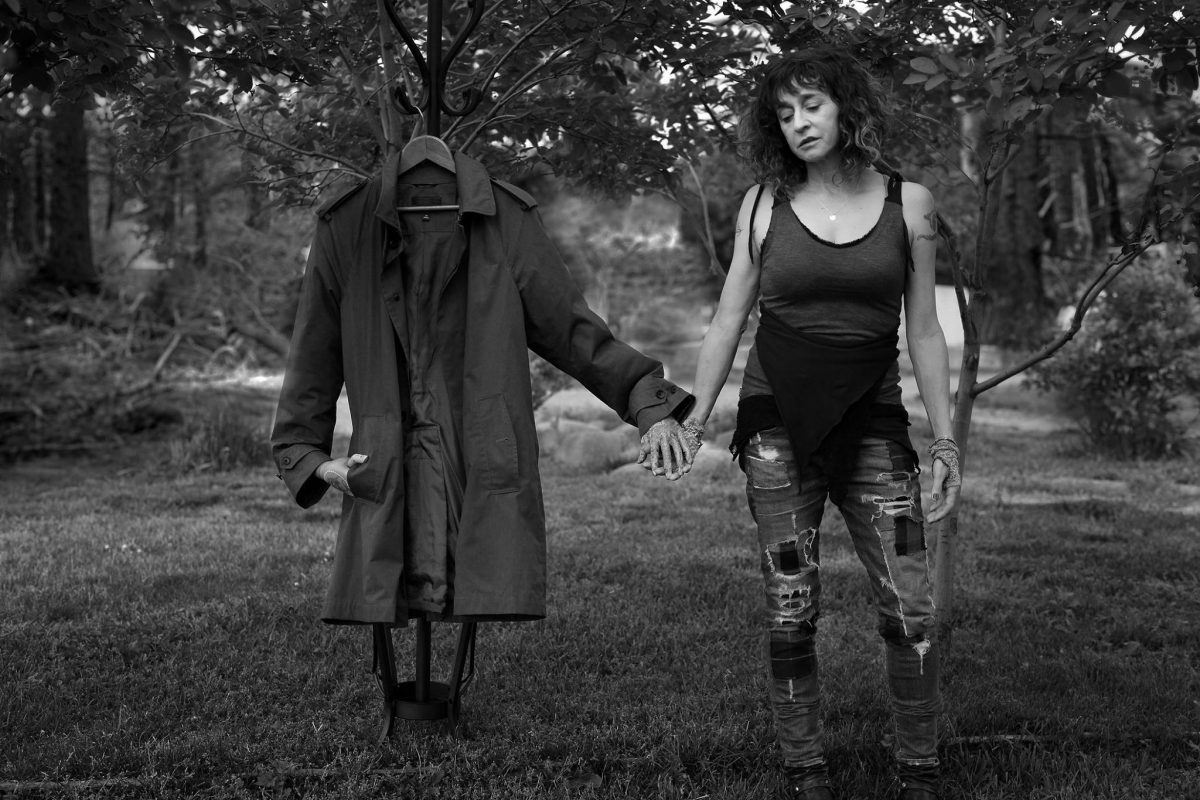 Kim Addonizio appears in a portrait based on her poem “First Poem for You.” Photo by B.A. Van Sise

Whitman came from a working-class family on Long Island, left formal schooling at the age of 11 and held jobs as a teacher, newspaper editor, government clerk and others over the course of his life. He belonged to “a Jacksonian lower middle class undergoing the transition from an agrian, artisinal culture to an urban, market economy,” Andrew Lawson wrote in “Walt Whitman and the Class Struggle.” This position situated him at the crux of the major social changes taking place in mid-19th-century New York City, which echo in his celebration of the working class along with “the endless races of working people and farmers and seamen” (“Leaves of Grass,” 1855).

This diverse background resonates with many poets who have come after Whitman, according to Cynthia Shor, executive director of the Walt Whitman Birthplace Association.

“I think the poets in today’s age who have gone through the ranks and who were not necessarily born into the intelligentsia family … feel that kinship with Whitman,” she said. 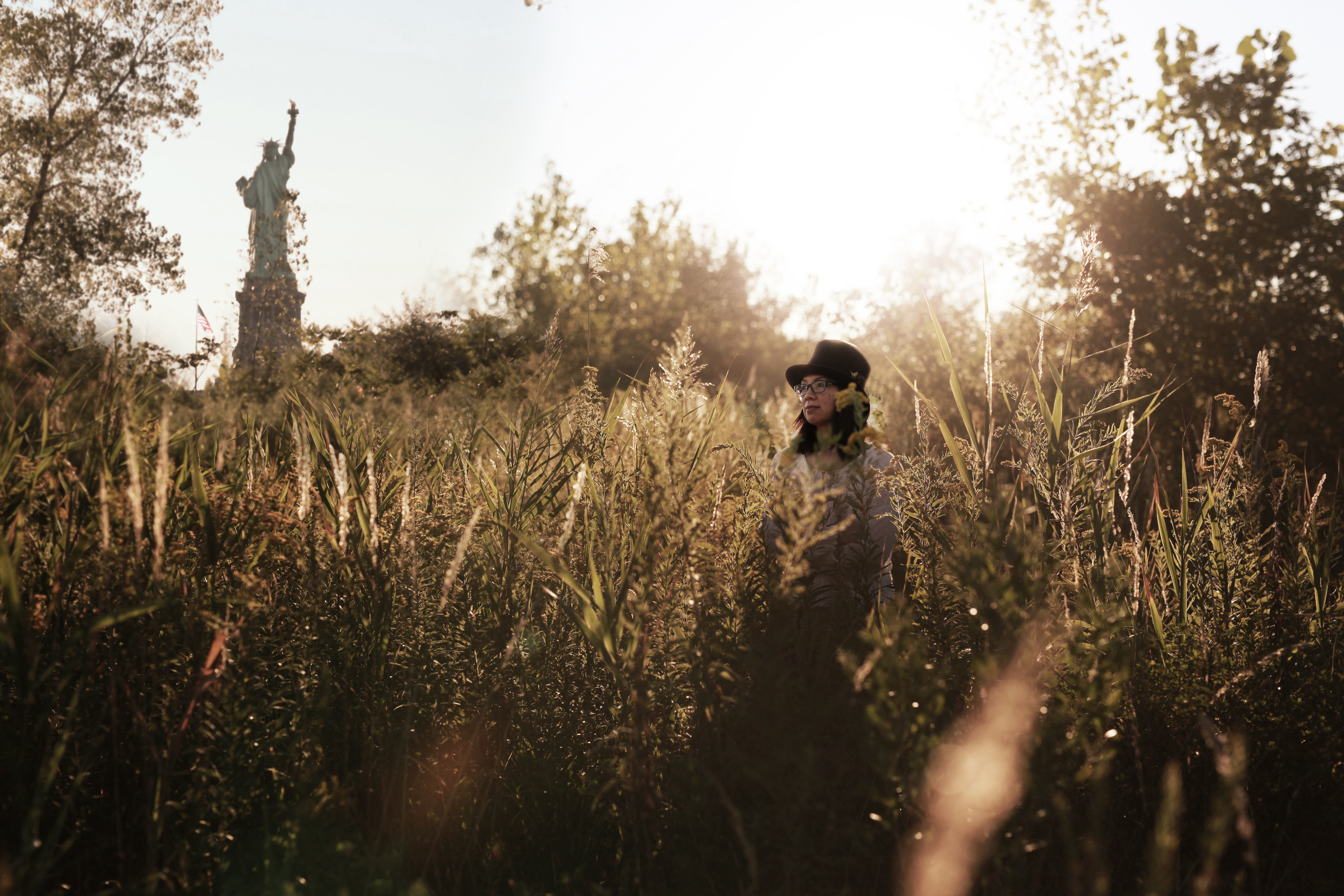 Adrienne Su appears in this portrait based on her poem “Escape from the Old Country.” Photo by B.A. Van Sise

In 1855, Whitman self-published the first edition of “Leaves of Grass” in Brooklyn against a backdrop of political discord over slavery. Whitman himself supported the Free Soil Party, which sought to stop the spread of slavery in the country’s newly-added western territories, a position for which his employer at the Brooklyn Daily Eagle fired him.

In New York City, this tension was compounded by a rapid rise in the immigrant population, as “ethnic ghettos like Kleindeutschland appeared alongside such exclusive refuges of the rich as Astor Place,” scholar Thomas, M. Wynn wrote in a commentary.

Discussions of race and immigration are as urgently important today as they were in the 1850s, as is the art that engages with those issues, Van Sise said.

“There’s been a distinct, for me, reaction to what is happening in politics and doing this specific project,” Van Sise said. “I don’t think our world has changed a lot from … the world that he was facing when he wrote ‘Leaves of Grass’ in 1855. I think that the topics that we’re talking about haven’t changed a lot.” 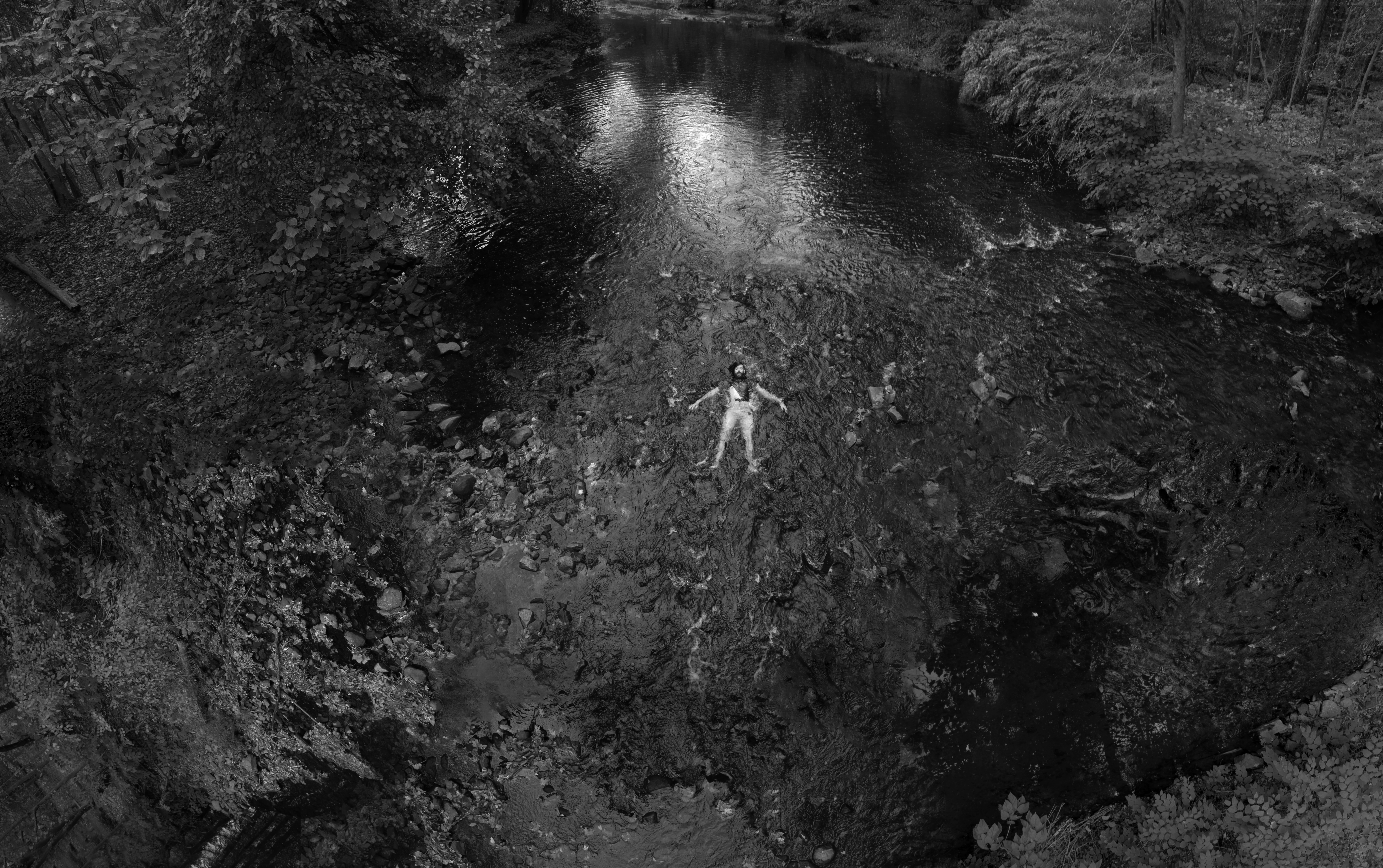 Kaveh Akbar appears in this portrait based on his poem “Some Boys Aren’t Born They Bubble.” Photo by B.A. Van Sise

“There have been other photographers who set out to capture the poets of their day, but I don’t know of any who worked so hard to fully inhabit the conceptual realm of the poets’ work, to create photos that seem to exist within the same psychic ecosystem as the poems themselves,” he wrote in an email to the NewsHour. “B.A.’s photos seem to vibrate at the frequency of his subjects’ poems—that, to me, is the true miracle of his work.” 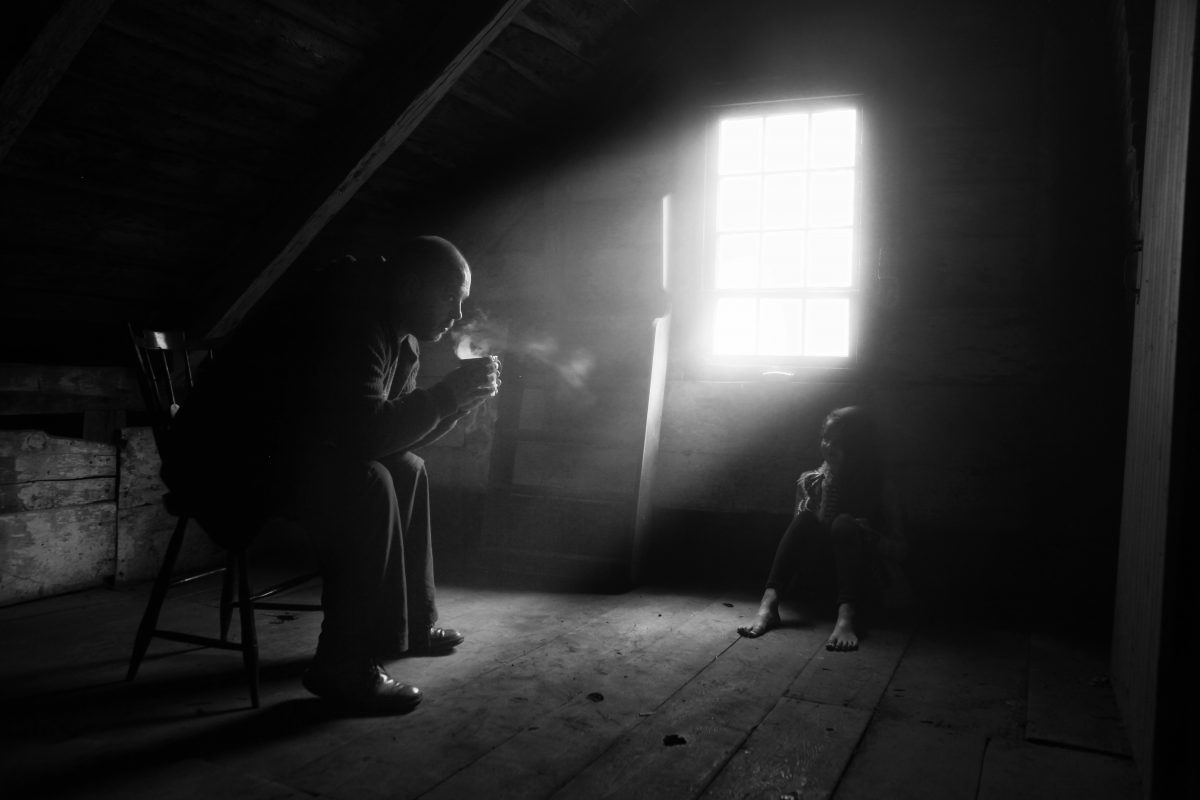 Jeffrey McDaniel appears in this portrait based on the poem “The Quiet World.” It begins: “In an effort to get people to look / into each other’s eyes more, / and also to appease the mutes, / the government has decided / to allot each person exactly one hundred / and sixty-seven words, per day.” Photo by B.A. Van Sise 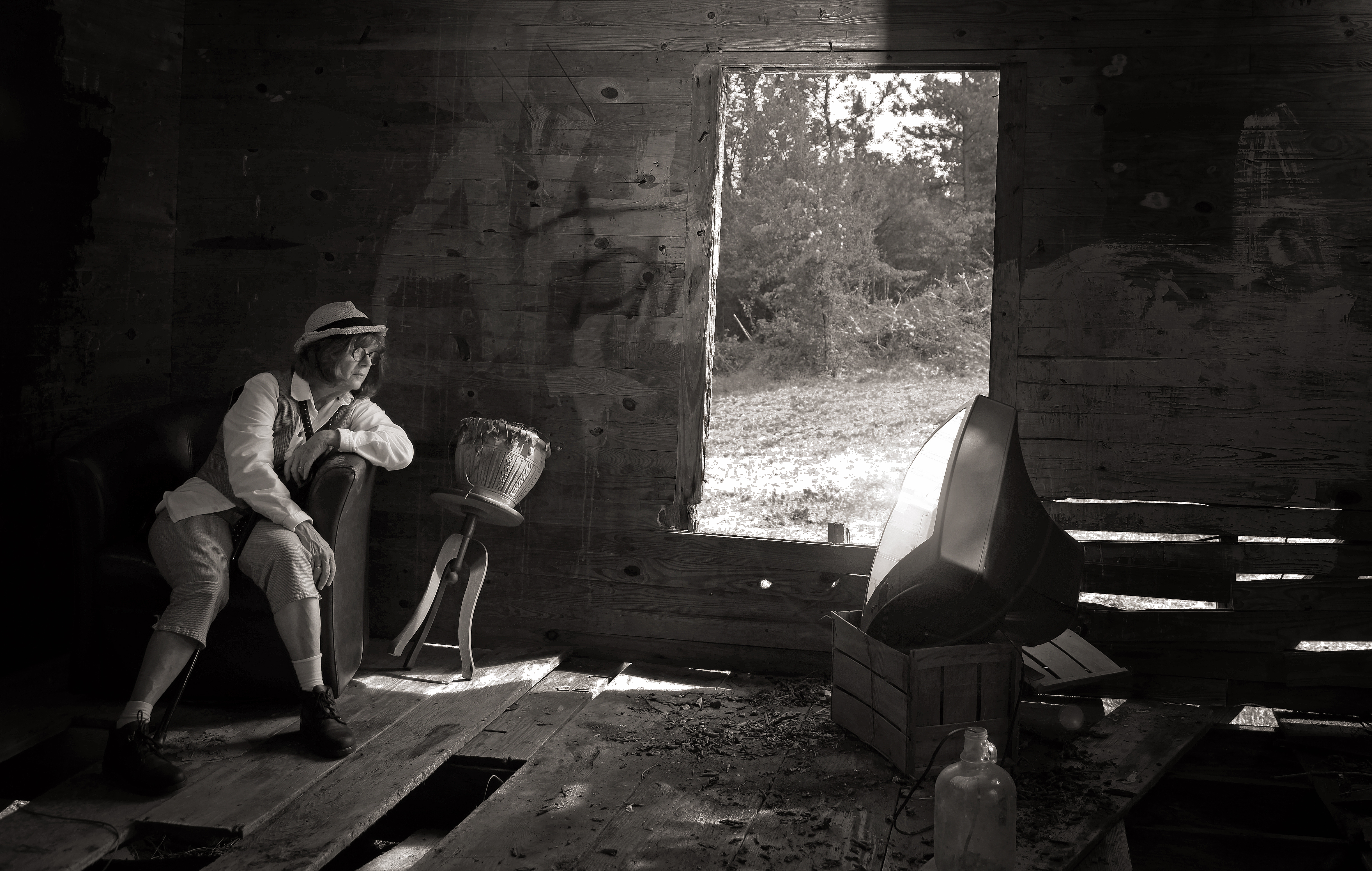 Dorianne Laux appears in this portrait based on the poem “As It Is.” Photo by B.A. Van Sise 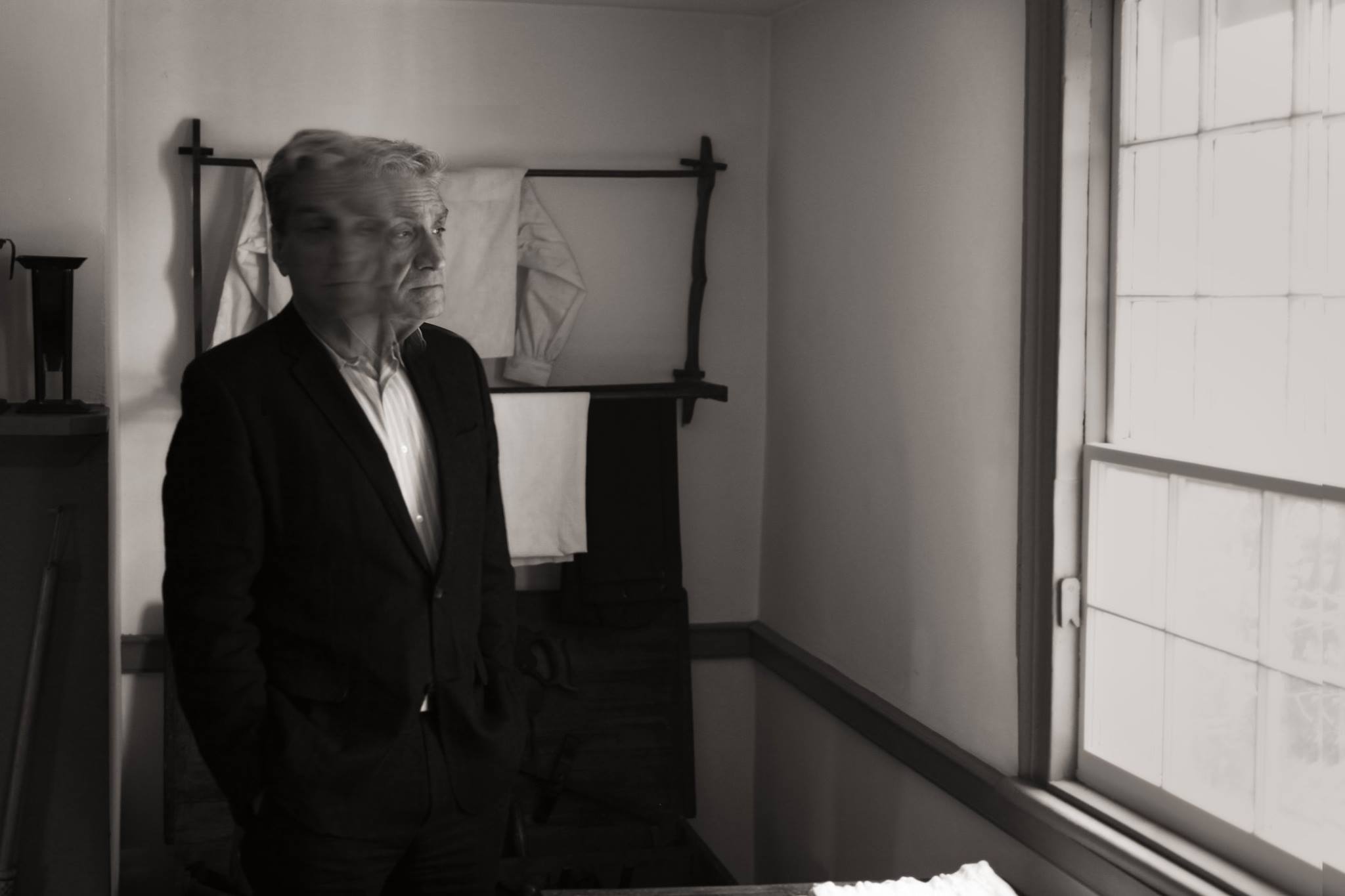 Former U.S. poet laureate Robert Pinsky appears in a portrait based on his poem “Antique.” It begins: “I drowned in the fire of having you, I burned / In the river of not having you, we lived / Together for hours in a house of a thousand rooms /
And we were parted for a thousand years.” Photo by B.A. Van Sise