The chilling, abstract blueprints of war from the mind of Syrian artist Waseem Marzouki

When I asked Syrian artist Waseem Marzouki to tell me about one of his recent projects, he immediately answered: “Getting my family out of Syria.”

Marzouki has lived in Doha, the capital of Qatar, for eight years, but he said until recently some members of his family were based in Dara’a, Syria — the city where a group of teenagers was arrested after spray-painting protests against Syrian President Bashar al-Assad in March 2011. The teens’ arrest and torture fanned the flames of anti-Assad sentiment at the beginning of the Syrian revolution.

Last week, Russia launched cruise missiles at targets in Syria, marking an escalation of its involvement in the four-year Syrian civil war. Russian President Vladimir Putin said that Russian airstrikes, which began in late September, were meant to help Syrian President Bashar al-Assad’s regime and to fight “militants and terrorists,” but its strikes have largely hit areas controlled by mainstream opposition groups including those trained by the CIA. The war appears to be “edging closer to an all-out proxy war between the United States and Russia,” The New York Times reported Monday.

These facts of war, Marzouki said, have become a disturbing routine for many Syrians. “It was very difficult, but now we [are] used to it, you know? It’s very normal for us now, for Syrians, to talk about this,” he said. 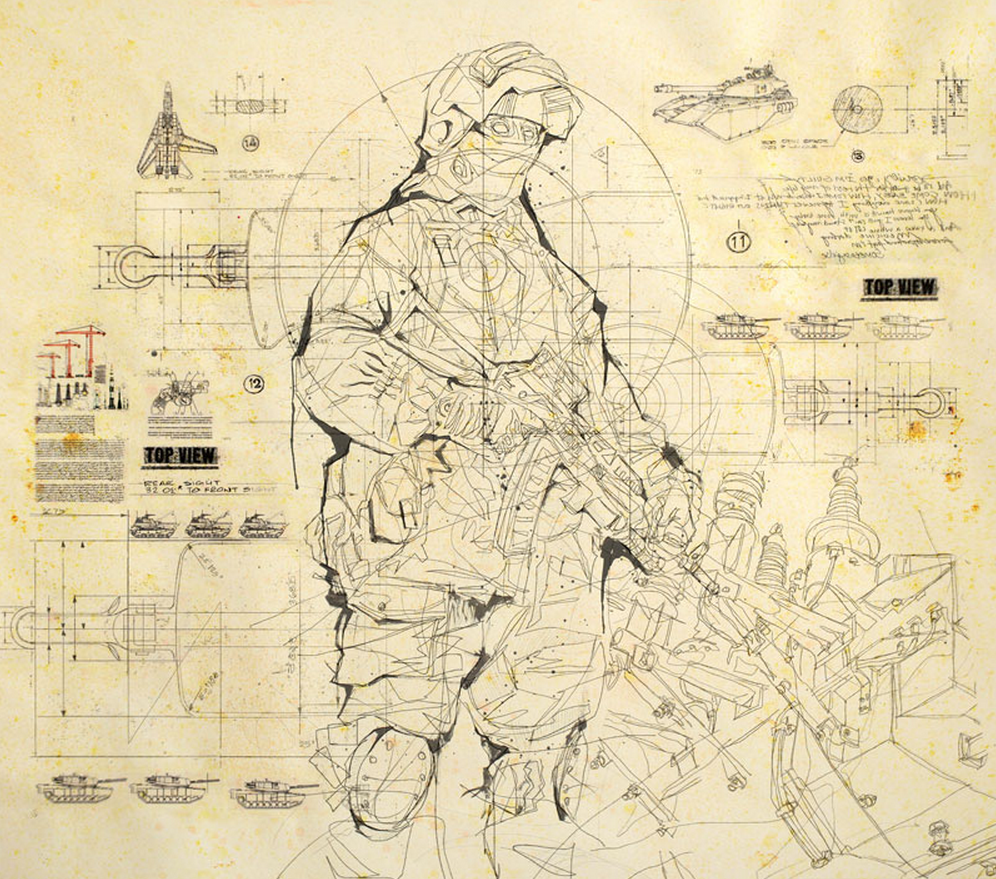 Art, politics and military images collide in Marzouki’s work as he explores the power systems at play in the war. His series “The Firm” (2014) is grounded in images of tanks and soldiers, both common sights in Syria as different forces fight for control of the land and its resources, he said.

Marzouki normally starts with a central image, then layers symbols and writing in various languages over that image. The convergence of these symbols — some of which come from Shi’a, Sunni, Christian or Jewish culture — reflects the cultural diversity of the region and the many voices present in the war, he said. 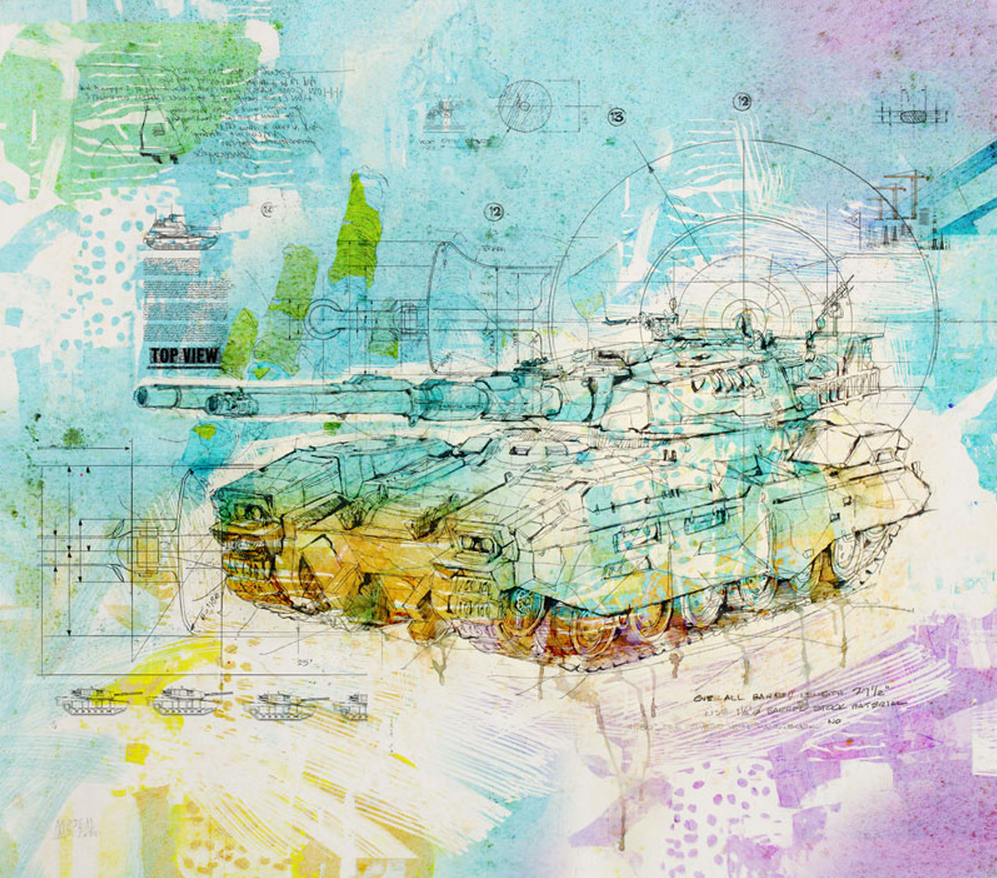 For Marzouki, the paintings are a road map for understanding the chain of events in Syria.

“When I see this painting after 10 years, if I’m still alive, I can understand what was happening there, I can remember everything that was happening and I can tell everything, without forgetting details,” he said. “When you find writing on the tree, like [from] you and your loved one, this is the same.”

Marzouki was born and grew up in al-Thawrah, an hour’s drive from Raqqa, which has been called the “capital” of the Islamic State’s territory in northern Syria.

Marzouki’s father moved there to work as an engineer on the building of three dams in the region — the Tabqa Dam, Tishrin Dam and Baath Dam. As the Soviet Union had provided funding and engineers for the Tabqa Dam, Soviet influence was strong throughout the city, and this cultural overlap appeared in Marzouki’s work at an early age, he said.

“I remember when I start[ed] drawing in school, my teachers used to tell me, ‘You are drawing something that looks different. It looks like — you know when Russians speak Arabic? The accent, your drawings look like this accent,’” he said. 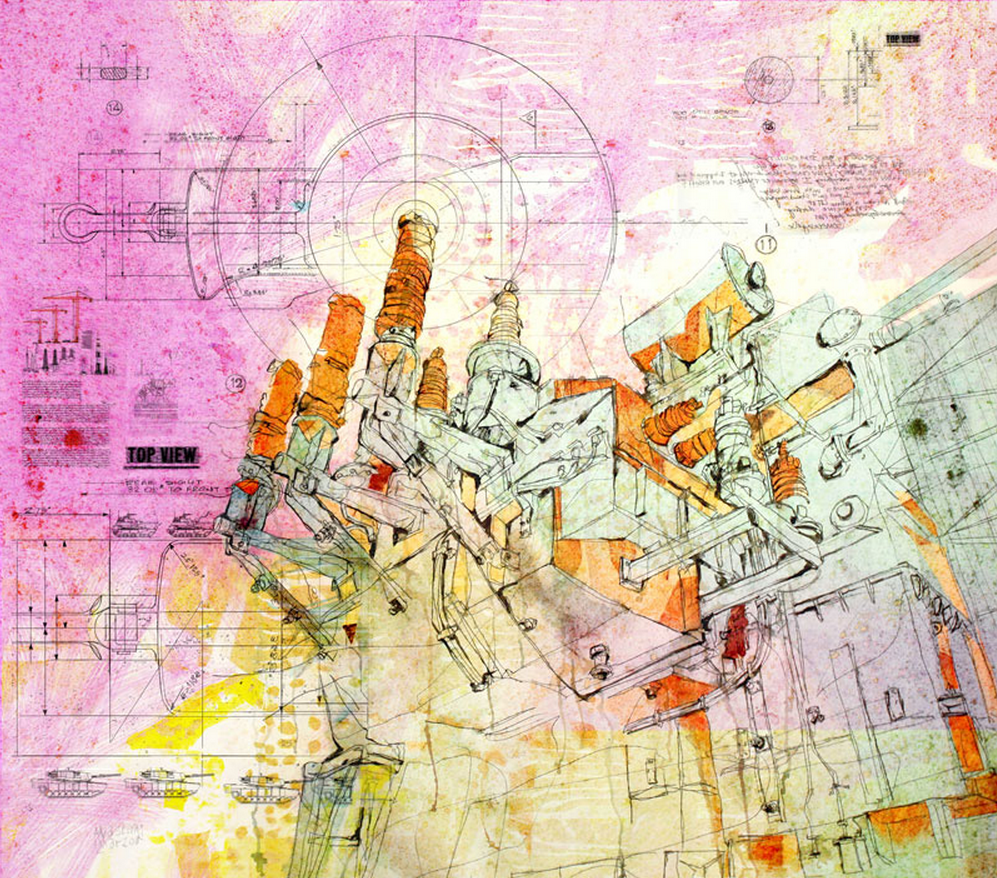 Marzouki earned a B.A. in fine art from Damascus University in 2007, and in 2012 he studied at the Global Cinematography Institute in Hollywood. He moved to Doha eight years ago to work with a television production company, but now works as a full-time artist. 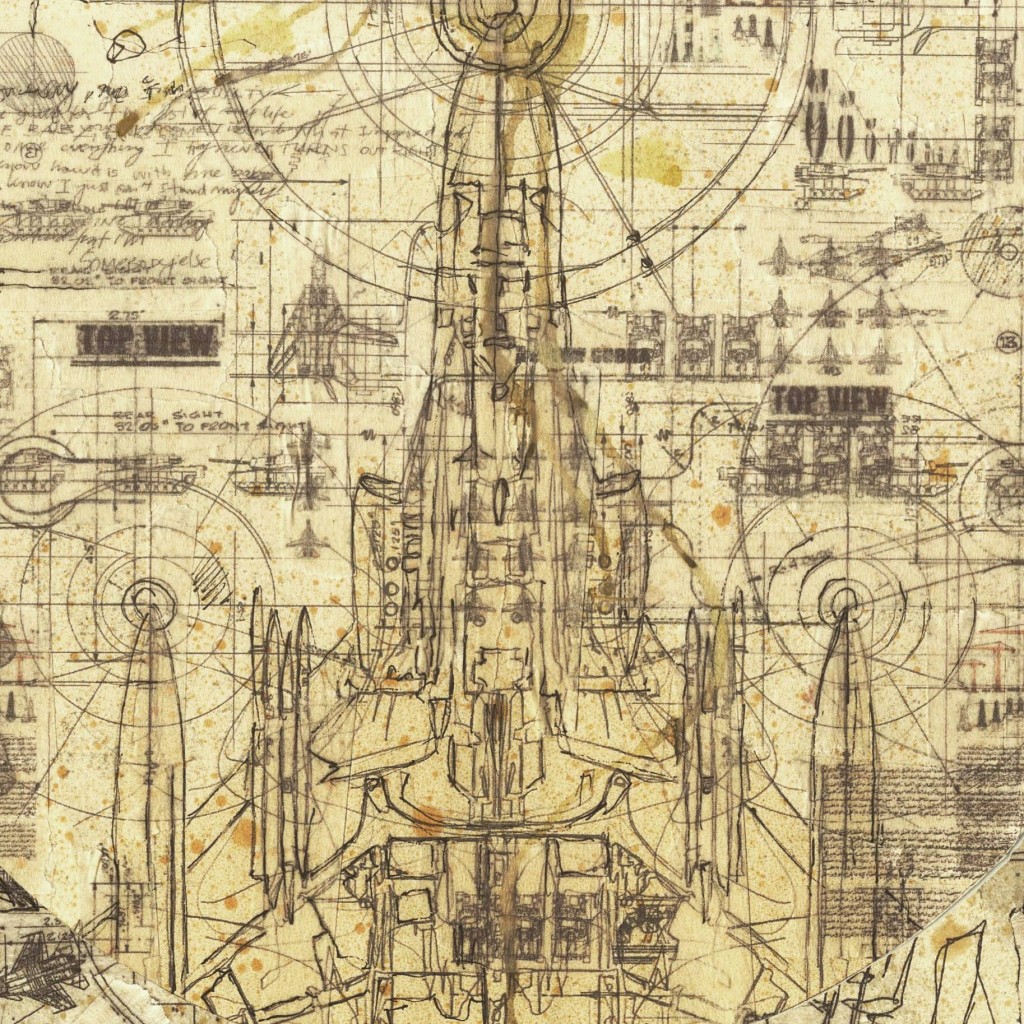 At a time when Syrian art and antiquities are at risk of destruction, Syrian artists are playing a unique role in preserving their own history, he said. “When you see ‘Guernica’ from Picasso and then you read a story about it, then you understand this was the Spanish and Nazi’s war,” he said. “When you make a series of paintings, or a painting, and you link this painting to what’s happening now, this [becomes] history.”

See more of Marzouki’s work below. 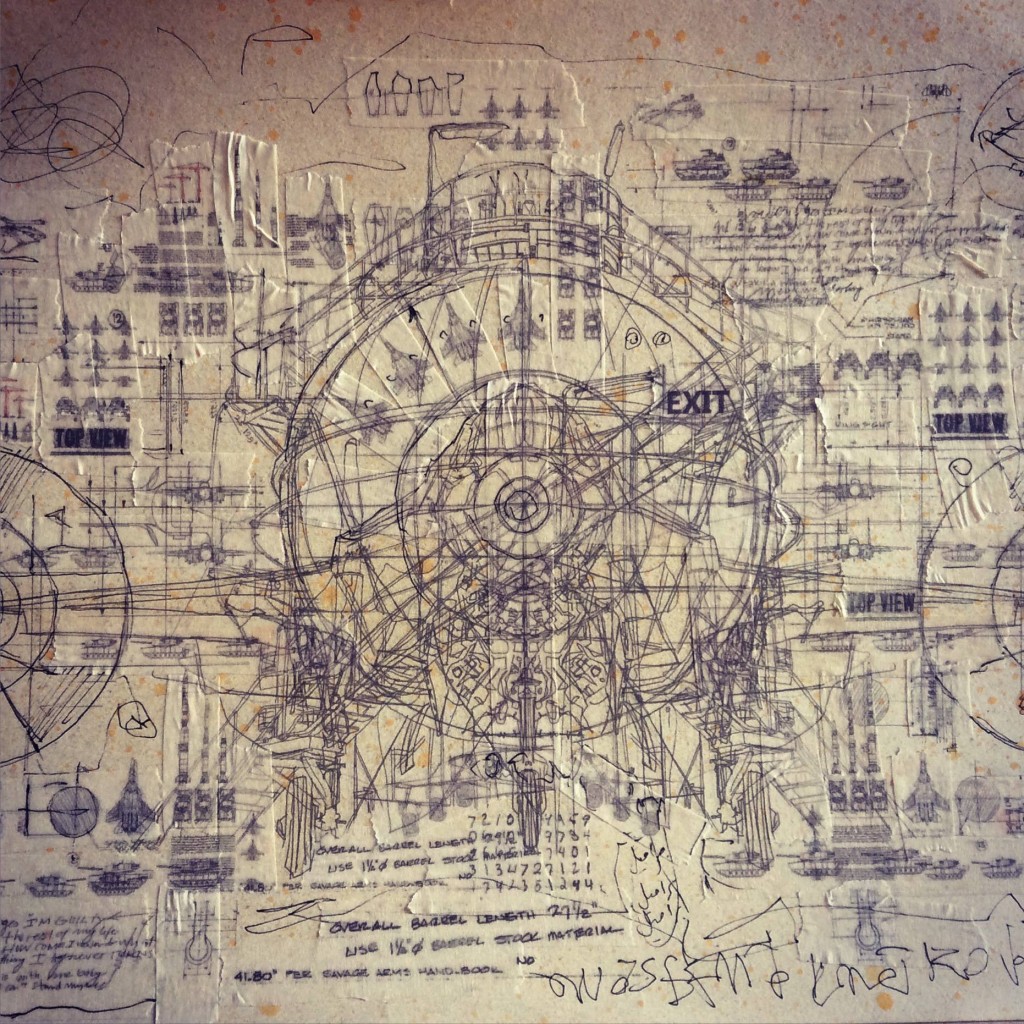 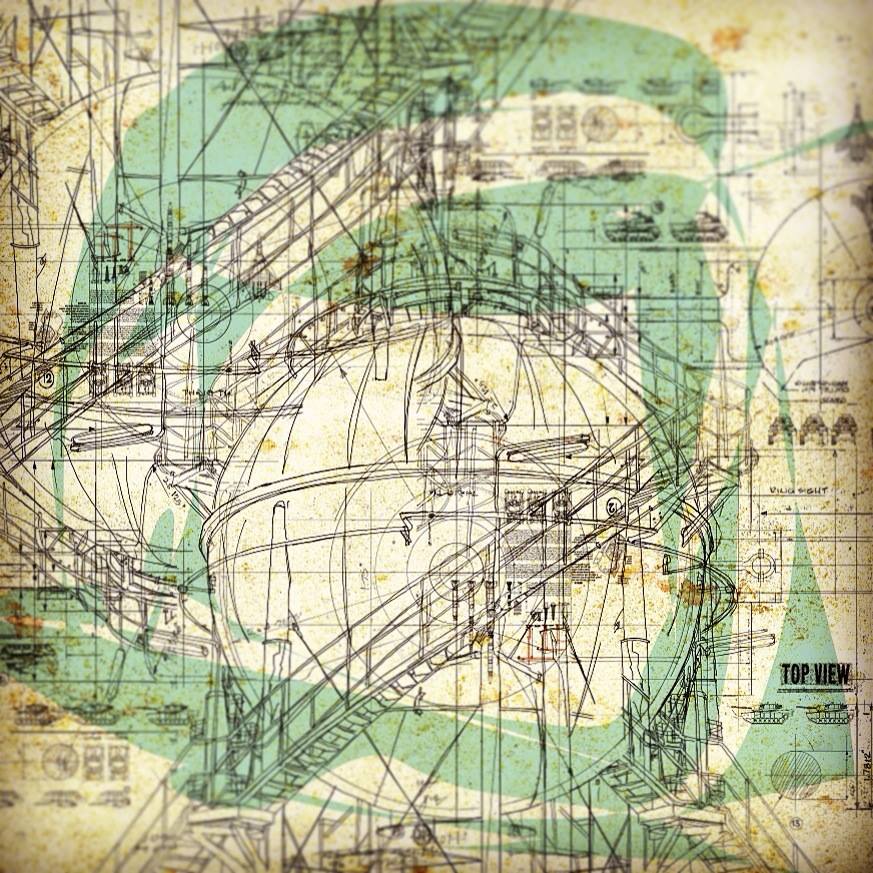 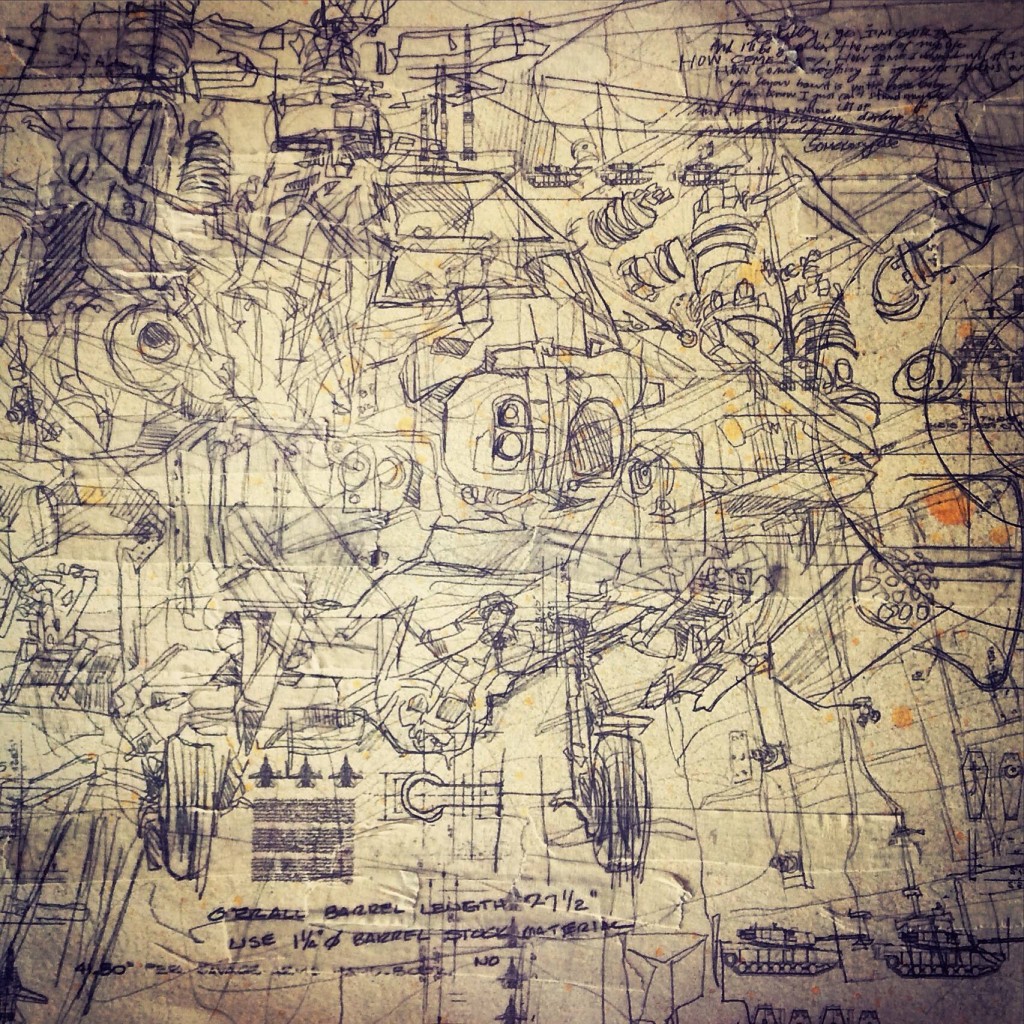 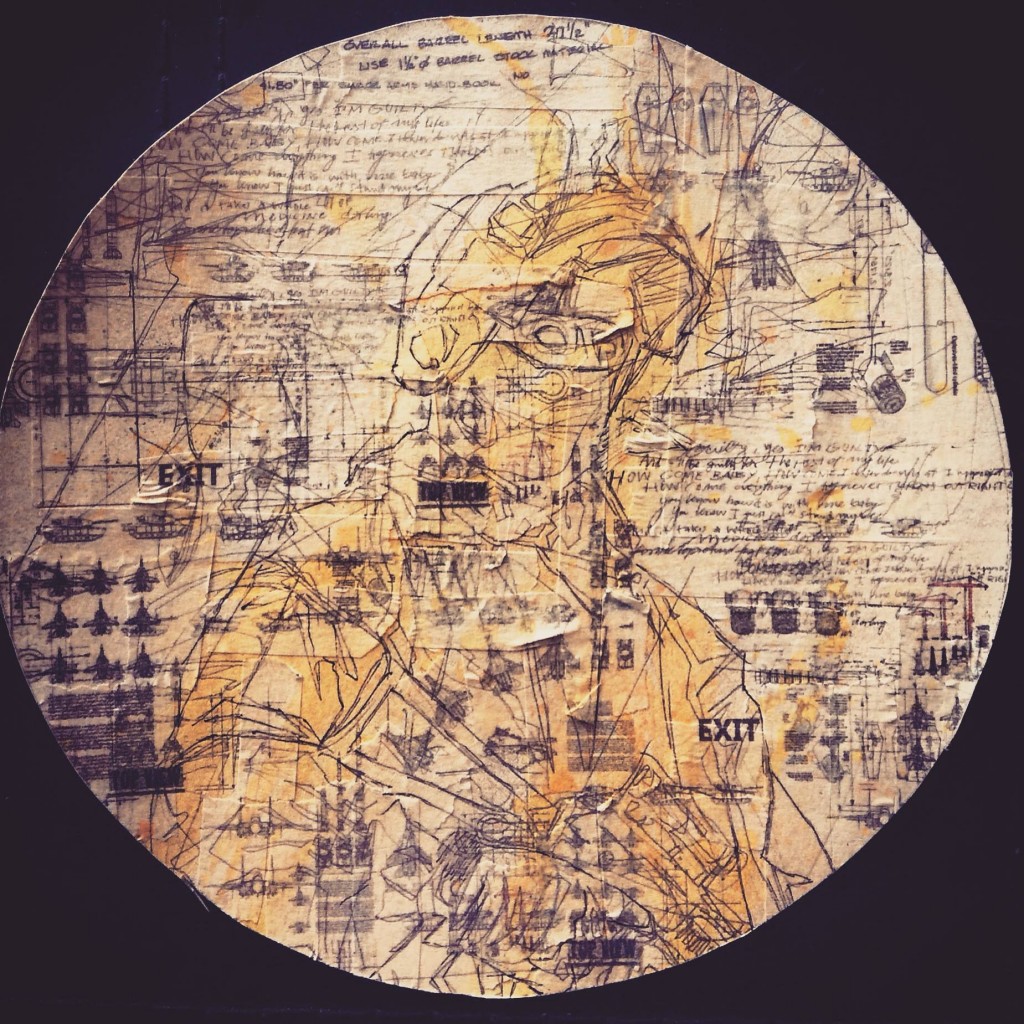