A winning proposal has been selected for a new World War I memorial that would sit one block from the White House in the nation’s capital, the World War I Centennial Commission announced Tuesday.

Out of five finalists in the international competition, the commission chose a design from sculptor Sabin Howard and architect-in-training Joe Weishaar. The memorial will be built in Washington, D.C.’s Pershing Park, named for John J. Pershing, overall commander of American forces during the war.

Titled “The Weight of Sacrifice,” the winning design integrates the park’s open spaces with a single, freestanding sculpture of three servicemen kneeling behind an artillery piece. Surrounding the sculpture is an 81-foot-long wall with 23 images of various wartime scenes carved into it.

Between the reliefs, or carved images, will be selected quotes from a variety of sources, including President Woodrow Wilson and author Ernest Hemingway. 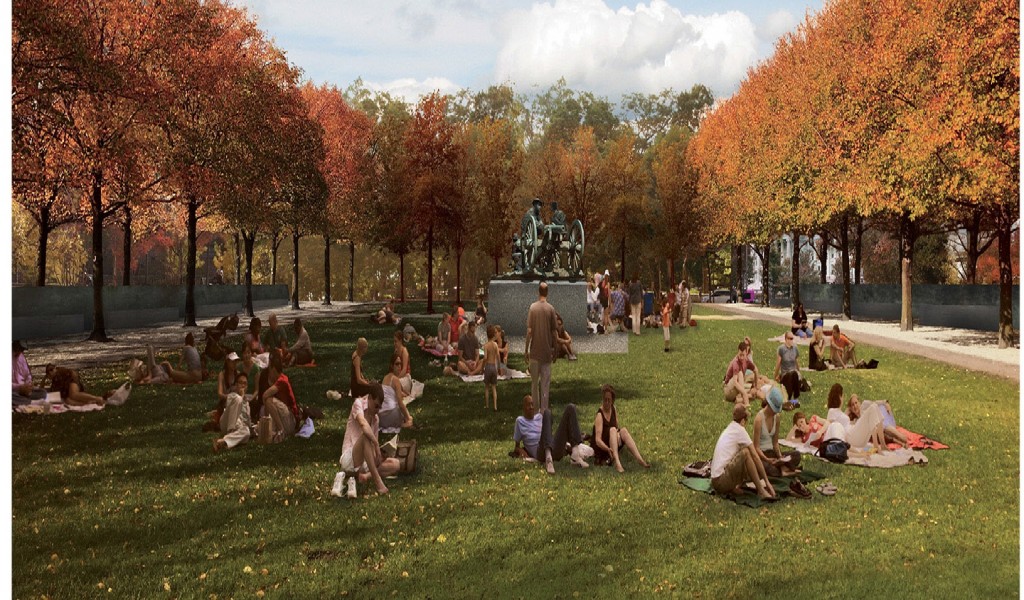 An artists rendering of the proposed WWI memorial’s focal point, a freestanding sculpture of three servicemen kneeling behind an artillery piece. Image courtesy of Sabin Howard and Joe Weishaar

This blend of art and nature “alludes to the idea that public space and personal freedom are only available through the sacrifice of our soldiers,” the proposal stated.

Congress will start construction of the $30 million memorial by November 2017, Chris Isleib, a spokesman for the commission, said in a statement. The commission hopes to complete work on the memorial the following year, to coincide with the 100th anniversary of the end of World War I. 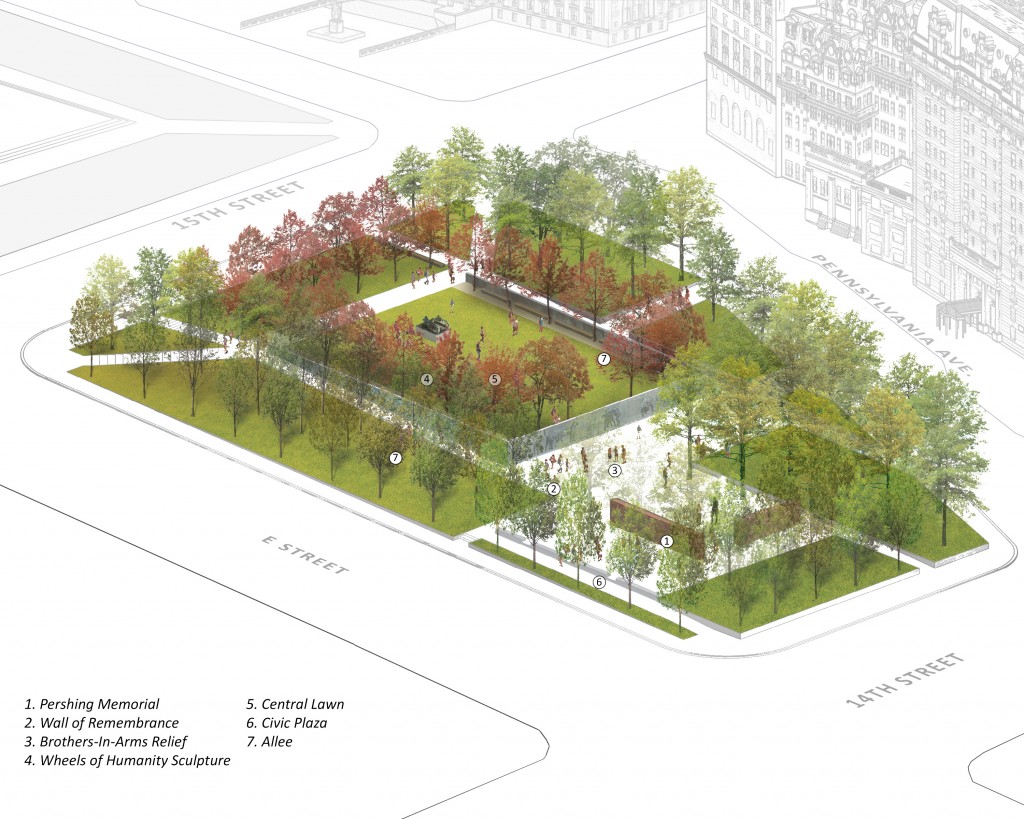 The proposed design of the National WWI Memorial in Washington, D.C. Image courtesy of Sabin Howard and Joe Weishaar

The last war monument constructed in D.C. was the World War II Memorial, dedicated in 2004. Another World War I monument exists in the nation’s capital — the District of Columbia War Memorial — but it only commemorates the 26,000 Washingtonian veterans of the war. More than 4.7 million Americans served in the First World War, according to the Congressional Research Service, including more than 116,000 who died during the war from various causes.

The commission received more than 360 proposals for the competition, after the competition was announced in May 2015. They narrowed down the number of submissions to five finalists in August.

Left: An artist rendering of the first national World War I memorial proposed for construction in Washington, D.C. Image courtesy of Sabin Howard and Joe Weishaar