WATCH: The psychological toll of Syria’s war in one breathtaking minute

Filmmaker Amer Albarzawi was living in Raqqa, Syria, two years ago as it became the stronghold of the Islamic State.

The group, which he calls by the pejorative term “Daesh,” quickly instituted a series of rules that transformed daily life of Raqqa’s people. “One day, no smoking. Next day, no boys and girls together on the street,” Albarzawi said. “After one month, no girls and boys in school [together], then they have to put hijab on the girls. Then, [they said] ‘We don’t want to study this history, physics, mathematics, we want to change it’ … I’m Muslim, but it’s strange for me.”

This series of changes and their psychological toll is at the forefront of “fade to black,” a one-minute stop-motion film that Albarzawi filmed with actor Farah Presley. The two have lived together in Istanbul, Turkey, since the end of 2014 and began working on the film in March.

Stop-motion seemed like a “new way” of portraying the effects of the war as well as an accessible one, with the materials they needed easily attainable, Albarzawi said. “I like stop-motion because we can use many of materials around us,” he said.

Each frame speaks to a moment from the months Albarzawi lived in Raqqa as the city watched its former way of life disappear, he said. 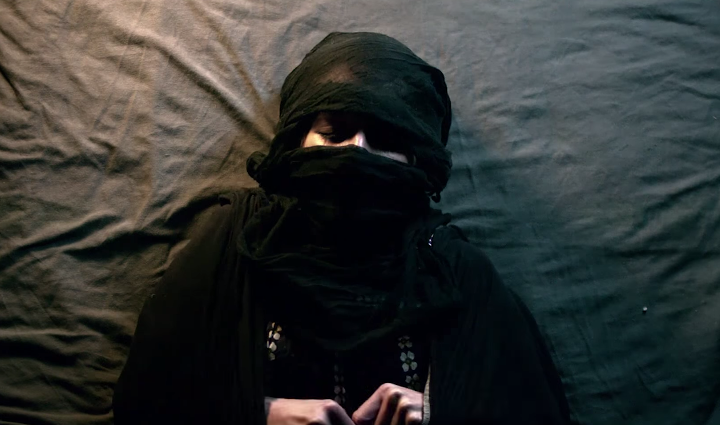 A still from “fade to black,” a film by Amer Albarzawi and Farah Presley.

It is more important than ever for Syrian artists to keep producing work, in part to keep Syrian history and culture alive, he said. “The culture now, in Syria, I think it’s disappearing … Maybe we will lose our culture,” he said.

Syrian art can also help correct the misconceptions that dominate many conversations about Syrian refugees in the U.S., Albarzawi said. “They have to know, we are normal people, we are human, just like all humans,” he said. “We are Muslims, and we are not terrorists.”

The film won the Special Jury Prize at the Toronto Urban Film Festival this year, and the two are already working on their next film, Presley said.

“As a Syrian artist, I think it’s important to show what’s going on in Syria now, to reflect the reality,” Presley said. “Because Syrians are the only ones who know what’s really going on. They feel it in every step.”