When music is medicine for kids coping with cancer

When she was 21-months-old, Allistaire was diagnosed with acute myeloid leukemia. Now four, she has spent more than half her life in and out of cancer hospitals. Her schedule includes exhaustive medical treatments, but there’s one session she looks forward to each week: music therapy with Betsy Hartman.

For patients who need exercise, but feel too exhausted because of the harsh medicines and treatments they are receiving, music provides a physical outlet.

“When you have a guitar, a drum or a maraca in your hand, sometimes you can’t help but dance,” said Hartman, who works solely with patients in the Cancer Unit at Seattle Children’s Hospital. 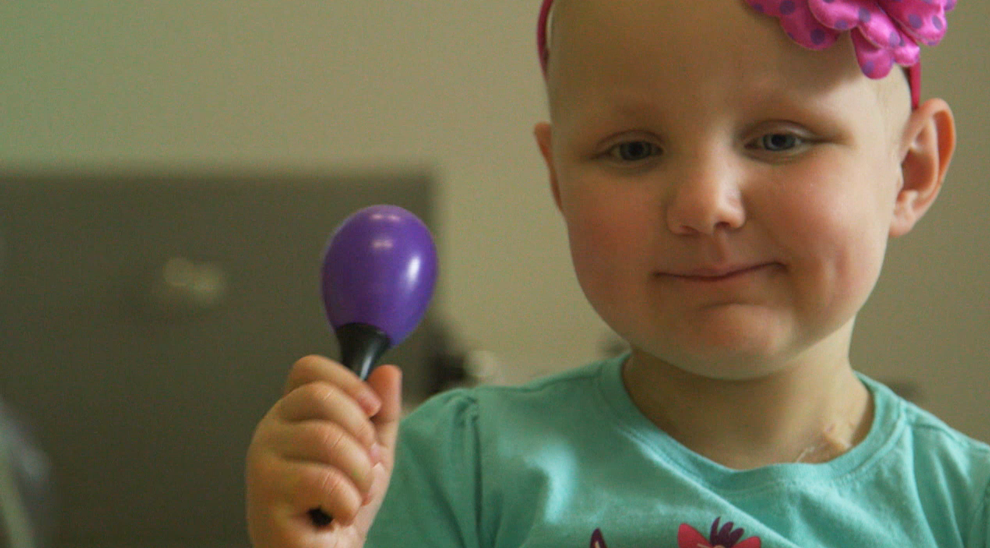 References to the use of music for therapeutic purposes date back to ancient times and across cultures. In the United States, the field gained official recognition in 1950 with the establishment of the National Association of Music Therapy. However, music therapy work was happening in the U.S. long before that. It was in the early 1800s when Benjamin Rush, the father of American psychiatry, advocated for music as a therapeutic tool. Two of Rush’s students went on to write dissertations about the use of music as therapy.

A life-altering diagnosis and subsequent treatments can be emotionally taxing. For many of Hartman’s school-age patients, treatment means missing school, friends and their daily routine.

“For kids, that’s hard,” Hartman said. “So, as music therapists, we work with patients to express some of those feelings through songwriting or listening to different lyrics.”

David Knott, also a music therapist at Seattle Children’s Hospital, has been practicing music therapy for over ten years. While Hartman is dedicated to the Cancer Unit, Knott works across the hospital and sees children with many different ailments. 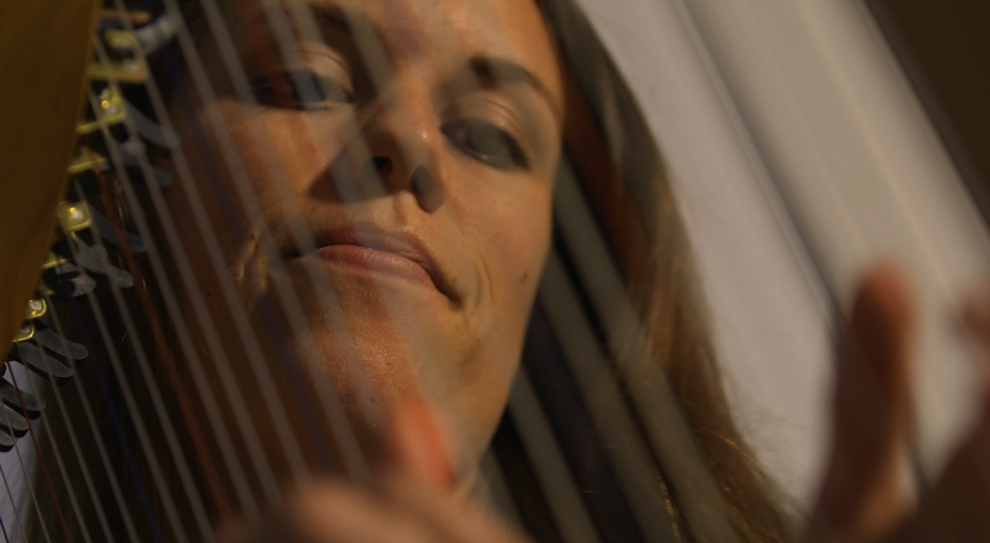 “There is a lot of interest from neuroscientists in examining how music is processed in the brain, and some really interesting studies are being done or have been done,” says Knott.

Research conducted by Dr. Robert Zatorre and his team, for example, found that dopamine was released when listening to music. “Music activates reward centers in the brain,” Knott said.

According to the American Cancer Society, some studies have shown that music can help with short-term pain reduction, as well as help reduce anxiety and nausea caused by chemotherapy.

For Hartman, working with her young patients is a deeply rewarding experience for her.

“I can only imagine that it must be one of the most vulnerable and scary times in their lives, and the fact that they let me come in and offer something like music to them is an honor.”

In the run up to next weeks premier of Ken Burn’s PBS documentary series “Cancer: The Emperor of All Maladies,” KCTS 9 produced a range of related stories. You can watch those at kcts9.org/cancer.