Who is Banksy? New mathematical analysis claims to know

Banksy, the elusive artist behind million-dollar works of political graffiti, may have been tagged: a new mathematical analysis claims to have identified the artist as Robin Gunningham.

A team led by Steven Le Comber at the Queen Mary University of London analyzed 140 pieces by the infamous street artist in London and Bristol using geographic profiling. The resulting “geoprofile” pinpointed a pub along with an address in Bristol and three others in London, all places where Gunningham has lived or appeared.

Banksy, who is behind pieces including a recreation of Vermeer’s “Girl With a Pearl Earring” and the satirical amusement park “Dismaland,” does not sign his pieces, so the analysis looked at works that he is suspected of creating. 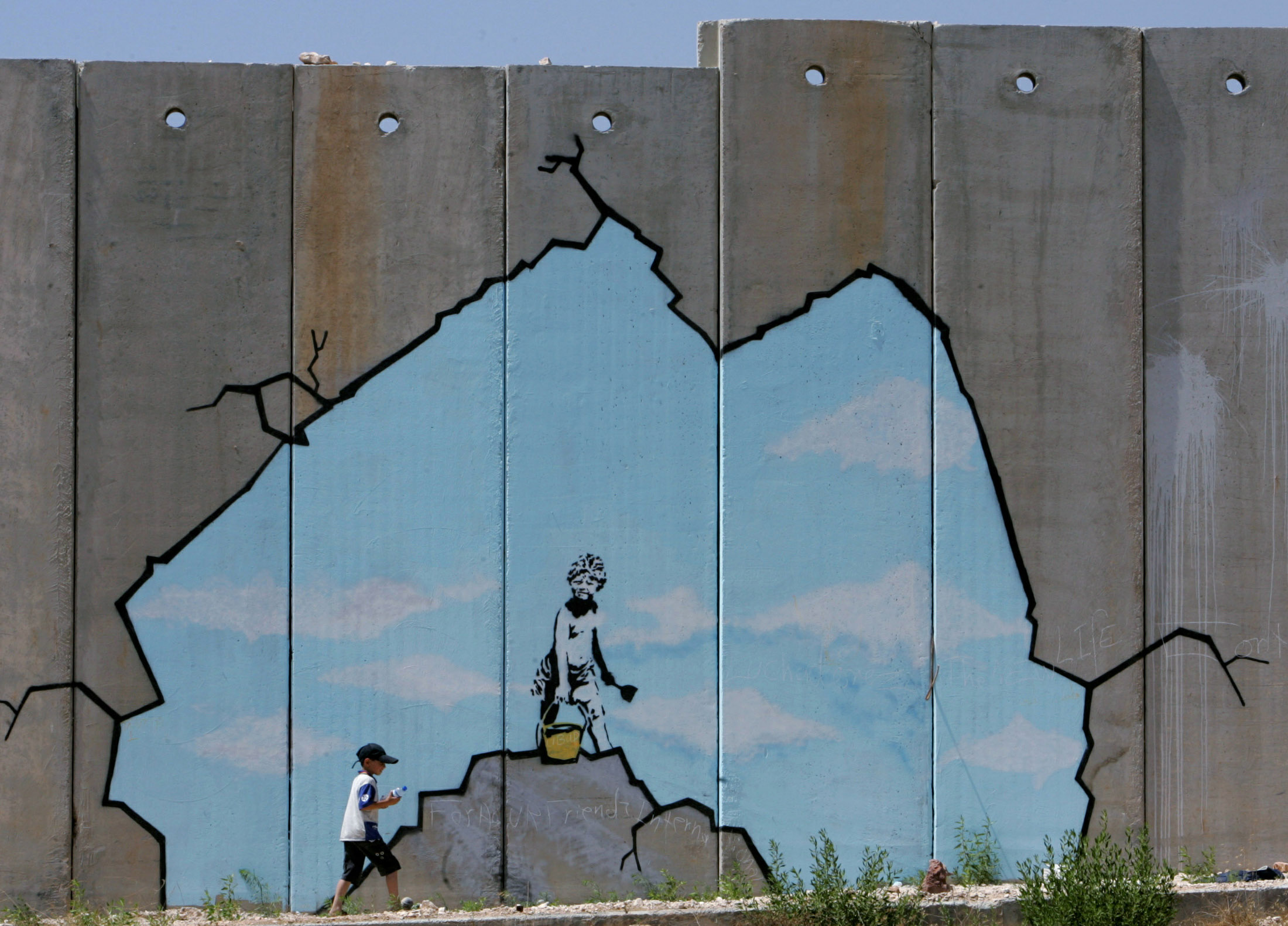 A Palestinian boy walks past a drawing by British graffiti artist Banksy, along part of the controversial Israeli barrier near the Kalandia checkpoint in the West Bank on Aug. 10, 2005. Photo by Ammar Awad/Reuters

The mathematical method of analysis has been used to identify criminals but can also help determine the origin of infectious disease outbreaks. It was supposed to appear in the Journal of Spatial Science last week, but its publishing date was halted after lawyers representing Banksy contacted the authors of the study. It appeared online Thursday.

The team at Queen Mary University said in the report’s summary that the same process could be used as a model to locate potential terrorism suspects.

But likening Banksy’s work to “minor terrorism-related acts,” as the report puts it, drew criticism from Gizmodo, which also pointed out several flaws in the analysis:

The method itself is incredibly imprecise, and uses only suspected cases of Banksy’s artwork (Banksy performs his art anonymously, so it’s not obvious which pieces belong to him, or if the work is performed by multiple people). What’s more, outliers in the location data were not excluded, and the researchers did not use a timeline to consider when the art appeared.

This is not the first time that a group has claimed to identify Banksy as Gunningham. A Daily Mail investigation in 2008 claimed that Gunningham, who grew up in Bristol, was “the Scarlet Pimpernel of modern art.”

Left: A Banksy artwork is pictured opposite the French embassy on Jan. 25, 2016, in London, England. The graffiti, which depicts a young girl from the musical Les Misérables with tears in her eyes as tear gas moves towards her, criticizes the use of teargas in the 'Jungle' migrant camp in Calais. Photo by Carl Court/Getty Images