It’s the 1930s and there are inklings of a Cold War between the U.S. and the Soviet Union. The U.S. sends a diplomat who also brings along his wife — the American heiress Marjorie Merriweather Post. That encounter would spark a passion that would grow into the largest collection of Russian art outside that country.

Today, Post’s Hillwood Estate, Museum & Gardens in Washington, D.C., houses her vast and obsessive collection of Imperial Russian collected artworks, including nearly 90 Faberge pieces, 60 Russian porcelain dining services featuring dishes from Empress Catherine the Great, 25 silver religious chalices, two minutely detailed Imperial Easter eggs and the nuptial crown of Empress Alexandra. Hillwood does not release the value of the collection, which it sees as priceless. But a missing Imperial Easter egg found in 2015 in the American Midwest had an estimated worth of $33 million. 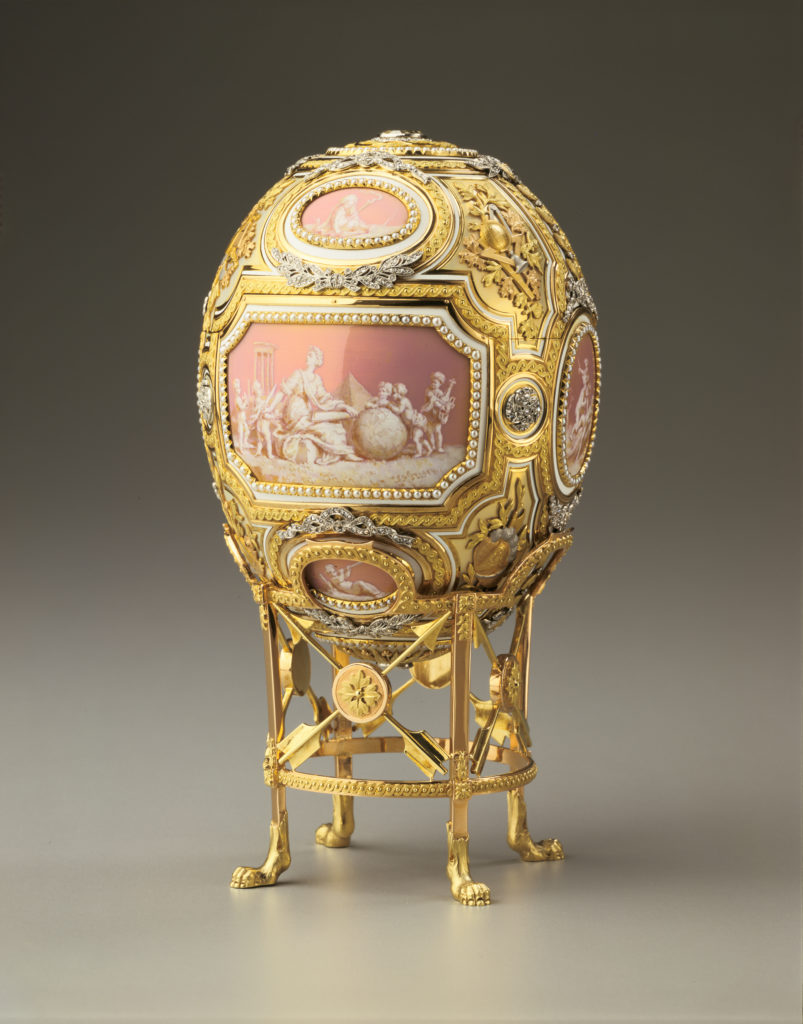 Post was the daughter of Charles William Post, founder of Post cereals, which became General Foods Corporation under her ownership. After her parents’ deaths, she inherited the $20-million company at age 27, which fueled a lavish New York City life.

Post’s interest in Russian art began as soon as she arrived in Moscow with her third husband, Joseph E. Davies, then ambassador to the Soviet Union, and she began collecting the art of Russia’s powerful imperial rulers.

“She was in Moscow at just the right time, when Stalin and his government were selling objects for hard currency to build up armaments.”

“She was in Moscow at just the right time, when Stalin and his government were selling objects for hard currency to build up armaments,” said Alison Hilton, professor of art history at Georgetown University.

Post’s collection has a political significance due to how it was collected and its representation of a bygone Russian era that is very different from its current government, said Hilton. But in a climate of tension between U.S. and Russia, particularly after revelations of American election interference by the Russian government, Hilton believes there is something to learn about the country through its art.

“Though we know a lot about Russia today, it’s still exotic and there is still such a fascination with it,” Hilton said. 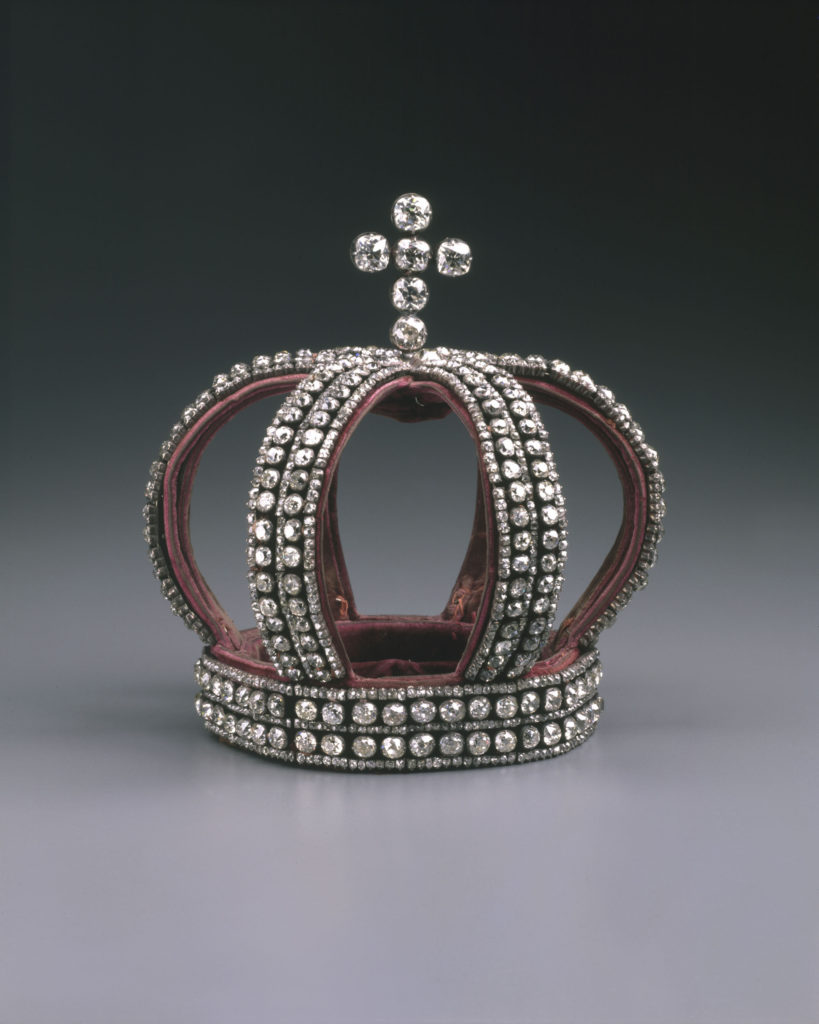 The nuptial crown of Empress Alexandra, worn at her wedding to Nicholas II in 1894.

Appreciating how the Russian style was heavily influenced by Europe in the 18th century, Post soon began purchasing in the Soviet Union, as well as U.S. auctions and third-party sources and collectors. About 20 percent of her collection was obtained in that country — finding pieces both in exquisite condition, and neglected, tarnished items hidden in back rooms — while the rest was collected across her lifetime.

Post purchased the Hillwood estate in 1955 after divorcing Davies, and curated the home as a spring and fall residence and future museum for her vast collection. (Post also had a winter home built in Florida in the 1920s; today Mar-a-Lago is better known as a resort and golf club owned by President Trump.)

The collection at Hillwood shows “what someone like Marjorie Post did with her money — building a collection to be enjoyed by the public,” said Chief Curator Wilfried Zeisler. “She also lived with her objects, which is shown in the current exhibit — that you can use your collection, not only display it.” 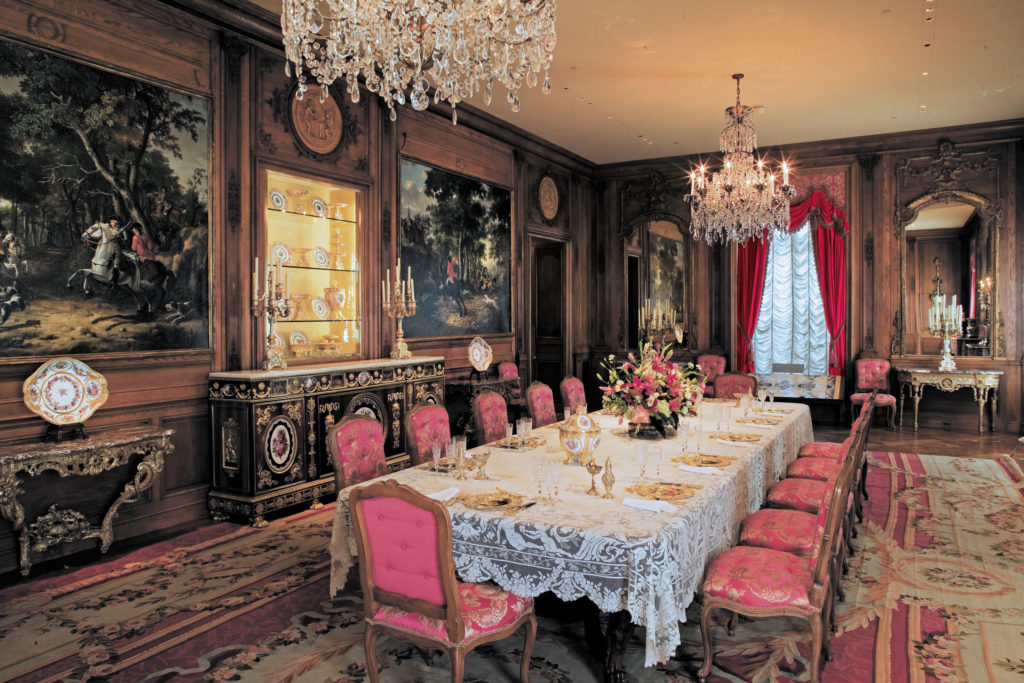 Hillwood’s museum-style rooms and furnishings doubled as the luxurious setting for her life as a top Washington hostess. The sprawling home features a French-style living room, an English-style library and a collection of Russian tableware, most of which were used in Post’s daily life and at her lavish parties. Post could theoretically set a table for up to 616 guests with her 18,000 Russian and French pieces, according to the museum.

Post could theoretically set a table for up to 616 guests with her 18,000 Russian and French pieces./

Hillwood opened as a museum in 1977 and has new exhibitions every year, with a current show on modern interpretation of Post’s hosting habits. The institution maintains its title as the largest comprehensive collection of Russian art outside of Russia itself, representing a span of history and culture that is not available elsewhere in the U.S., Zeisler said.

Such objets d’arts “help us learn about Russia and keep a perspective on culture that is broader than the current ongoing situation,” said Hilton, referring to the political tensions with the U.S. and Russia.

Even in a collection that specifically prizes the material manifestation of Russian imperialism, she said that she hopes that the more people see such art, the more they “might see that in the long run, there is more that we jointly value than things having to do with power and politics that separate us.”