Willie Nelson sings there’s ‘room for everyone’ in America

Back in November, the Library of Congress honored Willie Nelson in a tribute concert, awarding the country music legend with the Gershwin Prize for Popular Song. PBS stations nationwide will air the event today, Jan. 15, 2016, at 9 p.m. EST. Check your local listings.

Willie Nelson has weighed in on the debate over Syrian refugees.

In front of a Washington, D.C., crowd, including a smattering of lawmakers, the 82-year-old “outlaw” musician sang that there’s “room for everyone” in America, after accepting the Library of Congress’ Gershwin Prize for Popular Song on Wednesday night.

“I think this is one of the most appropriate songs that we could do for this period in America,” Nelson told the crowd at Washington’s DAR Constitution Hall. “Many years ago, I recorded this song and I felt like this might be a good time to kind of try to bring it back.”

Bookended by his sons Lukas and Micah, Nelson then eased into 1986’s “Living in the Promiseland,” where he sang, “Give us your tired, your weak, and we will make them strong … There’s still a lot of love, living in the Promiseland.” At center stage, Nelson gave his variation of the poem found at the Statue of Liberty’s feet.

“Leave it to Willie: Only he can bring together Republicans and Democrats,” host Don Johnson said.

Only a man who once smoked weed atop the White House, according to Willie lore, could make a room with politicians slightly uncomfortable.

There was a standing ovation, but the crowd didn’t sit back down because Nelson ended the night with the thematic one-two punch, following up “Promiseland” with “On the Road Again,” one of his signature hits. If “Promiseland” was the plea for acceptance, Nelson’s proclamation that “The life I love is making music with my friends” is the goal realized.

Longtime friends and performers who paid tribute to the red-headed troublemaker at the beginning of the concert joined Nelson on stage to sing along in solidarity, including Neil Young, Rosanne Cash, Alison Krauss, Leon Bridges, Paul Simon, among others.

Wednesday night’s concert was a snapshot of the musician’s storied discography of more than 100 albums.

The Library of Congress awarded Nelson its pop music prize, saying that the singer-songwriter was a “musical explorer.” 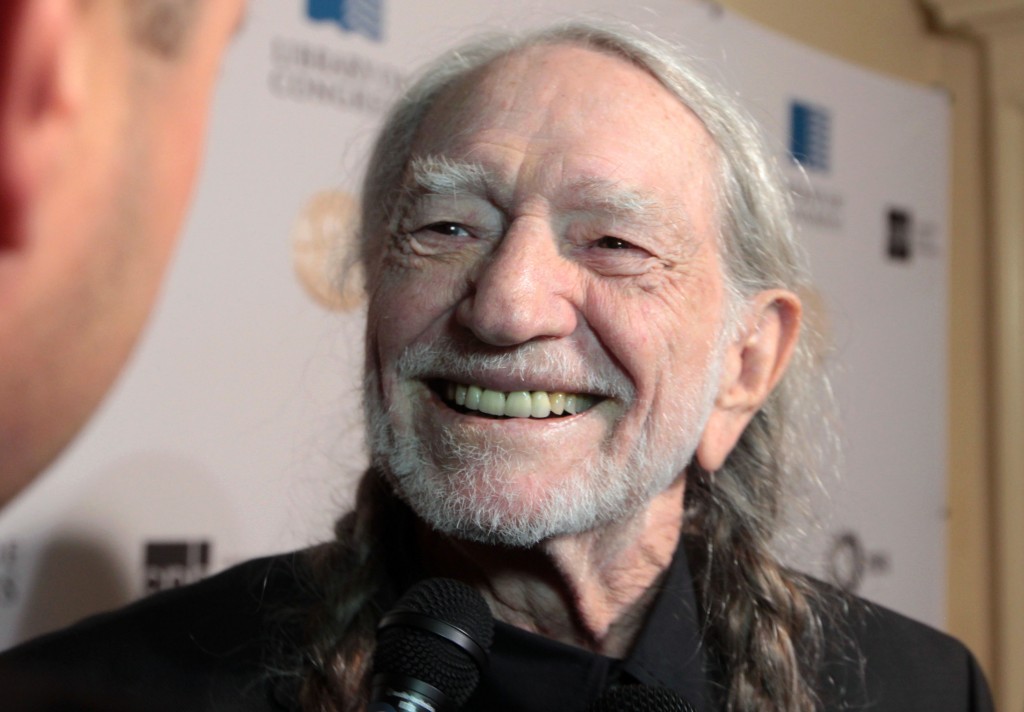 Raised during the Great Depression in a small Texas farming town, Nelson has documented the weight of poverty, heartache and regret in a career that continues into its sixth decade.

However, any roads of darkness described in his songs were traversed by a cowboy musician with flaming red hair in New Balance tennis shoes. Nelson’s drive has also meant a never-ending touring schedule of Fourth of July picnics, weed politics and small farm activism.

Nelson is the first country music artist to receive the prize. The award has previously been given to Billy Joel, Carole King, Stevie Wonder, Paul McCartney and Paul Simon, who performed two of Willie’s songs for the concert.

Young opened the proceedings with Nelson’s concert staple, “Whiskey River,” a jaunty take on a tragic struggle with the “amber current.” Simon, backed by accordionist Buckwheat Zydeco, did a little jig in the middle of “Man With the Blues.” Krauss sang “Angel Flying too Close to the Ground” with all the fragility of a love lost. And when Mexican singer Ana Gabriel sang the kiss-off “I Never Cared For You” in Spanish, the song’s agony was not lost in translation.

Raúl Malo of the Mavericks took on “Crazy,” the iconic country ballad that Nelson wrote for Patsy Cline, years before he broke out as a solo artist in the 1970s.

Much was made at the concert of how the young songwriter challenged the “Nashville machine” in the 1950s and 1960s. In his autobiography, Nelson said he had trouble selling “Crazy” to Nashville ears because “[i]f a song had more than three chords in it, there was a good chance it wouldn’t ever be called country.”

“Crazy” had at least four chords.

Many of the concert’s performers also didn’t mimic Nelson’s trademark off-beat phrasing, which never gelled with the Nashville standard. Especially in a live setting, Nelson is unhurried by the band.

“I could sing on the beat if I wanted to,” Nelson wrote, “but I could put more emotion in my lyrics if I phrased in a more conversational, relaxed way.”

President Carter, who was unable to attend the concert, wrote a letter to Nelson that Johnson read to the crowd.

Carter congratulated his friend of 30 years, saying that the country music legend’s “music has enriched the lives of people far and wide for decades, and it is only fitting that your life’s work be honored in this way.”

“Your music has become the soundtrack of our lives,” he said.

Armed with his weathered, holey guitar Trigger on stage, Nelson, whose hair is now more gray than red, didn’t miss a beat.

Left: Willie Nelson brings the crowd to its feet at the close of the 2015 Library of Congress Gershwin Prize for Popular Song. Neil Young, Paul Simon, Alison Krauss and others paid tribute to Nelson Wednesday night in Washington. Photo by Shawn Miller.