With knives and hammers, Pakistani sculptor chisels away at taboos for women

Humaira Abid is chiseling a carefully selected piece of wood. She stops and examines the object thoughtfully, resting her hand next to an assortment of carving knives, chisels and hammers, placed neatly on her low worktable. The piece she is carving is for an upcoming exhibit.

Abid is a sculptor and painter. Based in the Seattle area, she spends several months out of each year in Lahore, Pakistan, where she grew up and still maintains her main studio. Her work is a reflection of her experiences in both countries. The walls of her Seattle studio are lined with bins full of everyday objects carved masterfully in wood. Pacifiers — hundreds of them — stained red, black, cherry; wooden chains, painstakingly carved and assembled one link at a time; baby bottles molded with curves soft enough for a baby’s hands — all pieces from her last series called “Red.” 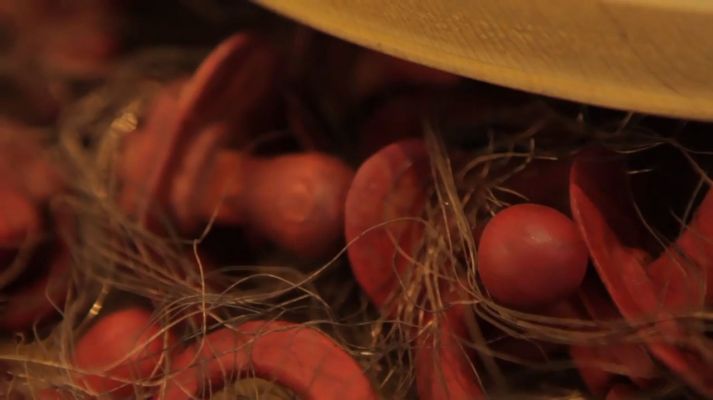 Wooden pacifiers by Humaira Abid in her series “Red.” Courtesy of KCTS 9

“That series, I have done after I had multiple miscarriages,” she explains. After going through the traumatic experience more than once, she learned how difficult it was for women to speak about.

“In (Pakistani) society, if you have a miscarriage, people think there is something wrong with you,” she says. “So women stopped talking about it.”

Abid wanted to talk about her experience. So she did in the way she knew best — through art. It is a theme that resonates through most of her work, making her viewer come face-to-face with the unspoken yet daily pressures of womanhood — pressures that, Abid believes, exist regardless of cultural boundaries.

She is very much inspired by the social issues that exist in Pakistan and she believes that living in the U.S. part-time gives her a different perspective. Abid grew up with a very open-minded family and traveled a lot. Through that experience, Abid often faced people’s misconceptions of her home country.

“I remember a couple of times when I went to workshops in other countries and once in Malaysia, I was the only woman in the whole camp of wood-sculpting,” she says.

“I got this comment from somebody there, ‘Oh, we’re surprised to see you. We thought in Pakistan men are with guns on their shoulders and women are locked in their houses … But our big cities are like any other big cities. It also depends on your location and as well as on the family.” 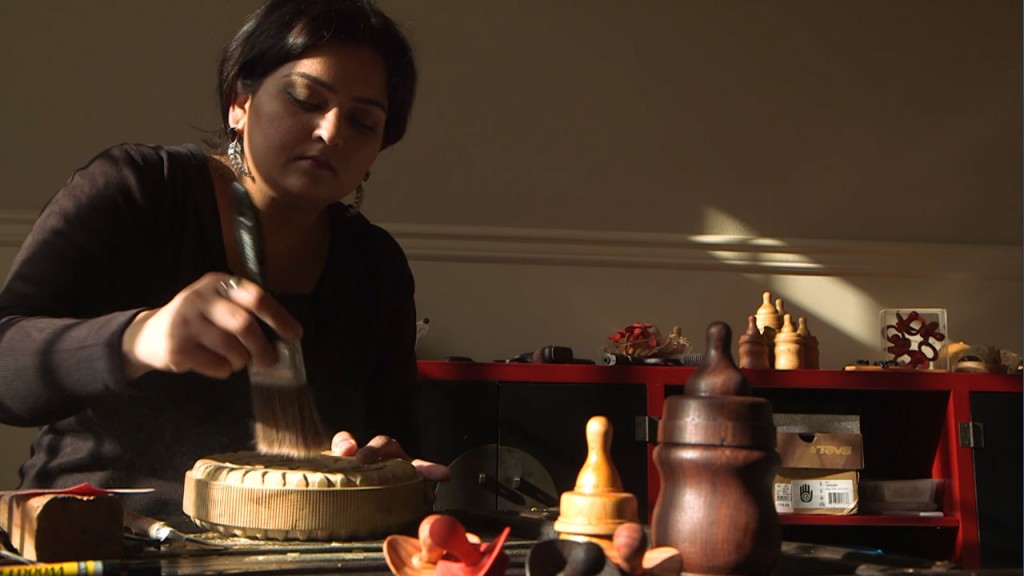 Humaira Abid works in her studio in Seattle. Courtesy of KCTS 9

When it comes to her art, the sculptor doesn’t reflect the explicit violence that so many outsiders associate with Pakistan. In her opinion, violence is not only on the streets, but it is often inside the home as well.

Abid works in two very different mediums: miniature painting, which is “small and two-dimensional,” and sculpture, “generally larger in scale and three-dimensional.” She studied both art forms in Lahore at the National College of Arts, Pakistan’s oldest and best-known art school.

While her family didn’t at first understand her choice to study art — they didn’t consider being an artist a viable profession — they have since become very supportive and accepting of her work. This attitude shift is something that Abid is noticing in her country more and more. She believes that artists finding success abroad, including herself and those who paved the way for her, has helped open doors for a new generation of Pakistani artists.

As she assembles the piece for her upcoming series, she smiles. “I enjoy doing things that people think are not possible or are very difficult.” It’s that challenge that made her select sculpture as her primary art form in the first place and it’s what still drives her to keep pushing the boundaries in her art.