Our June pick for the PBS NewsHour-New York Times book club, “Now Read This” is Andrew Sean Greers comic novel “Less.” Become a member of the book club by joining our Facebook group, or by signing up to our newsletter. Learn more about the book club here.

When his comedic novel “Less” won the Pulitzer Prize for fiction this year, author Andrew Sean Greer, who was in Italy and had just put a dog into pajamas (really), tweeted that he was shocked to hear the news. But it was clear that his novel — about a failed writer who sets out on a round-the-world trip to avoid attending his ex-boyfriend’s wedding — was the funny, affecting, even joyous book that America needed this year. It is his fifth. 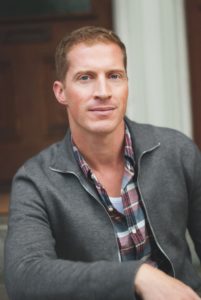 Below, Greer shares advice on how he writes (daily), what he reads (poetry, among lots of other things), and how he gets out of a writer’s funk (it can take awhile). In his words:

The rule is I have to write three pages every day. I don’t have any particular routine except to try to get those pages out of the way before the sun sets. Some days, I get up at dawn, pick up my best friend (Daniel Handler, also a writer) to go swimming in the San Francisco Bay. Then we sit in a cafe and both work until around one. Then we both buy groceries for dinner and return to our respective homes but are very likely to meet up for a cocktail again around five. Other days, I wake up early, make coffee, turn off the internet and work from my home until the pages are done, which sometimes involves a nap and a book and so on. But once those pages are done, I’m allowed to do anything I like. Often that means going for a run or seeing friends or cooking an extravagant dinner. I always feel like I’ve done something miraculous and celebratory—but then, of course, the next morning I have to do it all over again. I tell my students that I know they like to write in a big all-nighter with a pot of coffee and a handle of bourbon, but that no real writer in the world writes that way. It’s an every-single-day kind of job, one that requires a good night’s sleep. (They never believe me).

I tell my students that I know they like to write in a big all-nighter with a pot of coffee and a handle of bourbon, but that no real writer in the world writes that way.

The first real book I read—and I have no idea what I mean by “real”—was “Watership Down” by Richard Adams. I was probably 11. I recall noticing that the first sentence was “The primroses were over,” and the last sentence ended with “where the first primroses were beginning to bloom” and it struck me, suddenly, that a person had written this book. That a person had made a specific choice, a mirroring effect, a literary effect. That blew my mind! I realized that stories were not myths handed down whole and set in print, but things made by people, made with a particular design to create a particular beauty or emotion in the reader. That is almost certainly the moment I changed from being a reader to being a writer, at least in how I saw the written word.

I am not the first person to think poetry deserves more attention, since poets are the ones we send down in the mines. They influence the rest of the culture, I think, though they hardly get credit for it. Over the past year, I found Elisa Gabbert (“The Self Unstable”), Sarah Manguso (“300 Arguments”) and Matthew Rohrer to have made some life-changing books of poetry—especially Rohrer’s book “The Others,” which goes from one vision to the next in a breathtaking way. Even following them on Twitter is worthwhile. Poets are also great fun to hang out with, by the way. 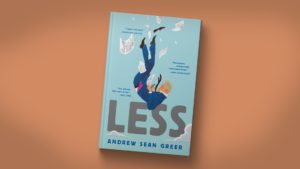 Two come to mind. The first I read somewhere when i was about 15, which was supposedly Hemingway saying to “stop while the iron is hot.” Meaning to end the writing day while still in the middle of something, so that the next morning you can begin mid-stride instead of with a blank. It doesn’t really sound like Hemingway to me, so I hope someone can correct my teenage memory, but it’s excellent advice I take to this day. The second was my writing professor, William Kittredge, who took me aside after class once and told me “Whitey Ford always pitched with his left hand.” I had been writing lots of very clever, tricky, incomprehensible stories and had just turned in a clear, ordinary story about emotion. Whitey Ford? This comment left me totally perplexed, as I am hardly a sports fan. But then he explained that Whitey Ford was a left-handed pitcher. So of course he pitched with his left hand. He was saying, this is what you’re good at. You may want to be clever, you may want to be cool. but you’re good at emotional, and you should pitch from there. I have done that ever since.

Swimming. I was swimming in the Bay with my friend when I realized the book had to be a comedy. I had been writing it for over a year as a tragedy, if you can believe it! And it was not working at all. I was in one of those funks writers get into, and was about to abandon the book entirely, when while swimming and looking back at the city skyline in the early morning it occured to me that one could only laugh at a character like this. From there on, I knew where I was going.

And the second part of the question is a really brilliant one, and very painful. When writing a novel, I am always longing for it to be over, and then when it is: it’s awful. I always knew where this book was headed, so it was no surprise to get to the ending. In fact, I wrote the last two chapters while I was in India. I wrote Japan (the last chapter) first, up until the last five pages, and then I wrote India, and then I went back and finished the book. A pal and I had been making coconut wine with juice from a coconut vender, sugar and yeast we had bought at the village store, and we let it sit in an old water bottle for about two weeks with a balloon on the top. When the balloon was full of gas, we knew it was ready. So when I announced I had finished my novel, we brought out the coconut wine. It was awful; it tasted like wet paper towels. And we got roaring drunk. That was a fine way to celebrate such a thing. But when I went home with my manuscript and realized it was all over—all over but the editing—I wept. It’s hard to let people go. Even imaginary people.