‘Unpolished’ and unconventional: Meet the Malaysian pop star about to blow up U.S. charts

When 28-year-old singer and songwriter Yuna debuted her self-titled album in 2012, she became one of the few Malaysian musicians to successfully cross over into the American music scene.

But with her arrival came questions about her Muslim-Malaysian identity and her dress. Music reviewers fixated on her look — she wears a headscarf — calling her the “poster girl” for a new generation of Muslim-Malaysian women.

But her music, and not her religion, should be the main focus, she said. “My personal belief is a private thing, and at the end of the day, I’m a woman who just loves making music,” she said. “It’s fine that people narrow in on [my hijab]. I’m OK with that. I just would like them all to know my music first.”

Back home in Malaysia, Yuna is a household name. The singer-songwriter Yunalis Mat Zara’ai produced her own EP in 2008, and the following year won the first of several Anugerah Industri Muzik awards — the local equivalent to a Grammy. After thriving in the Malaysian music scene for three years, she broke through into the American market with the help of the Internet. Nowadays, you can find her in the studio working on her new album that’s set to release in February, which includes a duet with Usher. 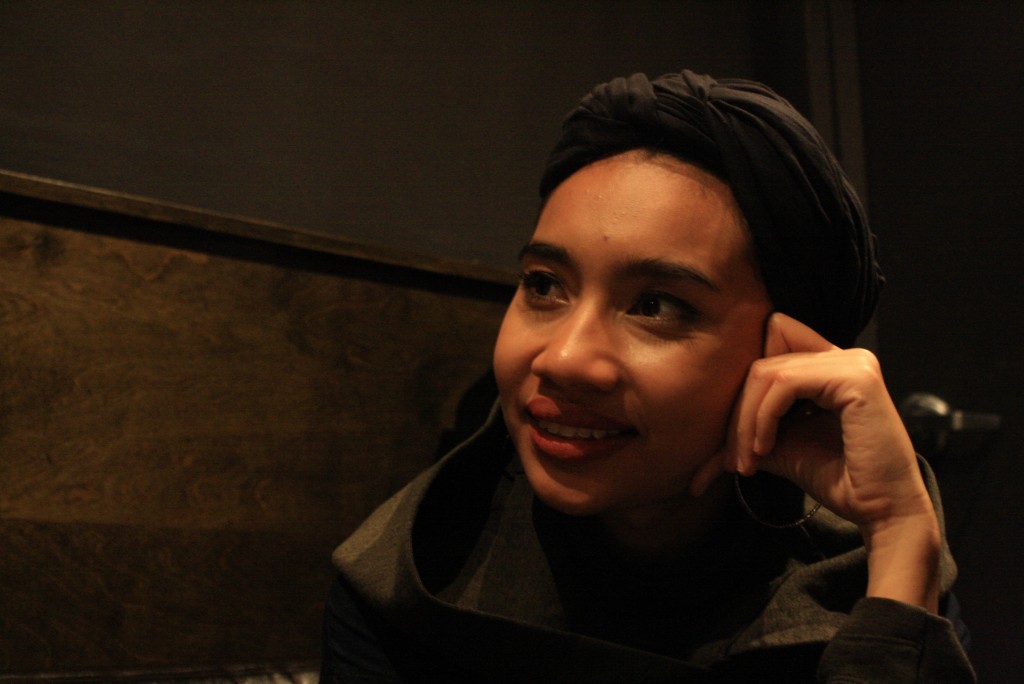 “I wasn’t brilliant at anything else. I was moderate in school … songwriting came naturally to me,” Yuna says. Photo by Amanda Gomez

Yuna entered the music scene at 21 while she was finishing up law school. After class, she would sing her own songs, guitar in hand, around neighborhood cafes in Malaysia’s capital, Kuala Lumpur. She approached a Malaysian recording label, but they thought it would be too “difficult” for her to wear a hijab and cross over to a larger market in the West, she said in an interview with WBUR. She said she spoke to other Malaysian labels who were looking for someone more “polished,” and ultimately she did not end up signing with anyone.

Instead, Yuna taught herself guitar and how to produce her own music, and recorded her first EP from her bedroom with financial help from her father. Radio stations and Internet listeners picked up the EP, and the U.S. industry started paying attention; management firm Indie-Pop flew her to New York to get a sign deal with Fader Label, the same label that signed indie-pop sensation Matt and Kim. Her first album spent 67 weeks on Billboard’s Uncharted list for new and developing artists, where it peaked at No. 2. 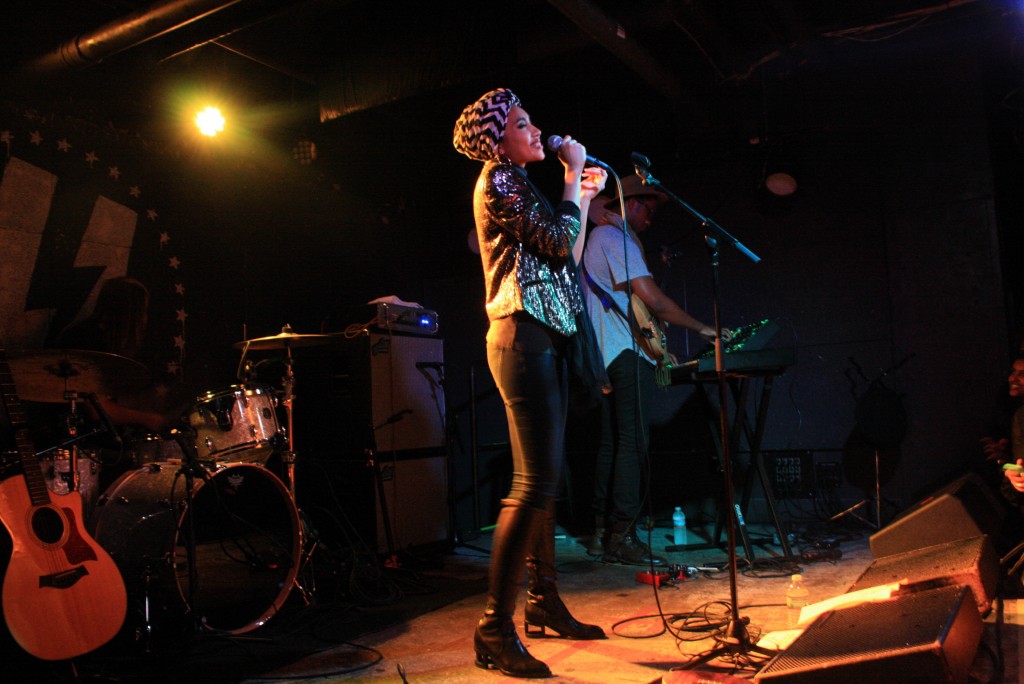 Yuna took a 22-hour flight from Malaysia before this performance at U Street Music Hall in D.C. last month. Photo by Amanda Gomez

Yuna’s sound is typically categorized as pop. Her song “Lullabies” sounds like a soulful Sia, with its similar melodies, soft kick drum beat and even softer keyboard.

The artist said her style of singing draws on classic black-and-white Malay films. “A lot of people think that because I’m from Malaysia, I’m driven by Malaysian sound but actually, it’s mostly just my melodies,” she said. Her song “Coffee” is also influenced by the Malay female belters she grew up hearing, including Malaysian pop star Ning Baizura, she said.

People unfamiliar with Malay musical films would categorize “Coffee” as jazz, she said. “Those films were influenced by the West — they were obsessed with Frank Sinatra. I guess music is very global.”

Yuna described her latest album as R&B-heavy, drawing on the American artists she grew up listening to, including Lauryn Hill, TLC and Aaliyah. After working with Pharrell, who produced her song “Live Your Life,” she felt more comfortable covering hip-hop artists like Frank Ocean and Drake, she said.

Her transition from Malaysia to the Los Angeles came easy, with only one major difference between her and other Californians: her love of whale-watching. “People think it’s very strange because I love whale watching — you don’t see whales a lot where I’m from.” To Yuna, the pastime is “magical.”

Left: "People were not used to to the idea of me being a Muslim singer," says singer and songwriter Yuna of her introduction to the  U.S. music scene. "They'd be like 'Oh, wow, you are a Muslim singer, can you do that?' like I’m a nun or something." Yuna spoke with NewsHour after performing at U Street Music Hall in Washington last month. Photo by Amanda Gomez