Zaha Hadid, the Iraqi-British architect known for the uncompromisingly bold designs that pushed the boundaries of architecture, died Thursday in Miami at 65.

Hadid, who became the first woman to win the Pritzker Prize in 2004, composed some of her greatest works with strong geometric forms and long curving lines, sometimes on a dizzying scale. She acknowledged her projects were always ambitious in a documentary by PBS member station WKAR on her work in 2014.

“My journey was in a way very difficult because I was relentlessly uncompromising,” she said.

Hadid began studying architecture in 1972 at London’s Architectural Association, setting up her own design firm by 1979. She would go on to design a number of groundbreaking projects across several continents, including the the Heydar Aliyev Center in Azerbaijan (2013), the Galaxy Soho building in Beijing (2012), the Eli and Edythe Broad Art Museum at Michigan State University (2012), the Guangzhou Opera House in China (2010) and the Rosenthal Center for Contemporary Art in Cincinnati, Ohio (2003). 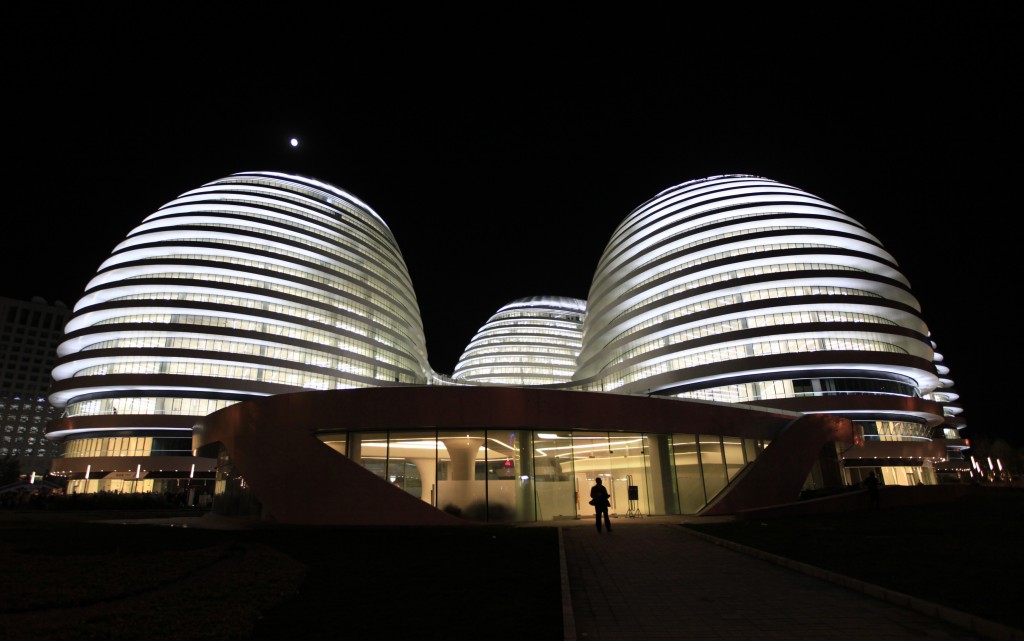 A visitor walks at the Galaxy Soho building, designed by Zaha Hadid, in Beijing on Oct. 27, 2012. Photo by Jason Lee/Reuters

Her designs, at the same time visionary and responsive, upended the norm of a box-shaped museum structure in favor of more innovative, site-specific buildings. The Eli and Edythe Broad Art Museum at Michigan State University, which took six years to complete, juts into the sky with a series of angular glass and steel walls. The design of the museum forces it to constantly shift with its surrounding environment, Alison Gass, a curator at the museum, told PBS.

“Even the exterior itself really changes and responds to the natural light. The museum looks completely different at sunset than it does on a snowy, crystal gray morning,” she said. “Walls tilt and windows tilt and you find yourself at times almost having to re-calibrate your position in space by virtue of the visual world you’re seeing around you.”

Hadid’s designs drew on the sociopolitical context of the environment in which she worked, often resulting in visionary work that looked to the future. “This extraordinary building was built at a time when there was great economic duress in the state of Michigan and for a large part of the country, it’s a triumphant statement that culture prevails over hard economic times,” Min Jung Kim, deputy director of the Eli and Edythe Broad Art Museum, told PBS.

But sometimes, the large scale of her proposals became a barrier for their completion. Hadid was working on a design for the 2020 Olympic Games, which will take place in Tokyo, when it was scrapped last year over its $2.5 billion price tag. The New York Times noted that some of her early work was never built, lacking the wealth of resources needed to drive it to completion.

Hadid won the Pritzker Prize, architecture’s top honor, in 2004. Her path there was “not been traditional or easy,” the jury citation for the prize noted. “Each new project is more audacious than the last and the sources of her originality seem endless.”

See more of her designs below. 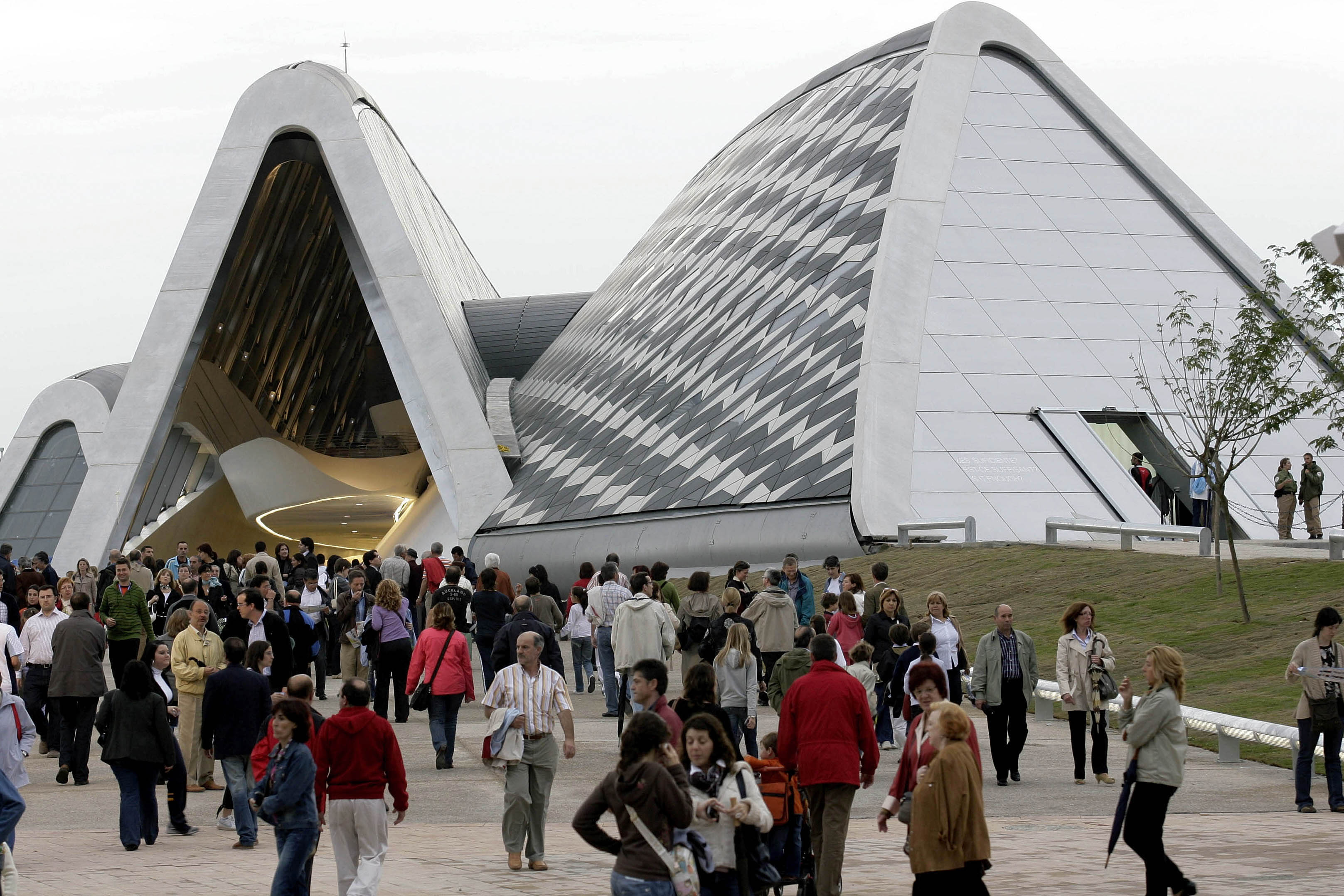 Visitors walk on Bridge Pavilion on Ebro river during a preview of Expo Zaragoza June 11, 2008. The world’s fair, bearing the theme of “water and sustainable development”, opens on June 14. Photo by Luis Correas/Reuters 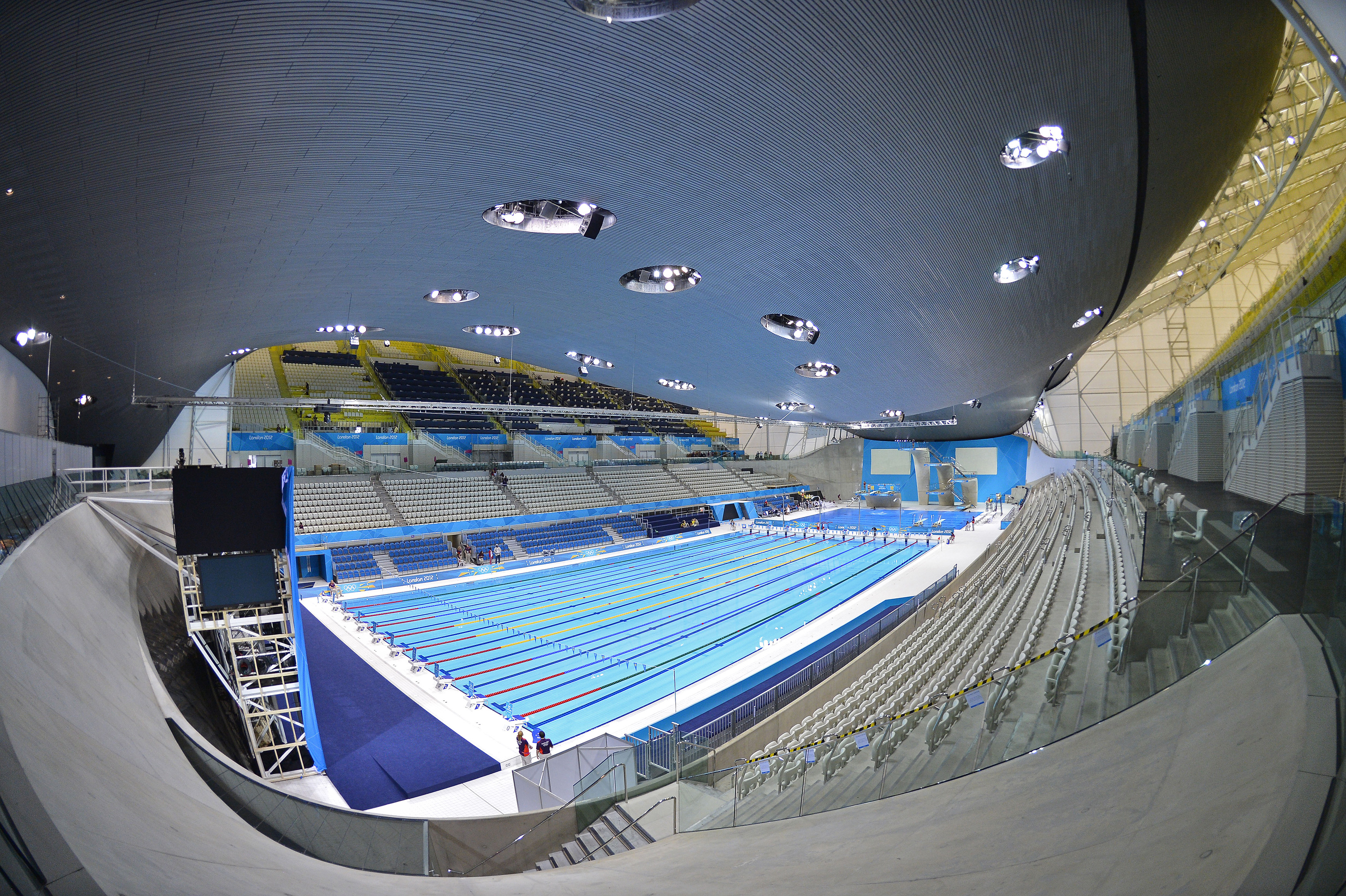 A general view is seen of the Aquatics Centre at the Olympic Park in Stratford, the location of the London 2012 Olympic Games, in east London July 19, 2012. Photo by Toby Melville/Reuters 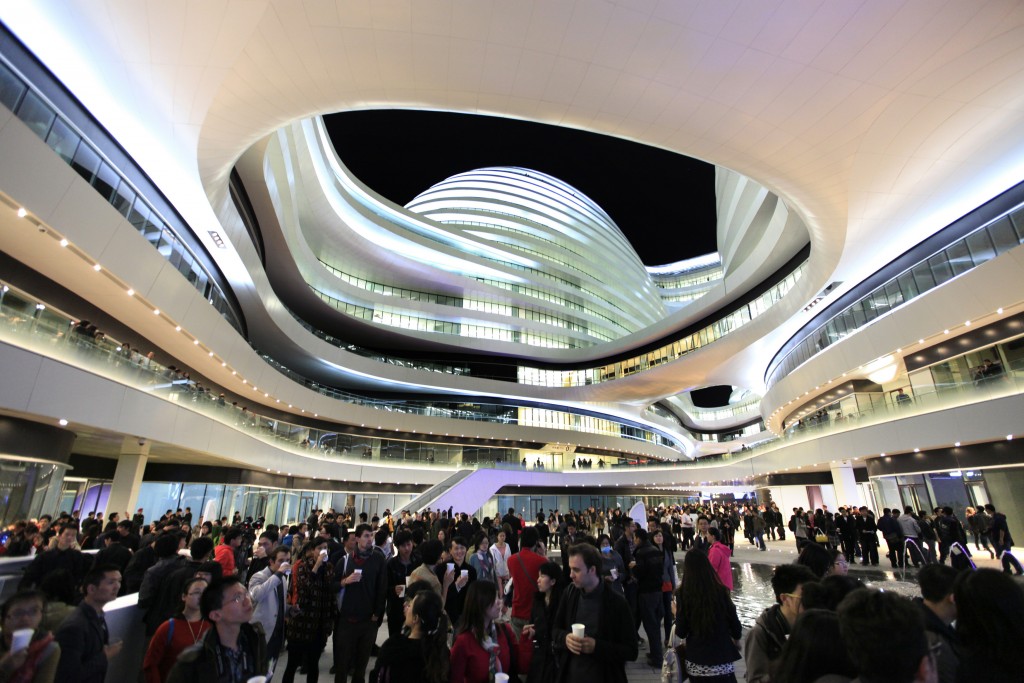 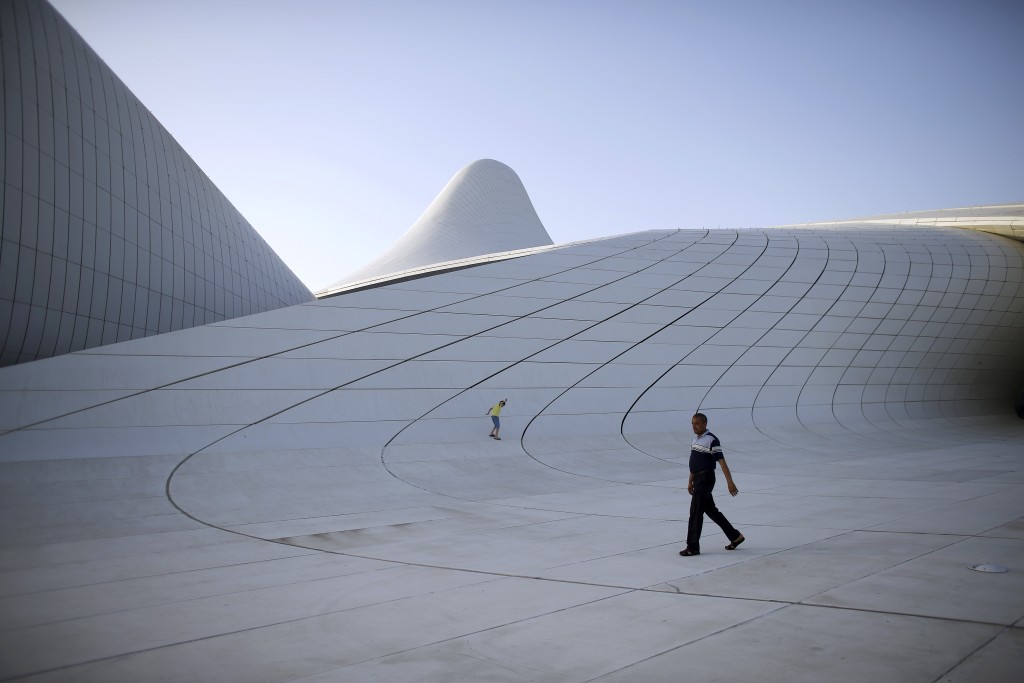 A man and a boy walk outside the Heydar Aliyev Center, ahead of the European Games in Baku, Azerbaijan, on June 11, 2015. Photo by Stoyan Nenov/Reuters 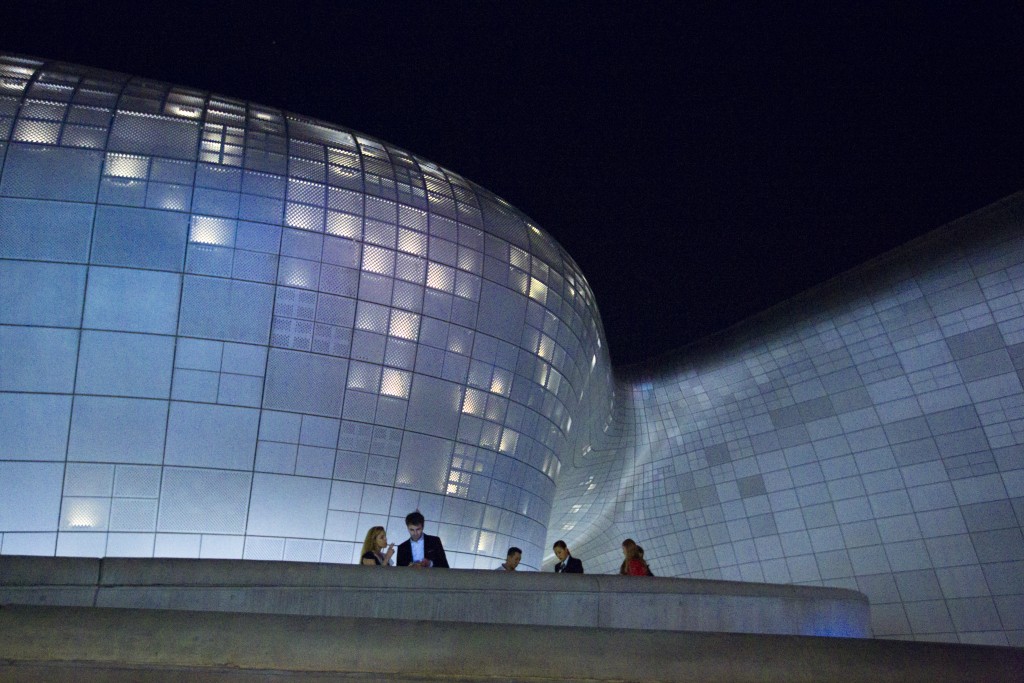 Guests stand outside the Dongdaemun Design Plaza after the Chanel Cruise Collection 2015/16 fashion show in Seoul on May 4, 2015. Photo by Thomas Peter/Reuters