After a disappointing first quarter and slower growth in March, the U.S. economy added 211,000 jobs in April, putting us on track to close the jobs gap — the number of jobs needed to return to pre-recession employment levels — within the year.

Other good news: The unemployment rate ticked down to 4.4 percent — its lowest since 2007.

What you should know:

1. We’re in the home stretch of recovering from the Great Recession …

The job growth was widespread. And there were important declines in adult male unemployment (4.3 to 4.0 percent) and the U-6 broadest measure in unemployment (8.9 to 8.6 percent), driven by a decline in those working part-time for economic reasons. Average hourly earnings were also up.

2. … but we’re not fully recovered yet

This morning’s jobs report also had some signs of just how soft the recovery has been. 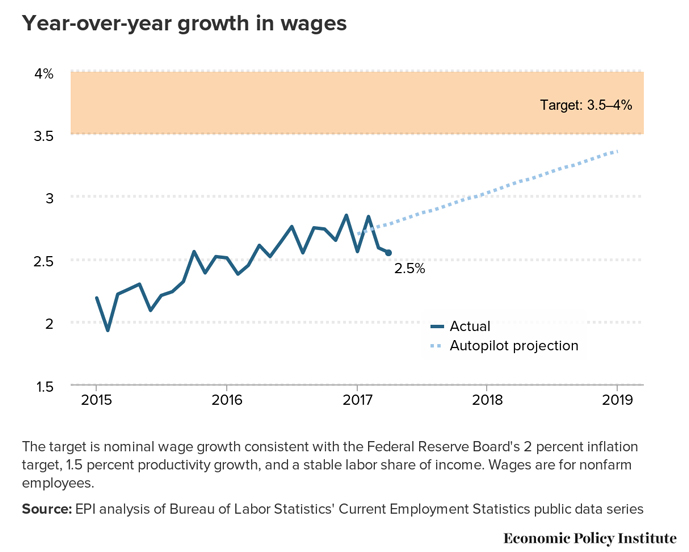 3. Part-time and less educated workers are starting to benefit.

Over the past year, the unemployment rate has fallen sharply for those with only a high school degree or those with less, and that trend continued this month. The long-recovery has also led to a decline in the long-term unemployed, and a sharp decline in people working part-time jobs who would prefer full-time work.

4. Could the Fed raise rates in the near future?

We saw a fall in key measures of unemployment, and a declining participation rate — suggesting that discouraged workers are unfortunately not re-entering the labor market. These strengthen the case for the Fed to hike interest rates,possibly as early as June.

5. Monthly reports aren’t as important as the trend we’re seeing over time.

Don’t focus too much on any individual month’s report. We learned this morning that job growth rebounded following last month’s disappointing report, but regardless of the specifics of this month’s numbers, we would always have walked into the weekend thinking that we are in an economy that is consistently creating about 200,000 jobs per month — enough to slowly bring the labor market back to full health.

The economy is continuing its steady recovery from the recession and is on it’s way to full health.

Interviews above were lightly edited for length and clarity.

Left: "This looks like a labor market in the home stretch of recovering from the Great Recession,” economist Douglas Holtz Eakin said. Photo by Brian Snyder/Reuters