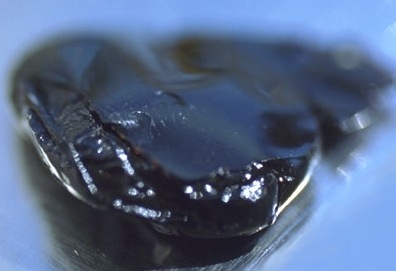 Lest the name “black tar” fool you, this dark and muddy blob is actually the newest and purest form of heroin hitting the market. Black tar dealers are cashing in by selling cheaper high-quality highs to former prescription drug users in middle-class communities across America.

Not long ago, we visited one of the many new venues vulnerable to heroin addiction in America: old-timey Crawford County, Ohio. And a more recent New York Times story further chronicled the startling drug craze.

Nestled between major urban hubs, Columbus and Toledo, Crawford County, with 47,000 residents, a median household income of $32,000, and a broken-down industrial base, is a sitting duck. As jobs and hope have left town, stress has mounted dramatically.

Prescription painkillers and anti-anxiety meds provide a relatively easy fix, paid for with OPM*. But they can be highly addictive. And what happens when you can’t convince your doctor to keep prescribing? Buy on the open market? A rich radio personality like Rush Limbaugh may be able to afford a hard-to-break habit. (In 2003 prosecutors charged him with “doctor shopping” after learning that four doctors had prescribed him about 2,000 pain pills in six months.) But few people in America’s industrial blight land have Limbaugh’s resources.

The heroin revival, says Drug Enforcement Agent agent Anthony Marotta of Detroit, “is being driven by prescription pills.” With oxycontin or “OC” pills fetching $80 apiece on the black market, “people can’t afford $300 a day so they’re paying $15 to $20 bucks a balloon [of heroin].”

Balloons full of Black Tar Heroin seized in Ohio. Images via the Department of Justice.

As agent Marotta points out, for just $15 to $20, users can purchase a small “balloon-full” of approximately a tenth of a gram of Mexican black tar heroin to get a high equivalent to half an 80 milligram opioid pill – some $40-worth.

The Department of Justice calculates that “abusers could maintain their addiction with two grams of heroin daily, at a cost of one-third to one-half of prescription opioids, depending on the area of the country and the purity of that heroin.”

In other words, heroin has become a down-market alternative – an increasingly attractive one in battered economies like Crawford’s. And the declining market price of black tar heroin has made the drug more popular among the young, further fueling its spread.

“We see here, amazing to me, a fair amount of heroin addition,” says Dr. Johnson, who grew up in the county. “We’ve had a number of heroin overdose deaths in the last five or six years which, the first year I was coroner, we just didn’t see any of that.”

Some might accuse Dr. Johnson of typical Midwestern understatement. In 2008 alone, Ohio had more drug-related overdose deaths than traffic fatalities.* According to the Drug Addiction Treatment Center, the rise in heroin abuse in Ohio among young, suburban Caucasians “resulted in a 66 percent increase in heroin-related treatment admissions” between 2004 and 2008.

But it’s not just increased demand for psychic pain relief that’s driving the dramatic increase in heroin use in counties such as Crawford. As it turns out, growing demand is being more than met by an ever more expansive supply and sophisticated market. Years ago, “keeping close to your customer” became a catchphrase in American business. The heroin industry seems to have taken it to heart. 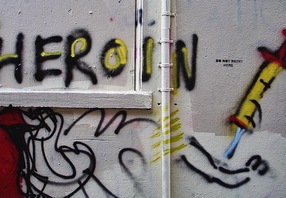 Black tar dealers employ what is referred to as a “Pizza Hut/Domino” delivery model. After a phone order, dealers will come to you at your preferred drop-off location – be it at home or an undisclosed parking lot. After the hand-off is complete, the dealer follows up with a phone call to ensure users received a satisfactory high. Simplifying the transaction also keeps it inconspicuous, a consumer benefit in quiet suburban communities.

Personalized selling has helped black tar heroin dealers nurture a steady clientele; first-time customers, pleased with the quality and service, come back for more – of a product they increasingly can’t resist.

The entrepreneurial spirit of the black tar heroin market, in the U.S. and in Mexico, has further facilitated the chain of Mexican black tar sources largely operate out of Mexico’s Pacific Coast, more than 1,000 miles away from the border. In Nayarit, Xalisco, producers have easy access to poppy seed production. Together, producers and farmers tightly control the supply of black tar heroin by limiting the quantity of production. Unlike drug cartels along the border, these cells operate in small franchise networks without the fuss of the middlemen. 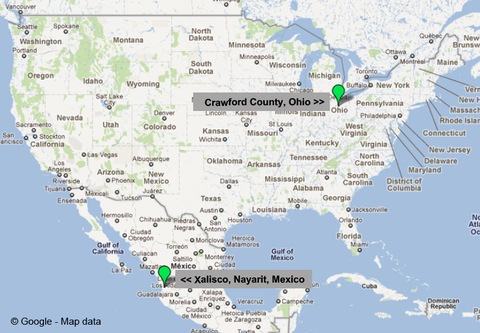 From Mexico, runners transport the drug to the East Coast either by plane from Phoenix or Los Angeles to Columbus or by car over the southwest border – again to Columbus and Charlotte, North Carolina.

From these hubs, local dealers can dispense to smaller towns and cover the country.

“Charlotte and Columbus are important crossroads that connect the East and West, North and South…the hub of the spoke system, which then subdivides into secondary and tertiary places,” said Eric Olson at the Woodrow Wilson International Center for Scholars, Mexico Institute.

As Anthony Marotta points out, the Buckeye State is not known as a drug entrepot.

“This is Ohio we’re talking about not Miami,” says Marotta. And yet, “Colombus is not only an end for this stuff but a [trafficking] source for the supply of other places.”

While the debate heats up about the War on Drugs, law enforcement and Mexican black tar runners continue to skirmish. In the case of Ohio, the outlook is grim. According to a 2010 Drug Traffic Analysis produced by the Department of Justice,

analysts expect that heroin will surpass cocaine as the greatest drug threat to the Ohio HIDTA (High Intensity Drug Traffic Area) region as Mexican drug trafficking operations continue to increase the availability of Mexican heroin throughout the region. Heroin abuse will continue to rise and more prescription opioid users will switch to heroin because of the drug’s availability and lower cost.

Agent Marotta’s prognosis? “You just can’t keep up with the epidemic of this stuff,” he says.

An update on today’s post from the Office of National Drug Control Policy: Ohio is by no means the only state in which drug related deaths now outnumber car accident fatalities, as illustrated by the following map: 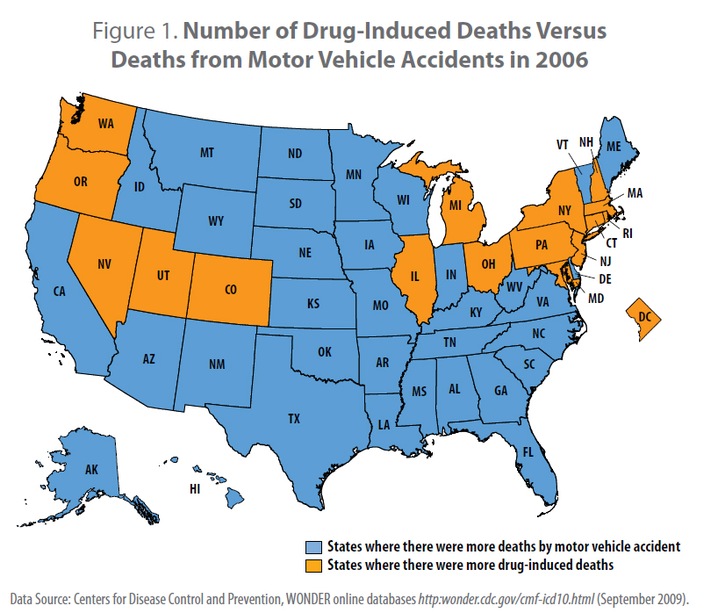 *Correction Aug. 24, 2011 | A few of you have written to question the following statement, made in the Making Sen$e post of Aug. 18: “In 2008 alone, Ohio had more heroin-related overdose deaths than traffic fatalities.” We’ve contacted the Drug Enforcement Agency’s Anthony Marotta, from whom the statement original came, to check. It turns out that Agent Marotta had his facts wrong. We’ve corrected the line to read, “In 2008 alone, Ohio had more drug-related overdose deaths than traffic fatalities.” The most common drug-related OD? Oxycontin. We apologize for the error and thank our readers for their swift and insistent notice, Twitter’s @CineBex in particular.