A snapshot of the coronavirus pandemic’s impact on working families

The outbreak of the novel coronavirus has profoundly affected many American families. The speed with which economic conditions turned as a result of the coronavirus pandemic — changing drastically from one week to the next — makes it difficult to capture the impact of the shock in a timely manner. We use real-time data on hourly service workers and find that the coronavirus crisis has already led to drastic reductions in work hours, income and family well-being. Our results come from surveys we gathered from hourly service workers with a young child in a large U.S. city that has had a typical progression of the crisis: it closed schools and nonessential businesses early in the week of March 16, and had several hundred confirmed COVID-19 cases as of March 25. 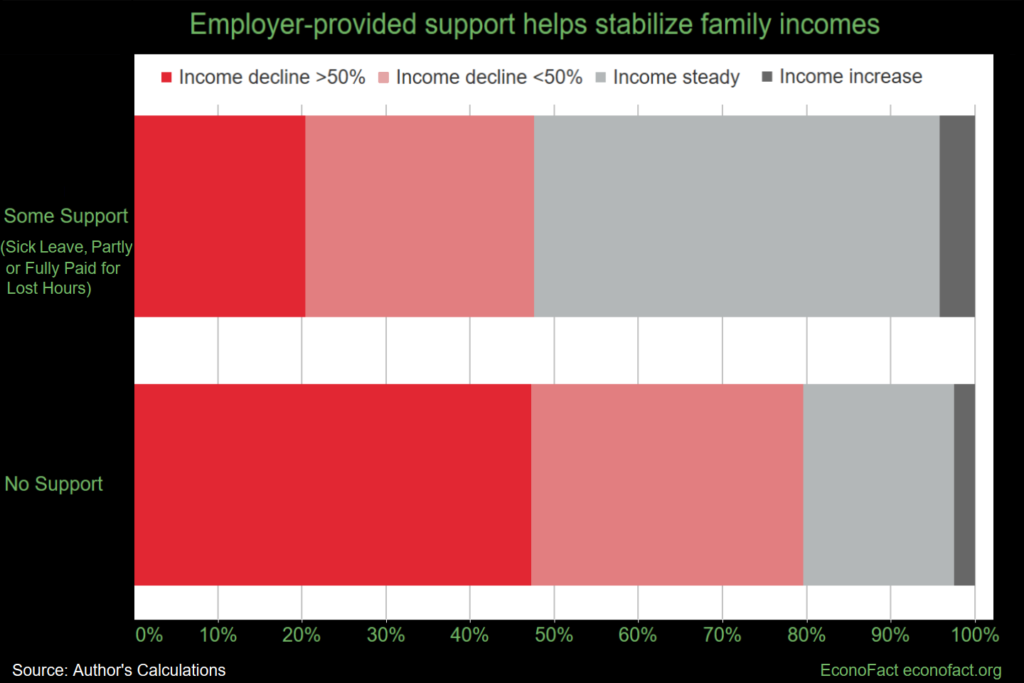 As the coronavirus crisis has intensified, low-wage working families immediately experienced drastically reduced work hours and layoffs. The economic and psychological consequences for families have been severe. Although employer-provided supports have helped some families maintain income, these efforts reach fewer than half of families, and the broad set of public policies that were immediately enacted have reached even fewer. Vulnerable families’ circumstances will only worsen unless efforts to reach them greatly intensify immediately.

This article was published by Econofact on March 30, 2020. You can find the original post here.

Left: People gather at the entrance for the New York State Department of Labor offices, which closed to the public due to the coronavirus disease (COVID-19) outbreak in the Brooklyn borough of New York City, U.S., March 20, 2020. Andrew Kelly/Reuters

Elizabeth Oltmans Ananat is the Mallya Chair in Women and Economics at Barnard College, Columbia University.

Anna Gassman-Pines is associate professor of public policy and psychology and neuroscience at Duke University.